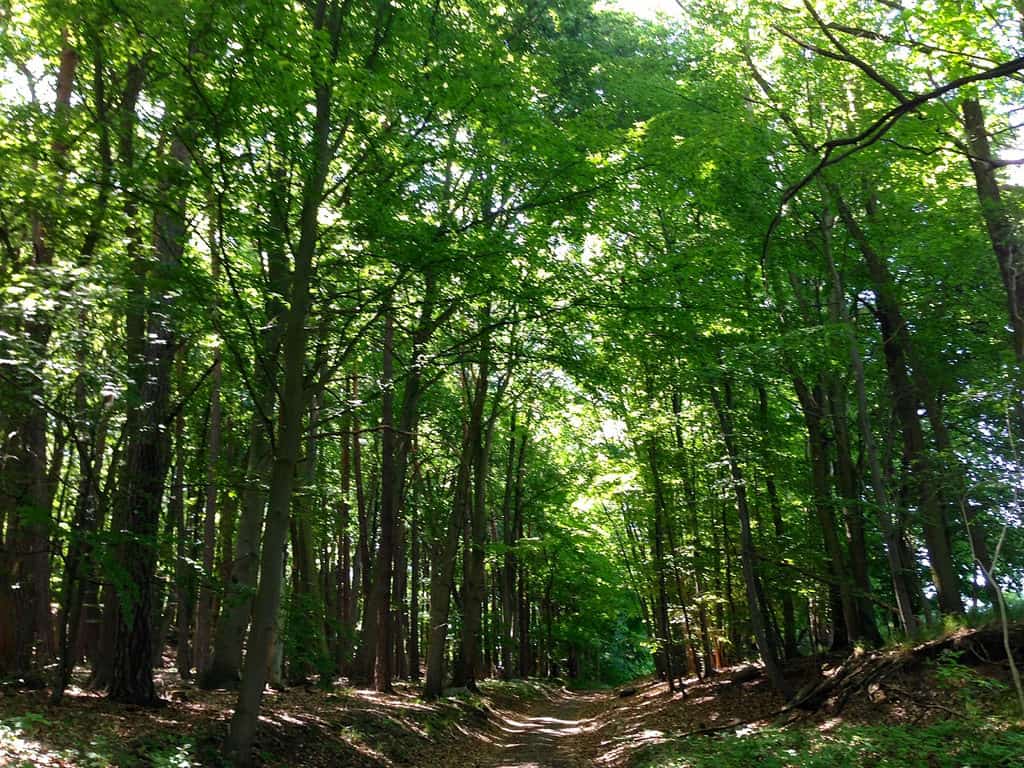 In my search for world heritage, the important places on the planet, those worthy of special protection for the future, I sometimes find myself in somewhat curious situations. This time, I am looking for trees. Beech trees, to be specific. Fagus sylvatica.

Of course, we know trees are vital to our survival. And that we’re not doing nearly enough to look out for future generations when it comes to taking care of the world’s forests. But what’s so special about beech trees? Thus reads the inscription:

Since the end of the last Ice Age, European Beech spread from a few isolated refuge areas in the Alps, Carpathians, Dinarides, Mediterranean and Pyrenees over a short period of a few thousand years in a process that is still ongoing. The successful expansion across a whole continent is related to the tree’s adaptability and tolerance of different climatic, geographical and physical conditions.

A tree that is so adaptable it is expanding. A hopeful tree. Hope for future generations. That’s how I interpret it.

Ancient and Primeval Beech Forests of the Carpathians and Other Regions of Europe. That’s a long and clunky name. But necessary, I suppose, considering the property reaches across Europe from Spain in the west to Ukraine in the east.

Germany is one of 12 countries covered in this trans-boundary property. Five forests are included in the German part; I am in Grumsiner Forest Nature Reserve in Brandenburg, about one hour south of Berlin. To get here, I took the train from Berlin Hauptbahnhof to Angermünde, then a slightly turbulent, but fun 30-minute bus journey to the tiny village of Altkunkendorf.

In Altkunkendorf, there is a visitor centre that can help with info on trails and hikes. But it isn’t open when I arrive, so I just start walking. Past houses and farms, along a dusty road, and finally into the forest. 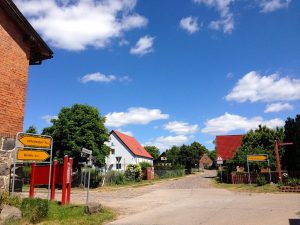 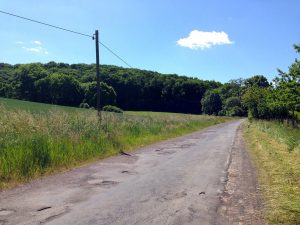 This is lovely! With every breath, oxygen. A brief cloud of fog. Leaves rustling beneath my shoes. Tall, beautiful beeches. The tallest specimens in the world, as a matter of fact.

At times, the sun peeks through branches high above me, but mostly it is quite dark. Not another soul to be seen here in the ancient beech forest. Who might I meet around the corner here? Is that a flicker of movement I see behind the tree over there? Is it the one who left that bicycle casually propped up against that tree there? 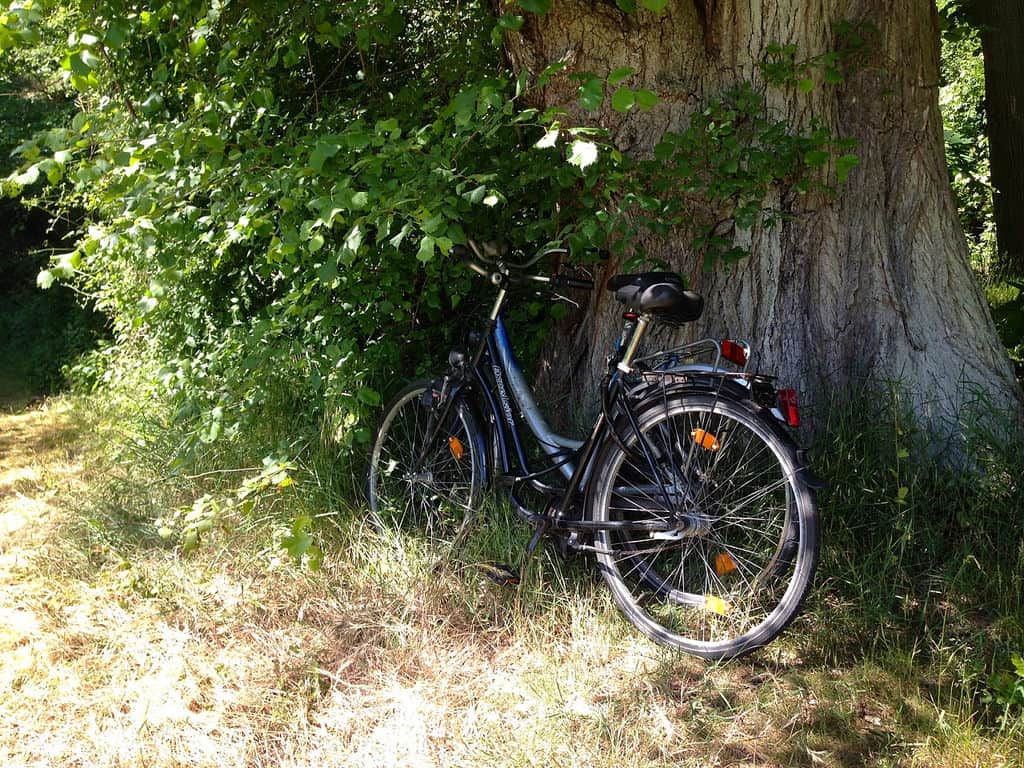 Who rides, so late, through night and wind?
It is the father with his child.
He has the boy well in his arm
He holds him safely, he keeps him warm.

It takes hardly any flight of fancy to picture a character from one of the many dramatic German stories and poems. At any moment I expect to see the Vater mit seinem Kind – riding so quickly durch Nacht und Wind, that thought-provoking, tragic poem I remember from my childhood, about a father trying to save his young son from the clutches of the Erlkönig, the Erl king. Spoiler alert: he fails – no happy, unrealistic Hollywood endings in 18th century German poetry.

Suddenly, a deer crosses the path right in front of me. For reals. Now, that’s a common enough occurrence even at home. Yet, this one stops, and we lock eyes for what seems an eternity, but probably is but a second or two. Connection? A moment of magic? Or is my imagination finally getting the better of me as I’m wandering alone through the dark forest? 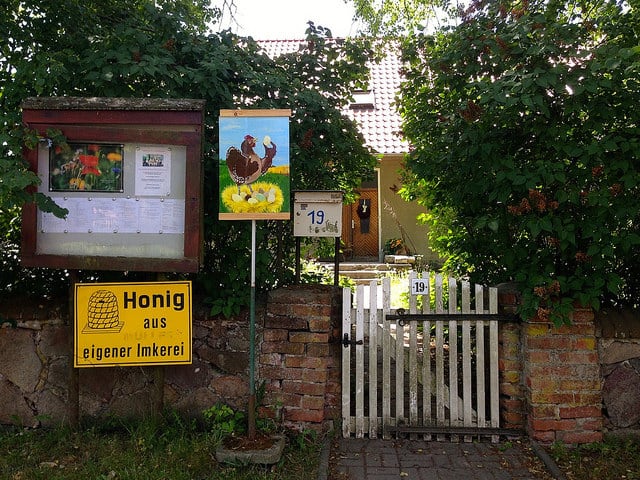 Hours later, as I stand waiting for the bus back to Angermünde, I am pondering the fact that all this was once – not so long ago – behind the infamous Iron Curtain, under the yoke of one of the most repressive regimes in history, Deutsche Demokratische Republik.

I also reflect on the fact that I’ll likely never see Altkunkendorf again. That’s true of so many places, of course – probably most. I don’t normally give it a second thought. But something about this little dorf speaks to me. Can’t put my finger on it. Is it the beech forest and the feeling of walking through a fairy tale? 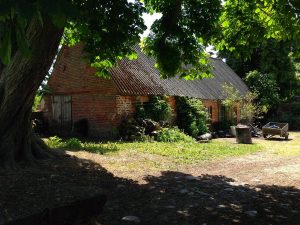 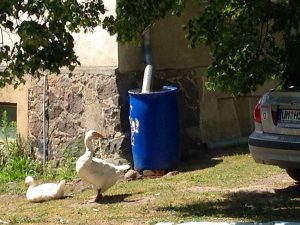 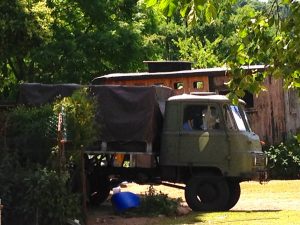 Is it the curious house by the bus stop, where chicks and geese roam freely, guarded by a dog with a wounded ear – who barks when I approach, but stops as I begin talking to him? The house with the old truck in the front garden that looks like it might have been there since the war? Maybe all of this. The timelessness of this sleepy little village by the forest. Hypnotic!

When the bus finally arrives, I climb on board with a very real sense of melancholy. Yearning. For something just beyond my grasp. 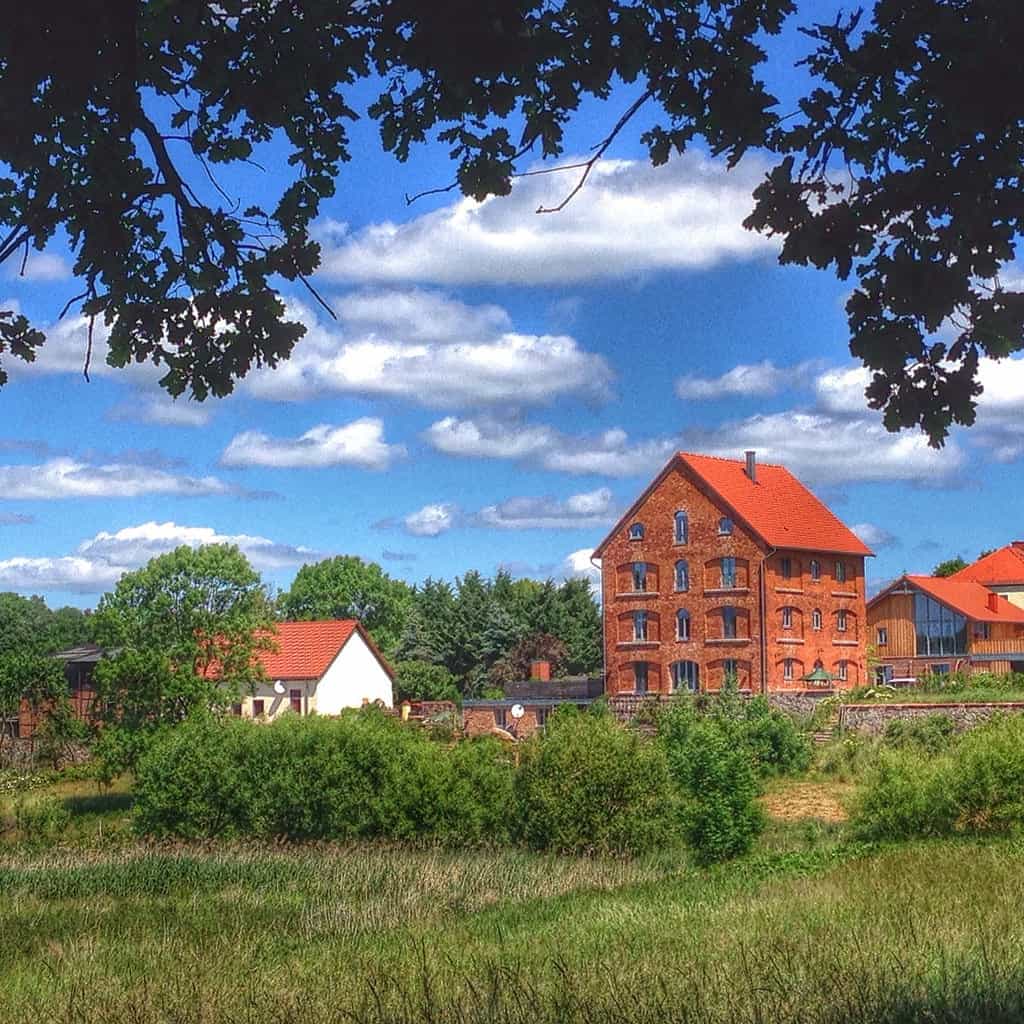