Yet another day out Beirut: Byblos, the world’s oldest city?

Is ancient Byblos the world’s oldest continually inhabited city? Others make the same claim: Damascus and Aleppo in neighbouring Syria, and Jericho in Palestine, also in the general vicinity. Byblos was founded 7 000 years ago. Some say 9 000, some say 10 800. Either way, people have lived and loved here for a long time. 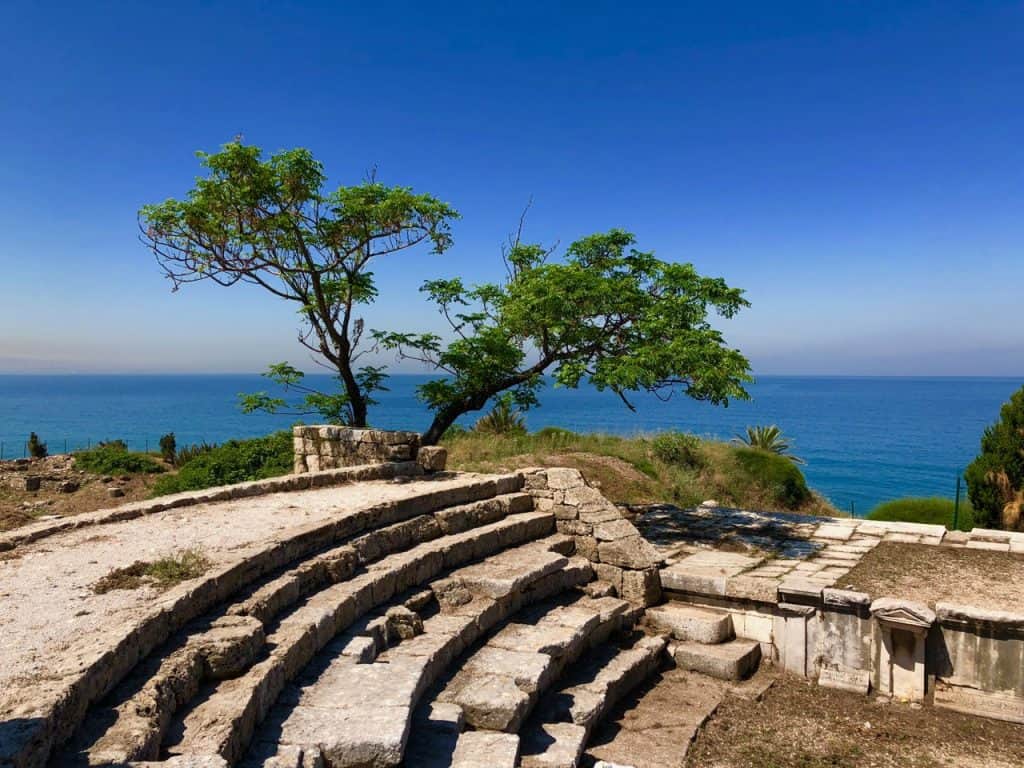 So I’m in Jbeil! That’s the present-day Arabic name of this city. It has had other names, as well: Gebal, Gibelet, Gubal… However, it’s its historic name that has left its mark on the world.

No surprise then, that Byblos gave us the precursor to our alphabet. Phoenician was the first alphabet where each consonant was represented by a symbol. 22 letters. Normally, vowels were left out in Phoenician spelling, much like Arabic. I’ll have to cheat a little to make sense (to me, at least):

That spells my name – as it is pronounced. Well, close enough. From right to left: SOFI. Try yours!

The Crusader Castle in Byblos 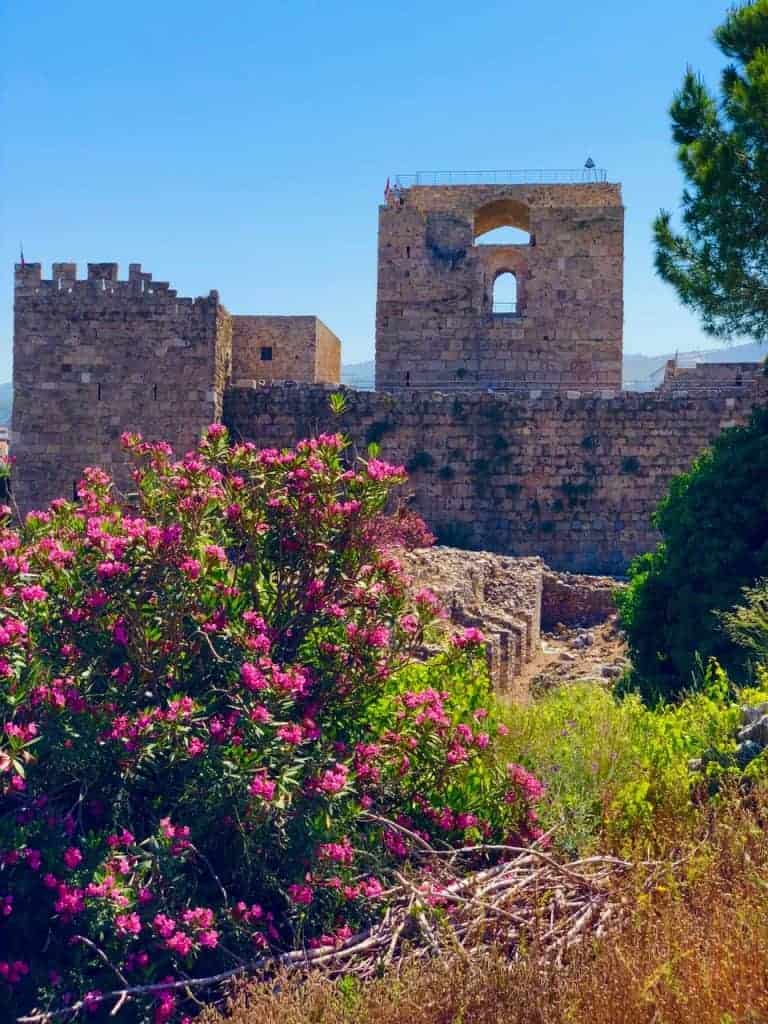 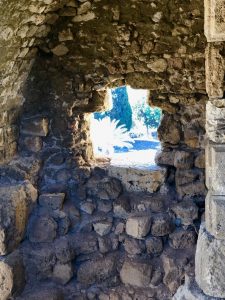 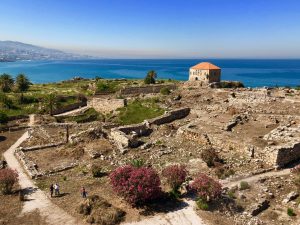 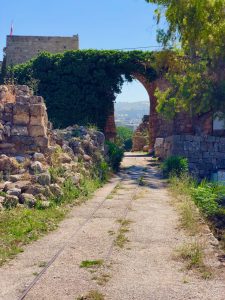 The castle in Byblos is from Crusader times, the 12th century. It’s practically a teenager then, compared to the surrounding sights: the Phoenician necropolis, the Egyptian temples, the Roman amphitheatre.

There’s also a classical Lebanese house in the grounds, to illustrate the present ground level in the terrain, in relation to archaeological excavations. 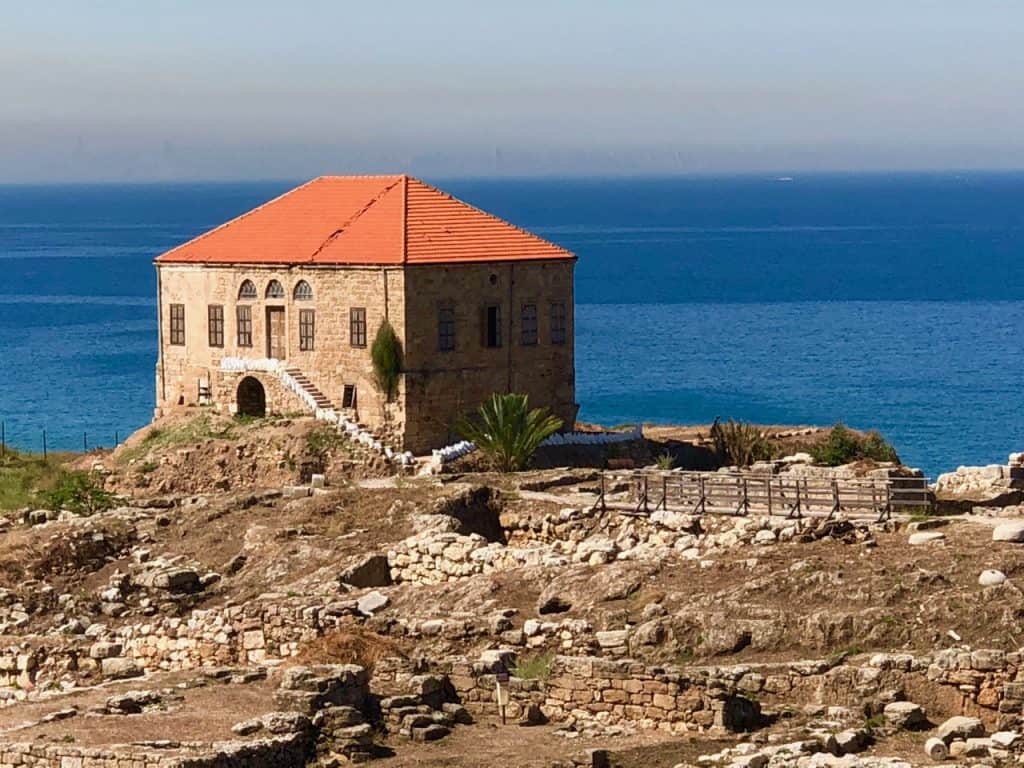 The Crusader Castle is the most important sight in town, located right next to … 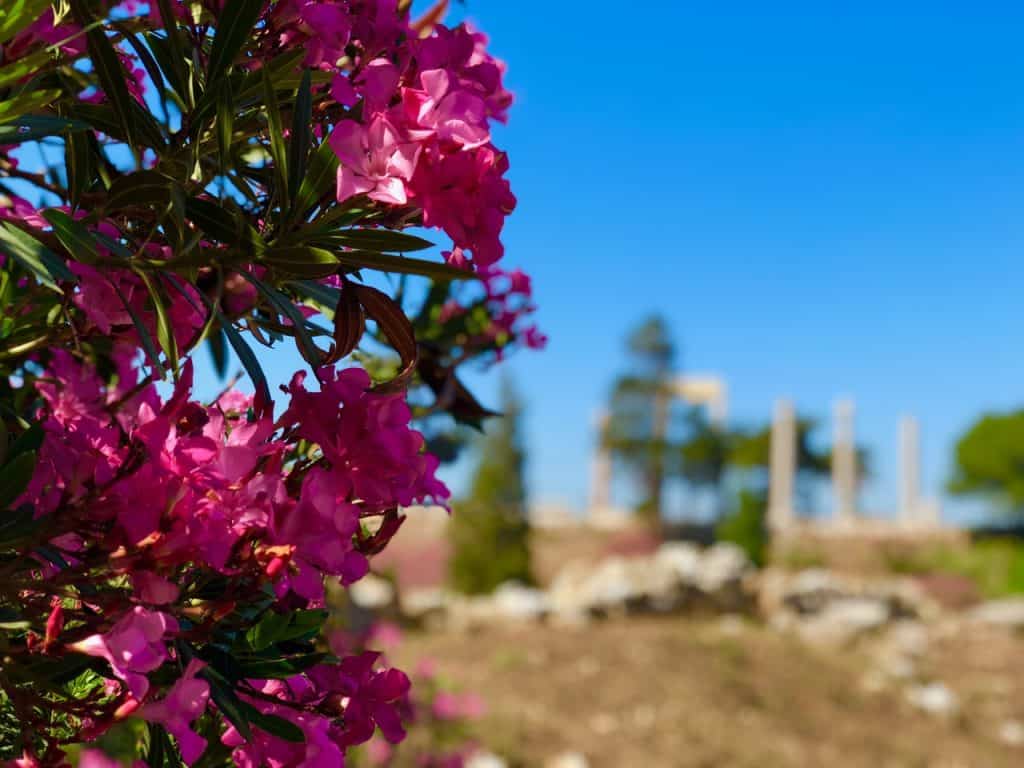 The old market in Byblos is full of cosy, creative restaurants (both menu and decor), cobbled streets, interesting architecture, and colours. Always colours. 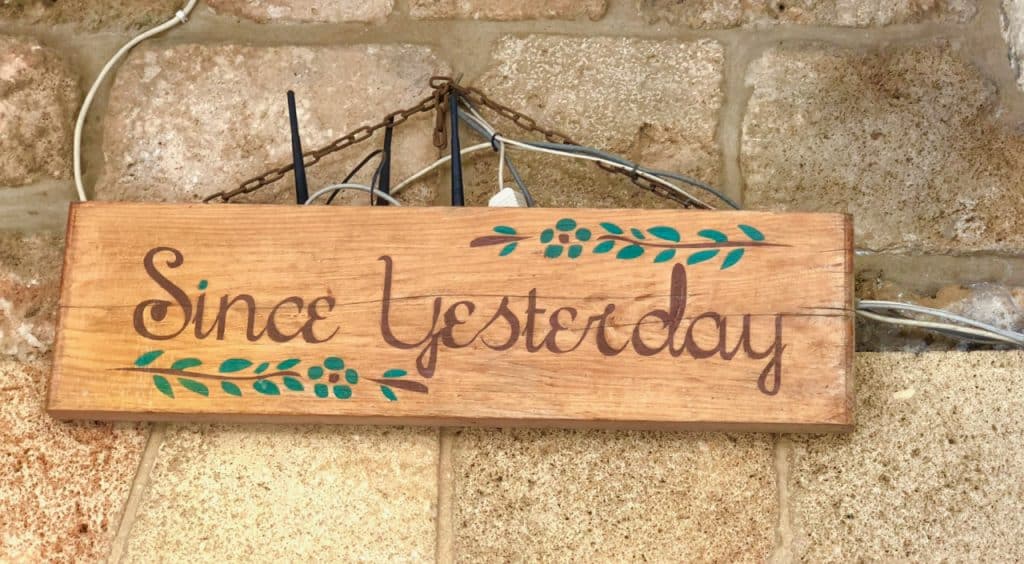 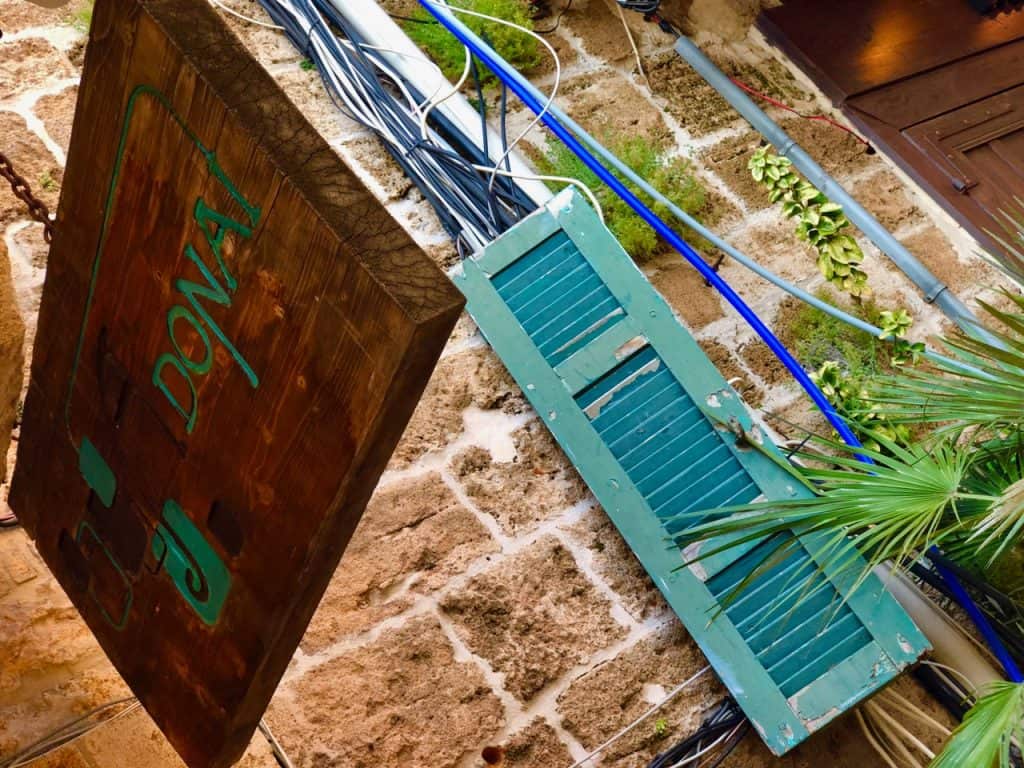 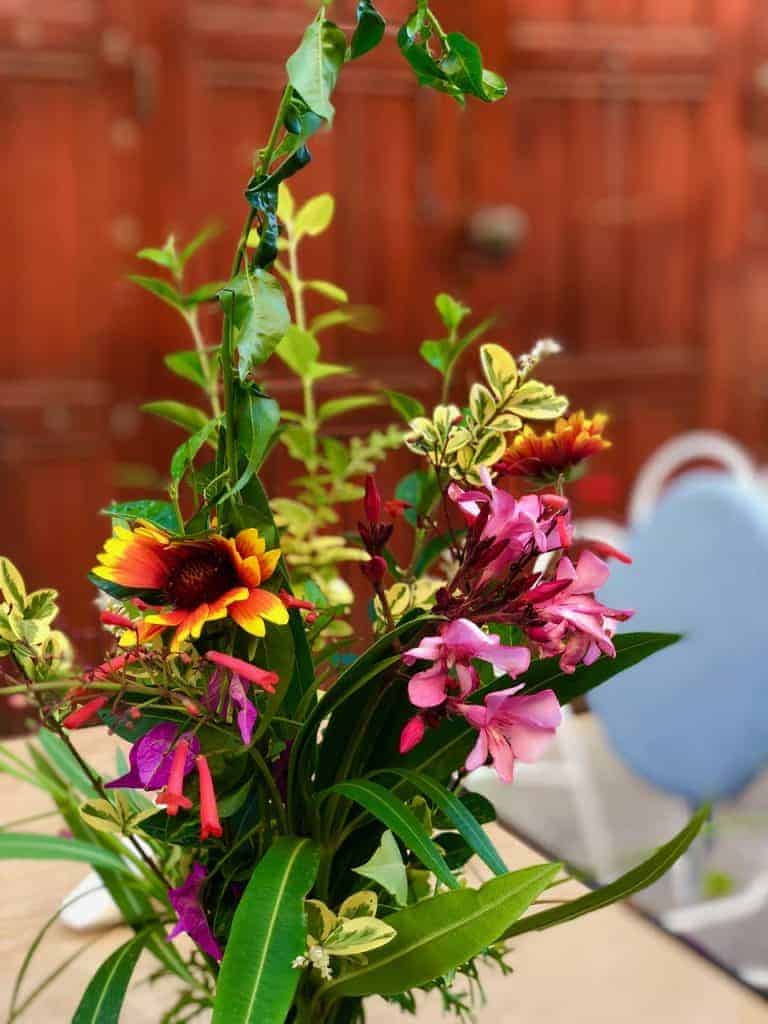 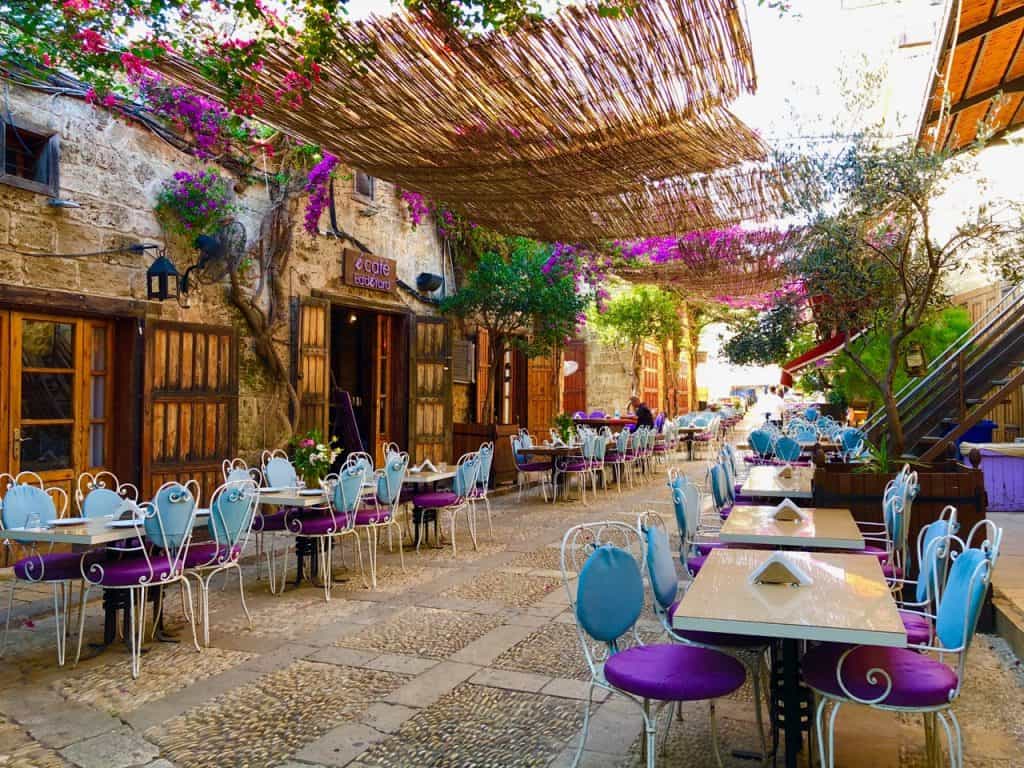 That is my lingering impression of Lebanon. Technicolours. It’s a most photogenic country. 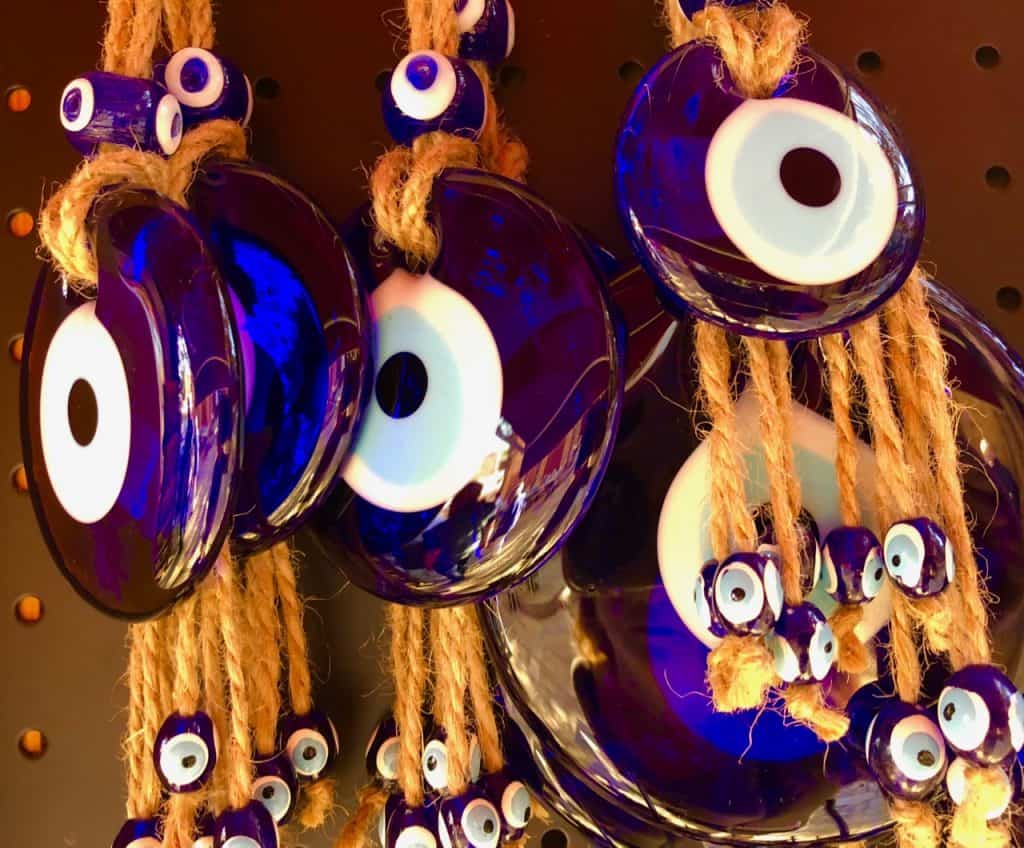 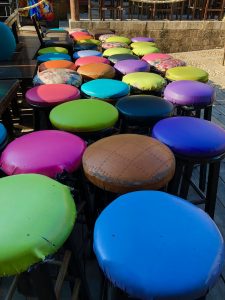 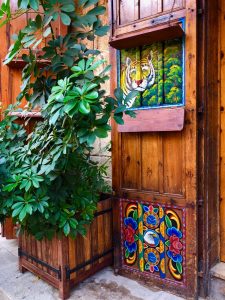 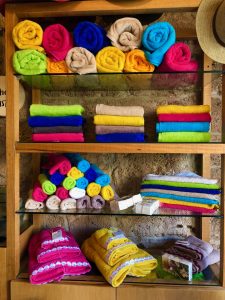 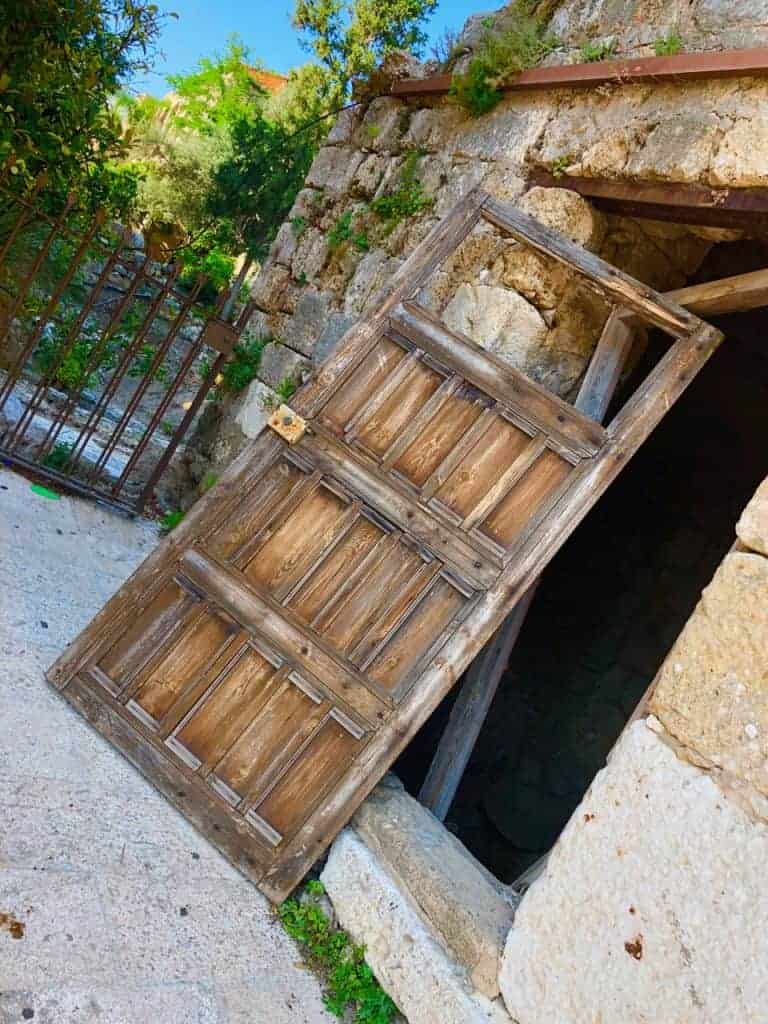 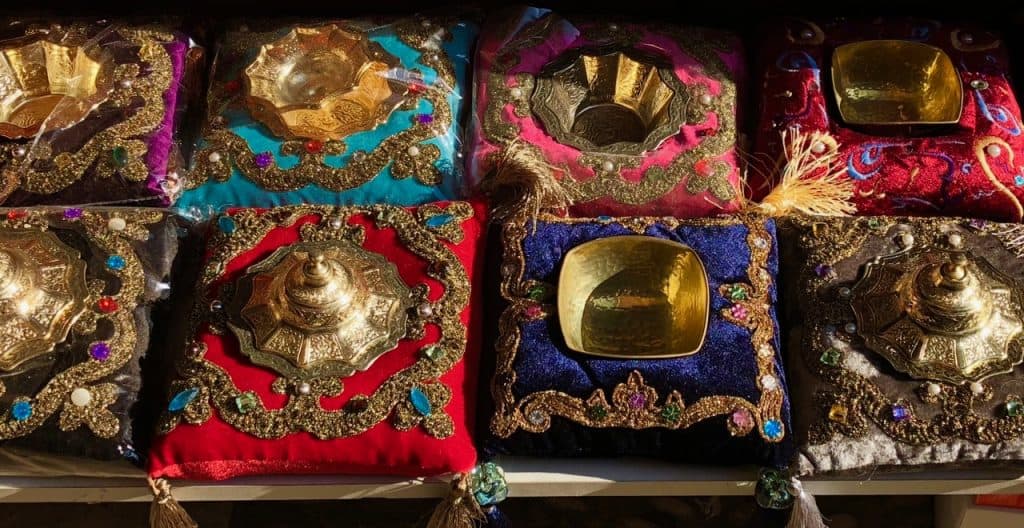 Portal to the souk: 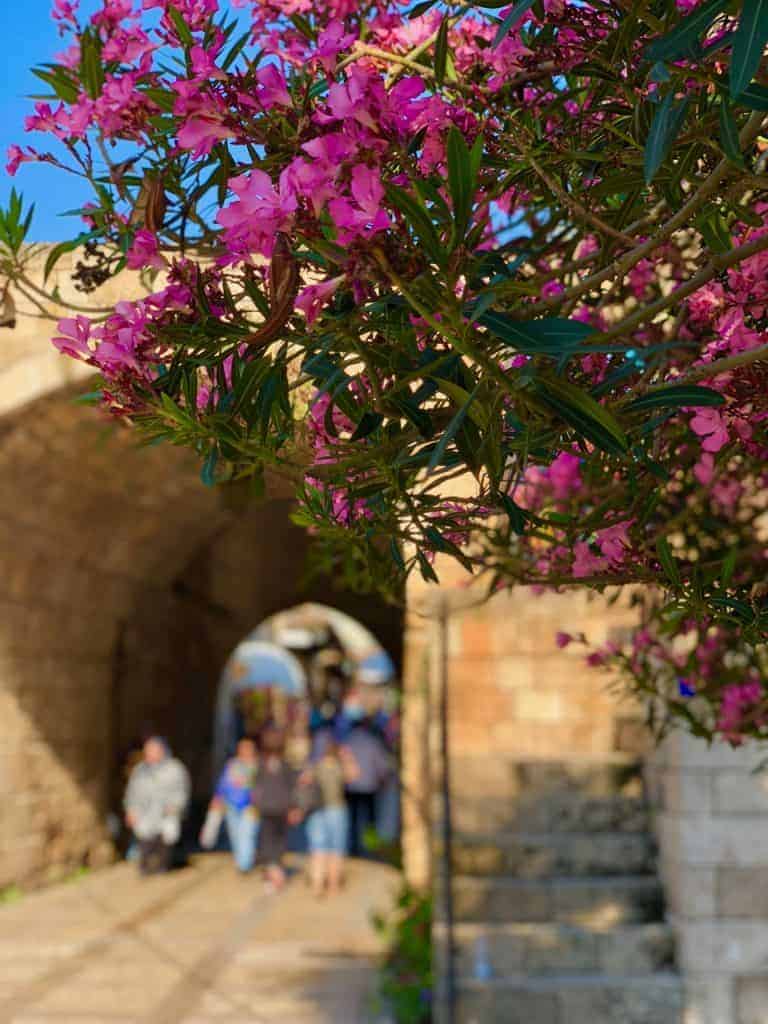 Being frightfully colonial here, but we couldn’t resist sundowners on the hotel terrace, overlooking the sun setting on the Mediterranean – 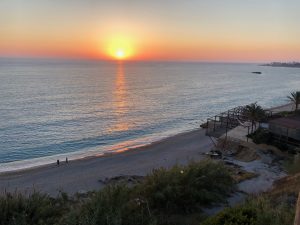 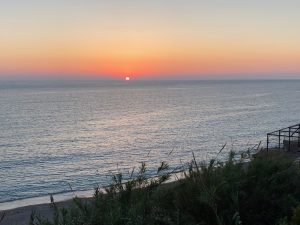 – before walking to the small harbour (reminiscent of a small Greek island). It is thought this little harbour was used for fishing, even in Phoenician times, as it isn’t deep enough for the ships they used for trade. Archaeologists still haven’t found the location of the ancient port. I’m delighted to know there are still mysteries to be solved! 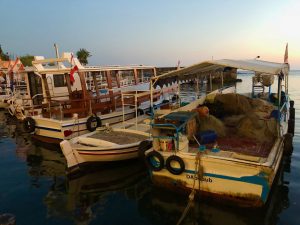 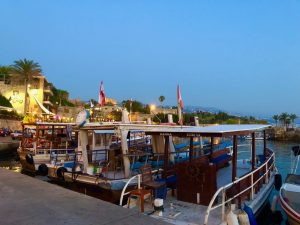 By the little harbour are several lovely fish restaurants with amazing views. We had dinner at Pépé’s Fishing Club, where you choose a fish and pay according to weight. Fell off the bone, practically. Delish! My two fellow travellers agreed wholeheartedly. 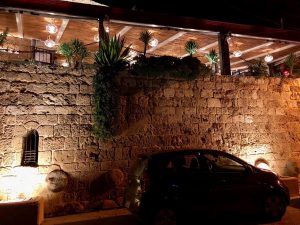 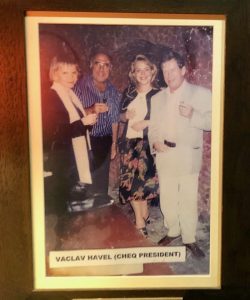 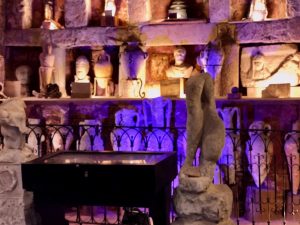 As does a whole host of other celebs who have stopped off here through the years: Vaclav Havel, Geraldine Chaplin, a Kennedy or two, poor Aldo Moro… All proudly presented in photos with Pépé Abed, the late founder. All in all, you feel transported to Saint-Tropez in the 60s. There’s also a little museum here containing various items Pépé found while diving: Roman jugs, statues, etc.

Byblos is just 40 km north of the Lebanese capital, and Beirutis often come up, especially for a meal at Pépé’s. 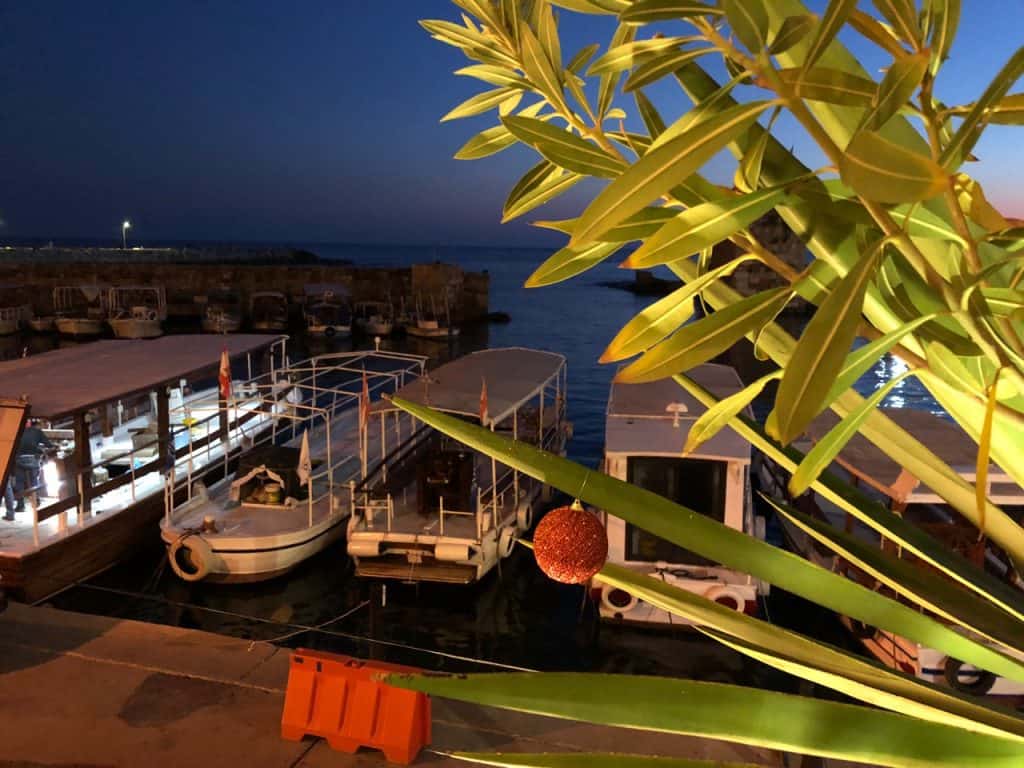