Ancient Street Art in the Arctic 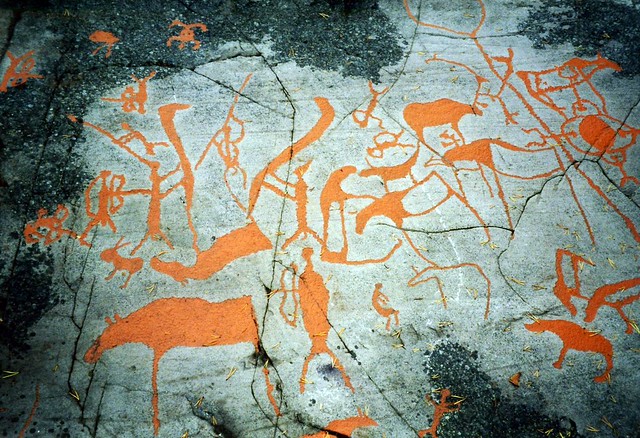 On UNESCO’s World Heritage List, and well above the Arctic Circle, the prehistoric street art here in Alta is one of the leading rock art sites in the world. They constitute the most important piece of evidence of prehistoric human activity in the Great North.

The site comprises about three thousand petroglyphs. Walking along the paths here at the open-air Alta Museum, you’ll see moose, reindeer, bears, wolves and fish, boats and hunters; in short, the kind of things our Stone Age forefathers were concerned with up here in the northern world.

The oldest engravings are more than 6000 years old, and located well above the present sea level. Through the years, the water level decreased and people moved with it. As you descend the path towards the Alta Fjord, the carvings are more recent. The ones closest to the water are only 2000 years old, mere babies in comparison. 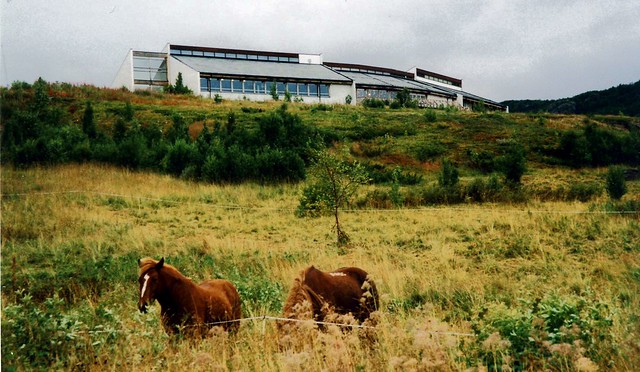 I found myself drawn to this pregnant moose. So primeval – and so timeless. I wonder whether the artist was a man or a woman. 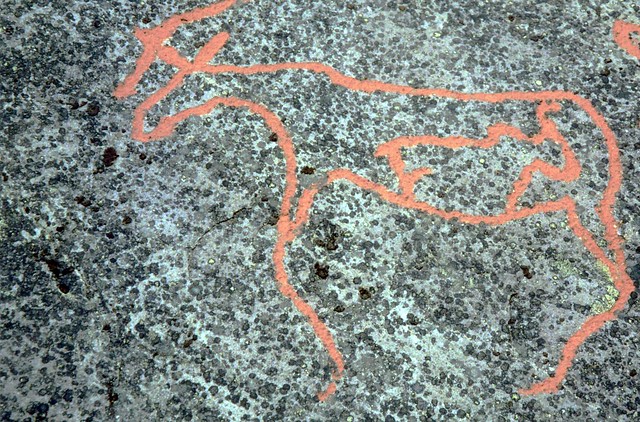 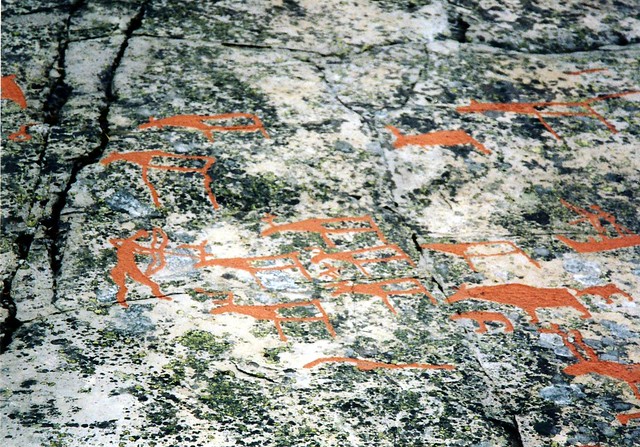 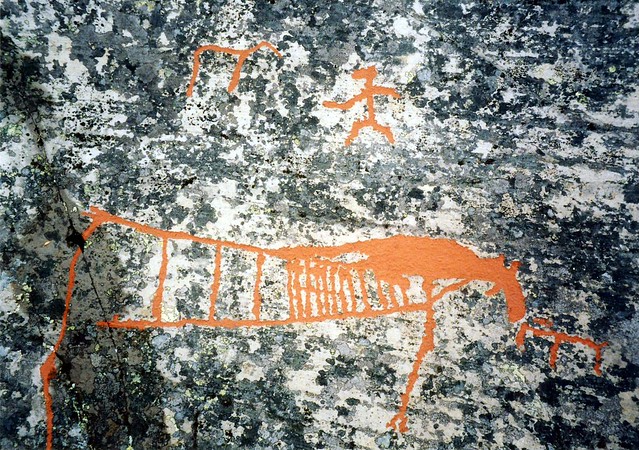 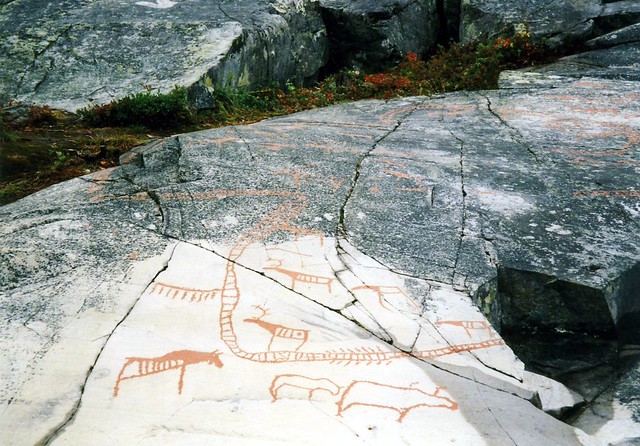 Now, this bunch on a school outing couldn’t understand why I was so interested in daue steina, dead rocks. Wouldn’t I rather photograph them, bright and alive? Can’t turn down an offer like that. 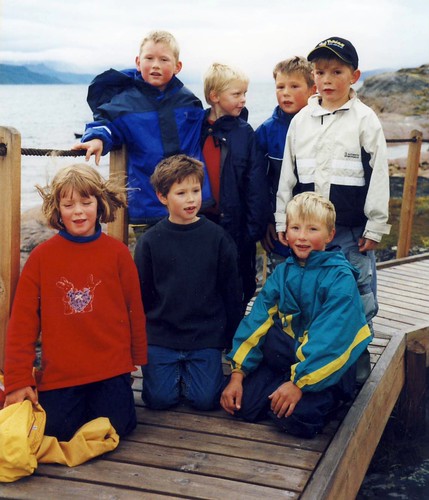 Where have you seen this ancient form of street art?