I had certain reservations when I heard Andersen Hotel was located on the corner of Helgolandsgade and Istedgade. 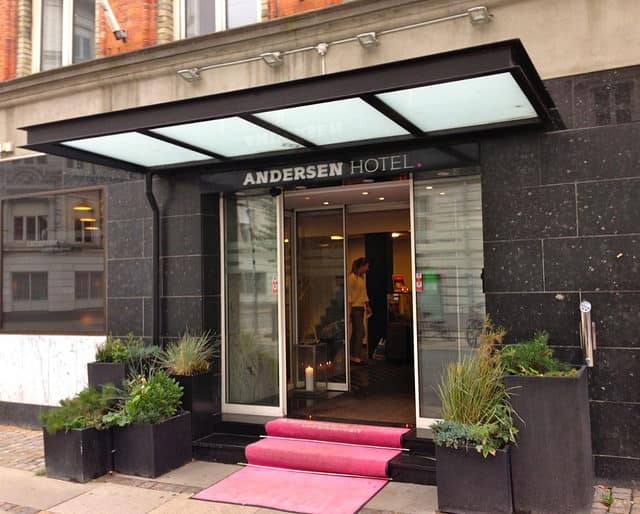 I’ve been in Copenhagen a million times, but rarely in this part of town. In fact, last time I was here, I was one of a group of curious fresh-faced teens, all gawking at the world of adult entertainment. Istedgade, you see, used to be the street to go for sex shops and prostitutes; Copenhagen’s own little Reperbahn or Red Light District (minus the red lights).

These days, things have changed. Well, not absolutely everything. There’s still the occasional sex shop; between the railway station and the hotel there’s one sporting quite an impressive collection of toys, judging from the window displays. But on the whole, Istedgade has been reborn. It has been cleaned up and pimped up (so to speak), yet, I’m glad to say, it has managed to hang on to its edgy feel.

Just around the corner from Andersen Hotel is Kødbyen,‘meat town’, Copenhagen’s renovated 19th century meatpacking district, with wacky little shops, art galleries (there’s even a gym/gallery combo), an energetic nightlife, and plenty of cafes and restaurants. One of these is BioMio, where every little detail is organic and sustainable, down to the kitchen staff being specially trained in conserving water. 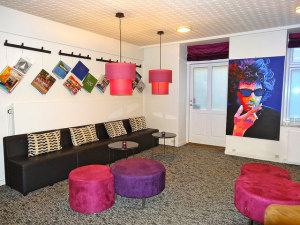 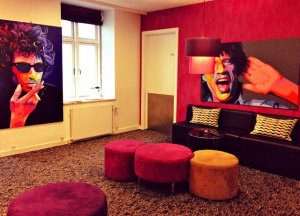 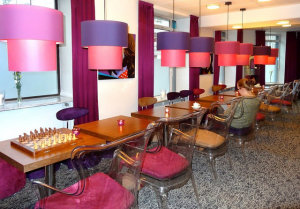 Inside the doors of this small family-owned boutique hotel I’m greeted with funky paintings of George Harrison, the Danish queen, Jimi Hendrix, Freddie Mercury and more. Brightly coloured pouffes and transparent designer chairs are spread around the lobby, making it easy to have little group chats, play chess, browse the free mags and newspapers, or just hang out with a drink or a cup of tea before or after dinner.

My room, number 14, is on the first floor, up one flight of stairs (no worries, there’s a lift as well). The room is stylish and small, just big enough to contain everything I need: a large comfortable bed, a 40“ TV on the wall opposite, a desk, a small fridge and two designer chairs. 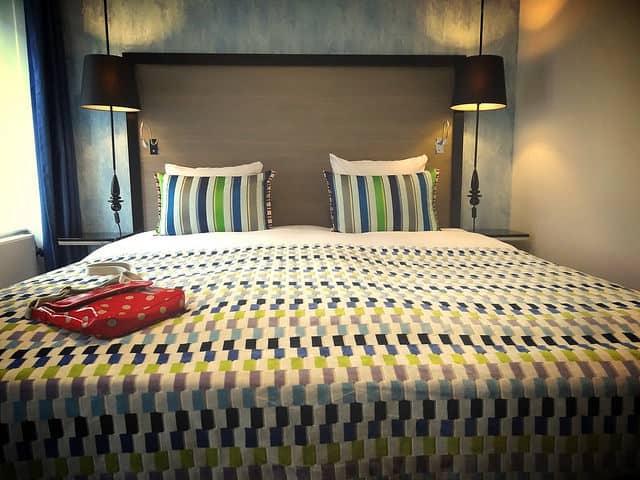 What I particularly liked: 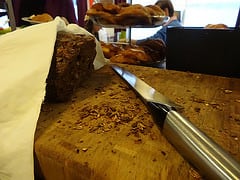 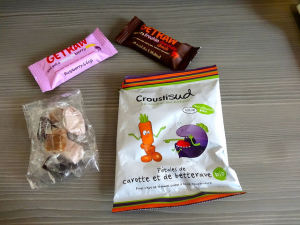 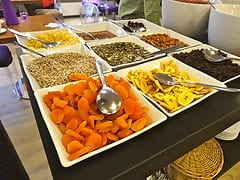 Disclosure: In Copenhagen, I was a guest of Andersen Hotel and InterRail. As ever, any opinion offered is mine, all mine.