Anton’s Restaurant & Champagne Barn – in the middle of nowhere

Travelling with children sometimes means sleeping in lodgings near airports. And so we find ourselves in a non-descript B&B near Stansted.

We have no great expectations for our final night in England. Thus, I’m all the more pleased to stumble upon the surprising Anton’s Restaurant & Champagne Barn in Great Hallingbury, near the little village of Bishop’s Stortford. Surprising because it is an elegant, yet informal gourmet restaurant in the middle of nowhere. And because the kitchen is run by Anton Edelmann, celebrated chef at London’s Savoy Hotel. 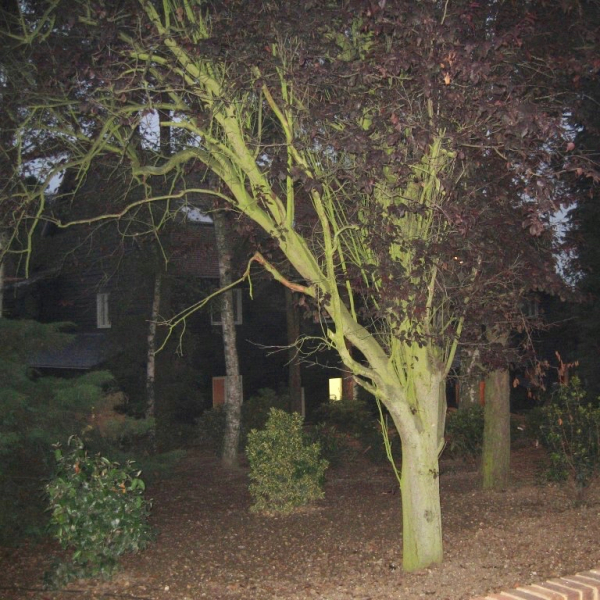 When you travel with a 6-year-old and have an early morning flight, you eat early. For quite a while, we are the only guests.

The restaurant is located in the grounds of Great Hallingbury Manor and doubles as a sort of animal sanctuary. We begin by walking about the grounds for a bit. Rabbits hop about, geese and ducks waddle, swans swim in the garden lake. My daughters are delighted.

A bit later, while we’re seated next to the window, the geese decide to have a very public toilet break right before our eyes. Nothing like a bit of entertainment with your food. And all to the accompaniment of planes taking off from the airport nearby. Surprising how quickly one gets used to stopping in mid-sentence, then finishing the sentence a few minutes later.

Postscript: A year later, as I write this, I wish I had taken proper notes, as sadly, I can’t comment much on the food. However, that has nothing to do with Anton’s. Apart from delicious Coquilles St Jaques, I just can’t remember what we had. Just that we all enjoyed it. My youngest remembers the special treats of home made lollipops. They came with the bill – which was quite reasonable, considering the quality.

I wish I had a better photo as well. The above is the result of a mediocre mobile phone camera. However, if I’ve piqued your interest, do have a look at their website. And no, nothing sponsored here.