A visit in Arctic Sweden will likely begin in Luleå, one the biggest cities in the region. Luleå isn’t uninteresting in itself, with more than 100 cafes and restaurants, a pretty cityscape and some unusual street art. 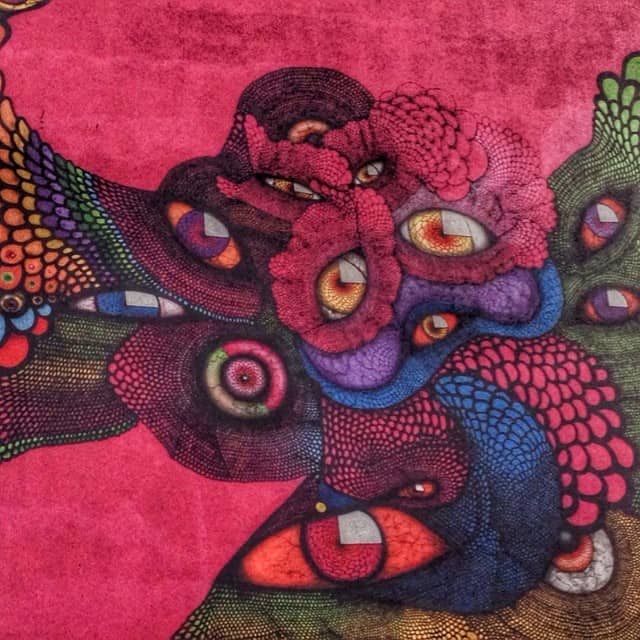 A final greeting from Sweden this time: cool street art in Luleå

But I’m here to have a closer look at the Laponia region (the Latin name for the Sami region), and an intriguing church town. For Laponia I head inland – towards Jokkmokk. To get there, I cross the Arctic Circle. 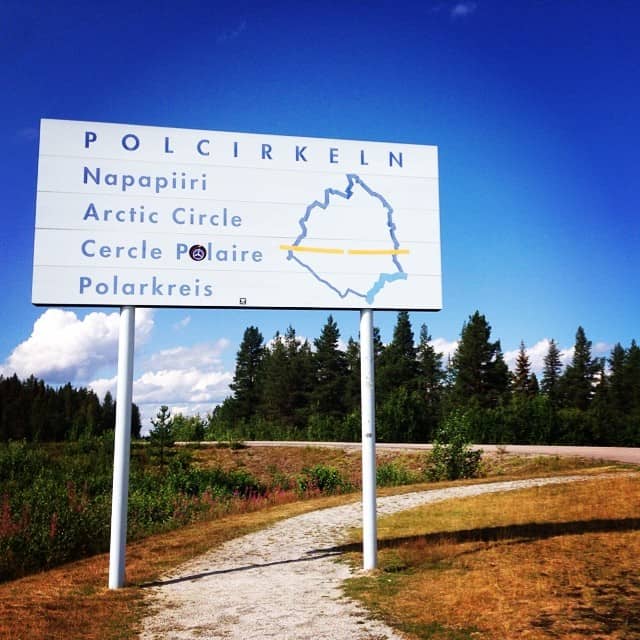 The Arctic Circle in Sweden

I’ve crossed the Arctic Circle in the air numerous times. Two of Norway’s biggest cities are located well above that apparently alluring 66° 33′ 44″, so hopping back and forth is quite a common occurrence. Nevertheless, after my failed attempt last summer (courtesy of a ridiculously sprained ankle), this is the first time I’m crossing it on the ground. On foot. 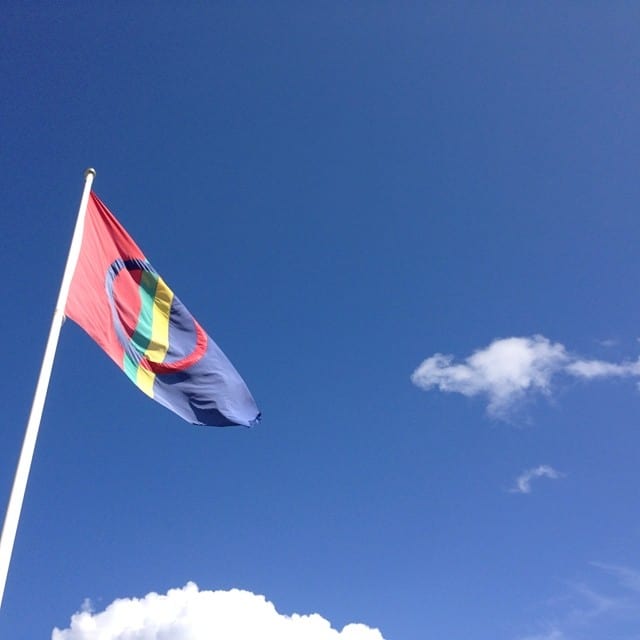 Sami flag at the Arctic Circle

Jokkmokk itself has a slight frontier feel, not unlike Karasjok and other Sami towns across the border in Arctic Norway. There are three lunch spots in town, I’m told, as I pop into the tourist information. One of them is in the Ájtte, the Mountain and Sami Museum – culture and nature all in one plac

Across the street from Ájtte is the very pretty Jokkmokk Church. 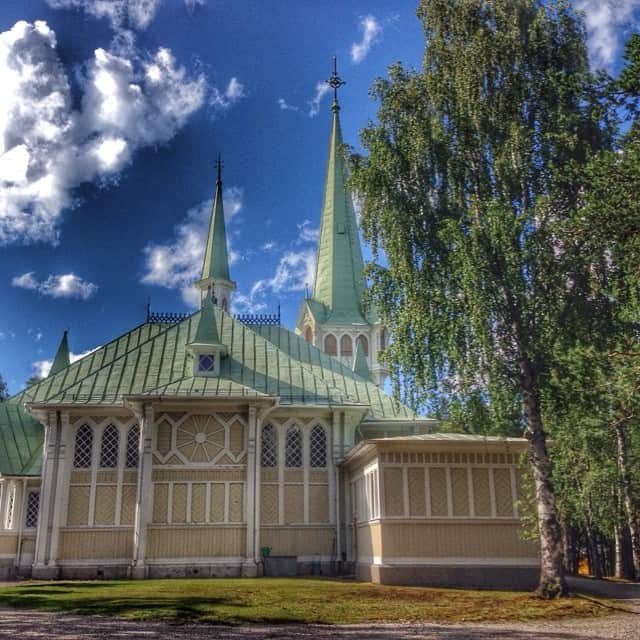 But, again, I’m not here for city life, such as it is.

The Laponia region comprises four national parks, including Muddus, Sarek, Padjelanta and Stora Sjöfallet. Along the way, nature is presenting herself at her prettiest. 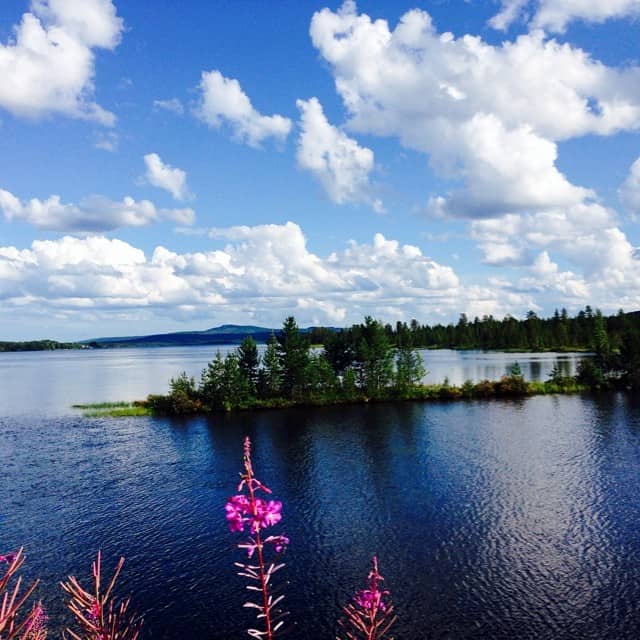 Just inside Muddus National Park, I stumble upon this lovely creature. 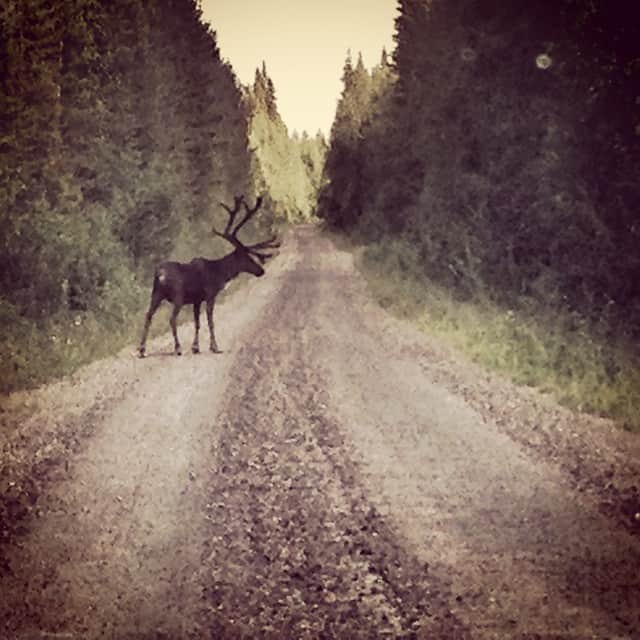 I’ve encountered reindeer before. In Norway’s Hedmark county, relatively close to home, I once met a flock who were astoundingly interested in meeting me. One, in particular, wanted to investigate my steering wheel, but his antlers hindered his enquiring mind.

This one in Muddus is grazing along the gravel road, and isn’t too concerned about my approaching car – until I get fairly close. Coming back the same way, I meet him once again. 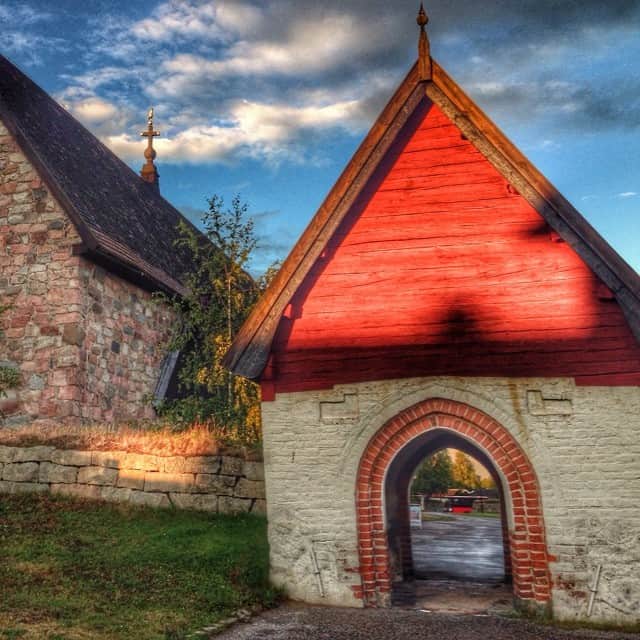 My final stop on this brief Swedish road trip is practically in Luleå.

In Gammelstad, more than 400 rustic, red timber cottages are clustered around a 15th century stone church. These were used only on Sundays and religious holidays, by farmers from the surrounding countryside who could not make the journey to and from church in one day. Distances were long and travelling conditions a bit more challenging than today.

And today? The cottages are still privately owned and people often stay overnight for festivals, courses and the like. During the confirmation period (around Midsummer) youngsters frequently spend Nights in the cottages. Must be such fun. 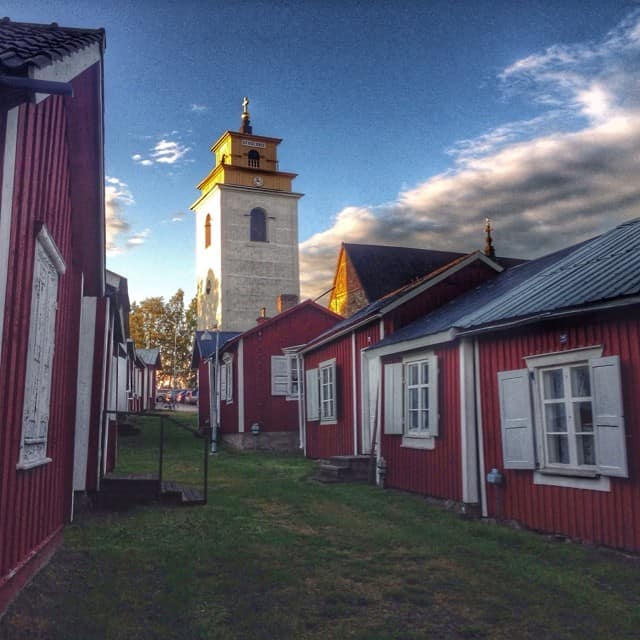 I arrived in Gammelstad at about 9pm on a rainy evening, too late for a guided tour. On the other hand, I had this adorable little village practically all to myself. So utterly charming.