7 wonders of the classical world: Temple of Artemis Lost

Ephesus is an interesting place to wander and explore; it comprises sights visible – and invisible. 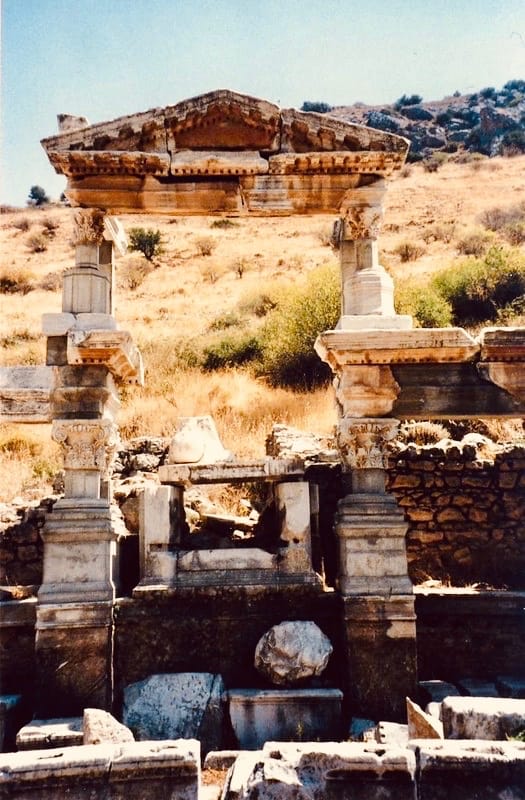 My favourite feature at Ephesus is not visible

It no longer exists. At least not in the physical world. But it lives in the imagination.

The temple was a sanctuary to Artemis (named Diana by the Romans), the great mother goddess, protector of the pregnant, of fertility, of child birth, helper of midwives. And of virginity. Seems slightly contradictory, no? But then, I suppose it would all sort under one department today, too.

Ephesus is a World Heritage site, and UNESCO’s inscription references the Temple of Artemis, even though it’s no longer there:

Little remains of the famous Temple of Artemis, one of the “Seven Wonders of the World,” which drew pilgrims from all around the Mediterranean.

Artemis’ temple burnt down in 356 BCE, or rather, was burnt down. By one Herostratus. Rumour has it, he did it for the attention. Another rumour says he did it because he was a badly treated slave and hated Ephesus and its people. Either way, today Herostratus would be called a terrorist. One of the earliest we know. Nothing is new under the sun.

Which nicely segues on to Artemis’ twin, Apollo, the sun god; making Artemis goddess of the moon. Such was the twins’ dualistic relationship.

Another major happening that same year, 356 BCE, about the same time as the sacking of the sanctuary, was the birth of a little boy named Alexander, later to receive the added title ‘the Great’. Though, unless you’re a conspiracy theorist, Alexander’s birth is probably not related to the temple devastation.

The Temple of Artemis today

If you want to see the remains of Artemis’ temple, you must go to the British Museum, and even there, you’ll find only fragments. Here at Ephesus, all that remains is part of the foundation, and a column. Or remains… the column has been constructed with a mix of the various bits and pieces of the temple found. Bit depressing-looking, to be frank. Once, nearly 130 columns kept a most stunning building standing.

Might it have been better leaving it all to the imagination? Maybe. And if we can’t imagine, here’s one artist’s interpretation of how it must have looked: 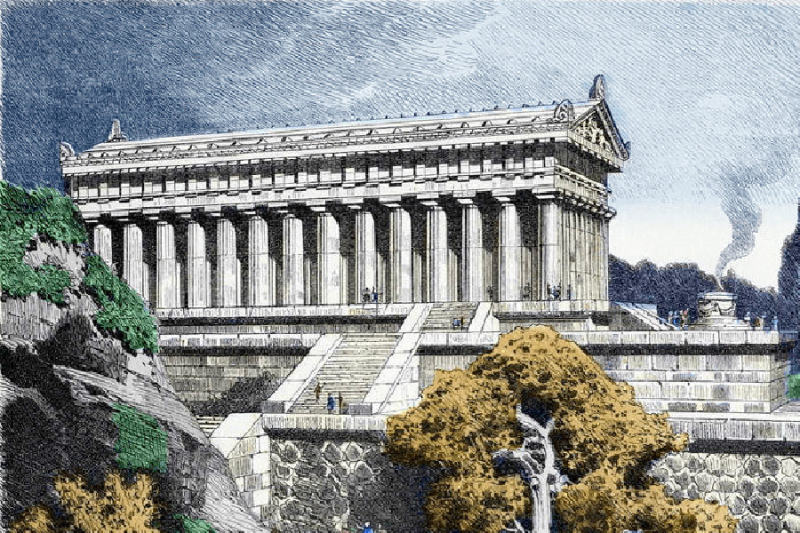 Outside was a statue of the goddess herself:

The original statue was made of gold, ebony, silver, and black stone. The legs and hips were covered by a garment decorated with reliefs of animals and bees, and the top of the body was festooned with many breasts; her head was adorned with a high-pillared headdress. 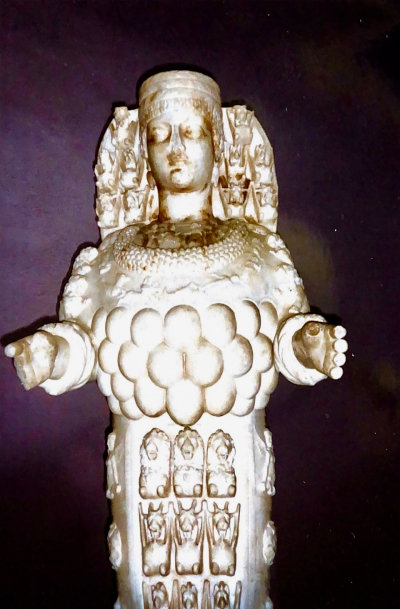 Statue of Artemis at the Efesus Museum in the nearby town of Selçuk, gateway to Ephesus.

All those breasts. Why was that, I wonder. Someone’s, erm, offbeat fantasy?

Fertility has been presented as one explanation. Remember all those godly roles she had related to the female reproductive system?

But maybe these spheres aren’t breasts at all. In fact, quite the opposite has been proposed: that they represent bull’s testicles sacrificed to her, as Artemis was also goddess of the wilderness, the hunt and wild animals. That’s a lot of roles for one person, even for a goddess.

Breasts, testicles…  I think interpretation is best left up to the viewer on that one as well. 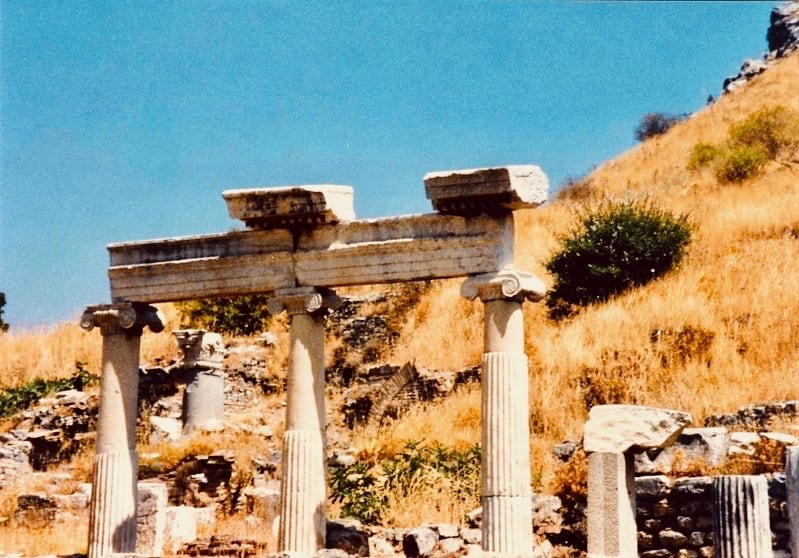 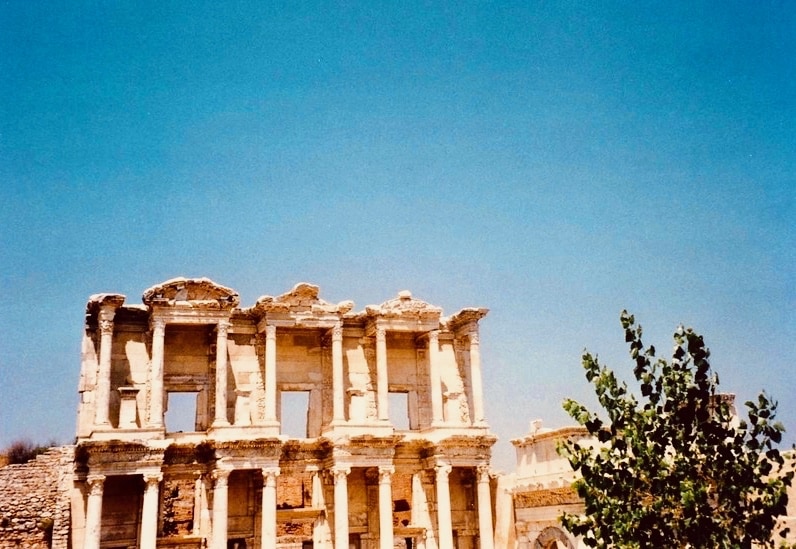 There is, of course, much more to see at Ephesus than the temple you cannot see. But that’s another post, another time.

Above right, is part of the restored facade of the Library of Celcus. With 12,000 scrolls inside, it was the third largest library in the Roman world, after the ones in Alexandria and Pergamon. Below is the well-preserved ancient amphitheatre, with room for 24,000 spectators. 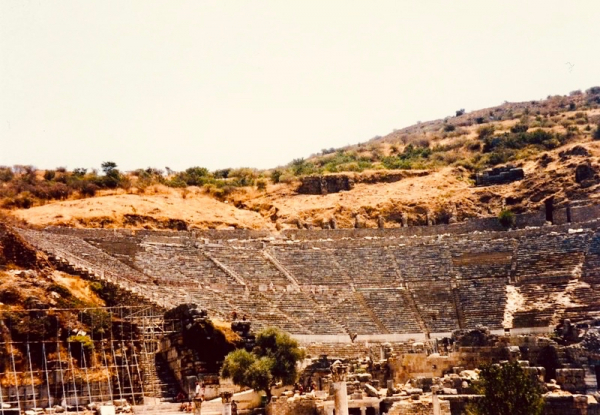 Nearby is Virgin Mary’s House. Legend has it, this is where the mother of Jesus spent her final years. Be prepared for crowds inside the little house, pilgrims are all over the place. 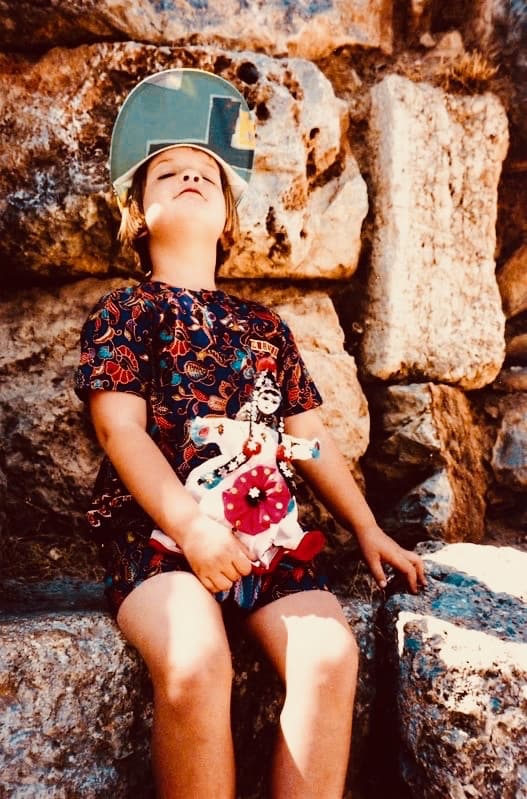 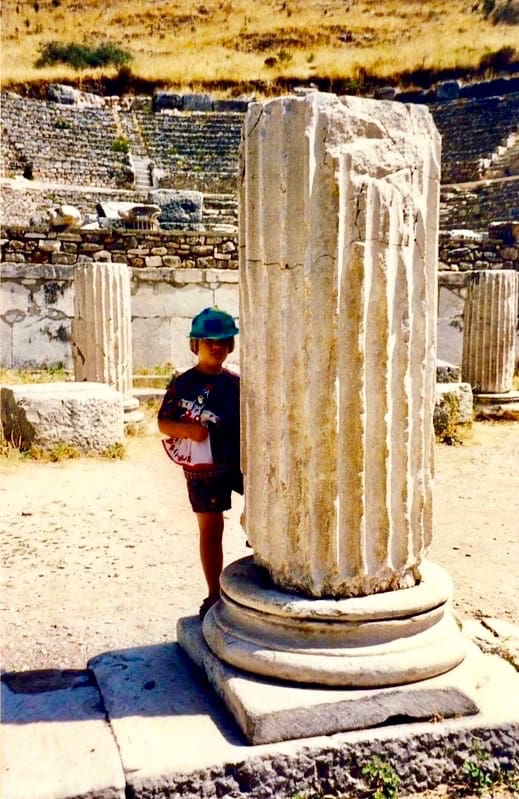 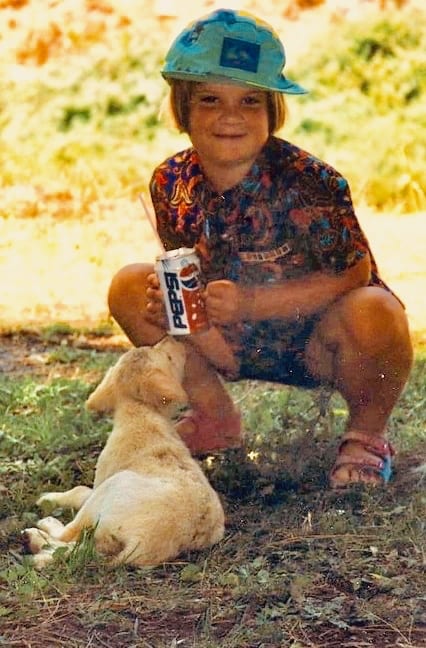 I’m quite comfortable here, thank you very much. I’ll pose for 30 seconds near a random column, then go on to more interesting things, like seeing if that dog wants something to drink

Lastly, if you’re taking the kids along, I’d advise against going in the heat of summer. That particular July was so hot, the dye on  Ali’s leather sandals rubbed off and made pink and turquoise stripes on her feet. My then 5-year-old wasn’t overly impressed with Ephesus. That said, she went back 15 years later with her boyfriend, so it can’t have been too traumatic.