No more: The natural bridge of Aruba

Island-hopping in the Caribbean in the early 90s, Aruba wasn’t my favourite. Could have been timing. It was December and what I remember most from Oranjestad were fake Christmas trees, gaudy decorations and muzak everywhere. A plastic kind of place. Nothing Dutch about it – as opposed to neighbouring Curacao.

Of course, Aruba was – and is – more than Oranjestad. Outside the capital, Aruba offered tall palm trees, friendly people, beautiful beaches, excellent snorkelling and diving. Like most everywhere else in the Caribbean.

The natural bridge was my favourite place on the island. Thousands of years of winds and waves created this coral limestone structure, quite an impressive feat of nature. It was a 100-metre crossing, seven metres up.

So what else was special about Aruba? A unique feature is how the island’s windblown Divi Divi trees always point to the southwest, due to the trade winds from the north-east. In Aruba, you always know directions.

At the time, the island had recently split from the Netherlands Antilles and wanted to stand out from the rest. More than the ubiquitous tree compass was needed, so the local authorities decided to mint square, rather than round, 50 cent coins. 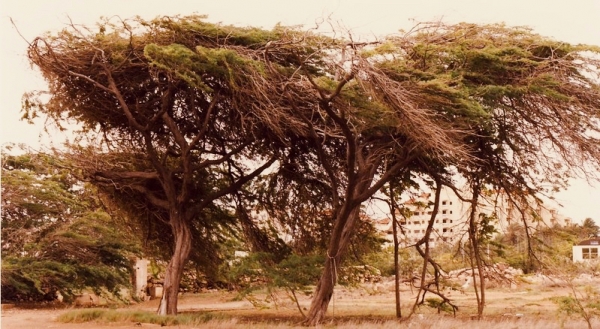 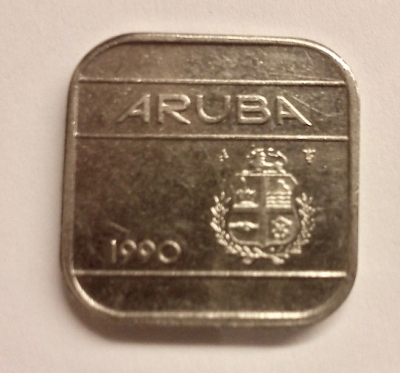 In 2010, the entire Netherlands Antilles was dissolved. Aruba, Curacao and Sint Maarten are now constituent countries within the Netherlands (essentially a country within a country), while the three other islands that once formed the Dutch Antilles – Bonaire, Saba and St Eustatius (also known as Statia) – are now ‘special municipalities’ of the Netherlands proper.