What a long day, wonderful and fascinating day! And there’s even a lot left of it. We’ve had a look at a few Aswan highlights, and there’s more to come. 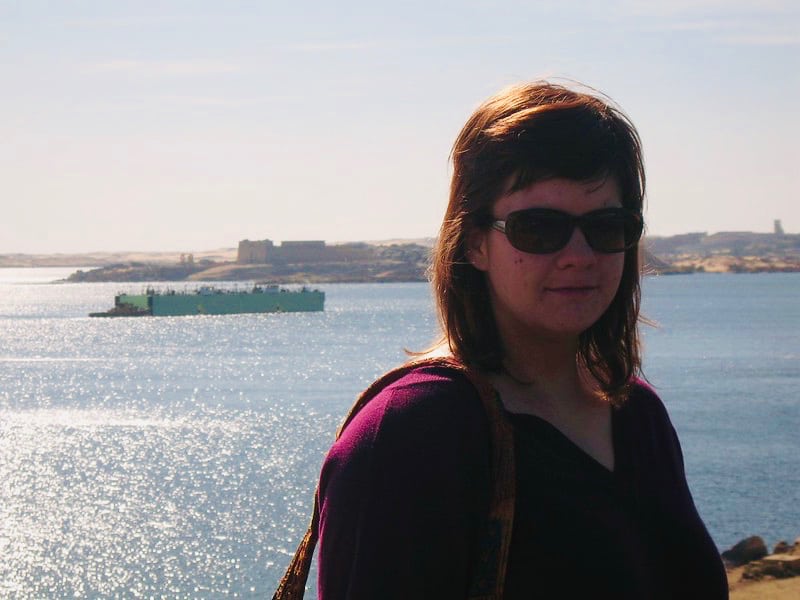 After lunch, we have a look at the Aswan High Dam. The Nile used to flood each summer, leaving behind the fertile black mud known as kemet. As the population along the river grew, it became necessary to create a better balance between high- and low-water years. High-water years could wreck entire harvests and low-water years brought drought and famine. So to control the floods, the Aswan dam – or actually dams – were built, though not without controversy. The last one – the High Dam – was finished in 1970.

The building of the dam threatened to flood important temples, most notably that chef d’oeuvre of Ramses II, Abu Simbel. So UNESCO began a rescuing project and moved the monuments to safer grounds. 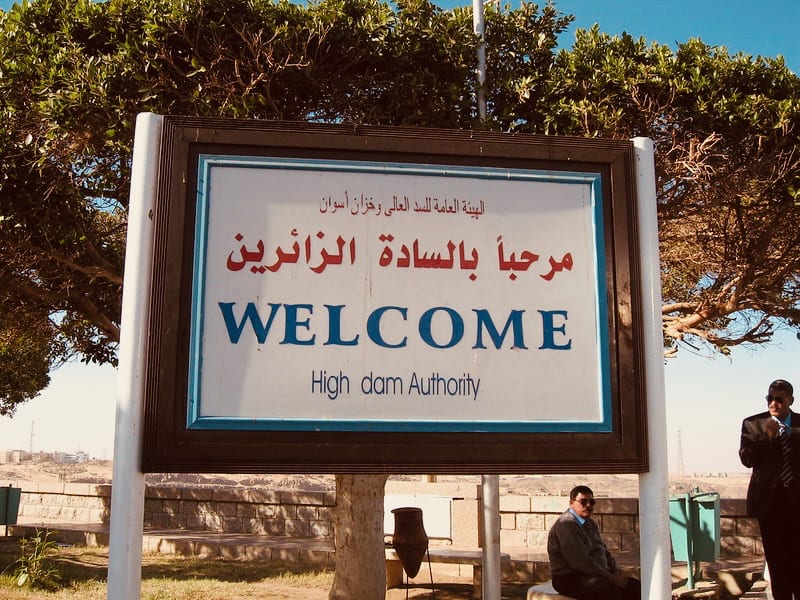 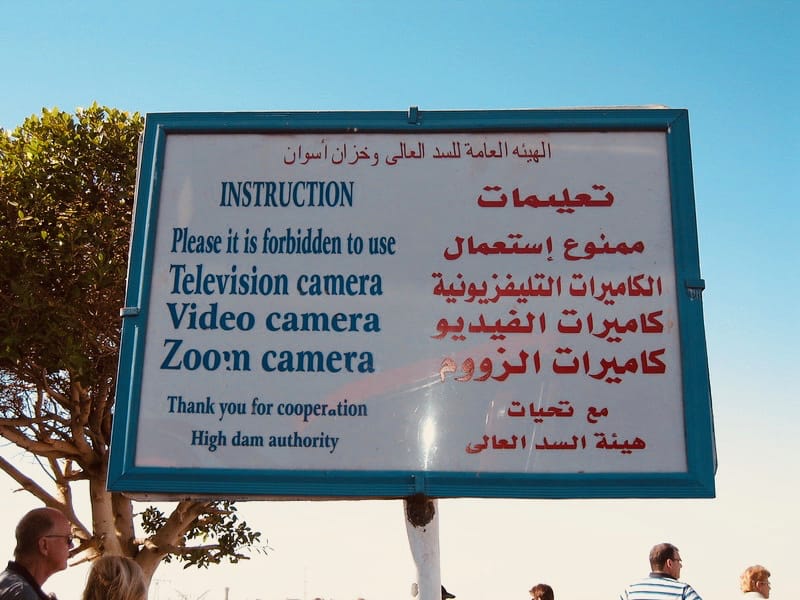 Alex will definitely see Abu Simbel tomorrow. I’m still debating whether it might be too arduous for the little one; it’s a long bus journey, starting at 0300 even.

As I look out over Lake Nasser glittering in the afternoon sunshine, I think of crocs. The lake is bright blue and beautiful but I keep looking for those fierce creatures. Where are they hiding? Crocs seem to be on my mind a lot today. Lake Nasser is the reservoir created by the high dam – and where they moved the Nile crocodiles to.

A local tells me fishing is popular on the lake. Perch 200 kg and 2 metres long have been caught here. Sounds incredible. To me, perch is the small but tasty fish we occasionally caught at the lake surrounding our cabin when I was a kid. But I looked it up and it’s true. A 200 kg perch!

The unfinished obelisk in the quarry 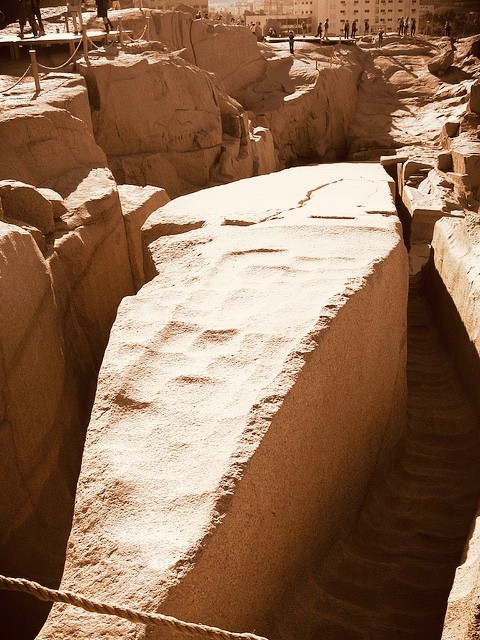 Another Aswan highlight is the unfinished obelisk, still in the granite quarry. The largest obelisk of the ancient world, it’s 41.88 metres high, to be exact. There are various theories as to who had this obelisk carved out of the bedrock. Was it the obelisk-loving female pharaoh Hatshepsut? The heretic Akhenaton? Or his father Amenhotep III? Whomever it was, they abandoned the project when the obelisk cracked, rendering its completion, not to mention its erection, quite impossible. 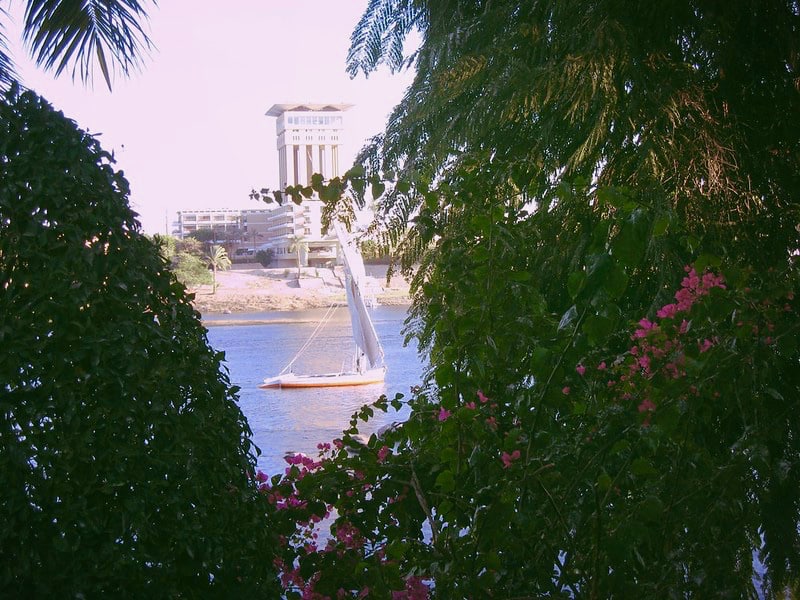 Southern Egypt in January has perfect temperature. The breeze touches my skin like silk. The sky is blue and hazy. Even so, crossing the river to Lord Kitchener Island to walk in the botanic gardens is very refreshing. The views, the cool, fresh air, the lack of traffic, and excellent running and tumbling around-grounds for a six-year-old. Lovely spot!

But who, you ask, is this Lord Kitchener and why is an island in the Nile named after him? Horatio Herbert were his first names, followed by about 8000 initials, and the little island was given him as a gift for services rendered. Wiki will tell you more about Field Marshal Kitchener. His title reminds me of Field Marshal Haig; not the real one but Stephen Frye in Black Adder Goes Forth. Irreverent, I know.

Elephantine is next. More about that later. And Nubia!

The quarry at Aswan is part of the UNESCO World Heritage site Nubian Monuments from Abu Simbel to Philae.