The small town of Lunenburg in coastal Nova Scotia is bright, colourful, lively and lovely. And of special value to the common heritage of humanity. The town was added to the World Heritage list in 1995 as the best surviving example of a planned British colonial settlement in North America. Or, as UNESCO puts it:

Lunenburg is a remarkably well-preserved town, and one which retains most of the qualities of the original British model colonial settlement, without losing its status as a fully functioning community in the modern world. 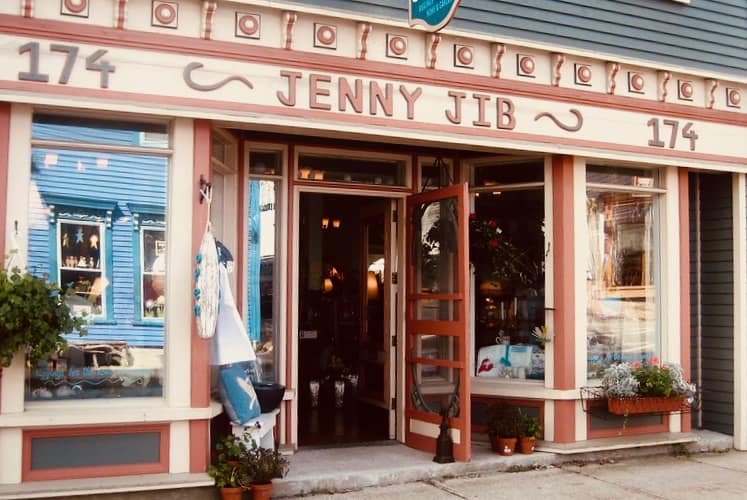 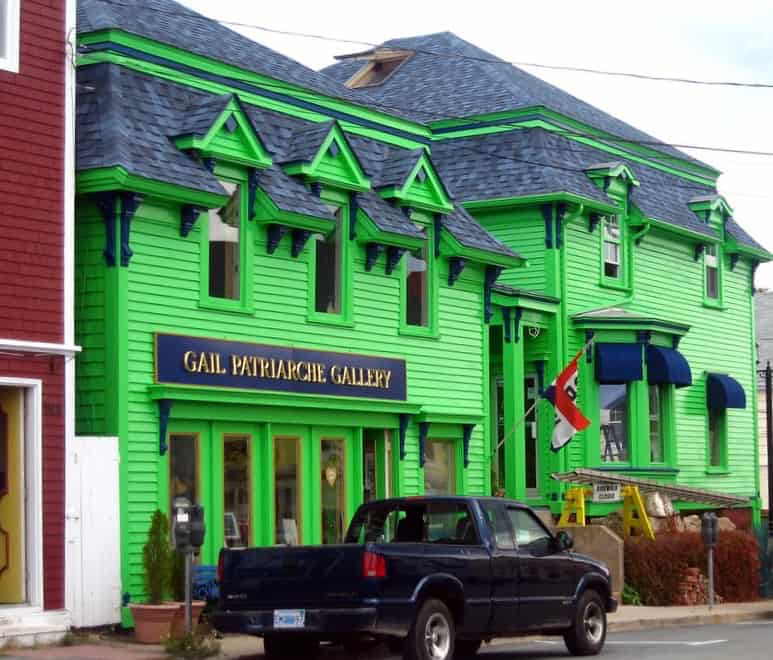 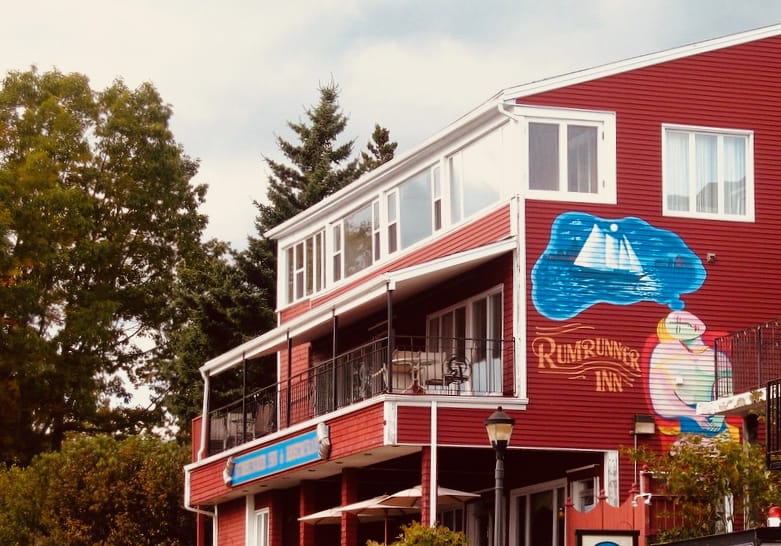 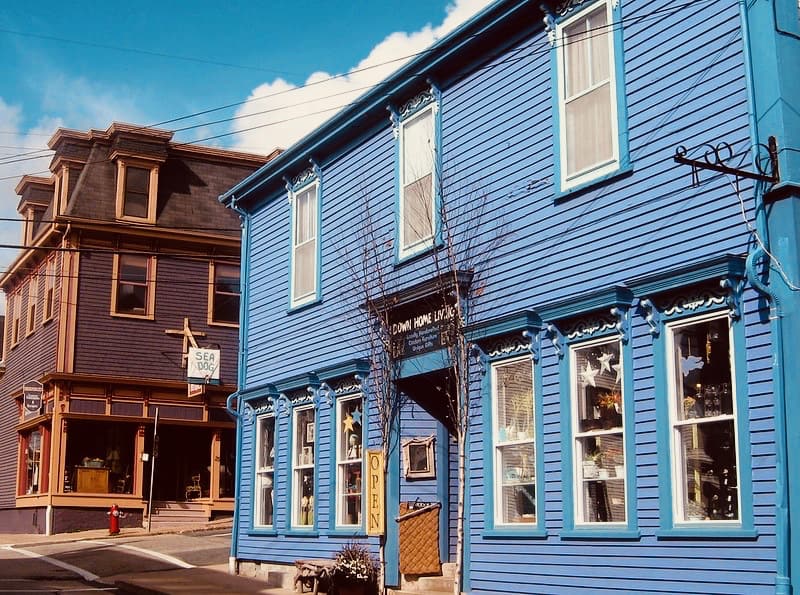 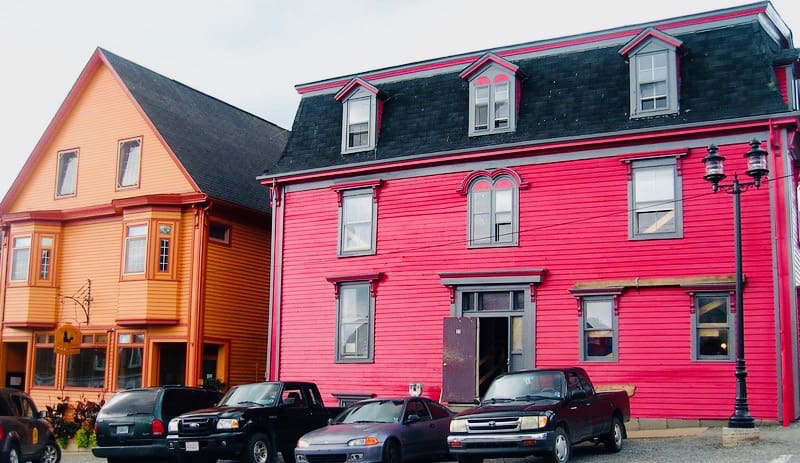 “Somewhere on the East Coast of Canada”

In the centre of Lunenburg, we discovered a memorial to Camp Norway, a Norwegian navy training field during World War II. In the northern spring of 1940, more than 100 ships were on their way home from whaling season in Antarctica. Meanwhile, war had broken out and rather than go home to German-occupied Norway right away, the whalers stopped in Nova Scotia where they received military training before setting off as gunners on Norwegian and allied ships. Everything was top secret, and Lunenburg was never mentioned publicly, just referred to as “somewhere on the East Coast of Canada”. 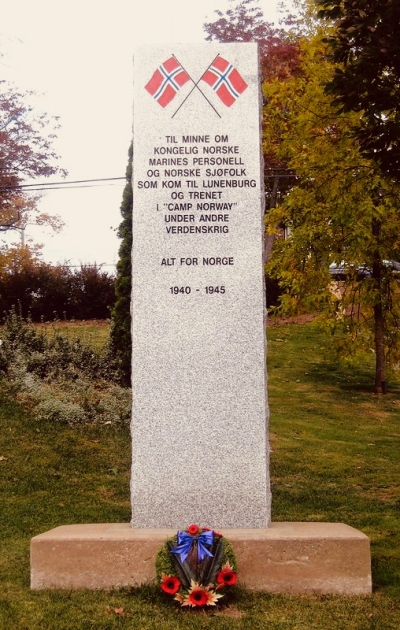 We drove into Lunenburg late one evening after having crossed the Bay of Fundy from New Brunswick, then gone through the slightly mysterious Kejimkujik National Park. Stopping on impulse, we found an inn, rang the door bell at 10 pm and was given a beautiful, split level suite at a reasonable price. That’s the kind of place this is.

Next morning, we discovered we had wonderful harbour views to boot. 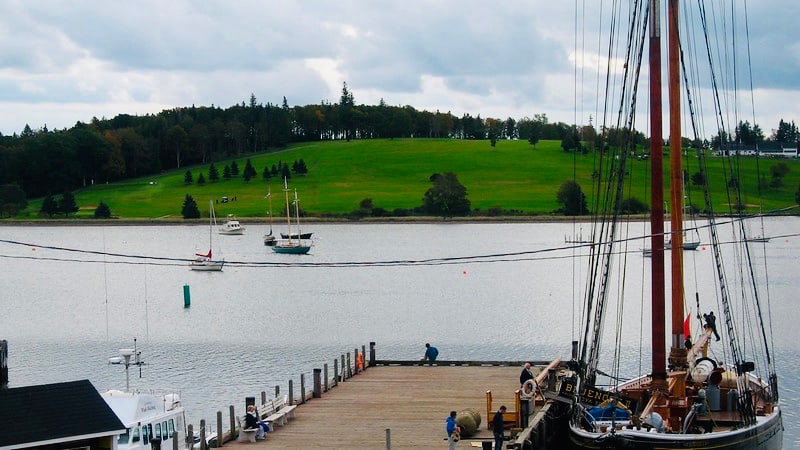 We really enjoyed Lunenburg. There were horses even. Can’t go wrong with girls and horses, can you…. 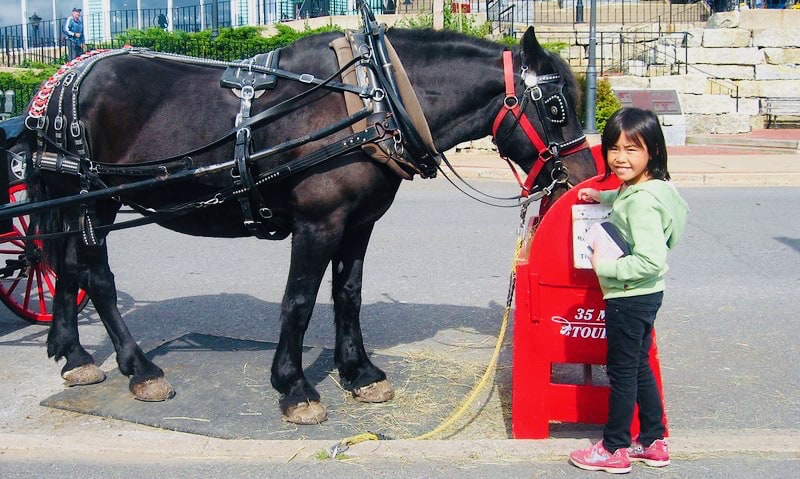 Atlantic Canada, we’ll be back.

To get updates on Sophie’s World, visit our Facebook page