I’m off to Thailand on Saturday, folks – and was reminded that I still haven’t told you about a terrific Bangkok day trip I took last time – even though it has been almost one and a half years ago. Egad! as a college friend of mine insisted on exclaiming every so often, in an attempt to sound like she was 105. But enough of that. 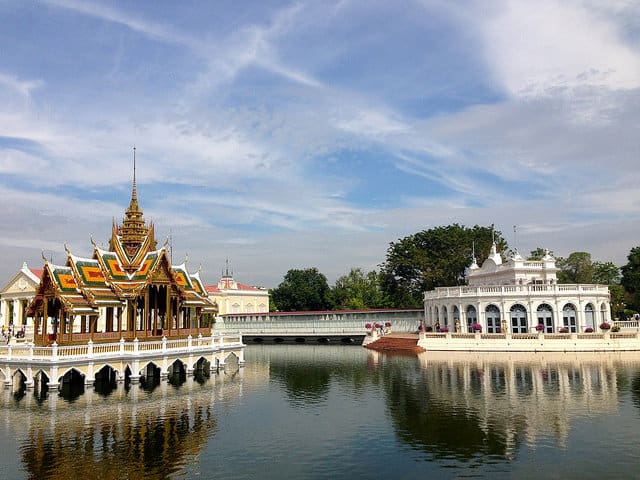 Phra Nakhon Si Ayutthaya – more commonly known as just Ayutthaya – was once the capital of old Siam. Only 70 km north of the present-day Thai capital, it’s easily reached by car, bus, mini-bus, taxi, train or boat. I suppose you could even walk, if you can bear the heat. Google maps tells me it takes about 15 and a half hours. 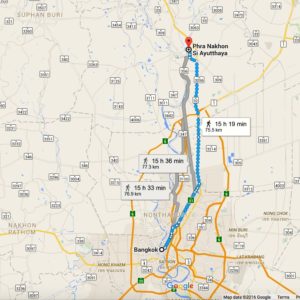 Ayutthaya was founded in 1350 and was once a major commercial centre in Asia. At one time it was one of the world’s largest cities: in 1700, it had more than 1 million residents. Traders and travellers came from far and wide during Ayutthaya’s glory days: Arabs, Japanese, Chinese, Indians, Dutch, Portuguese, French – all the usual seafaring suspects of the day.

The city is an island amidst the confluence of three rivers: the Chao Phraya, the Lopburi and the Pa Sak. What met the visitors back then, was a cosmopolitan riverside city – filled with boats from all over the world, with golden palaces, with pomp and circumstance. Must have been an exciting place – in an exciting time. 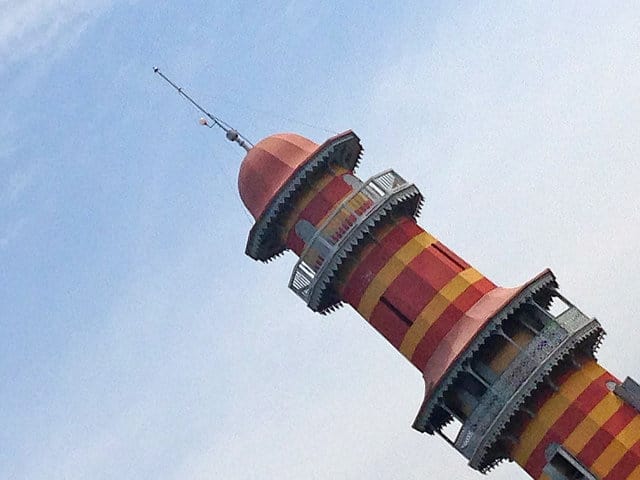 What meets you today? Well, I would say try to time your visit to the low season, but I’m not sure there is such a thing as low season in Thailand any more. I’ve been here at various times of the year and it always seems busy. Always.

Still… as I wander the streets, I try to see past the crocodile crowds on the heels of umbrella-toting guides with piercing voices, past the heart-breaking sight of elephants made to carry round after round of westerners of varying weights, past ice cream sellers and water sellers and touts wanting to take me for a ride. I try to see past all that and picture the city as it once was. It does take a leap of the imagination. Ayutthaya, you see, was invaded by the Burmese and burned in 1767. Most of what you see today are ruins. 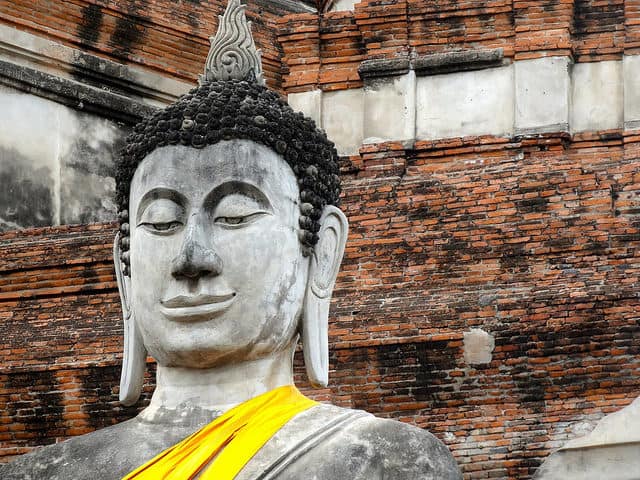 Not that these ruins should be underestimated, mind you; many are quite impressive. Ruins of prang (towers), temples, palaces, monasteries and the lord Buddha in many forms will be the main focus of a day trip to Ayutthaya.

And that’s just it, of course: as is so often the case, I wish I had more time. I would have liked to get a sense of the atmosphere at night, when the city is possibly calmer, more peaceful. A weekend would be nice, I think – for a slower exploration, perhaps hiring a bicycle, stopping for a picnic here and there, reading, lazing about…

But not this time. And a day trip is certainly better than nothing. Many of the fascinating ruins are contained within the World Heritage listed Phra Nakhon Si Ayutthaya Historical Park. But my Ayutthayan journey begins at the royal palace.

I start my wanderings at Bang Pa-In. This 17th century summer palace has lovely, landscaped gardens and water all around. It feels soothing on a hot day. 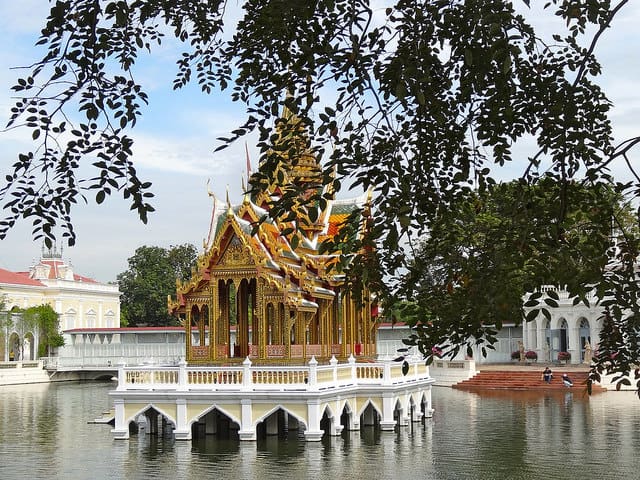 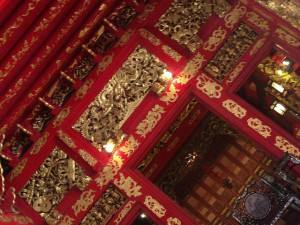 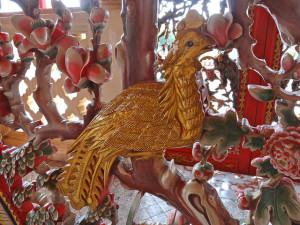 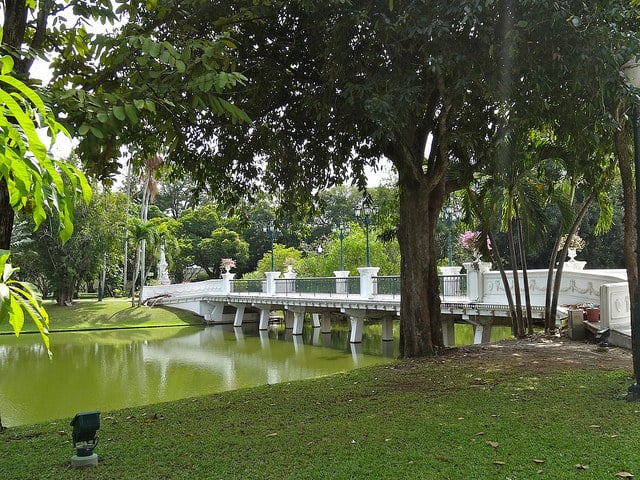 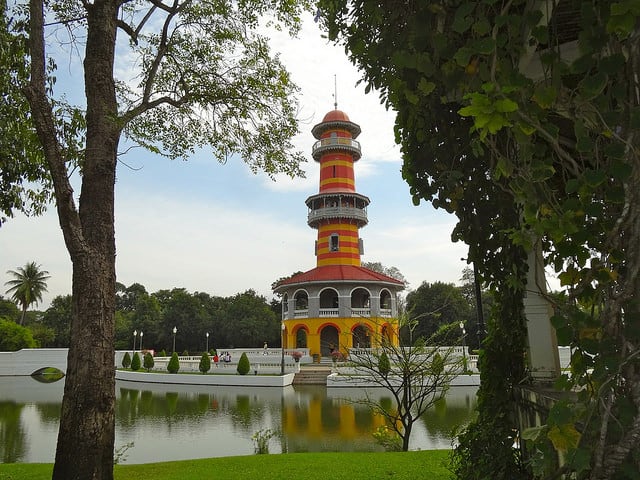 A yellow kind of day at Watyaichaimongkhol 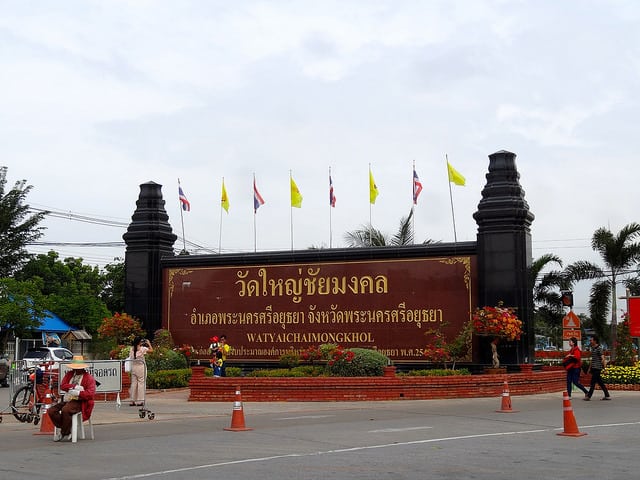 Bit of a mouthful that. I’ve also seen it spelled Wat Yai Chai Mongkol. Whatever the correct Western spelling, its most famous resident is a large reclining Buddha… 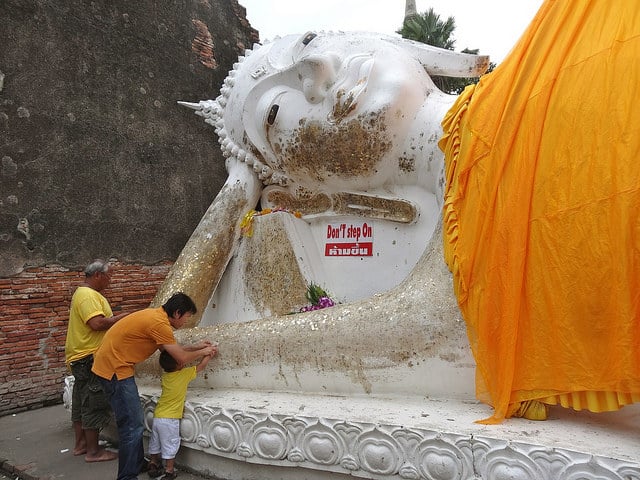 …and row after row of yellow-clad seated ones. 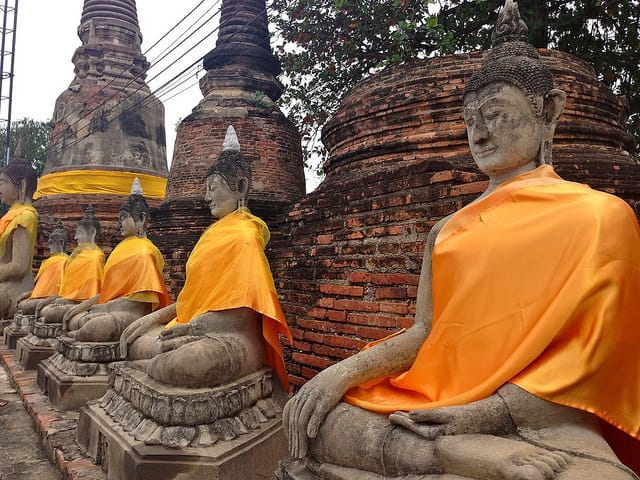 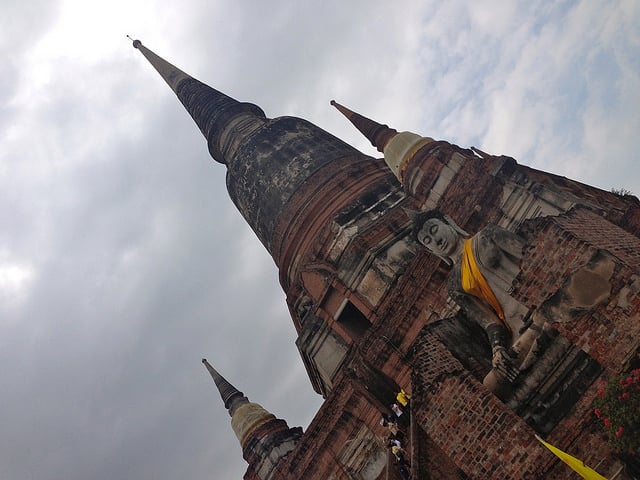 Wat Mahathat is next – the Monastery of the Great Relic, and home of the most iconic image of all here in Ayutthaya: Buddha’s head entangled in the roots of a tree… 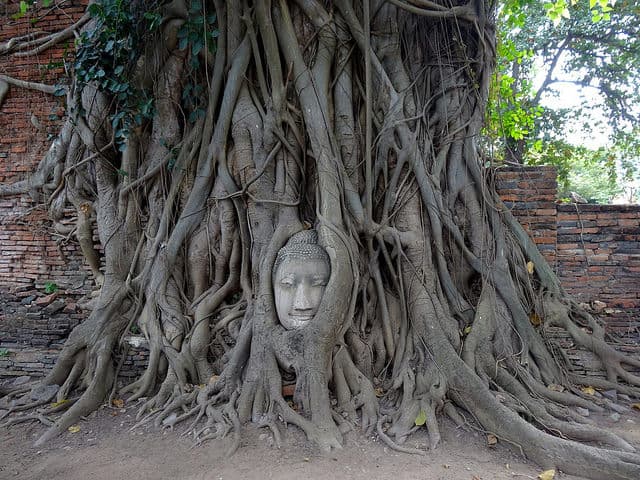 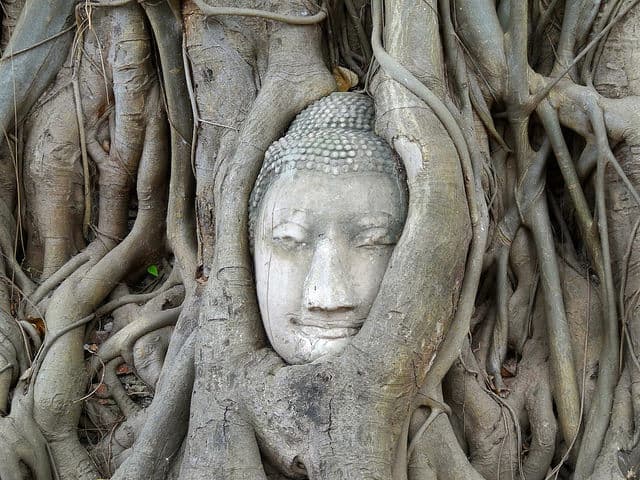 … as well as rows of broken Buddhas known as Rabieng Khot’s gallery. 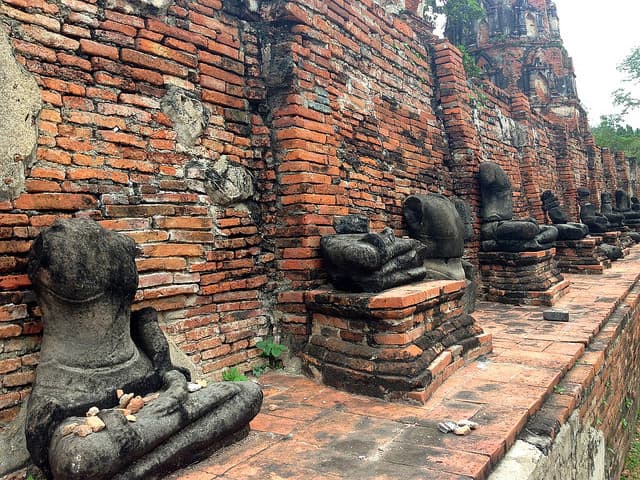 Ayutthaya Historical Park comprises several temples, but not all are part of the World Heritage listing. Wat Yai Chai Mongkol is not included, but Wat Mahathat is. However, there are plans to extend the property to cover the complete city as it was in the 1700s. 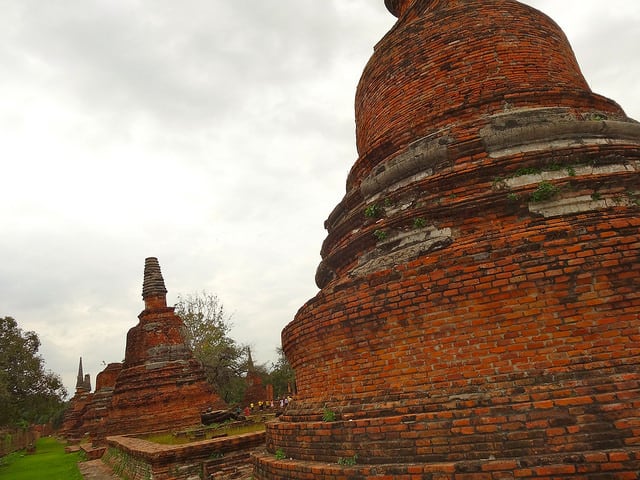 Have you taken a day trip to Ayutthaya? Thoughts?

The Historic City of Ayutthaya is a UNESCO World Heritage site.

In the mood for more travel photos? If so, heaps can be found here, here, here and here.