The Belfast murals – a photo walk through recent history 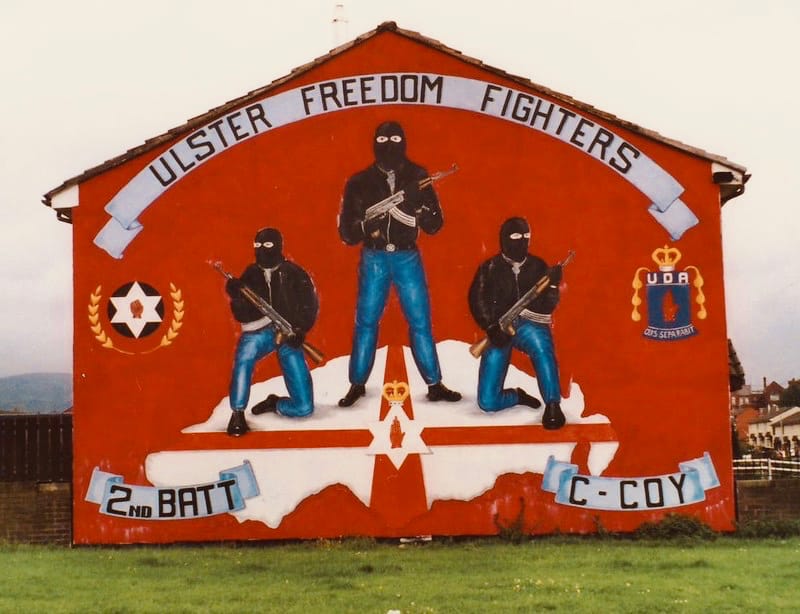 Cat, my 10-year-old, has been completely enamoured with everything Titanic the past few months, so I’ve promised her a visit to the Titanic Belfast Experience. We’ll have a closer look at the rest of Belfast as well, of course. However, I’m undecided as to whether she’s old enough for a walk through the city’s violent history, the Troubles.

Belfast’s political murals are disturbing. Walking along Shankill Road eleven years ago, just a few days before the now infamous 9/11, these images left me feeling edgy, gun-shy, paranoid even. But at the same time, I was weirdly drawn in. I had to forcefully withdraw my eyes. 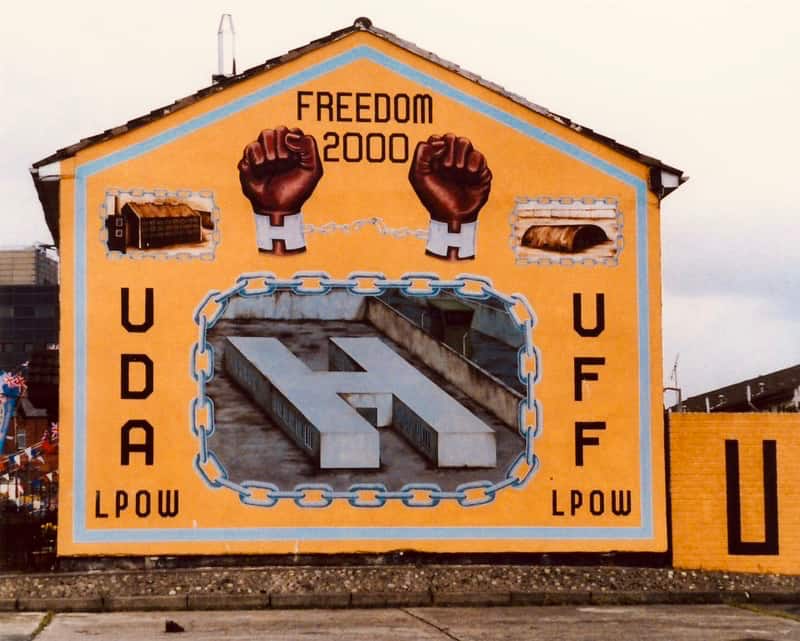 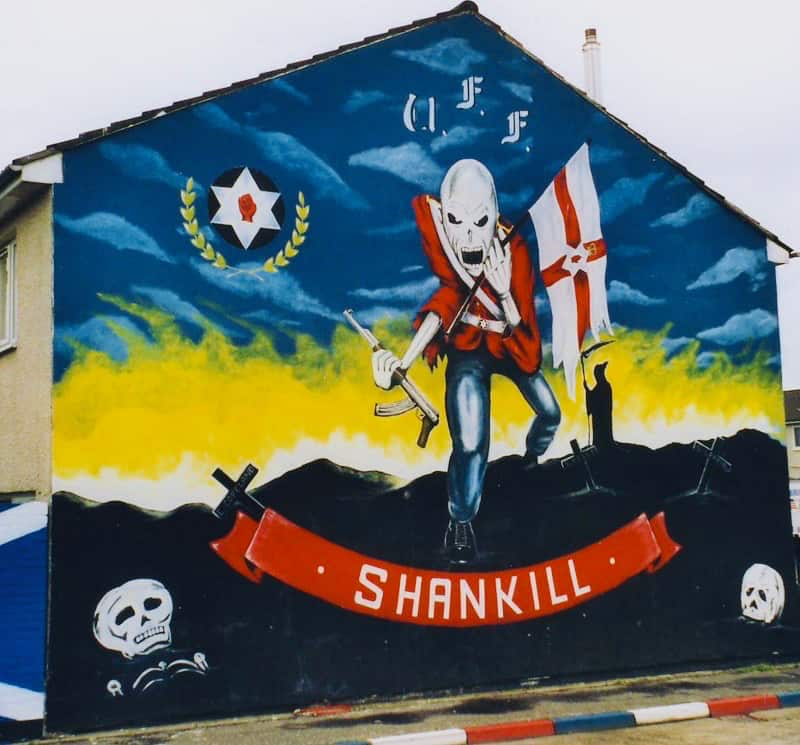 The Unionist – “Protestant” – murals are mainly along Shankill Road, while the Republican – “Catholic” – ones can be found in the Falls Road area. I write Protestant and Catholic in quotes. The Troubles have often been defined as a religious fight, at least from the outside. But this is very much a political struggle, and one still not resolved.

The Belfast murals are often found on the gable walls of houses and clearly show feelings still run deep in Northern Ireland. This is an especially famous one, painted so the UFF man is aiming the gun at you no matter from which direction you look at it. A clear message to intruders. 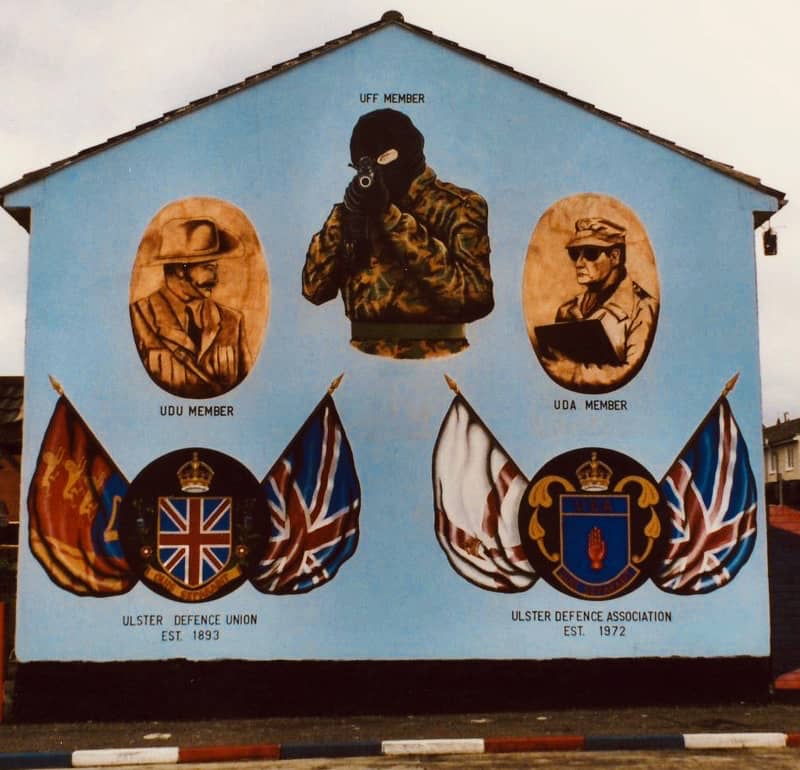 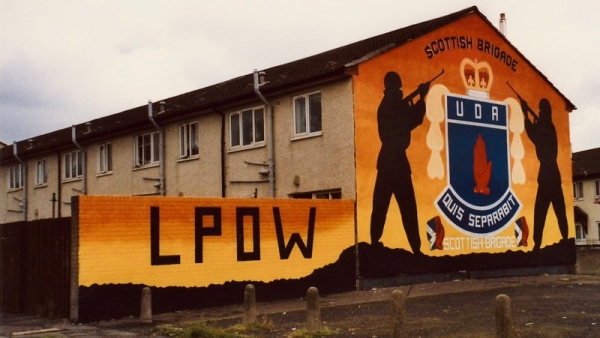 Notice the Union Jacks, both the flags and the colours of the curb? 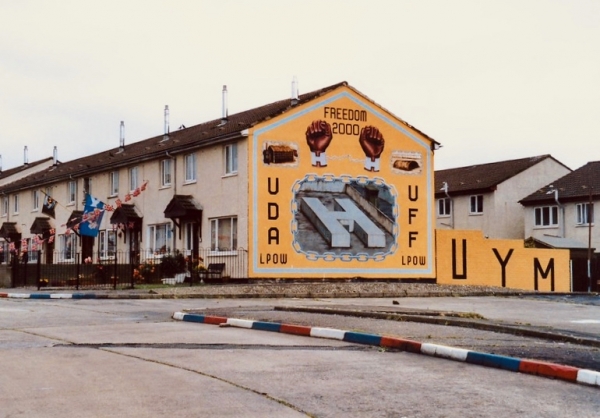 This mural is in memory of the Battle of the Boyne on 12 July 1690, where King William of Orange (Protestant) defeated James II (Catholic). It’s still commemorated every year. With parades, bonfires, controversy, and sometimes violence. 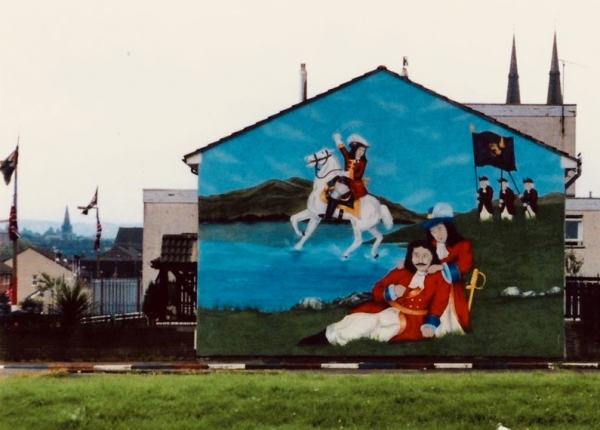 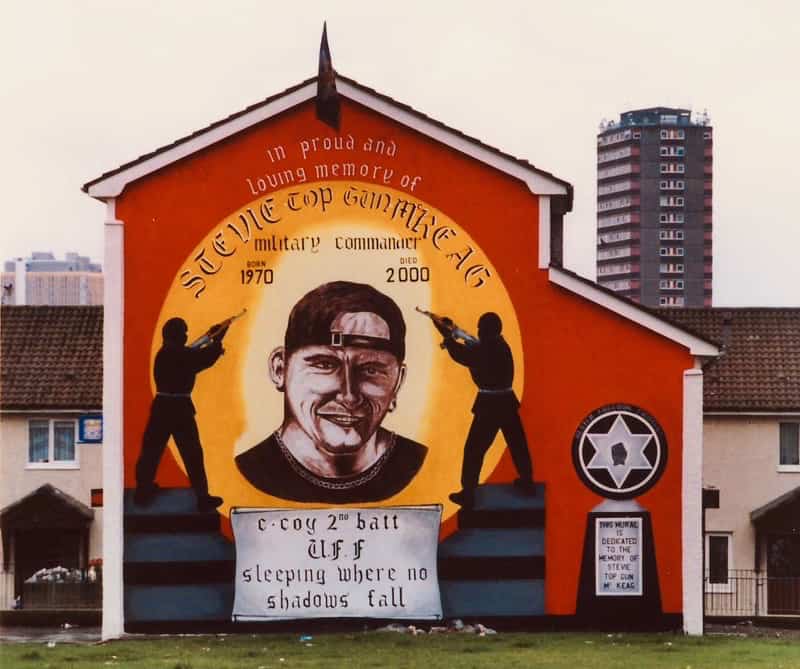 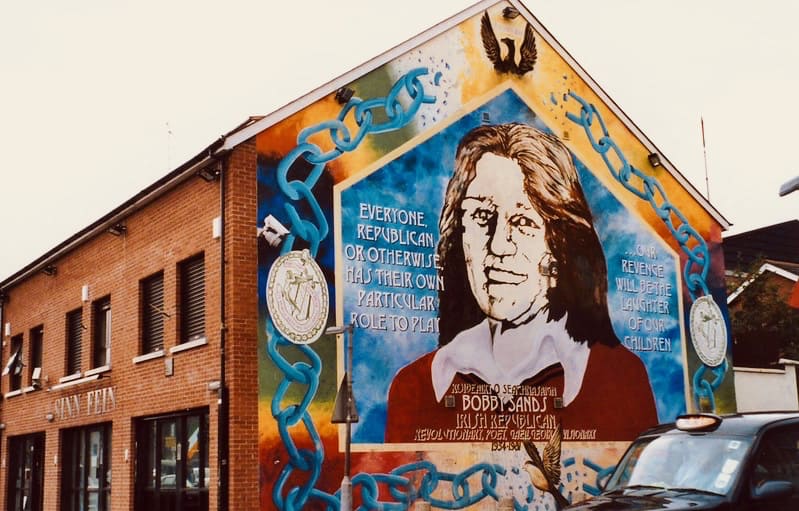 There has been talk of replacing the political Belfast murals with more peaceful, pleasant images. While there’s no doubt these pictures challenge the viewer, they’re also a very visual history book. They bring in tourist Euros – they continue to feed hostility. We must not forget – they incite the younger generation. Both sides have compelling arguments. Tough call…

Have you seen the Belfast murals? What are your thoughts on removing them?