World at a Glance: The Bellinzona castles (Day out Milan)

In my World Heritage quest, I’ve seen a lot of military architecture lately. Not something I thought I’d be particularly excited about, but I’ve found these sites surprisingly interesting, including the three Bellinzona castles. 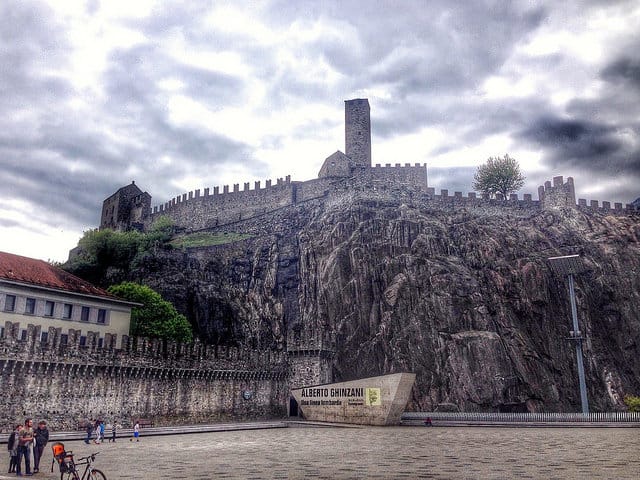 Quite a few of these engineering feats are now on my wish list (heritage listed or not), such as Beelitz Heilstätten Military Hospital in Berlin, and the secret Soviet submarine base in Crimea. And how about these very peculiar-looking rusty sea forts in the Thames estuary?

Some of the sites contain entire villages, where people (often artists) live and eat and sleep and work, such as the island fortress at Suomenlinna in Helsinki harbour or Vauban’s forts in Aquitaine .

Others are abandoned fortifications, as is the case with the Roman frontiers in Germany and the three wonderful alpine castles here in Bellinzona: Castelgrande, Sasso Corbaro and Montebello.  Walls and towers are all that remain of the fortresses that surrounded this once important Roman town. These walls have protected key routes between northern and southern Europe through the centuries, for Ostrogoths, Byzantinians, Longobards, Franks and Carolingians. And that’s only before the Middle Ages. 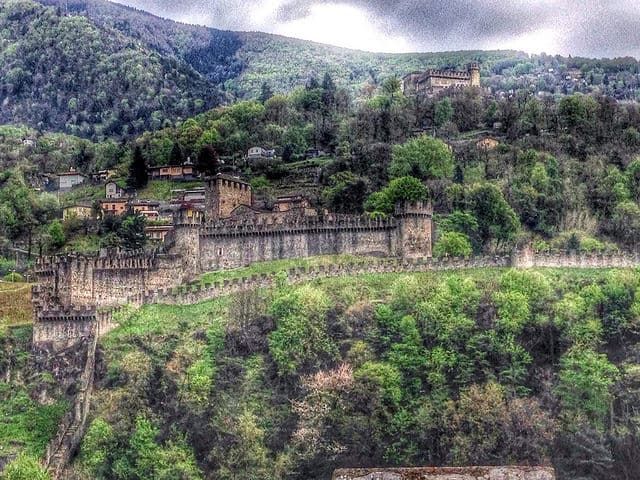 But enough of that. Here’s what UNESCO has to say about this site:

The fortified ensemble of Bellinzona located in the canton of Ticino in the Italian-speaking part of Switzerland, south of the Alps, is the only visible example in the entire Alpine Arc of medieval military architecture comprising several castles, linked by a wall that once closed off the whole Ticino Valley, and the ramparts which surrounded the town for the protection of the civilian population.

Of the three, Castelgrande is the most easily accessible. In fact, you don’t even have to climb the narrow streets; there’s a lift from the town square at the foot of the rock. Montebello is a bit further up, but still part of the city walls. Sasso Corbaro is the furthest away from the city centre, about a 3.5 km trek (or you can take the post bus), but is worth it for the views alone.

World at a Glance is a series of short articles here on Sophie’s World, with a single photo (well, two today, you know, just because I can), portraying curious, evocative, happy, sad, wondrous or unexpected little encounters.