Berlin, I love you still

Today’s post is a bit self-indulgent. I’ve just returned from Berlin, and can’t help but reflect on the metamorphosis of this city and the passage of time.

About three weeks ago, I had five hours between flights in Berlin, completely to myself. A luxury, indeed. (During the last 20 years or so, I’ve been here a few times, but only on business with no time for exploration). With time to kill, I hopped on the first bus going anywhere and ended up in front of Bundestag, the German parliament. Orderly queues were formed outside, tourists waiting to visit this historic place. 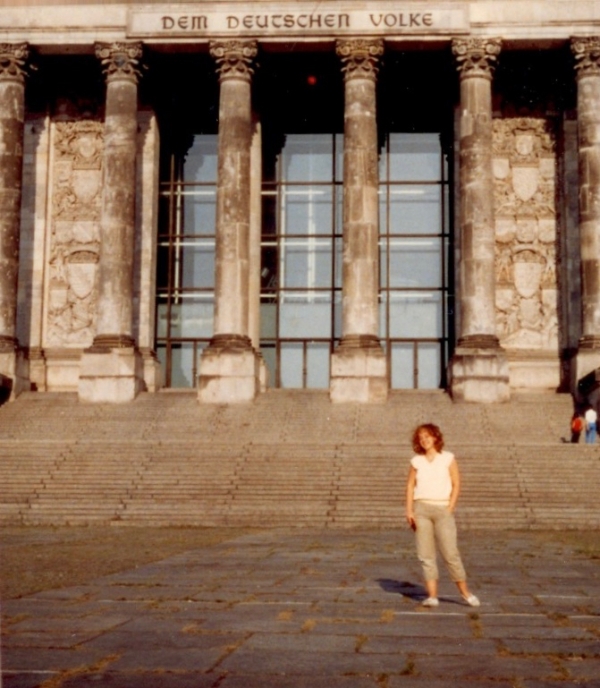 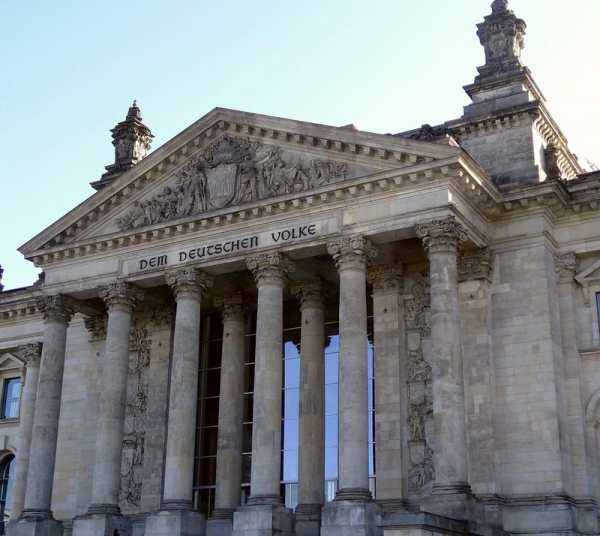 In 1983, we were three kids on a thrilling road trip, our first jaunt behind the Iron Curtain. Driving from Hamburg to West Berlin required a long stretch through DDR, the German Democratic Republic, which of course was anything but.

Along the road, we thought we saw tanks in the fields. In reality, it was combine harvesters, and we were city kids with over-active imaginations. Halfway to Berlin, we were stopped by East German police (even more thrilling) and issued with a fine. Can’t remember what it was for exactly, but we had a fast German car with a powerful engine and were used to driving on the Autobahn by then, so it was probably a speeding ticket. The fine had to be paid on the spot – in West Marks. Bjørn Inge, who was driving then, kept the ticket as a souvenir for years.

Around a corner from Bundestag is Brandenburger Tor. It’s a magnificent gate, all cleaned up and open for anyone to walk through. 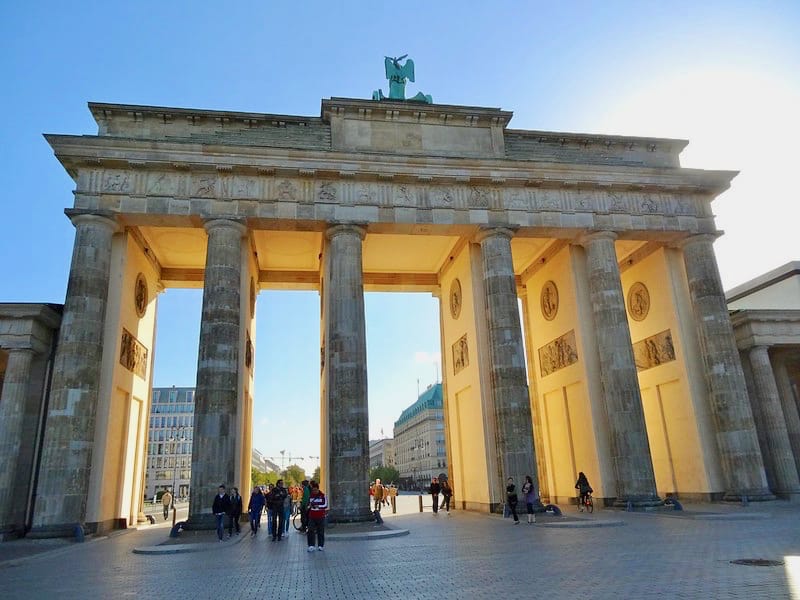 In 1983, the gate separated two countries on either side of the Iron Curtain. 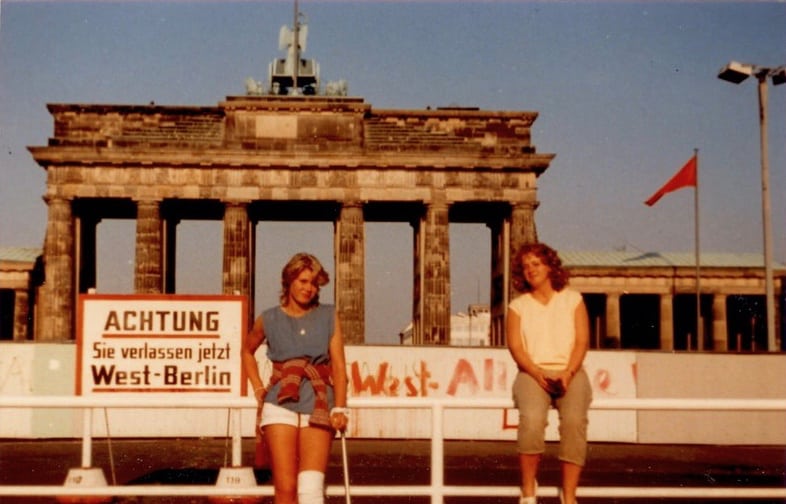 When passing through Brandenburger Gate now, the first thing I noticed was Starbucks. Nothing against Starbucks, really – it’s just that I find the … sameness of everywhere a bit depressing. Better then, to gawk at the famous Hotel Adlon. Sadly, the original one from 1926 was demolished by the DDR – just think if those walls could have talked. At least the new Adlon, now a Kempinski hotel, looks similar, grandiose in that pre-war way. 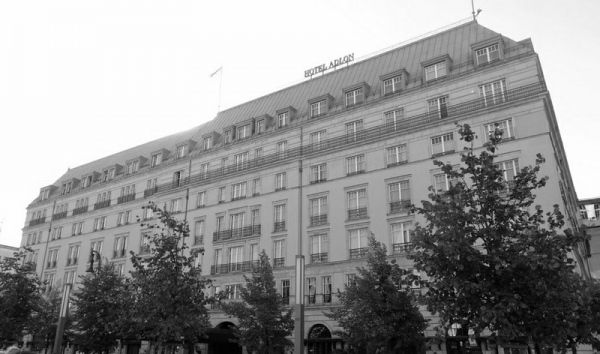 Brandenburger Tor used to come with a warning sign: Attention: You are now leaving West Berlin!. Today, that sign is a motif for postcards and various souvenir paraphernalia. 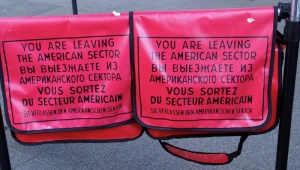 The same is the case with everything Checkpoint Charlie, the old border crossing between the American and Soviet sectors on Friedrichstraße. 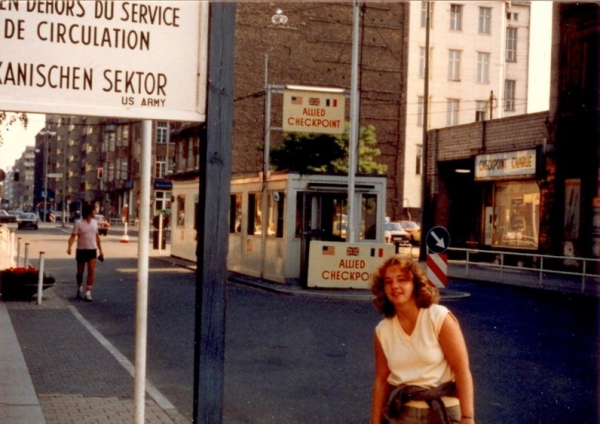 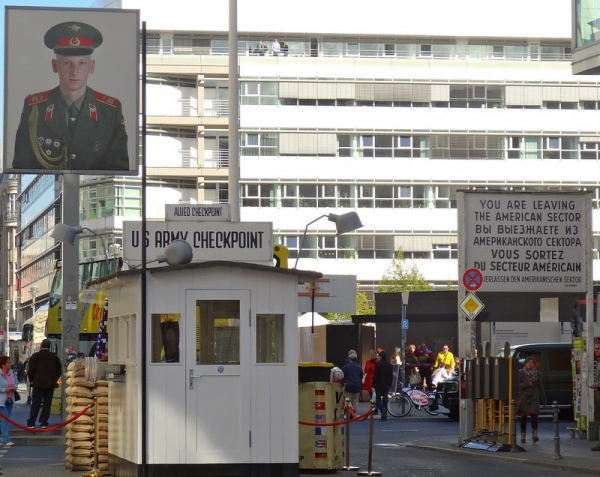 When crossing the border into East Berlin in 1983, we had to change 25 West Marks into East Marks. A sum it was all but impossible to spend. Today, the old border is a photo op; for 2 euros, you can have a passport stamp, or your picture taken with two men in American military gear. This blatant capitalism must be the ultimate slap in the face of the former DDR dictatorship. 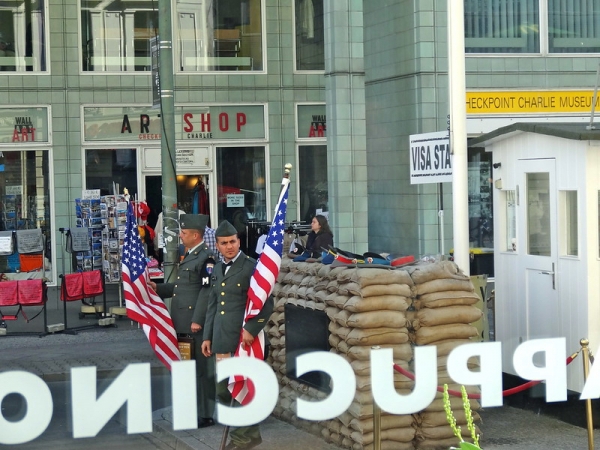 Berlin has changed. So have the kids from that care-free summer. Bjørn Inge is no longer on Earth. The remaining two of us are older, and one hopes, wiser. 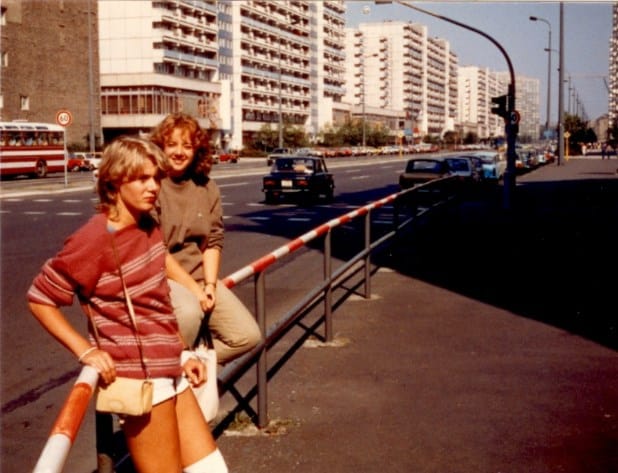 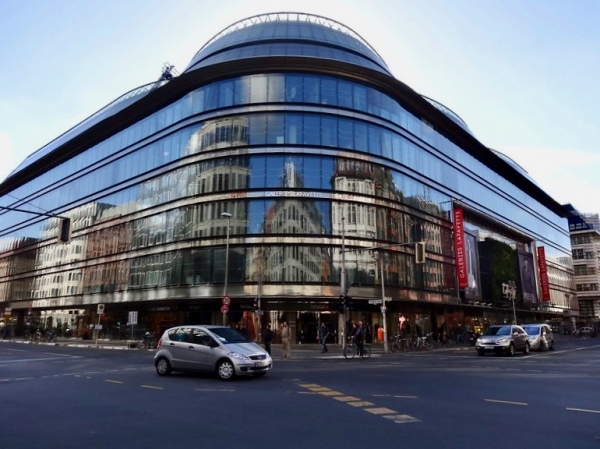 My few hours in Berlin were not nearly enough. This week, I had the opportunity to return, with enough spare time for a closer look. I spent hours walking the streets, people-watching and thinking back. Now and then, I saw the young versions of us across the street, as if time was insubstantial.

In 1983, Berlin was still marked by the ravages of World War II, worn and a bit run-down. Yet, for all that, it was a grand city. Today, despite the presence of insipid chain operations, Berlin is even grander. And where Rome has beauty and chaos, Berlin has beauty and order. Warms a Scandinavian heart, it does.

Like Marlene, I’ll always have a suitcase in Berlin. If only an imaginary one…