In retrospect: Border crossing in Africa

Crossing borders in Africa can be difficult, next to impossible – or easy as pie. Senegal was in the latter category. Back in 1996, at least. 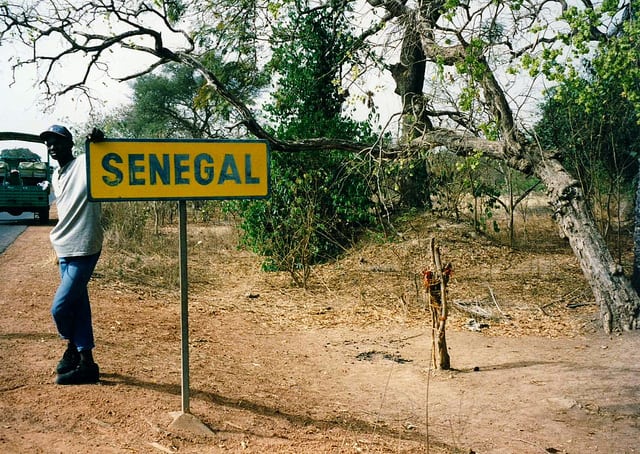 I spent a bit of time in The Gambia that year, and enjoyed it. It was an easy place to be.

One day, I met a group of fellow Scandinavians, all Swedes and Danes, on their way to Guinea-Bissau. ‘Ooh, what fun,’ I thought. ‘Never been there before. I’ll tag along.’

We first crossed the border into Senegal – easy as all that, as you might have gleaned from the photo above. We then continued through the Senegalese region of Casamance and reached the Bissau border.

Long story short, I wasn’t allowed in. As it turned out, non-EU citizens required a visa for Guinea-Bissau, which I didn’t have. Sweden and Denmark had joined a little over a year earlier, while Norway had declined the invitation to join the European Union. Again.

So there I was, all by my lonesome, at the border, waving goodbye to my fellow travellers. Now what? Hitch a ride, that’s what. In the back of various trucks, all the way back through Casamance, to The Gambia. It was a bumpy ride, but I never felt the least bit unsafe.

My lack of success at the border naturally increased the little country’s attraction. I’ve been extra curious about Guinea-Bissau ever since, but still haven’t been. Looks like visa requirements has become even more rigorous lately.

Been in Guinea-Bissau? If so, I’d love to hear about it.