World at a Glance: The Magic of Boyana 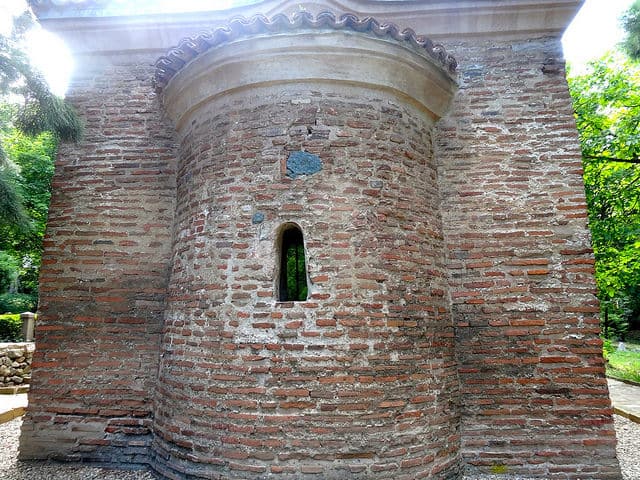 Inside this unassuming building in a woodland park just outside the Bulgarian capital is an absolute treasure.

This, you see, is Boyanska tsărkva, or Boyana Church of St. Nicholas and St. Pantaleimon. It’s actually a bit bigger than it looks here, comprising three buildings, in an interesting mix of architectural styles, where the oldest part date back to the 10th century. The second building was added 300 years later, and the final structure in the early parts of the 19th century.

But back to the treasure. Hidden within the walls here is one of the world’s most stunning collections of medieval works of art. 240 superbly preserved frescoes are here; the oldest are nearly 1000 years old. The most important ones are from 1259, including a series depicting the life of St Nicholas (of Christmas fame), portraits of Tsar Constantine and Tsarina Irina, rules of the time, as well as that of the donor Sebastocrator Kaloyan and his wife Dessislava. They’re remarkably lifelike, especially the faces; it’s almost a wee bit eerie. But they’re also thoroughly beautiful, some of the best I’ve ever seen.

I can’t show you the frescoes, I’m afraid. Photography inside Boyana Church isn’t allowed, and I obliged. But it doesn’t matter, really. Even the best photograph wouldn’t convey the proper impression, wouldn’t do the paintings proper justice. A significant part of the experience is just that: the experience. From the moment you step trough the tiny door into the chambers, you notice an unusual atmosphere. It’s like stepping through a magical door to a time long gone.

If you’re in Sofia, do set aside time to visit this little church. You won’t regret it. Take bus 64 or 107, or a taxi (easiest, and inexpensive) from the city centre. It’s open every day from 0900 to 1700, and entrance fee is 10 leva (about 5 euro). Be prepared to wait a bit to be allowed inside; only 8 people can enter at one time, with a guide. I was here at the end of the day, and had the church mostly to myself.