Bridges of the Panama Canal

Bridge of the Americas at dawn

I’ve meant to write about the Panama Canal for a while now. Just needed a little nudge – and received it with this week’s #frifotos* theme: bridges. So here, finally, are a few images of a day spent crossing from one world ocean to another, from the Pacific to the Atlantic.

Bridge of the Americas crosses the entrance to the Panama Canal on the Pacific side and was once the only bridge connecting the lands of North and South America. (Of course, there’s a Norwegian connection here as well. The bridge was designed by Leif Sverdrup, who emigrated from Norway).

I took these photos at about 5.30 am from the deck of the boat as it passed underneath. 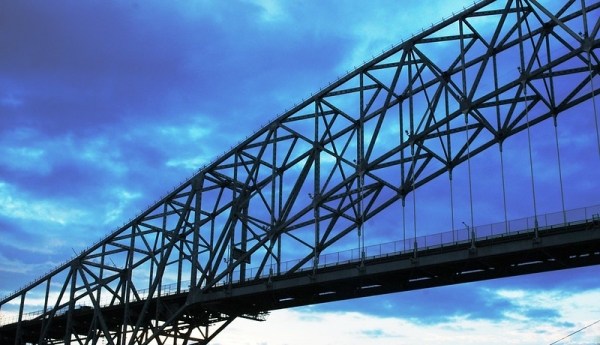 Books often inspire me to visit new places. Not travel books, particularly, most often novels. They don’t even have to be great novels. Ever since reading The Tailor of Panama many years ago, I’ve been drawn to Panama and the Canal Zone. John Le Carré’s spy story paints a picture of a dark and shady, yet oddly attractive city.

This was my first impression of the country. Looks mysterious and cool in the early hours of the morning, doesn’t it? Just as I imagined it. 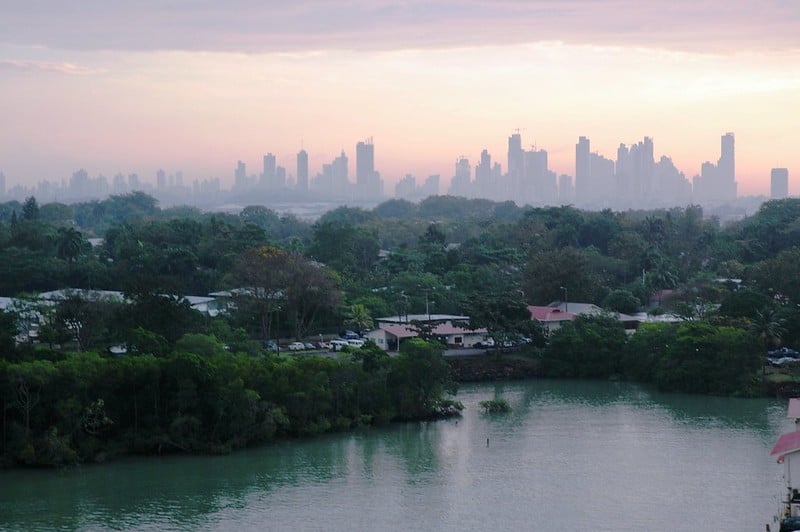 … and a little later, at sunrise

The long, leisurely sail through the Panama Canal took most of a surprisingly enjoyable day. I would have expected to be bored after a few hours, but I remained on deck all day. Didn’t even bother with meals, just hung about watching life along the canal, seeing the mechanics of the locks, nibbling on pineapple and melon, reading a bit about Ferdinand de Lesseps, French engineer of Suez Canal fame, who soon learnt the rainy, mosquito-infested, disease-ridden South American jungle was a much more hostile environment than the desert. More than 20 000 workers died. Long story short, the French effort went bankrupt and Teddy Roosevelt took over.

No complaints from the littlest one either

Scenes along the Panama Canal 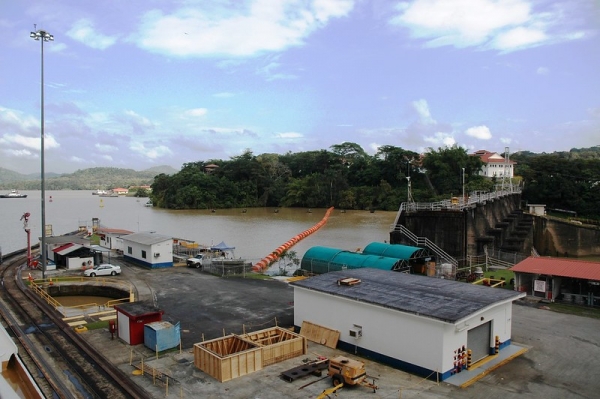 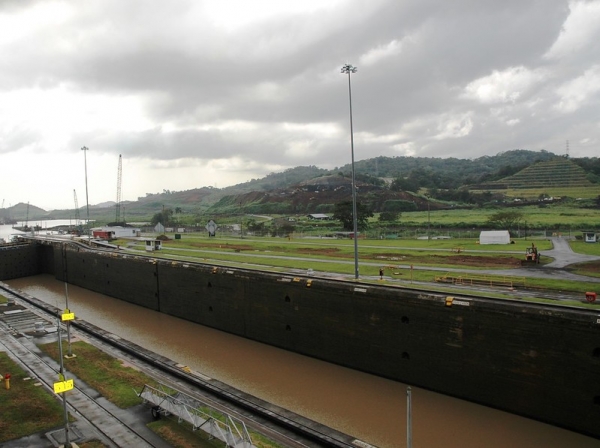 Centennial Bridge is the other bridge spanning the Canal, forming part of the Pan-American highway. 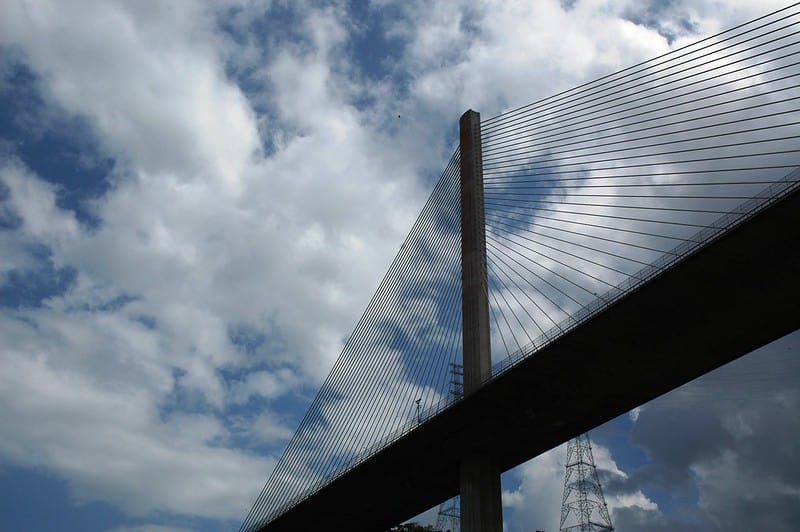 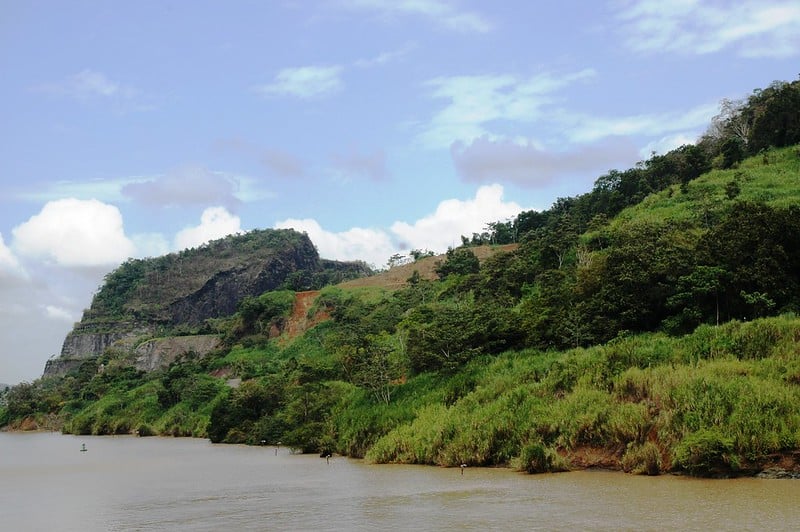 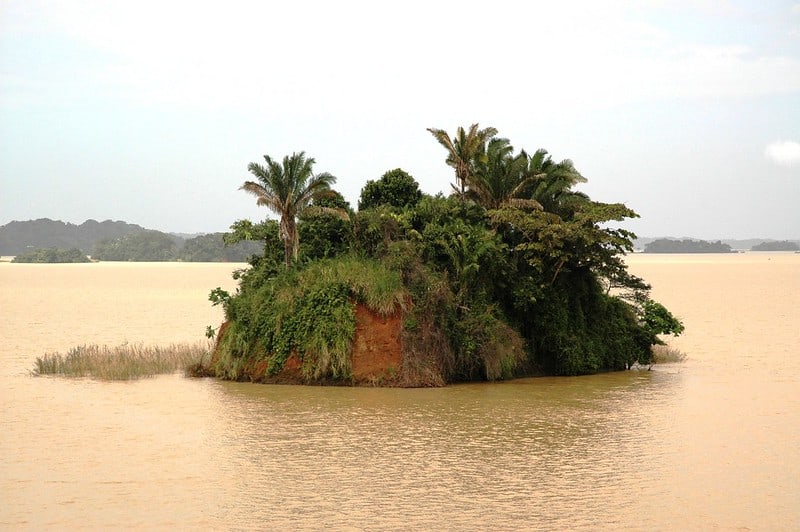 Gatun Lake in the Panama Canal was once the world’s largest artificial lake. (Of course, curious readers immediately ask: which is the largest at present? Can’t let you just hang there in suspense, now, can I? The answer is: it depends. By surface area, it’s Lake Volta in Ghana. By volume, it’s Lake Kariba, a bit further south in Africa, on the border between Zambia and Zimbabwe).

Yet another bridge, near Gatun Lock

All kinds of boats have passed through the Panama Canal, more than 800 000 since the opening 98 years ago. Think toll roads are pricey? They have nothing on the Panama Canal. Record toll was paid for the passage of the ship Norwegian Pearl, a whopping 375 600 USD.

I’m fascinated by canals: the original idea, the vision, the labour, how they work. How about you? Are you interested? Have you sailed through a canal?