So, what’s your favourite cuisine again?

We’ve covered Italian food. What else do you like? Mexican? I do. It’s not love, but a pretty decent like. I had super fresh guacamole every day when I was in Mexico last. Yum!

What about Eastern European? I like to make cold Lithuanian borscht. It’s so refreshing, and I love the colour and the flavour.

And Spanish? The Mallorquin pa amb oli (literally: bread with oil) is a super-easy, super-tasty, super-healthy snack. More on that and on cooking in rural Mallorca in this post.

Norwegian? We eat lots of fish up here in the mountainous north. At least three dinners each week should be fish, we hear all through school. And, frankly, there isn’t much that beats mountain trout with new potatoes and cucumber salad. I’ll have to come back and share a recipe on that soon. 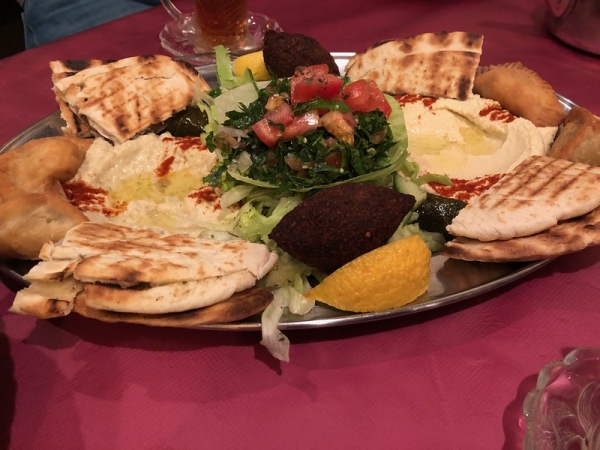 Today though, I’m thinking Middle East. Arabic food. And now, I’ve moved on from like to love. Luckily for me, Arabic food loves me, too. Only place I seem to be able to eat heaps, and not gain unnecessary weight. How’s that for a winning combo? I once spent a summer in Jordan, and came home 5 kg lighter – whilst unknowingly 18 weeks pregnant! (Yeah. I know.) I wonder if the secret is that veg is often the mains, while meat is more of a side thing.

Two years ago, I spent an exciting week in Lebanon. It had been a travel dream of mine for years. One of the (many) things I looked forward to was the food. Lebanon didn’t disappoint. And again, heaps of food, and not a gram gained, but quite a few lost. Apparently, it still works! 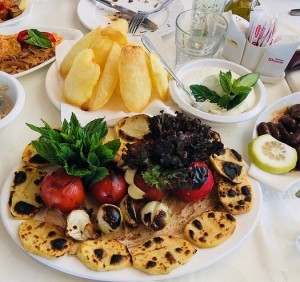 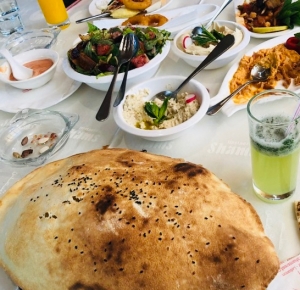 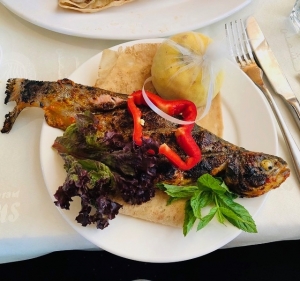 It’s all so good it’s almost ridiculous. My favourite of all is mutabal (also known as baba ganoush, or, at least, similar enough). It looks like hummus, it’s made similarly to hummus, but tastes nothing like it, even though the basic difference is roasted aubergine (egg plant) instead of chick peas. I think I could eat mutabal every day. And considering I don’t really care that much for aubergine, that’s very odd. But roasting/grilling the aubergines makes all the difference.

I feel the same way about peanut butter. Cold, it is pretty awful: the texture especially, like glue paste, practically indigestible. But mixed with lemon and coconut milk and served hot with satay chicken and rice: divine.

A tip if you want your kids to have something nutritious they won’t eat: try serving it in a different way. Fry that broccoli!

… something as simple as chicken and potatoes, Lebanese style. I like simple. And I like chicken. And potatoes. And I’ve experimented with spices and found the mix I like.

Then we’ll need vegetables. Something colourful. So we’ll whip up a fattoush, a peasant salad, using lightly fried pieces of bread and whatever vegetables you happen to have in the fridge and on the counter.

If you’re Lebanese and find my approach a bit, erm… casual, I apologise. Let’s call it Norwegian – Lebanese. 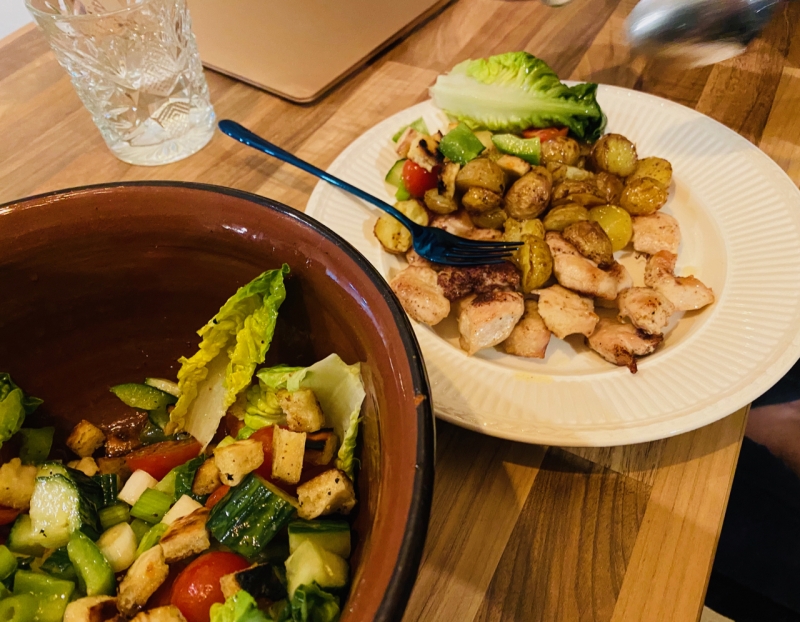 Chicken and potatoes, simple as

The easiest recipe would be to simply use chicken, potatoes, garlic, salt and pepper, olive oil and lemon juice. I prefer a little more flavour to the chicken; probably because I’m super picky and only like chicken breast, which can become a bit dry if you’re not careful. To prevent that, I’ve found a light olive-oil based marinade works wonders. (You might feel differently; if you like drumsticks etc, by all means, do use that.) This is how I do it:

While all this is happening in your oven, let’s mix together that fattoush. See what veg you have in the fridge. Today, I have heart lettuce (called Cos in England or Romaine in the US – it’s the small kind that often come in packs of two), cucumbers and spring onion. I have cherry tomatoes on the counter top, and I have mint and parsley growing in flower boxes on the balcony. Perfect. 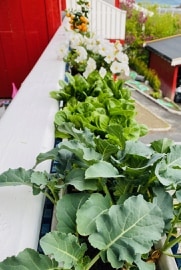 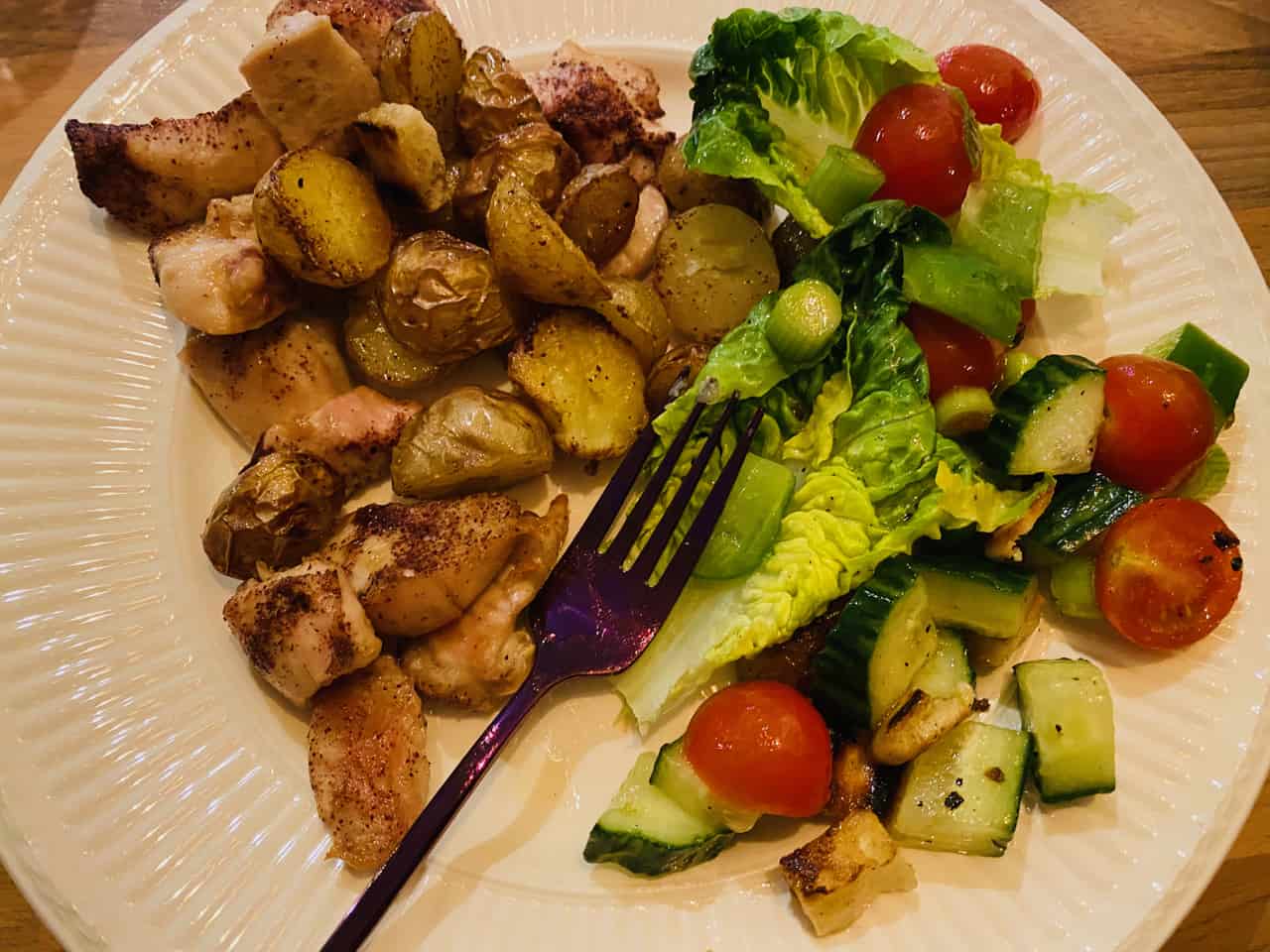