World at a Glance: Butrint

At the southernmost end of Albania, near the Greek border, and just a short hop across the Adriatic from the Greek island of Corfu, is Butrint, one of the country’s two world heritage sites. 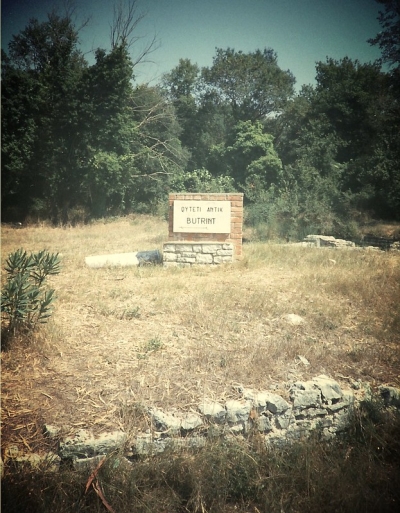 Like Carthage, Butrint is an archaeological site. Butrint was known as Bouthrōtón by the Greeks and as Buthrotum by the Romans. Then, during the centuries, Butrint switched from Bulgarian, Byzantine, Venetian and Ottoman rule, and finally to Albanian in 1912.

As ruins go, Butrint is – or was, I should say, I was there in 1992 – not very well looked after: looting was rampant and the ruins weren’t really protected or even managed. A few years later, Butrint was placed on UNESCO’s list of world heritage in danger. That looks to have been improved during the 22 years since. Since 2000, the ruins have been part of Butrint National Park and the site was removed from that unwanted listing in 2005.

Getting to Butrint is easy. The site is located about 30 km from the seaside town of Sarandë.

Sarandë again, is easily accessible from Corfu by ferry or hydrofoil (90 min and 30 min, respectively), or by road (about 47 km, one hour) from Igoumenitsa in northern Greece. Note that the road isn’t in very good condition, so plan for lots of time if you choose this way. 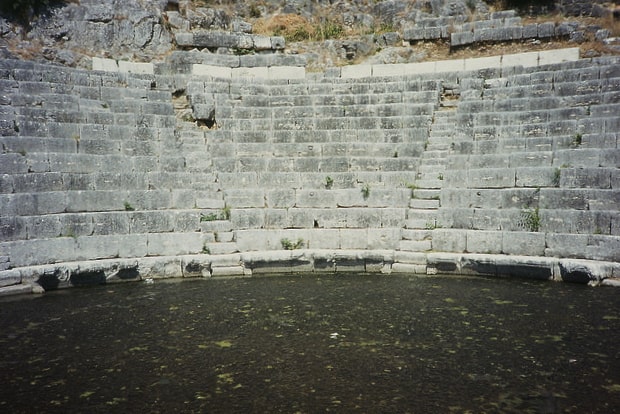 World at a Glance is a series of short articles here on Sophie’s World, with a single photo (though not today) – portraying curious, evocative, happy, sad or wondrous, unexpected little encounters.