I’m just back from yet another visit to Cambridge. Last time was back in 2005, to take Alex to her university interview. That was an experience in itself. We met lots of nervous potential students, all dressed very formally. Alex hadn’t got the memo (or hadn’t really read it, not sure which), neither about the dress code nor about being nervous. But then, NTNU in Trondheim was her first choice, so this was more for a bit of fun.

This time in Cambridge was all about work for me, leading a negotiations workshop for 33 local reps from the Federation of Professional Associations.

We stayed at the University Arms, just like I did last time (Alex stayed at the halls at St Catherine’s). It’s a nice enough hotel (the slight scent of mothballs notwithstanding) with a good location in the centre.

My group also tried a few restaurants, De Lucca Cuccina and Brasserie Gerard. Good food all round, and both venues managed to fit all 34 of us in, without our crowd disturbing other diners too much (I hope). 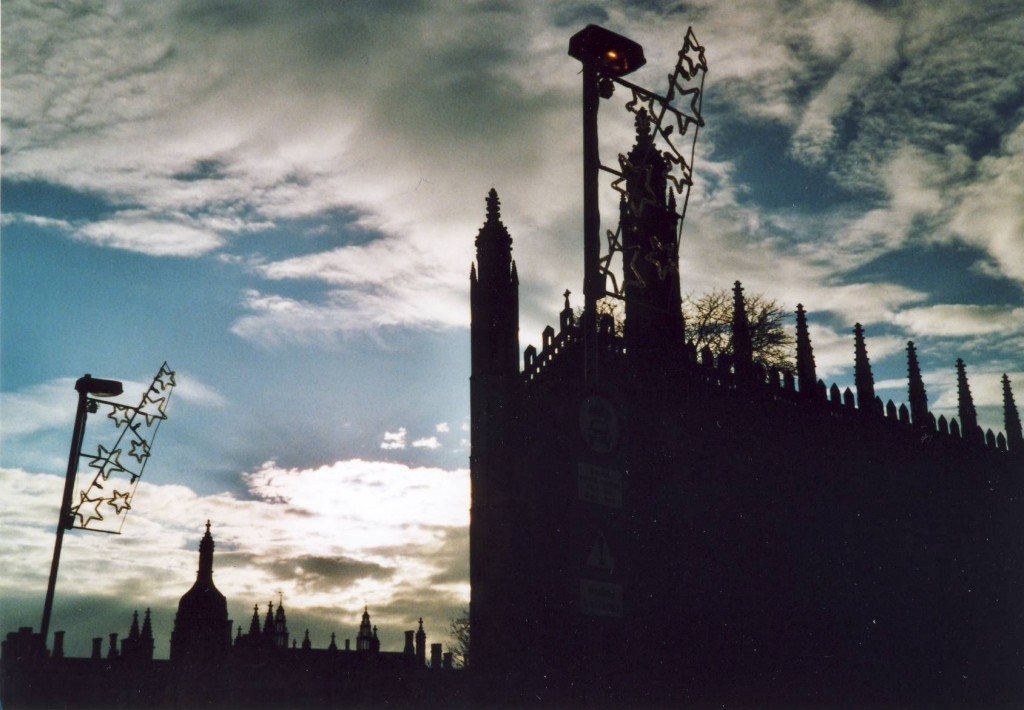 I love visiting Cambridge. It’s one of my favourite cities in England. I think I could live there for a while. History just creeps up on you at every corner. It’s very easy to imagine students and dons in black capes walking here 800 years ago. Imagine that – 800 years! (Or 799, to be exact). Time travel indeed!

And more modern history as well – like the cosy pub The Eagle – practically home of the Double Helix, where Crick and Watson announced they had found the secret of life.

David and Mavis showed us around town. According to these passionate Cambridge guides, Queen Sonja (of Norway), used to work at The Eagle as a barmaid. A bit difficult to imagine, that.

A lot more difficult, actually, than picturing the fantastic King’s College Chapel full of 15th century students – or for that matter full of Hogwarts students sitting in the pews or flying about on a Nimbus 2000. Although to be fair to that “other university”, that was actually filmed in the dining hall at Christ Church in Oxford.

All in all, a very educational outing. These two enthusiastic Cantabrigians highlighted the importance of having good guides. For example, did you know that Harvard University was named for a Cambridge man, John Harvard? I didn’t.

Harvard lost most of his family to the Bubonic Plague. He then received a BA and a MA from Emmanuel College here at Cambridge in 1635, became ordained as a preacher, moved to the colonies with his wife (New England, natch) and founded a university. Though, apparently, there’s some doubt as to whether he deserves the title ‘founder’.  However that may be, he at least donated a substantial amount of money and more importantly, 400 books. The powers that be was so appreciative of this generosity, they decided

that the Colledge agreed upon formerly to bee built at Cambridg shalbee called Harvard Colledge.

All this, he accomplished before he was 30. Sadly for John, he died of tuberculosis a year later.

And Cambridge, Massachusetts, home of Harvard University, is named in honour of Cambridge University. (That, I did know.)