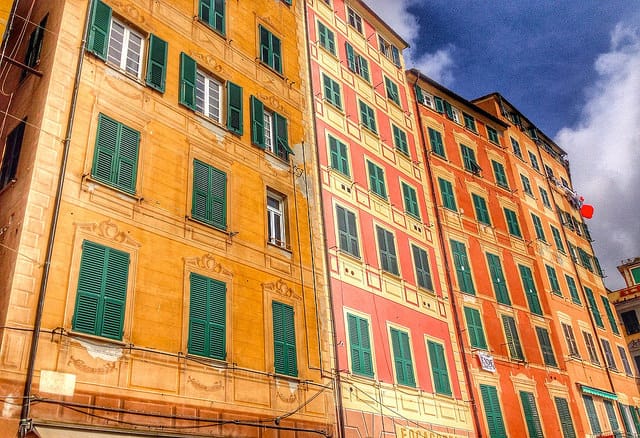 Let’s begin with a look at some of the delightful little towns along the Ligurian Riviera. The five little villages are the most famous, and yes, Cinque Terre is a gorgeous area indeed. We’ll get to it later in May.

But this region has more to offer. Much, much more. In fact, the whole Riviera is sprinkled with little fishing villages, one after the other. Vibrant specks along the coastline in the Ligurian palette: pastel when overcast, deep and warm colours in the afternoon sunshine. Amber and gold, coral and terracotta. Set against the deep blue sky and sea. 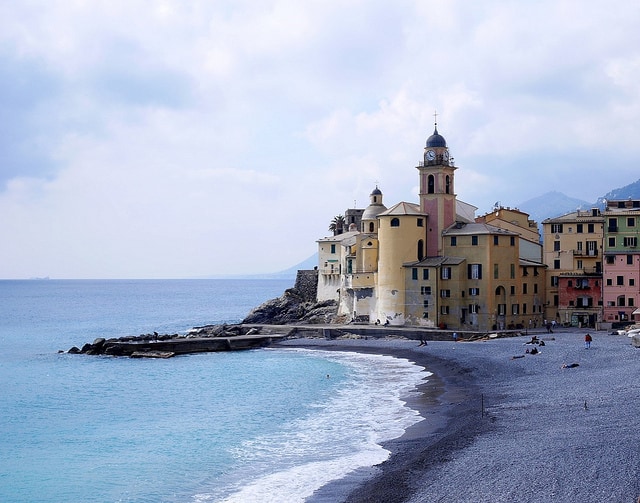 One of my favourite villages is Camogli. About halfway between Genoa and Sestri Levante, in the aptly named Golfo Paradiso, Camogli is home to 5-6000 people. More in summer, naturally – though the tourists seem to be mostly Italians who have managed to keep the place to themselves. For now. 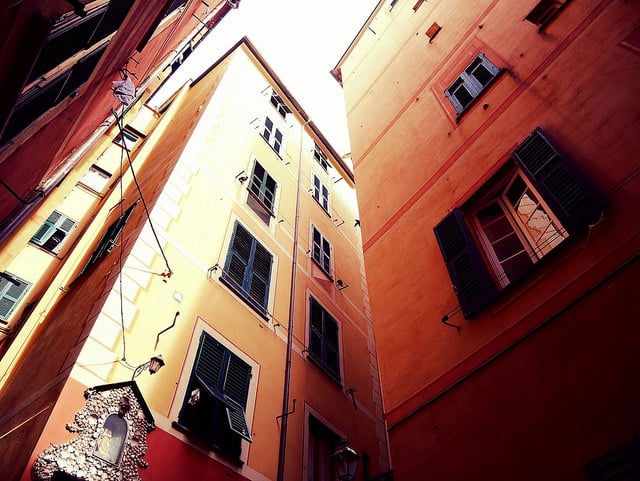 Cristina, our Ligurian guide, tells us Camogli is probably a contraction for Case delle Moglie, the wives’ houses. With the men out fishing, the tall houses have always been the women’s domain. And Camogli is by all accounts a fishing community still. If you’re lucky enough to be around this weekend, you’ll have the opportunity to take part in the fishing festival, Sagra del Pesce, held the second Sunday in May every year.

Nearby is San Fruttuoso. We’re meant to take the boat over, but the weather gods don’t agree. Sea’s too rough. After hearing it described as a mystical green cove, I’m intrigued. It’s always good to save something for next time.

Camogli is the opposite of stress 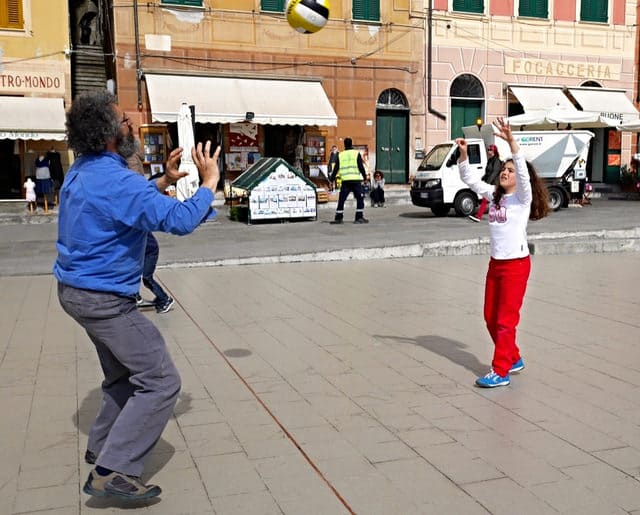 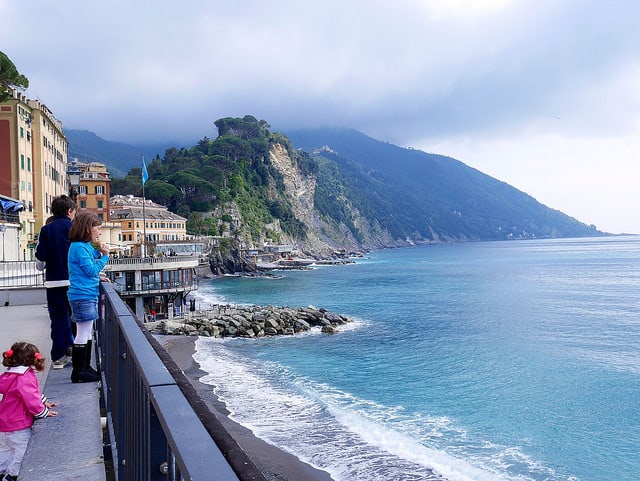 Instead, we wander along the seafront, we explore Camogli’s medieval architecture, and stop for coffee at one of the many little bars. Everyone’s out, playing, walking their dogs, enjoying a lovely Saturday in spring. Camogli is simply the opposite of stress. 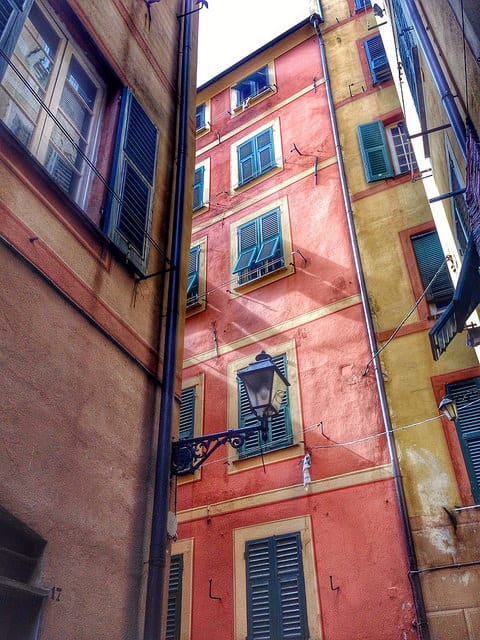 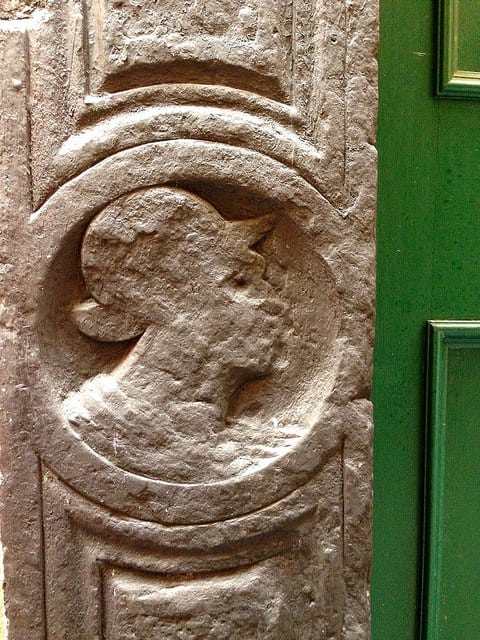 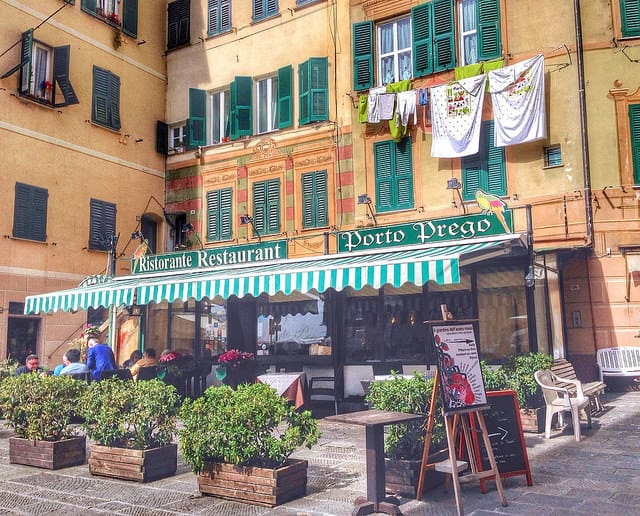 Getting to Camogli is easy. Everything is close in Liguria, it’s one of the smallest provinces in Italy. As you can see from the map below, Tuscany is right at the doorstep, too. Fly to Milan, Turin, Pisa, Florence, Bologna or Genoa (the closest – and an interesting city to visit, as well). Camogli is half an hour by train from Genoa, and about 2.5 hours from Milan or Turin.

Disclosure: I was in Camogli as a guest of Turismo in Liguria. As always, I retain complete freedom to write about all or nothing, whatever takes my fancy, good or bad… you know.