Canterbury Cathedral and the badass bishop (Day out London) 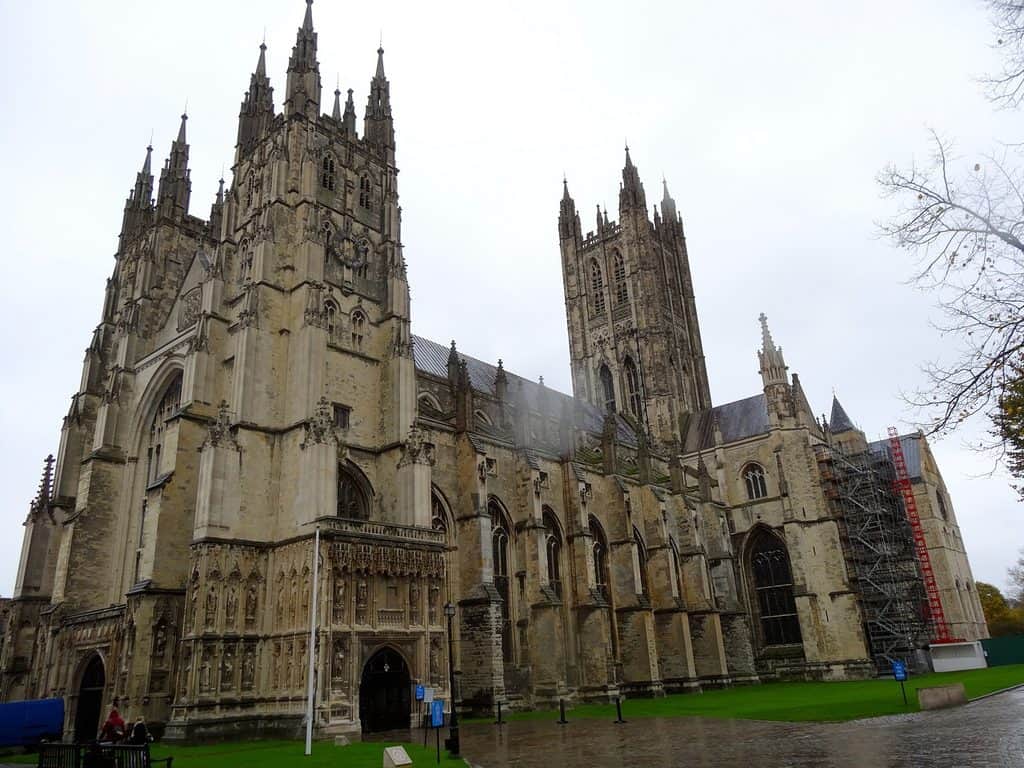 Today, we’re going to talk about Thomas Becket. And I don’t mean that dude on Sniper, but the original one, Saint Thomas of Canterbury. Our Thomas Becket came long before the US Marines – and was, frankly, more of a badass. That cost him his life. Right here in Canterbury Cathedral, where he was head honcho – or since we’re in England and thus a bit more formal – the Archbishop.

In December in the year of our lord 1170 – just two days before the new year, and just one week after his 50th birthday – Thomas was brutally murdered… at this spot, in Trinity chapel. 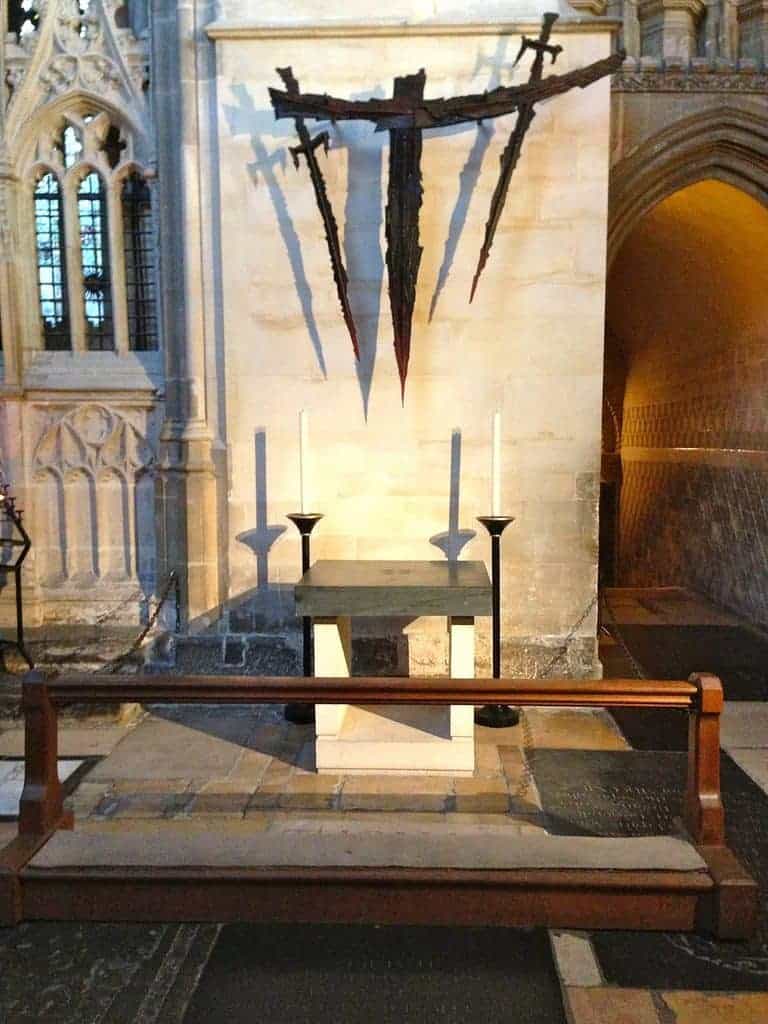 What did he do to deserve such a fate? Well, he had his agenda – which clergyman didn’t back then… in fact, which clergyman doesn’t today… Thomas’ agenda? When he was made archbishop, he changed his allegiance from King to Church. The secular vs the religious. What else is new?

Will no one rid me of this turbulent priest?

In the summer of 1170, the bishops of York, London and Salisbury crowned the heir apparent, Henry the Young King. As a consequence, our Thomas excommunicated all three of them for this travesty. Who did they think they were?! Only Canterbury crowns kings!

In fact, Thomas excommunicated folks left, right and centre; generally everyone who opposed him.

King Henry II had just about had it with Thomas, and is said to have uttered the infamous words above (or variations thereof). The king’s words could be – and was – interpreted as a royal command to murder that pestering preacher. And so four knights set out for Canterbury on a mission for king and country. At first, they left their weapons outside, and entered the cathedral to confront our man.

– Absolve and restore to communion those you have excommunicated and return to office those who have been suspended, said the knights.

– No way Jose, was the reply. I refuse! (Actually, according to eyewitness, Edward Grim, a monk at Canterbury, himself wounded in the attack, Thomas’ words were: ‘No penance has been made, so I will not absolve them.’)

– Then we’ll off you, yo, went the knights. ‘And it’s your own stupid fault.’ Or 12th century words to that effect.

– Hah! replied Thomas. I am prepared to die for my Lord, so that in my blood the church will attain liberty and peace.

Famous last words, and not unlike ones uttered 1137 years earlier, on a height in Jerusalem.

– but in the name of Almighty God I forbid that you hurt my men, either cleric or layman, in any way. If it is me you seek, let them leave.

The knights then proceeded to slice off the top of Thomas’ head; basically scalping him:

the crown of his head was separated from the head in such a way that the blood white with the brain, and the brain no less red from the blood, dyed the floor of the cathedral.

And as if that wasn’t enough, a clerk who came along with the knights

placed his foot on the neck of the holy priest and precious martyr, and, horrible to relate, scattered the brains and blood about the pavements, crying to the others, ‘Let us away, knights; this fellow will arise no more.’

Bit of a hero that Thomas, wasn’t he? Of course, who knows the truth of this – and any other words uttered before the era of live broadcasts. But let’s go with it. That’s what his contemporaries did. Thomas was canonised in 1173, and even King Henry ended up paying penance at his grave. Not only that, according to the Cathedral website,

King Henry II, held responsible by many for the murder, walked barefoot from nearby Harbledown to the Cathedral to do penance. On arrival, he was flogged by monks in front of St Thomas’s tomb.

And the assassins? They were excommunicated by the pope (karma!), then sent to serve as knights in the Holy Land. This inspired the founding of the Knights of St Thomas, emulating the Teutonic Knights (yes, you remember right – we’ve mentioned that gang more than once here on Sophie’s World).

And what about the beastly, cynical clerk? We don’t know much about his fate, but I’m kinda hoping karma got him, too. 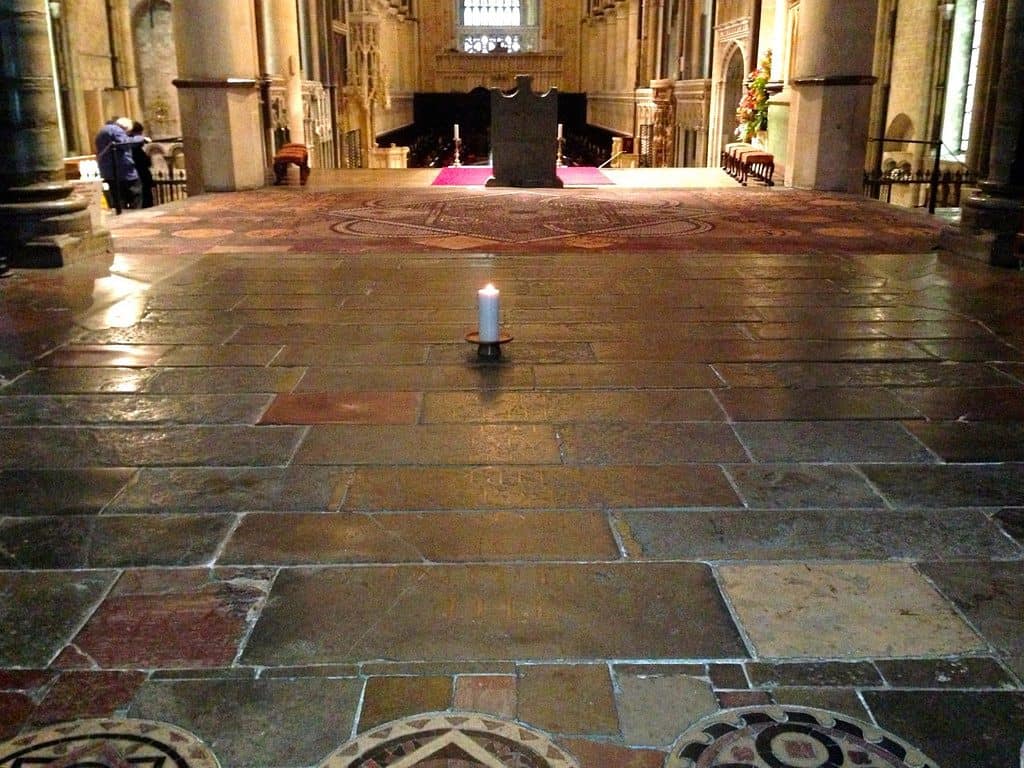 The grave is no more – a candle marks the spot

368 years later, in 1538, Thomas’ tomb was destroyed by royal order. As we all know, Henry VIII was no fan of the Catholic church, and he thought Thomas ‘… had been a traitor to his king, and defied his honour’. So he had the grave destroyed, Thomas’ bones burnt, and all gold and jewels taken. In fact, ol’ Henry wore one of those jewels himself (a large one, unsurprisingly), on a thumb ring. 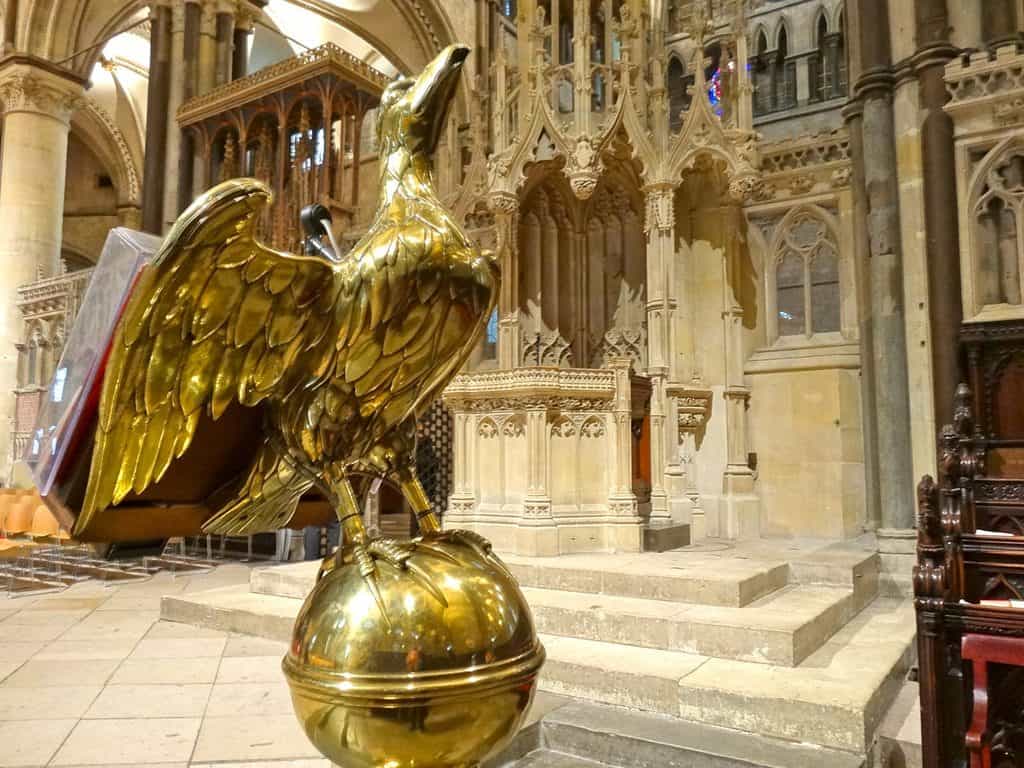 Of course, Christ Church Cathedral in Canterbury is more than a crime scene. In fact, it’s the seat of the religious leader of the Church of England, and has been for half a millennium. The Mother Church. Furthermore, it’s an architectural chef d’oeuvre – a beautiful union of Gothic and Romanesque.

The World Heritage site also comprises England’s oldest church and the ruins of the Abbey of St Augustine. The latter was a centre of book making, and thus, a centre of learning. Both are a short walk away.

Yet, it’s this site, marked by a lit candle, that keeps me fixed to the spot for the longest time, imagining that scene 849 years ago, and trying to sense if any remnants of that day might linger in the atmosphere here. 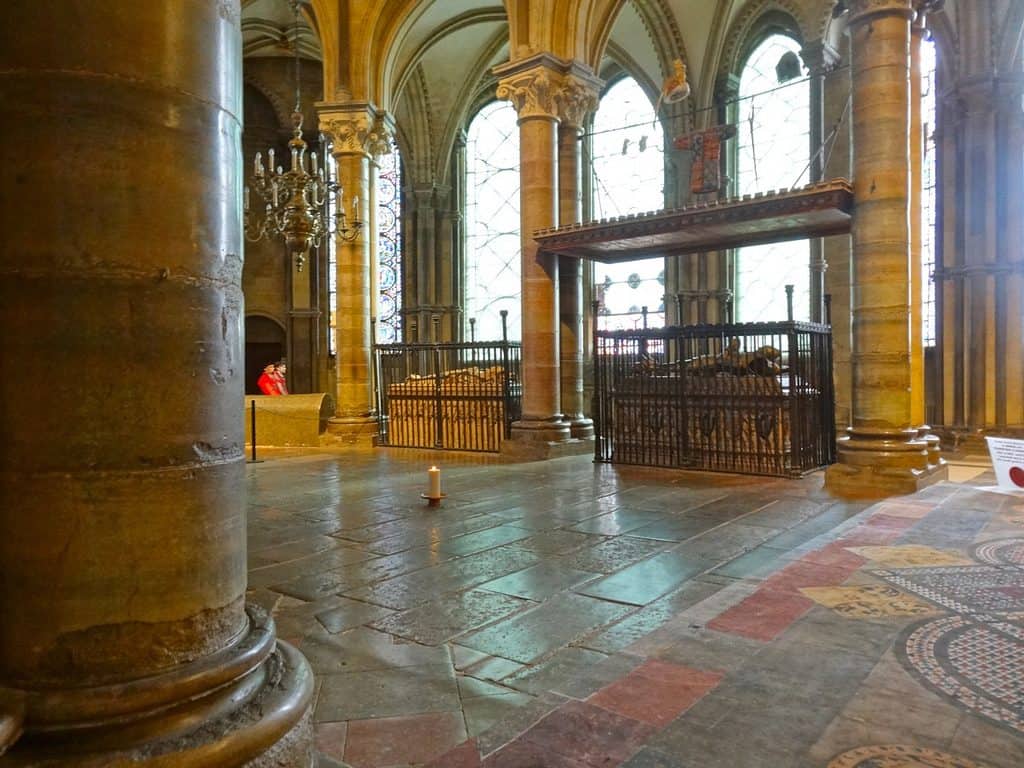 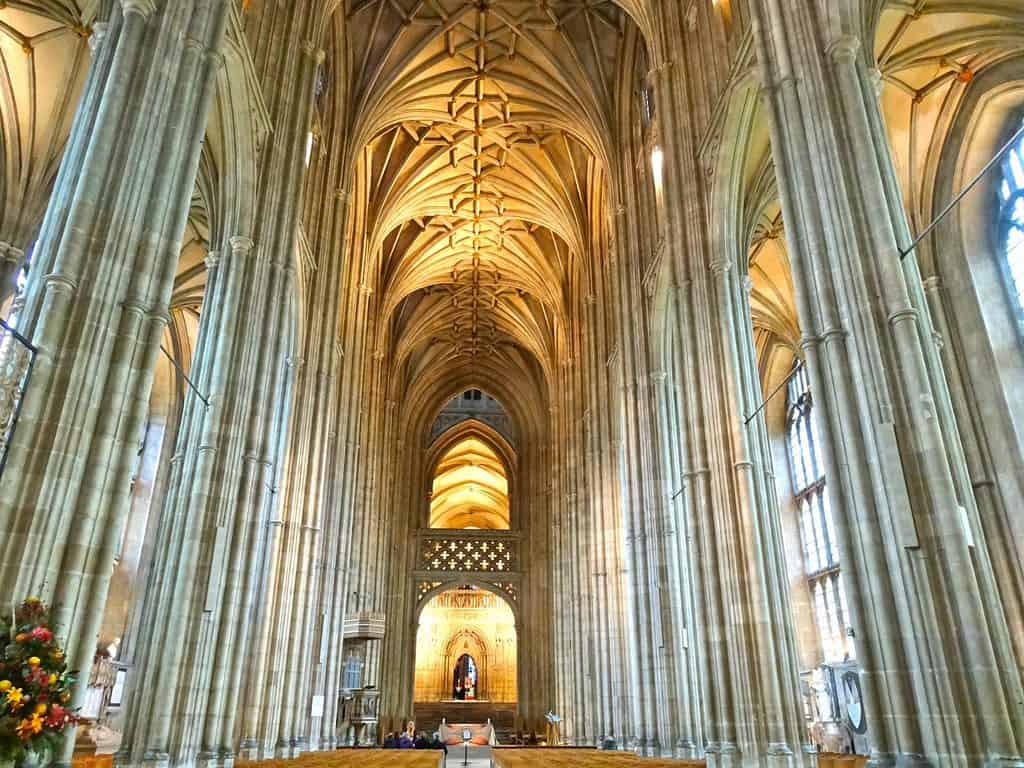