Furthermore, it is my opinion that Carthage must be destroyed (Day out Tunis) 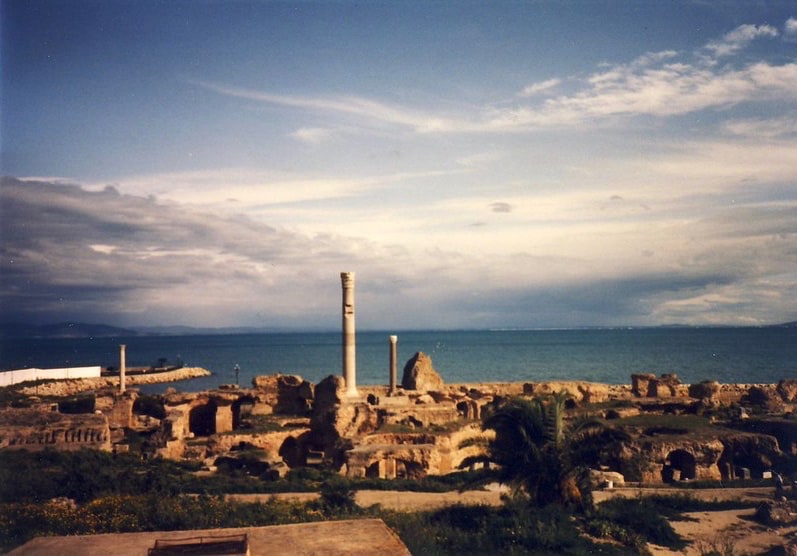 I took this photo 20 years ago and had it on my office wall for years, in a sort of “lucky shots”-gallery. It’s not technically brilliant. Lady Luck, the clouds, the blue sky, the turquoise Mediterranean and the site itself conspired to create this shot. I’ve always been very pleased with it, because it’s faithful to the subject. This is exactly how Carthage looked that day.

The Queen of Carthage 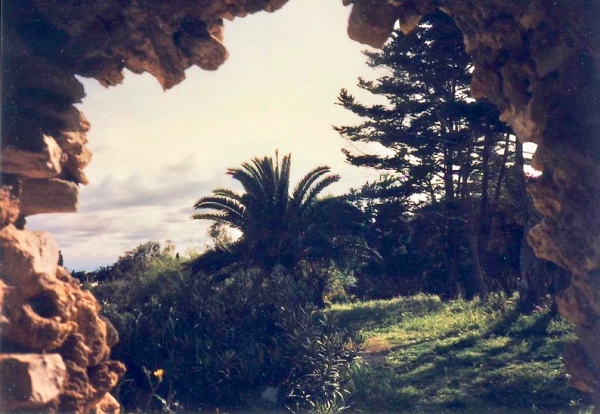 Carthage was the work of a woman. Phoenician Queen Dido had escaped Tyre (in Lebanon) after her wicked co-ruler (and brother) Pygmalion had assassinated her husband. She founded Carthage and it soon became a thriving, brilliant city.

Over the centuries, Carthage expanded and began occupying Roman territories. The Romans couldn’t have that, of course. Cato the Elder is reputed to have finished every speech he gave to the Roman Senate with these ominous words:

Ceterum censeo Carthaginem esse delendam – Furthermore, it is my opinion that Carthage must be destroyed

The Earl of Shaftesbury uttered similar words before Parliament in the 17th century, regarding the Dutch, and others have done the same, adjusting the phrase to suit their particular agenda. Might a few of the present day world leaders have harboured such thoughts? We can only speculate. At any rate, politics doesn’t look to have changed much during the past few millennia.

Cato got his way. 2 158 years ago, Rome destroyed Carthage in the Third Punic War, only to rebuild it as its own. It became capital of the province of Africa, one of the most important cities in all of Rome. About seven centuries later, the Romans got a taste of their own medicine, when Carthage once again was destroyed, this time by Arabs out to conquer.

Today, Carthage is an interesting and rather beautiful ruin on the outskirts of the Tunisian capital. UNESCO has deemed it to be of outstanding value to humankind.

On this April day in 1992, I had Carthage practically all to myself and absolutely loved hanging about the ruins. Sitting with my back against a pillar, I looked out at the tranquil sea, imagining I was the elusive queen. 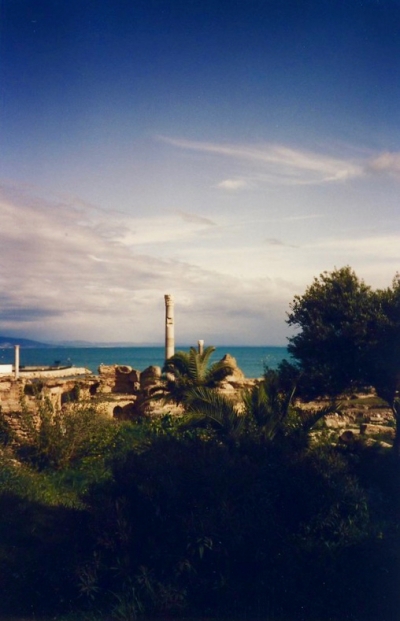 Others have been inspired by the legendary sovereign. Christopher Marlowe wrote a play about her and Henry Purcell an opera. The British Royal Navy named several ships after her and the parents of the English singer-songwriter with the angelic voice their daughter. I think Queen Dido might have liked that.

Do places spark your imagination? Any one place in particular?

The Archaeological site of Carthage is a UNESCO World Heritage site.