By Alexandra Redisch and the stray cats in Rome

If you, like me, have a tendency to wander about new cities with no special purpose or goal, you sometimes end up at the most amazing places. Not having a defined destination is liberating to me. The goal itself is to wander and experience the feeling of being deliciously lost in an unfamiliar place. Brings me more in touch with the soul of the city itself it does.

Now, I may or may not be extremely interested in cats and animals in general. Some would say I care more about animals than humans. Ambling about in Trastevere, I spotted a stray dog searching for food in a small piazza, so I popped into a shop and bought a chicken schnitzel panini. By the time I came back, the dog was gone.

Look at the adorable little thing…

I’ve recently adopted a rescue dog myself – who, by the way, has her own facebook page and is very keen on more likes – and I desperately wanted to feed the little dog. After searching for a while, however; I had to declare defeat.

The search, however, lead me to the most wonderful cat sanctuary. 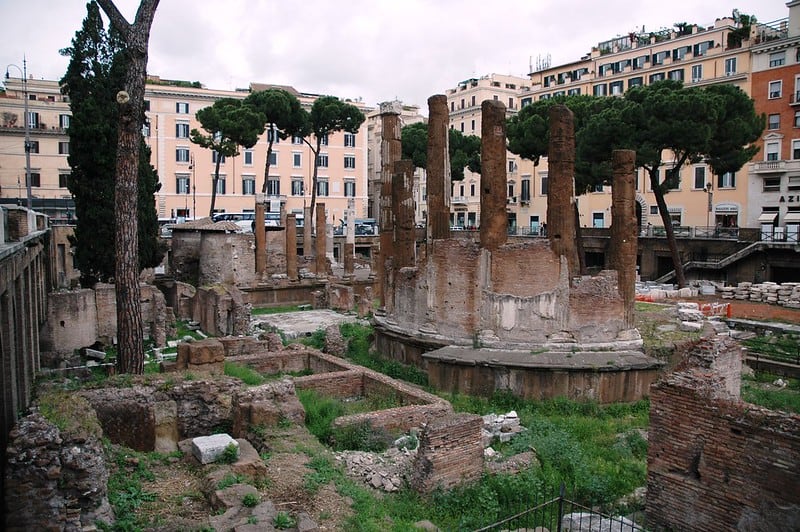 When in Rome, by all means visit the Spanish Steps, the Trevi Fountain, the Colosseum, Pantheon, Vatican City. But if you want to see something different, go to Piazza Argentina and visit Torre Argentina Roman Cat Sanctuary. 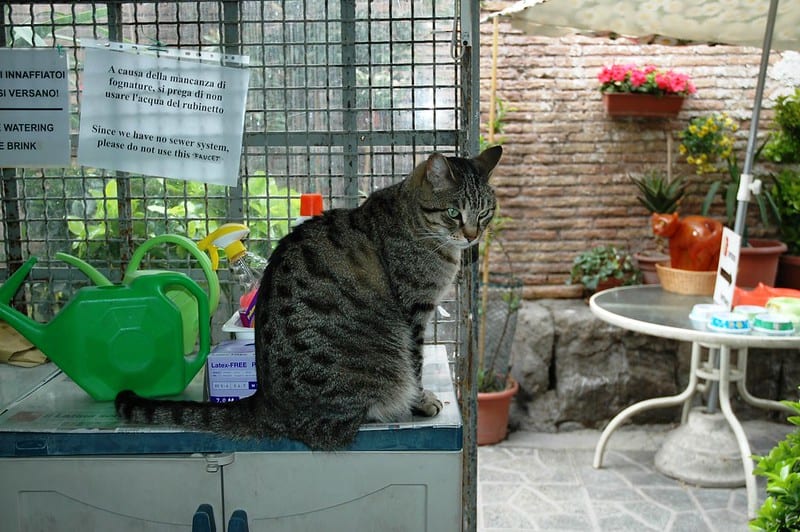 The cat sanctuary is located at an archaeological site, the Campus Martius, and it’s truly spectacular. The site is filled with the remains of ancient buildings and columns and all around, cats lounge about in that possessive manner of theirs. Beautiful!

I counted at least twenty cats basking in the sunshine. Even though it’s surrounded by traffic on all sides, the sanctuary is a strangely tranquil place. It felt safe, as the digs are so far below street level. No chance of getting hit by a passing car. The ruins are from 400 – 300 BCE, among the oldest in Rome, and is currently the home of 250 feline friends. 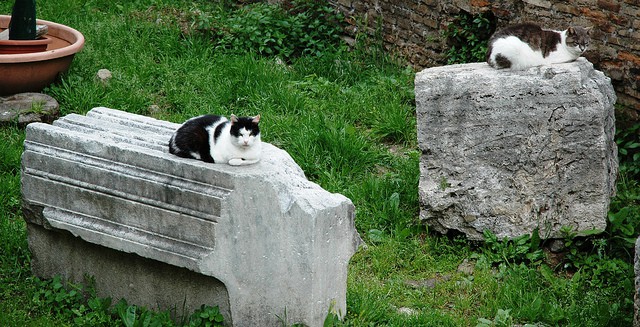 Cats are available for adoption, foster care, or what the shelter calls “distant adoption” – sponsoring a cat from afar. I do the same at a cat shelter in Norway, and it is most rewarding. My cat is called Jo, and I get letters “from him” from time to time to let me know how he’s doing. I might just sponsor a kitty from Torre Argentina as well! 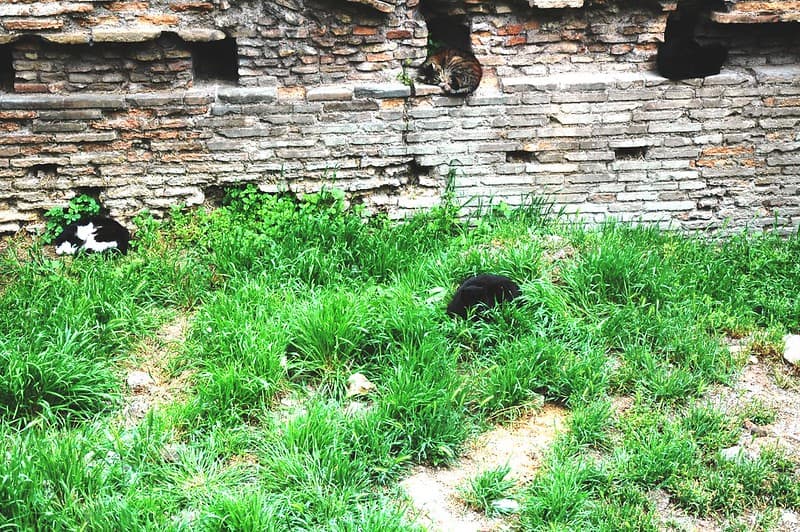 Where’s Kitty? How many can you spot?

Oh, and by the way – as I walked about the maze of paths between the fallen pillars and columns, I met a small black cat who became the lucky winner of the chicken schnitzel panini. 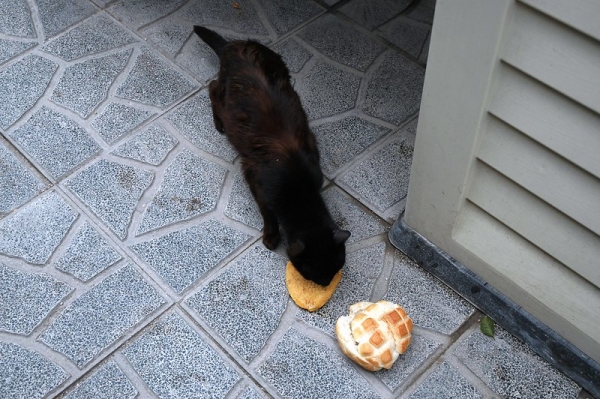