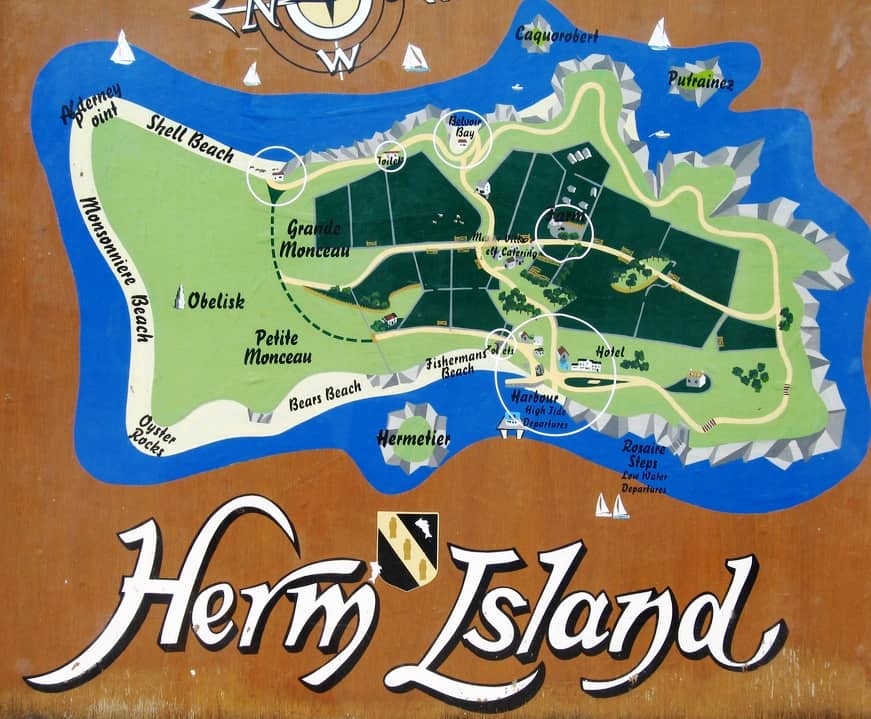 I’ll say it straight up front. I adore Herm. Could even live here for a time. The off-season would surely be magical and just a little bit eerie. Just the kind of place to hang about while writing a book. Now I’m even more curious about the two remaining Channel Islands I haven’t yet seen: Sark and Alderney. We’re so coming back to these islands.

On Herm, you either disembark in a pretty little harbour or at the Rosiere steps, depending on the tide.

Herm has a population of about 50, as well as a few cows who seem to have a good life. They’re outdoors all year in temperatures on average 5 degrees higher than mainland Britain.

To live here, you must have a job on the island. No commuting to work in Guernsey, in other words. Even though the distance is fairly short – a mere 20 minutes – and the ferry relatively frequent. Neither cars nor bicycles are allowed on the island, but locals are allowed tractors.

Walking around Herm takes only a few hours

About 1 x 2 km, you can easily walk around the entire island in a couple of hours. We don’t – that time-constraint again. I’m sure it would have been a very pleasant walk along the island’s pretty beaches. We do go up to the village, though; home of most of the island’s residents. All stone houses and an 1100-year-old church, St Tugual, around a little plaza. Very rustic. Very Italian, actually. 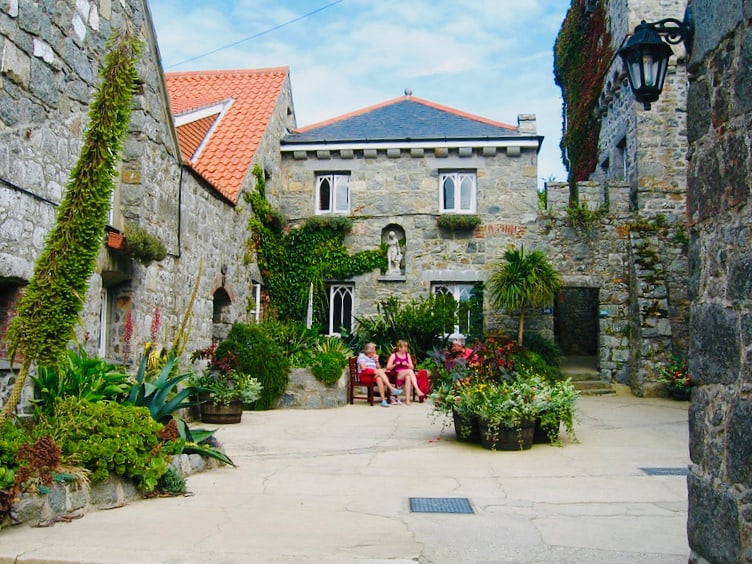 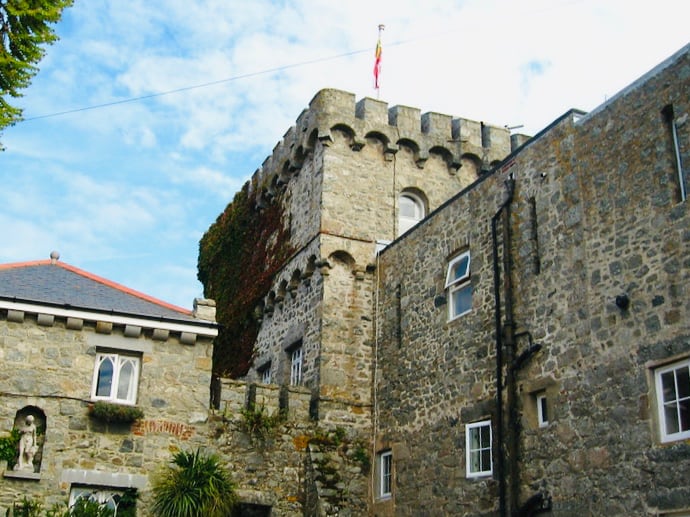 Herm sports one hotel, one restaurant, one school (for all the 8 children) and a surprisingly well-stocked shop.

The White House Hotel looks like a lovely place to spend a few nights, although the self-catering cottages up by the village would probably be better if one wanted solitude; so often necessary to bring creativity forth. No telephones, TVs or even clocks in either the hotel or the cottages. Now, if I could only switch off that mobile. 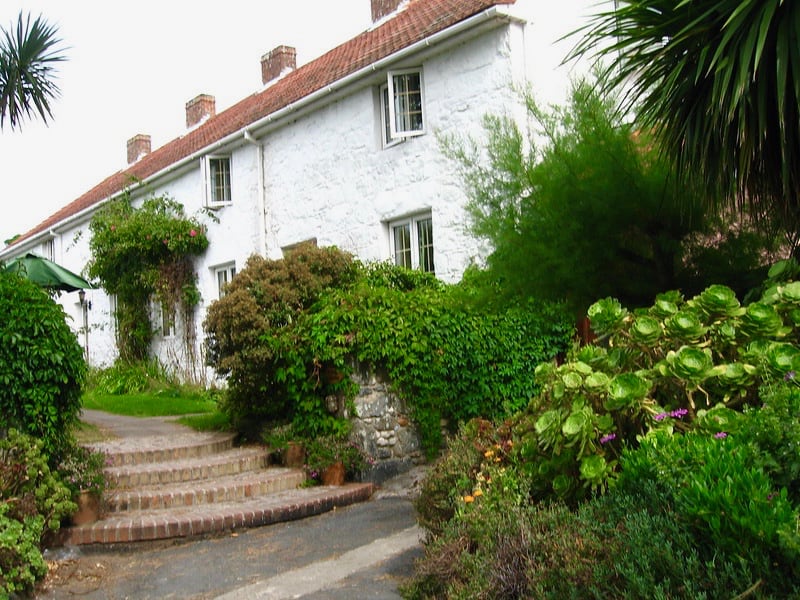 The Mermaid Tavern offers an extensive lunch menu. Everything we order is very tasty; served outside in a large courtyard. The inside seems to be a bit more musty, like an old, brown pub – yet charming in its own way. 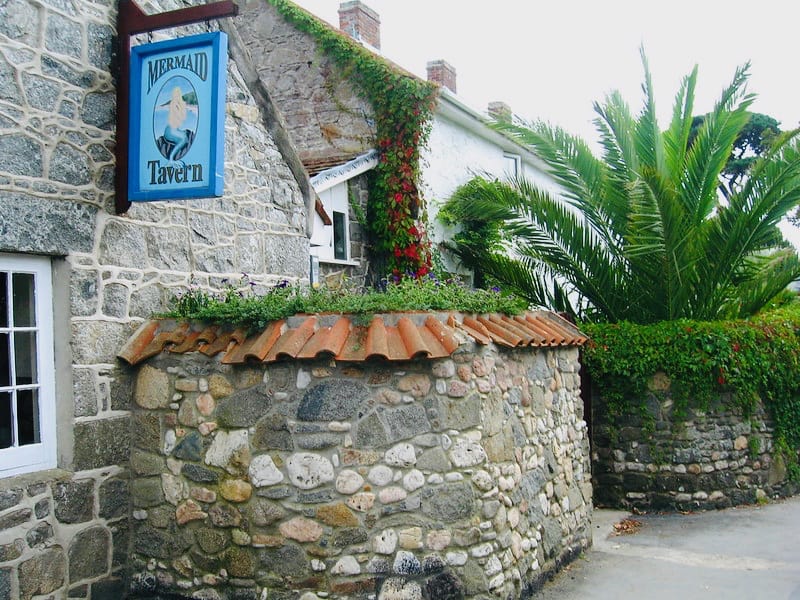 Many of our fellow passengers on the Herm ferry carry pitch forks! “What for?” I ask the captain. “To catch razorfish,” he replies, smiling patiently at my question-mark face.

What’s razorfish, you ask? At least I do. “They’re quite good,” cappy says. So I turn to Worldseafishing.com for more info. These odd little creatures are found deeply burrowed on Herm’s beaches.

Last ferry back? Or stay on…?

The last ferry back to St Peter Port leaves a little before six p.m. I really don’t want to get on it. There’s something about remaining when the last boat leaves, isn’t there? Next time…

Two policemen dressed in Kevlar vests are among the passengers. Why? How can anything on Herm possibly warrant such security equipment? Perhaps ballistic vests are standard issue British police attire these days?

Or perhaps Herm’s tranquil beauty is deceptive? Does something sinister lurk about the island? It certainly would make a superb setting for a murder mystery. And those pitch forks! Excellent murder weapons. Hm…. 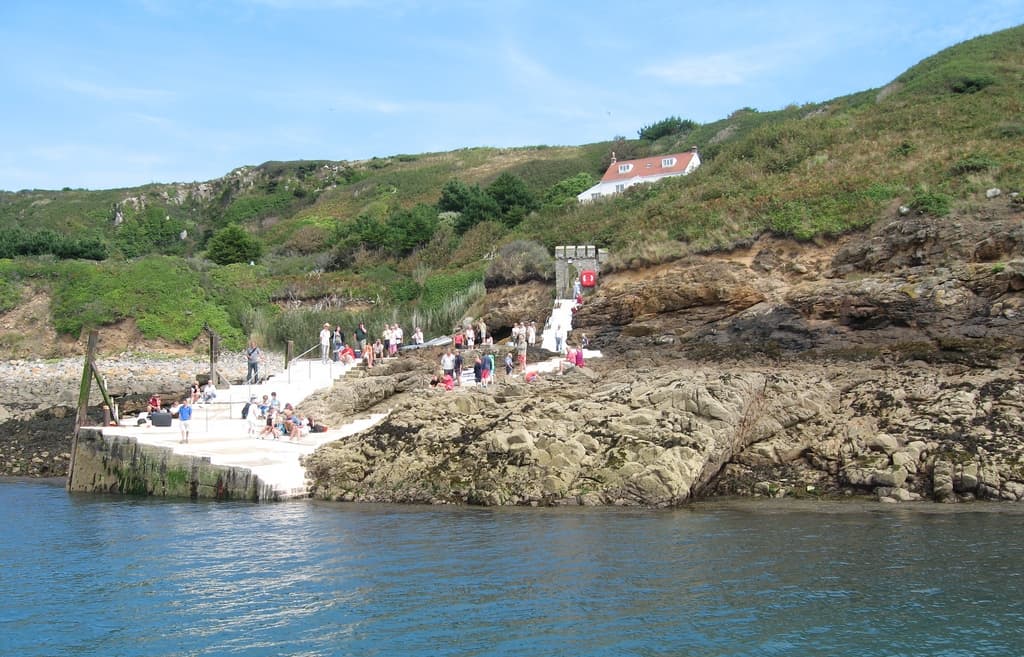 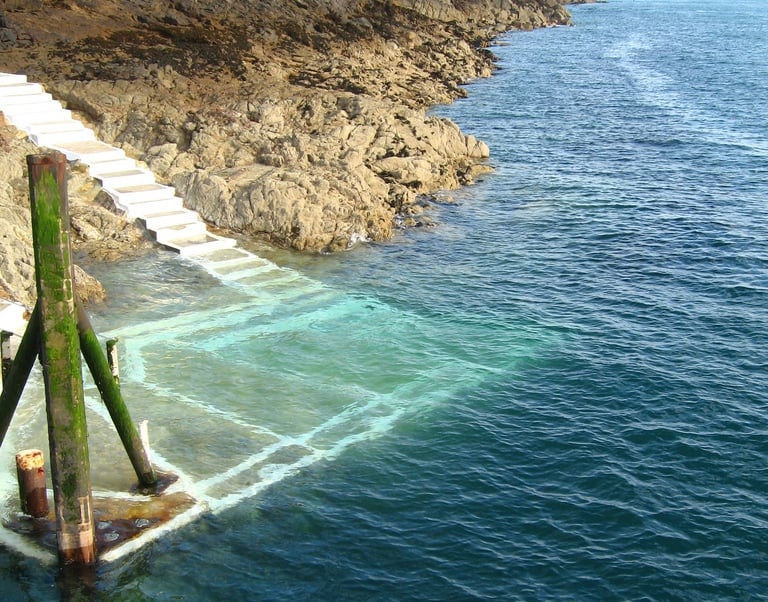