Chisinau is probably one of Europe’s least known capitals. It’s a very walkable city, but if you have a broken leg, or just aren’t up for it, the bus service is frequent and ridiculously cheap (In 2008, we payed 3 lei for a ticket – about EUR 0.30) 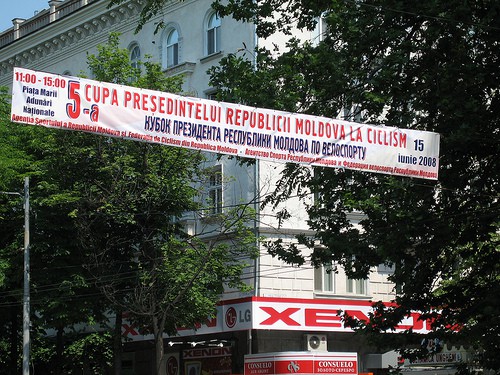 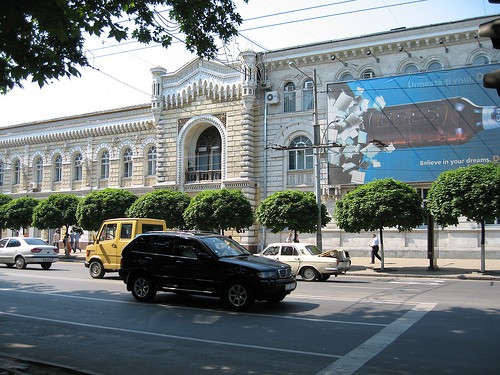 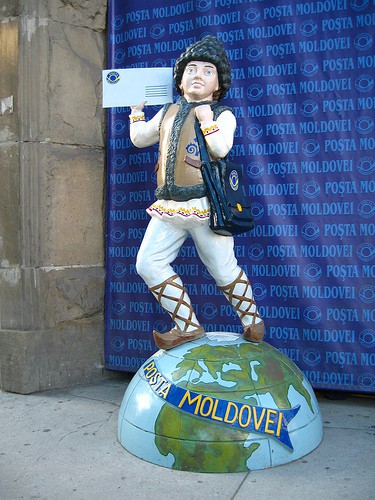 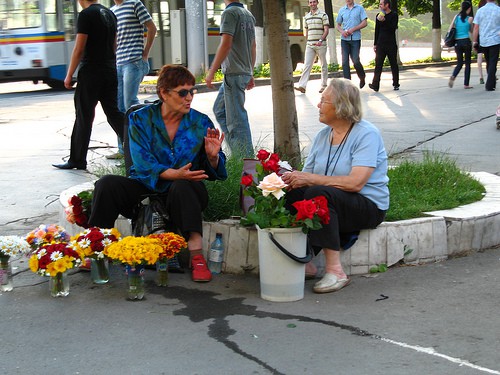 The little city’s architecture is interesting, pretty in a slightly run down sort of way: 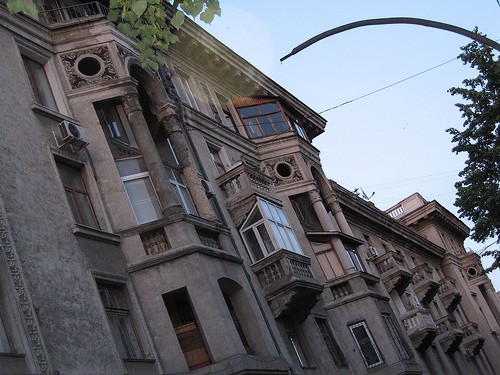 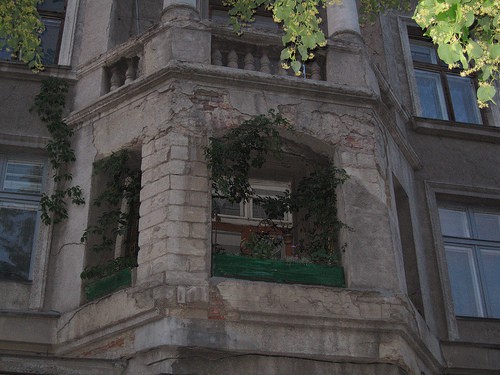 Nightlife in Chisinau is rumoured to rock! On this Tuesday evening, it seems to be concentrated along main street, Blvd Stefan cel Mare. We’re drawn into Green Hills Café, offering huge portions of very good food and nice Moldovan wine. Green Hills is also an excellent spot for people-watching.

As they stroll by on impossibly high heels, I marvel at Moldovan women’s ability – and desire – to walk around on stilts. They look chic. But is it really worth the pain? The having to walk slowly? The total inability to suddenly start running to catch … whatever? The feeling of being handicapped? Is it that different from the old Chinese tortuous custom of binding girls’ feet?

So, was it perhaps time to hit the world-famous kick ass-nightlife? According to ever trusty Lonely Planet, good times can be had at Black Elephant: The Underground Club or at Soho.

Nah! Sorry, everyone; not my scene. A book in a park is more like it. I can be boring. Also, my 19-year-old daughter has no desire to go nightclubbing with her mum.

Instead we stop at Beer House where beer is brewed on the premises and tastes delicious. The food gets good reviews as well. Outdoors on this mild June evening are oval glass tables, wicker chairs, brick floors and strips of white Christmas lights hung vertically in the large windows (oddly, it works). 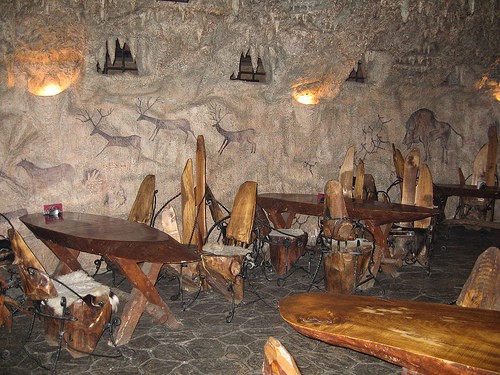 The interior is interesting as well: in one area, the stone walls are decorated with cave man drawings. Another area depicts medieval times, complete with knights in armour. The main hall leaves me with the feeling of walking among half-timbered houses in an English village on a starlit night in 1890. The only drawback is cigarette smoke. But we’re in Eastern Europe. Eastern Eastern Europe even. Smoking laws are probably long ways away.

In Chisinau, we stayed in Marisha’s flat (arranged through Your Friends in Moldova). Marisha is an enterprising Moldovan girl married to a Manchester boy. The flat is conveniently located near the train station. Nothing luxurious, but then again, I paid about EUR 30 pr night for the whole flat. 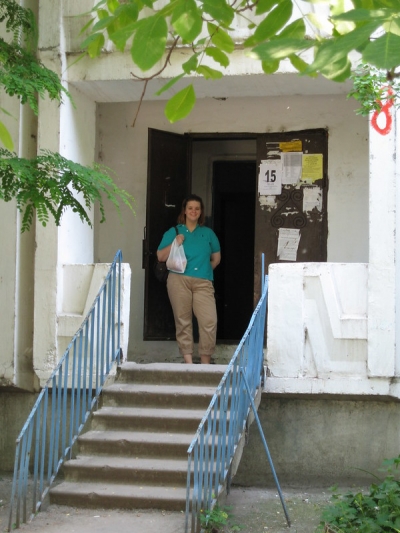 Our short-term home in Chisinau