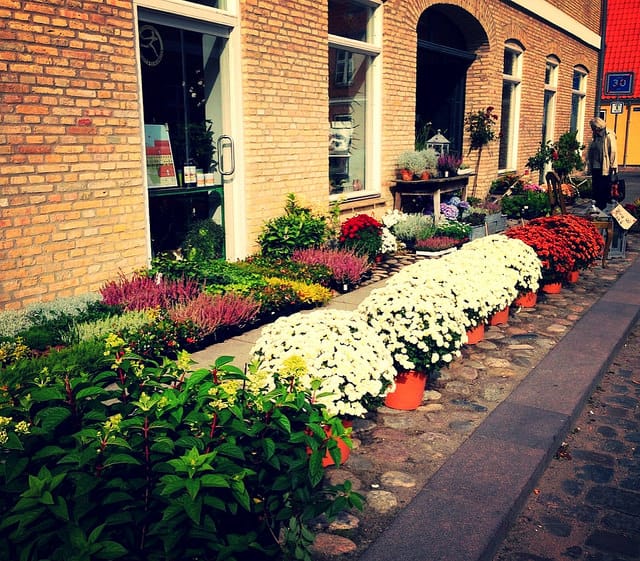 One of the latest sites to be added to UNESCOs World Heritage list is Christiansfeld, a Moravian Christian settlement on the Jutland peninsula in Denmark.

Seeing as it’s just down the street (more or less), I decide to make a day of it. An hour or so in the air and 40 minutes in a little Smart car rented at Billund airport, and I’m wandering the streets of this tiny town. And eating an exceptionally delicious chocolate-covered honey cake. 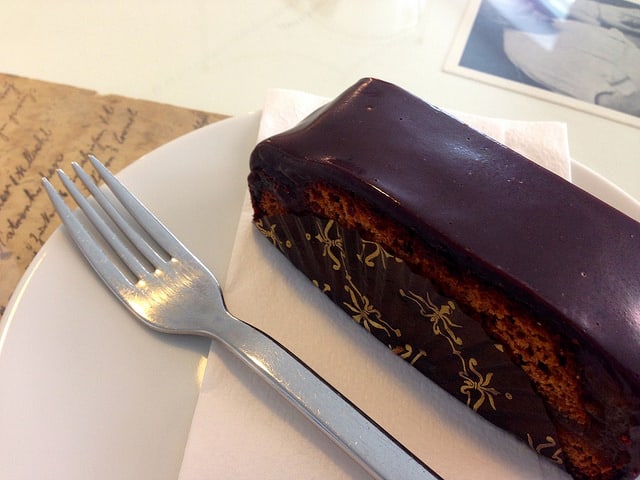 This is a spur of the moment day trip, so I haven’t done much research. All I’ve gathered is what I skim on the short plane journey. Which isn’t much, as I fall asleep soon after take-off. Basically, all I know is that Christiansfeld was founded by the Moravian Brethren as an ideal community in 1772.

Now, who were these Brethren – and why did they settle in Denmark? Here’s a little background:

In 1415 in present-day Czechia, a reformist named Jan Hus publicly accused the Catholic church of power abuse. He was neither the first nor the last. A forerunner of Martin Luther, you might say, only Jan didn’t get away with it. He was convicted of heresy, and when he refused to recant (even when given a second opportunity at the stake), he was burned. This horrific execution drove people away from the church, and several groups were founded in the wake of Hus’ execution, one of which was the Unitas Fratrum, the united brethren. 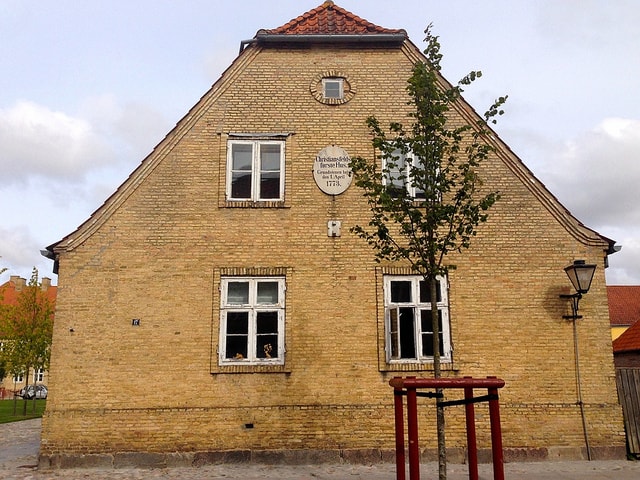 The brethren and their ideas managed to survive various religious wars over the centuries, and in 1722 they founded the Herrnhut Colony in Saxony. Moving northwards, they succeeded in forming a society in Copenhagen, attracting the likes of philosopher Søren Kierkegaard. But trouble wasn’t over: they were soon considered a threat to the state and in the 1740s citizens were forbidden from joining their congregation.

That all changed with Struensee, physician and adviser to King Christian VII of Denmark. The king was possibly schizophrenic – and relied heavily on Struensee, who in many ways was the defacto regent. He was also an Enlightenment thinker. Sounds positive, doesn’t it? Not so in the late 1700s, when enlightened meant opposing traditional lines of authority. Risky business. 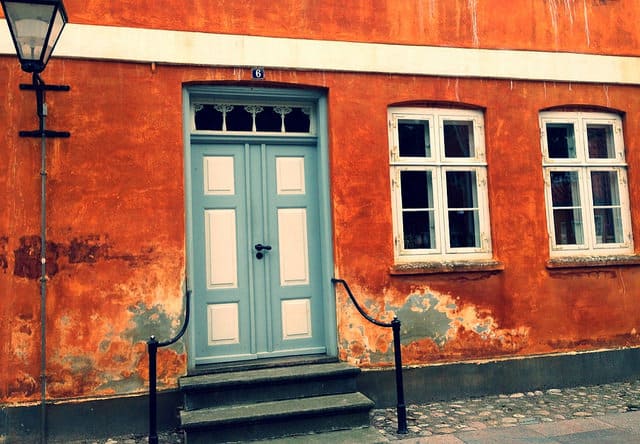 Struensee wanted to make a difference, and pushed through various reforms, such as compulsory small pox vaccination for children, abolition of torture, banning slave trade, free press, and cutting privileges for the nobility – to name but a few. Well, such disobedience couldn’t go unpunished. In 1772, he was accused of usurping royal authority (and true, he did have an affair – and a daughter – with the queen). Then he was beheaded, drawn and quartered. But I digress. (More on Struensee in a future post, a fascinating man).

During Christian VII/Struensee’s reign, attitudes towards the Brethren changed. By the time Struensee was executed, the plan for the settlement was well underway. Fortunately the new government didn’t withdraw the building concession. The new colony was named after the king. Should it have been named Struenseefeld? I only ask. 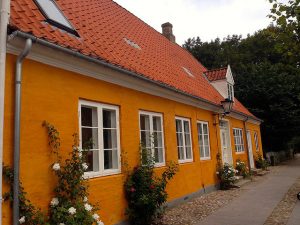 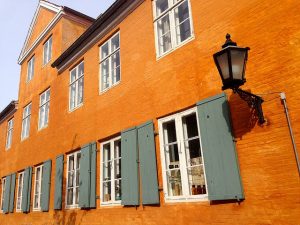 Driving into the little town, I see light and bright houses with tall, sloping red roofs, cobblestone streets, trees and flowers. Everything looks open and airy and quaint – and symmetrical. 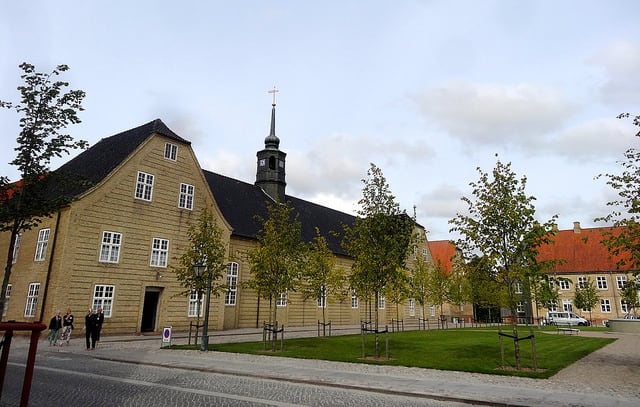 I soon learn why. Christiansfeld was carefully planned in stringent, straight angles. Shaped like a cross with a well (the life-giving water) in the middle, Kirkepladsen (Church Square) is the town centre, with the most important buildings surrounding the square. 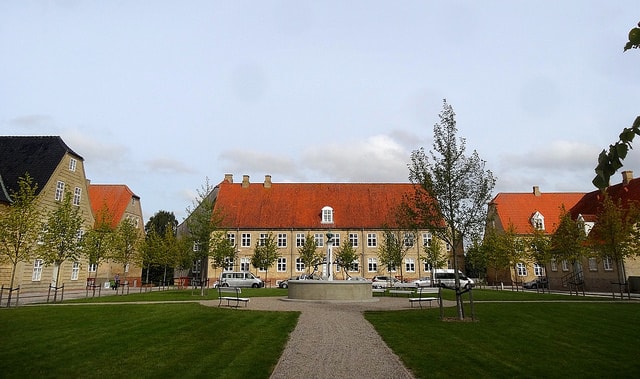 The Brethren’s cemetery, Gudsageren, is likewise divided: women are buried on the right and men on the left. All the tombstones are alike, as we’re all the same in death. 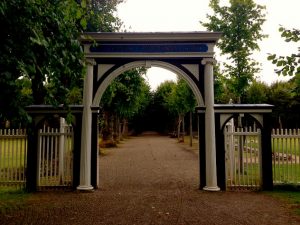 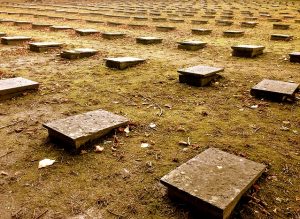 Christiansfeld is very small, and walking through town takes a leisurely hour. That includes having a look at the cemetery, peek inside some of the houses, peruse the craft shops, and stop at one of the bakeries in Lindegade street, where honey cakes have been baked and sold since 1797 and is still made according to the old recipes. It’s filled with apricot and covered in dark chocolate. In one of the shops, the Brethren’s Honeyake Bakery,  you can buy home-made chocolates as well. And there’s wine, or, if you’re driving, very good coffee. 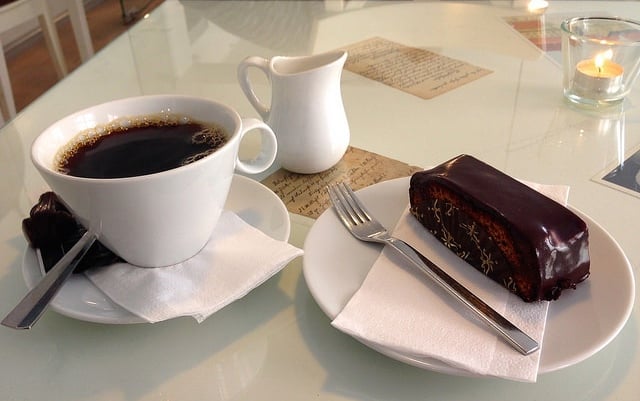 Here’s what UNESCO has to say about Christiansfeld:

The town was planned to represent the Protestant urban ideal, constructed around a central Church square. The architecture is homogenous and unadorned, with one and two-storey buildings in yellow brick with red tile roofs. The democratic organization of the Moravian Church, with its pioneering egalitarian philosophy, is expressed in its humanistic town planning. The settlement’s plan opens onto agricultural land and includes important buildings for the common welfare… 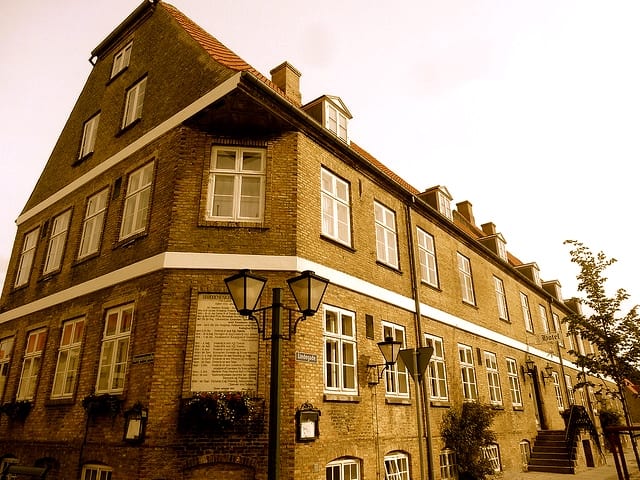 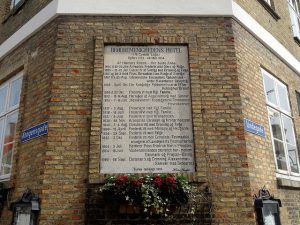 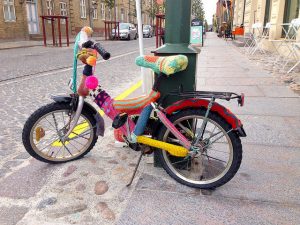 Are you interested in World Heritage? Have you visited any in Scandinavia?

The Christiansfeld, a Moravian Church Settlement is a UNESCO World Heritage site.