In the late 90s I spent quite a bit of time in India, but haven’t been back since. I’ve been tempted to return lately. The mountainous north, Kashmir and Ladakh, hold the greatest draw. I’d love to stay on a house boat on Lake Dal in Srinigar. Now to convince the girls to come along… (Alex, my oldest, has already been. When she was 16, she visited Ladakh on a high school trip, trekking through Markha Valley and up to Kong Muru in the Karakoram Mountains.)

But I’d also like to return to fascinating Rajasthan for a closer look. So I’ve been going through photos from Jaipur and thought I’d share a few. The photos are scanned from prints, so the quality is not great, but hopefully you’ll get an idea of what a vibrant, colourful place India’s largest state is, in every sense of the word. And what better way to begin than with celebrating Diwali.

Wandering around Jaipur, my friend Ellen and I came across a colony where Diwali celebrations were in full swing. We, though complete strangers, were invited in to join. 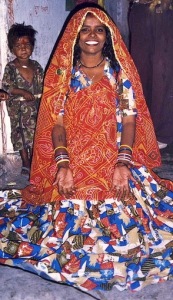 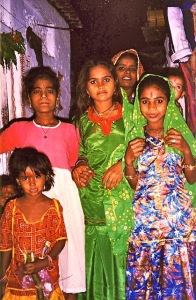 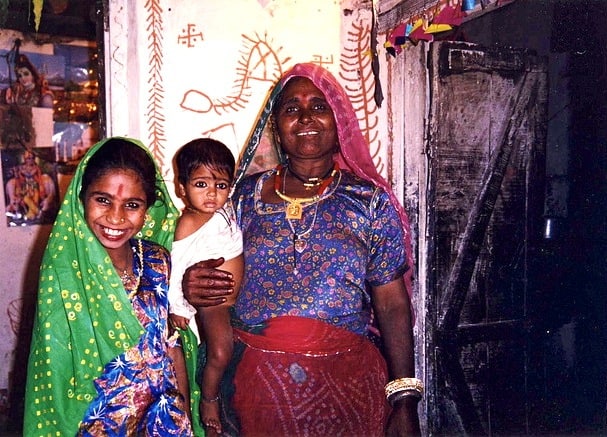 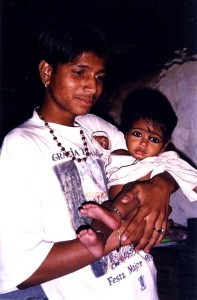 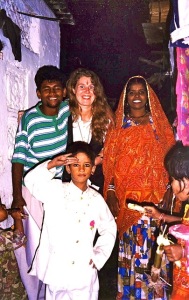 In the middle of Rajasthan’s capital, Jaipur, is Hawa Mahal, Palace of the Wind. This vivid screen wall is so striking, like a bright pink pyramid. Writing about the colours of Rajasthan, well, I simply couldn’t leave it out. 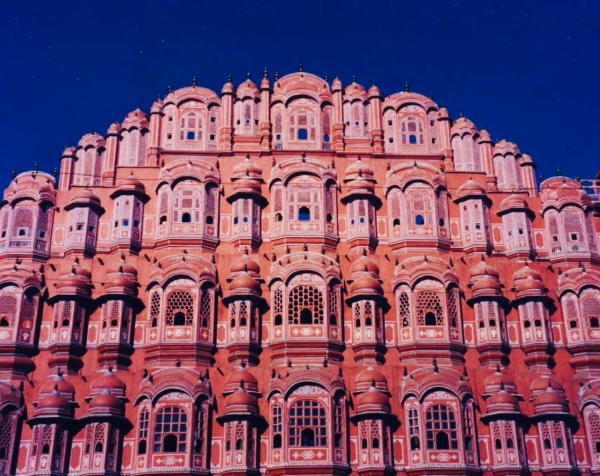 Amer Fort (also known as Amber Fort) lies about 11 kilometres outside Jaipur and was a popular attraction when we were there in 1996. Even more so now, I’m sure, after it was added to UNESCO’s prestigious list in 2013 (along with 5 other Rajasthani hill forts) of properties worthy of special protection for the future. It certainly shows the power of the Rajputs. 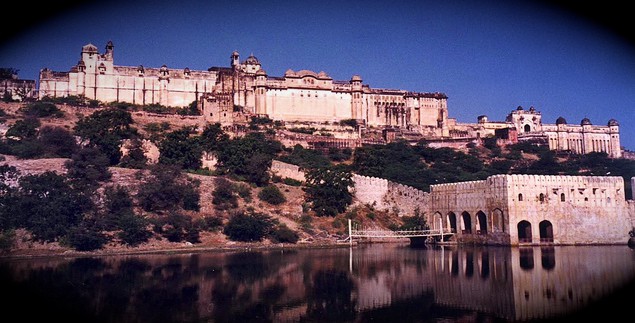 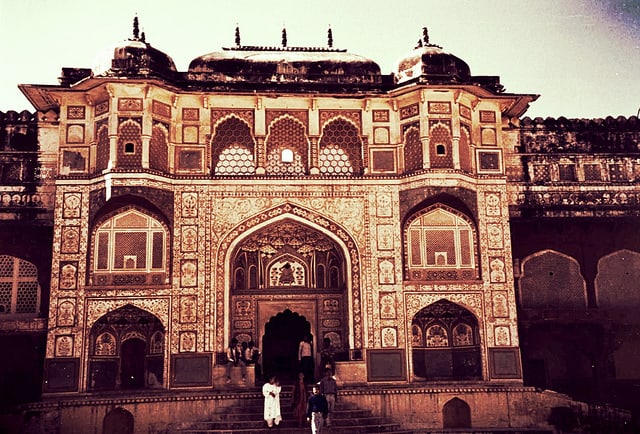 Ganesh Pol (gate), named after the elephant god Lord Ganesh, who takes away all ones troubles.

But I was even more enthralled by the Jal Mahal water palace. In the fading daylight, it looked right out of 1001 Nights. 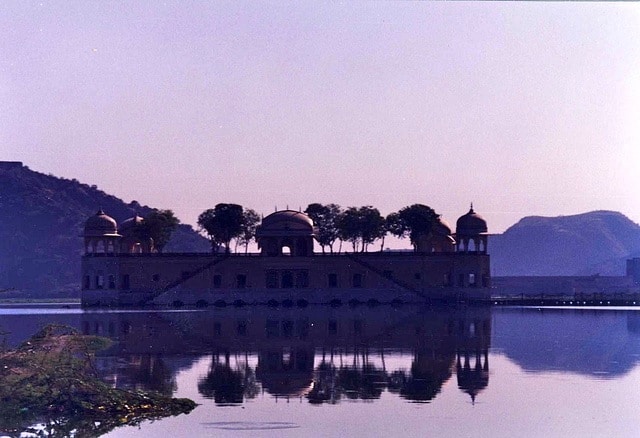