How about a pleasant day trip from Copenhagen which involves crossing an international border on a famous bridge?

I’m in Lund for the day, a city I’ve been meaning to visit for quite some time. With me, I have my iPhone, wallet and sunglasses. That’s all. Travelling super light today. 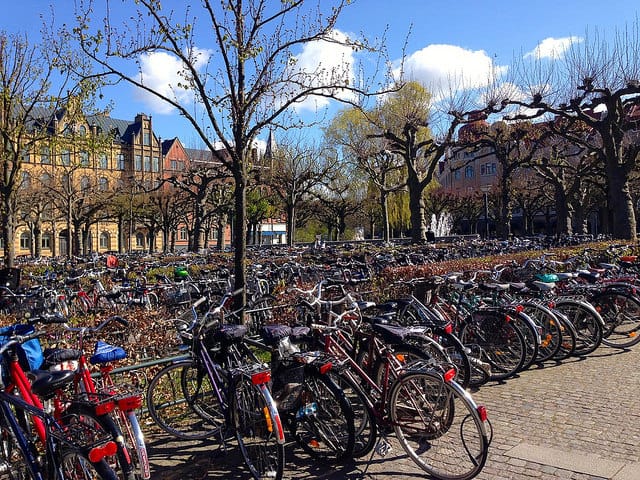 Lund is a lively university town just 40 minutes from Copenhagen Airport by the Öresund train. If the name Öresund sounds familiar, you may have seen the Scandinavian crime series The Bridge, which I hear is rather popular in the UK. The series starts out with a body being discovered on the Öresund Bridge, right on the Danish/Swedish border.

From 990, this is one of two towns vying for the title Sweden’s oldest. Die-hards will claim the other contestant for the title, Sigtuna, is really the oldest. Lund might be equally old, they say, but this part of Sweden belonged to Denmark in the 900s, so Lund was Danish rather than Swedish then.

As I’m neither Swedish nor Danish, I’ll stay neutral in that particular dispute. And whether oldest or second oldest, history is very visible throughout town, from the 10th century rune stones in the front garden of the wonderful open-air cultural history museum Kulturen, to the imposing cathedral from 1103. As I wander along main street, I’m in for a spot of time travel as well: men in medieval garb on horses similarly decked out, rides past, to advertise for a jousting tournament at nearby Hovdala Castle.

My favourite part of Lund, however, is wandering through the narrow cobbled streets with the medieval, colourful architecture. 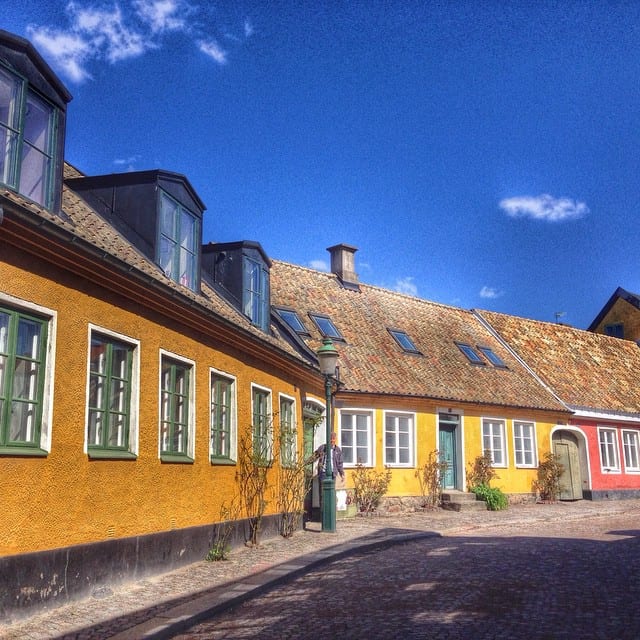 It’s not all ancient history, of course. Lund has a lively art, café and pub scene, as one would expect from a university town. You’ll find plenty of places to enjoy fika, that ubiquitous Swedish tradition of socializing over coffee and cake. I try the rhubarb meringue pie (yum) at Patisserie near the cathedral. I also try the large, comfortable sofas outdoors at Kulturen, but only coffee this time; no room for any more cake.

There are numerous quaint and fun little shops as well. They draw me in, even though I’m not normally that interested in shopping. 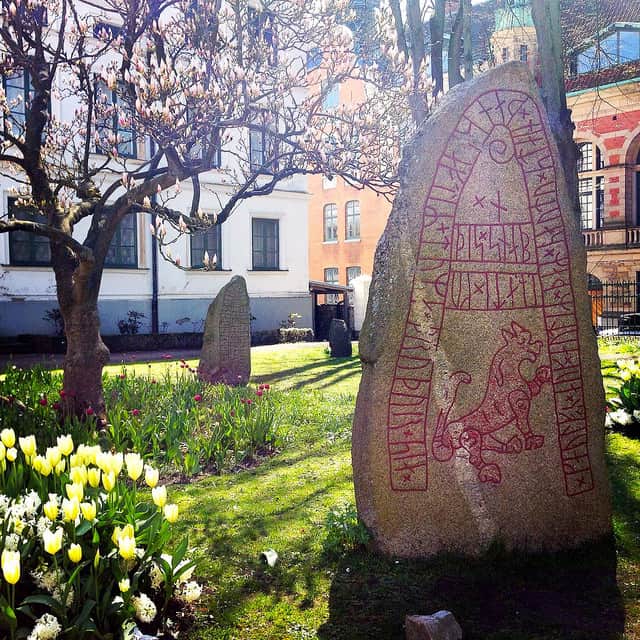 As the day turns to evening – a gliding transition during the Nordic summer – I’m reminded it’s time to cross the Bridge once again.

Have you been in Lund? Do you like day trips?