On Damascus. And trust.

As I’m scribbling this, I’m sat at FRA, probably my least favourite airport. Doesn’t help that I’ve had 3 hours sleep, and that my fave Eurovision tune (Ireland) ended up at 16th place, right behind my second favourite at 15th (I’m Norwegian, after all). But – I’ll give you a proper look-over another time, FRA. Maybe you’ve changed. Hidden gems and all that.

Meanwhile, I’m waiting for LH1306. I keep looking at the flight info screen: BEY. Never been before. I’m stoked. As the young’uns say. And ask myself, what’s the closest I’ve ever been? Then I remember Beirut Road. 40-50 km from the border. And so, with 2 hours to kill, I dig around amongst my pics on flickr, and find these scanned snaps from an analogue time. 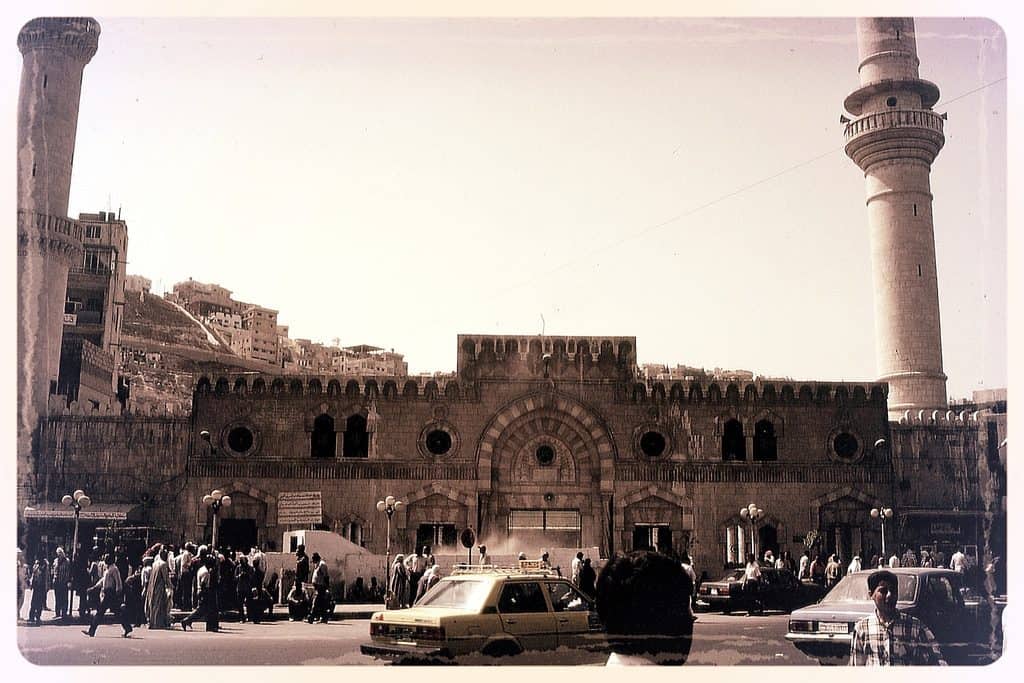 Damascus 1987. An easy place to travel. Even as a single female. Kind people, good sense of humour, high level of trust. In my experience, at least.

I lost my passport. Somewhere in the Al-Hamidiyah souq, I reckoned. Inside the old city walls. No idea where. Must be at least half a km long that market!

Ever walked through the snazzy Galeries Royales Saint-Hubert in Brussels? Then, picture a Middle Eastern version of that.  Same tall, arched roof; but less snazzy. Busier, more frayed, more colours, more fun. By a light year or so. A veritable treasure trove, that souk. Silks, soaps, scents, spices, sweets. An abundance of merchandise, and even more, an abundance of life. And mint tea!

It would have been an easy place to lose, well… myself. Calling from the hotel to say I would need a new passport, that’s what I told the embassy secretary. And could I pop over now? She understood. And yes, of course. Have to report a potentially stolen passport to the police, though. Then wait three days.

Three days!! I had a flight home in two. From Amman!

Argh… should have thought of that before losing the passport. I said that to me. She didn’t. She told me to come on over. The embassy had been temporarily relocated from war-torn Beirut. I’d find it in the Meridien Hotel.

On my way, about to leave the lobby, the receptionist calls out,

Standing next to him is a dishdasha-clad man, red and white keffiyeh on his head. Just like Yassir Arafat’s. I recognise him from the souk. Bought an ice cream from him earlier that day. Exchanged a few pleasantries. In French, in his limited English, in my even more limited Arabic. Shared a few laughs.

I remember now. Freeing my hands to dig out coins from my pocket, I put the passport and wallet down. (I know, I know!) Easy to forget about passport and money and focus on the ice cream under the searing hot… so very hot… Syrian sun. I’d only noticed when next I wanted to buy something. Must have been an hour later. At least.

Inside the wallet, amongst various currency notes, credit cards, receipts, assorted odds and ends, was a card with the name and address of the hotel, written in Arabic, handed to me in case I got lost. Smart move.

He had closed his shop to come find me. To return it. Passport, wallet, everything. 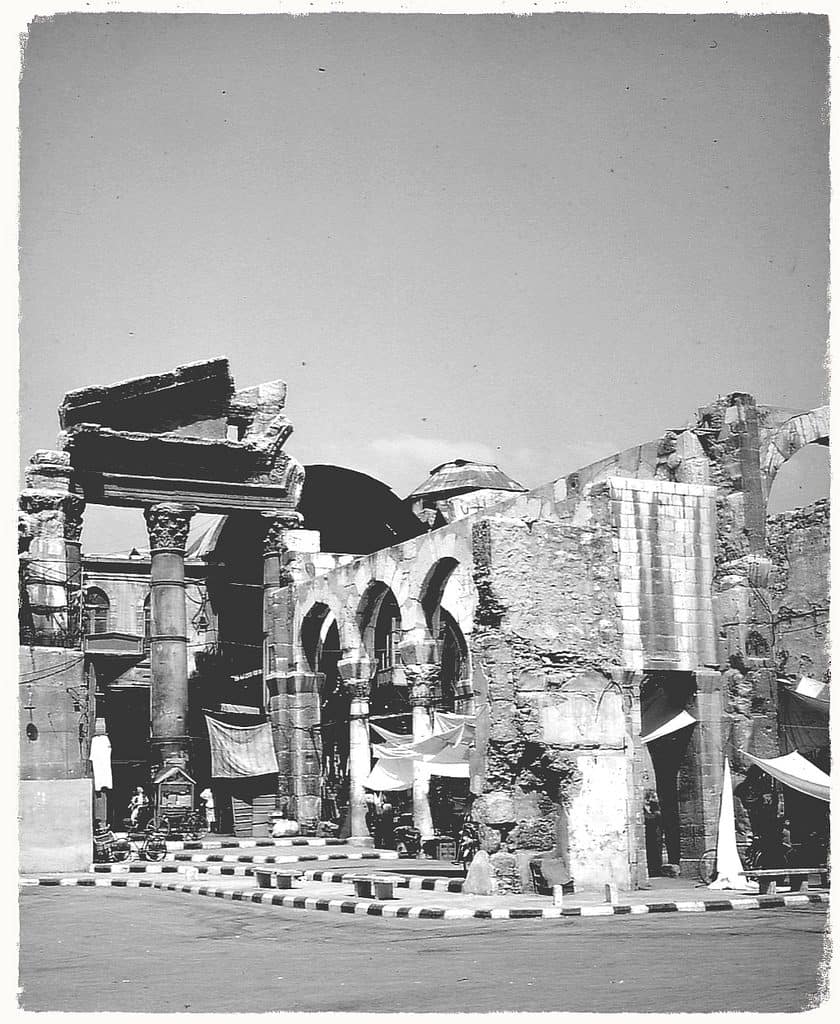 Souk entrance: through the ruins of the Roman Temple of Jupiter

Damascus 1987. A captivating place. Not all fun and games for Syrians back then either, probably. Yet nothing compared to the seven years that have passed since the Arab Spring. Nothing compared to now! But Damascus has been around for 11000 years. The world’s oldest continuously inhabited city. Jericho and Aleppo might argue that point. Oldest, second oldest, third oldest – whatever. Eleven thousand years! Damascus has stood the test of time. 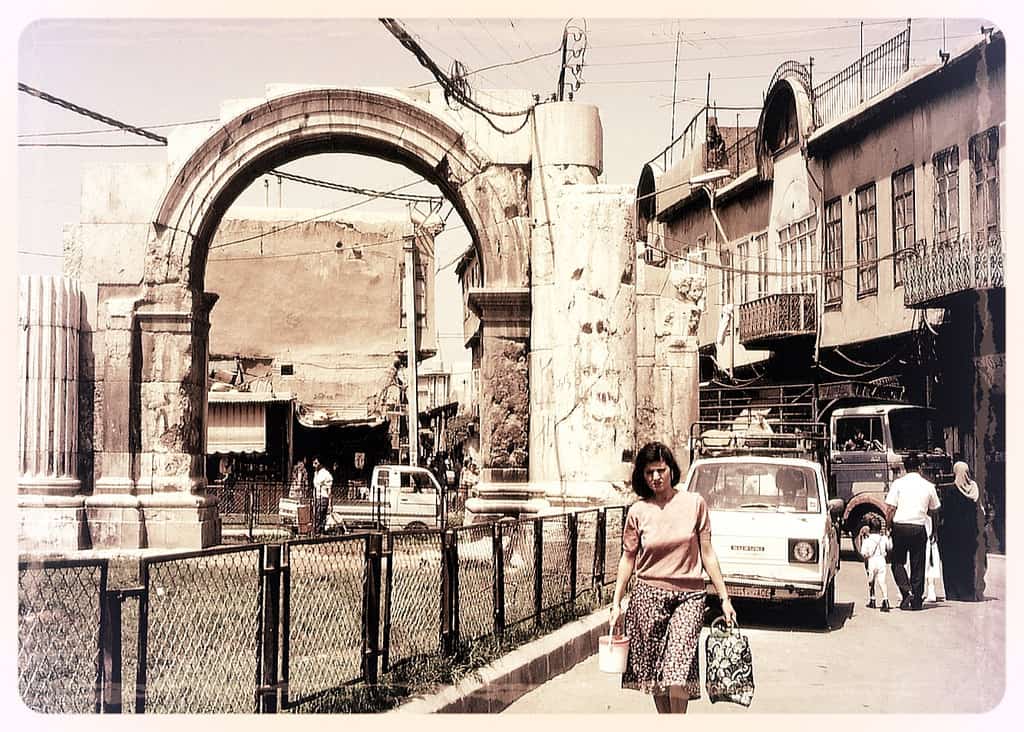 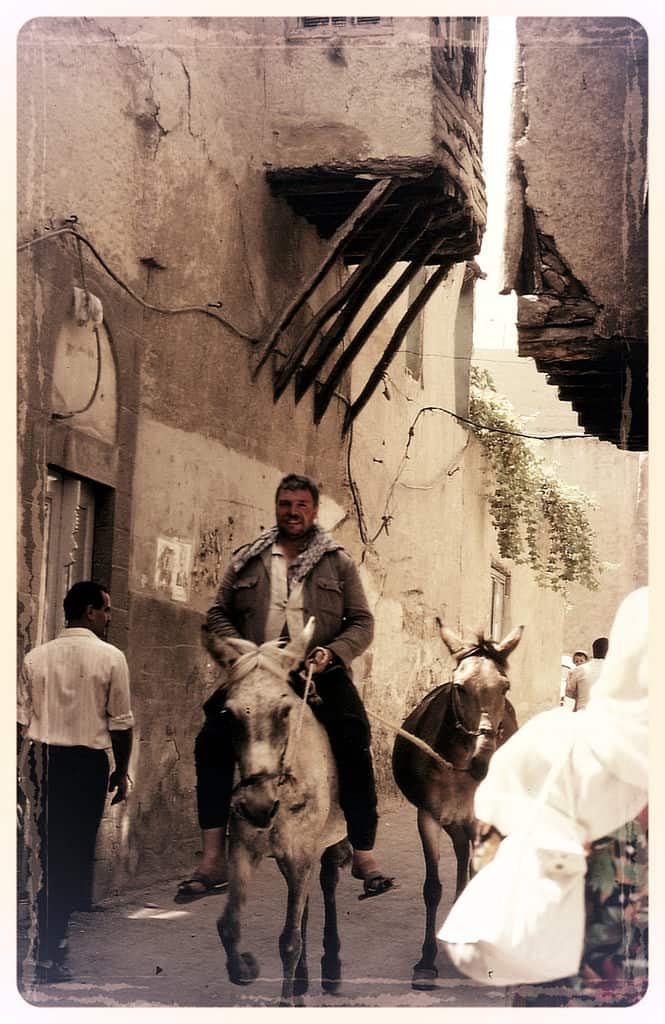 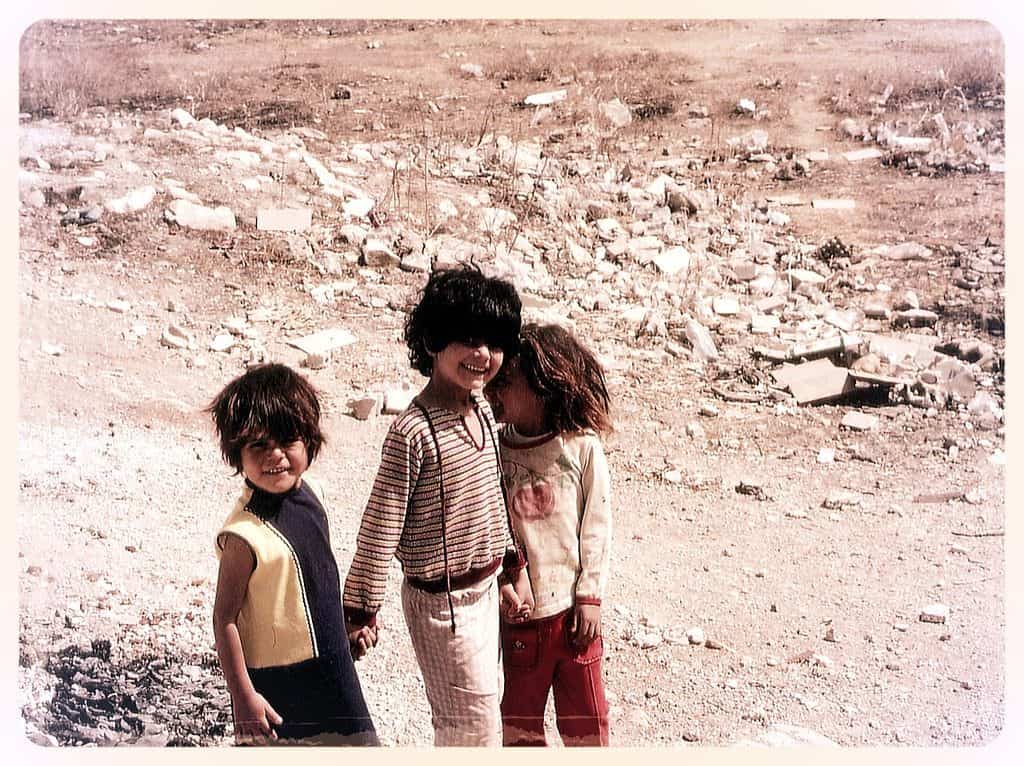 Damascus 1987. Captivating people. My friendly ice cream seller from the souk. The woman with her shopping. The man on his mule. Those kids, with their easy smiles for a stranger with a camera… I wonder where they are these days.

Wonder how they are…

Wonder if they are…

The souk? I hear it’s still standing. That’s at least something.