Norwegians are not given to any kind of formalities. No titles, all first names. If I bump into the prime minister on the street, I’ll probably say ‘Hei, Jens’. That informality and egalitarianism is something I value highly. But occasionally, something is missing. Graduation is one such occasion: whether you’ve finished high school or have gotten a PhD, there’s no ceremony, no gold embossed diploma in a leather cover, just an ordinary piece of A4 paper in the post box. In Aberystwyth (and probably the rest of the world), it’s a different story: gowns and hoods, academic processions, a graduation ball even – 4 whole days of ceremonies. In July, we’re going to Aberystwyth for Alex’s graduation. It’s 10 months since she finished, but as there is only one ceremony a year, this is it. And what does it matter if it’s late – it’ll be fun! Meanwhile, I’ve asked Alex to tell us about Aber’s legendary Devil’s Bridge. 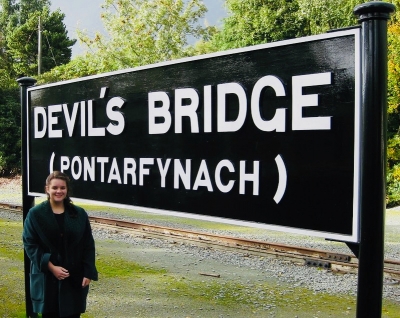 Pontafyrnach, the bridge over the River Mynach, is a funny place. It’s enchanting and eerie, and an absolute must if you’re in the Aberystwyth area. There are actually three bridges, one on top of the other.

Not unexpectedly, summer is the best – and easiest – time to visit. The Vale of Rheidol steam train travels from Aberystwyth to Devil’s Bridge from Easter until the end of October (adult return fares £14), and is a gorgeous journey. The train takes about one hour (with a brief stop halfway to refill coal). You can sit out in the open air or in a closed carriage. Either way, it’s a scenic and very enjoyable ride. 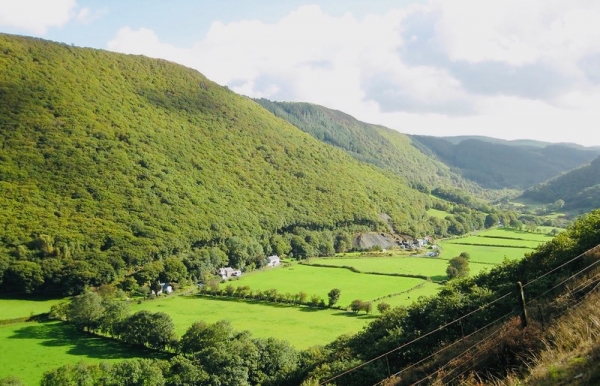 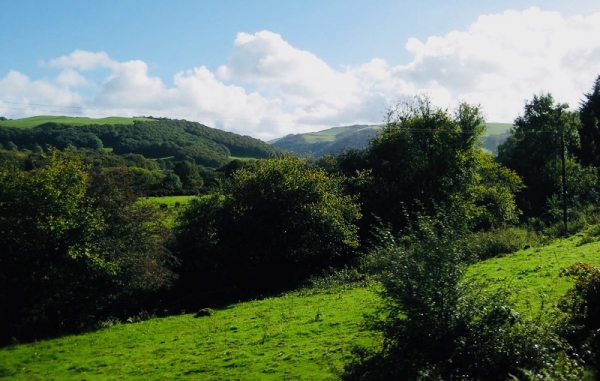 At Devil’s Bridge, there’s a small hotel and a couple of nondescript diners; that’s about it. The hotel was built in the last century to accommodate all the tourists who came to see the bridges, and has a very cosy country-feel to it. Great place to stop for sandwiches after the nature walk!

You can see the bridges from the road, but the best way to see the surrounding woodlands and the wonderful bridges is to do the one-hour nature trail. Sensible shoes, please!

Walking the nature trail, you will see: 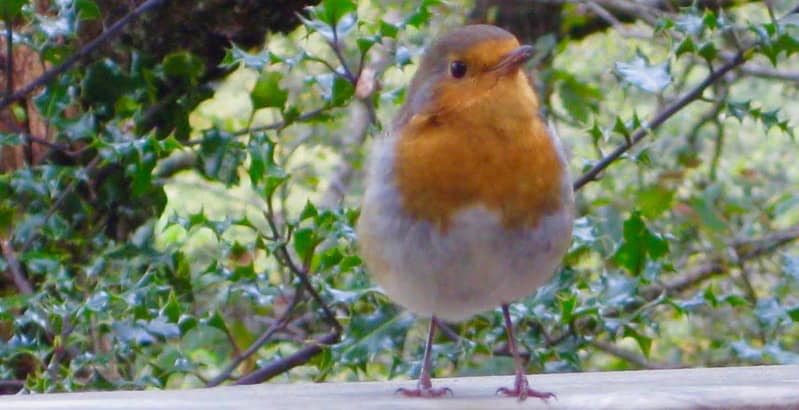 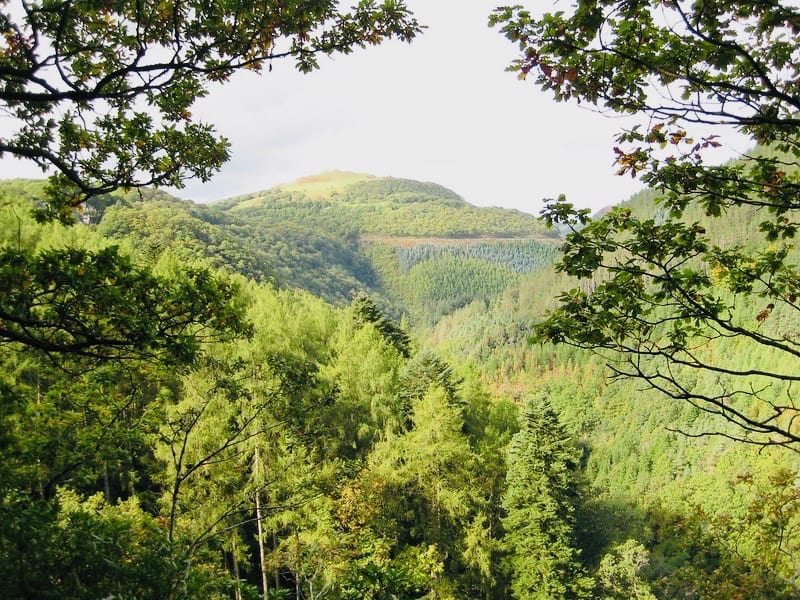 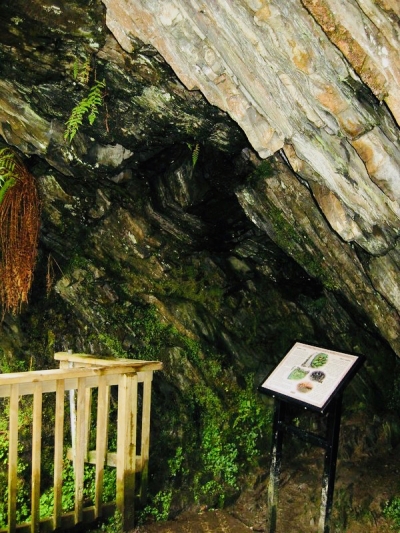 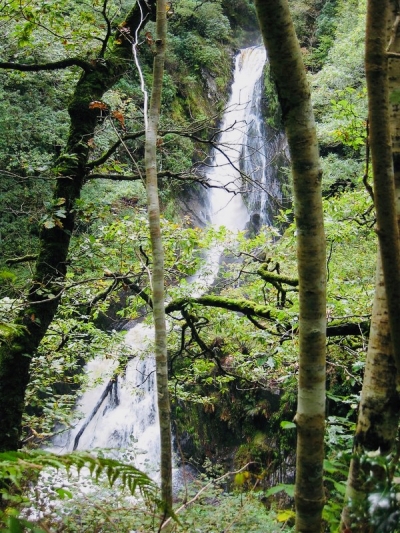 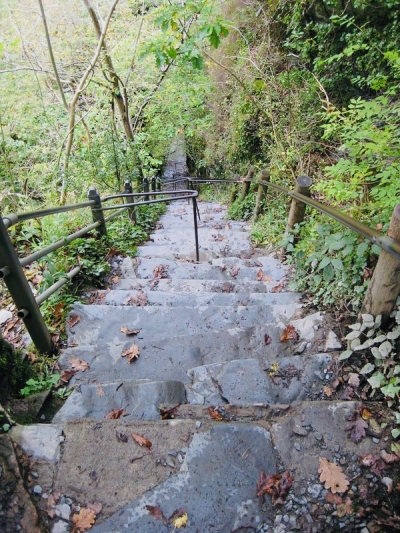 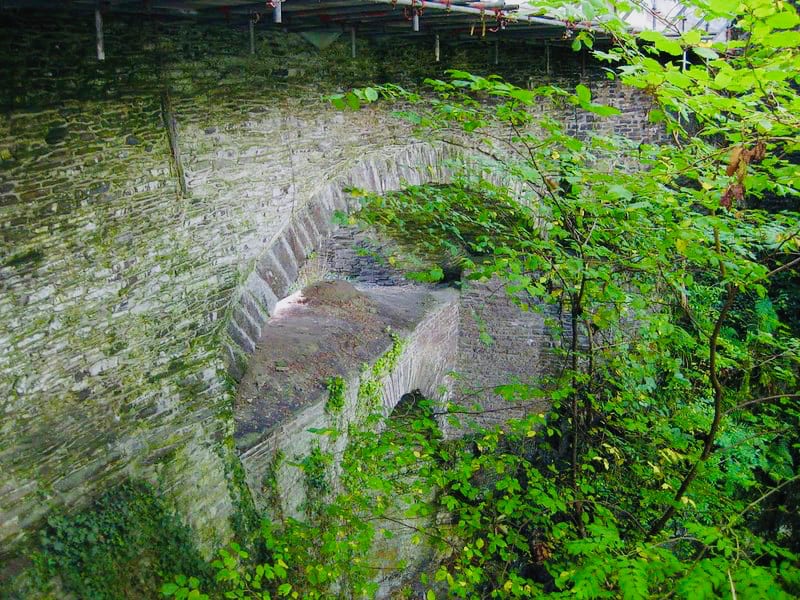 And of course the three bridges. (The top one is out of view, it was covered up for maintenance work when we were there)

So why is it called Devil’s Bridge?

There are several legends, but the most popular one goes as follows:

Many centuries ago, an old woman was walking in the woods, looking for her cow. Seeing it on the other side of a deep ravine, she had no way to retrieve it. Suddenly the Devil appeared, and told her he could build a bridge so she could go get it.

In return, he wanted the first soul that crossed the bridge. The Devil was sneaky, thinking he’d get the old woman’s soul, but she was too clever for him.

The next morning, the bridge was built. The old woman came to have a look, then threw a piece of bread onto the bridge. Her dog ran to get it, thereby becoming the first soul to cross the bridge. The Devil was furious, because he didn’t want the dog. He disappeared in a rage and has never again been seen in Wales. 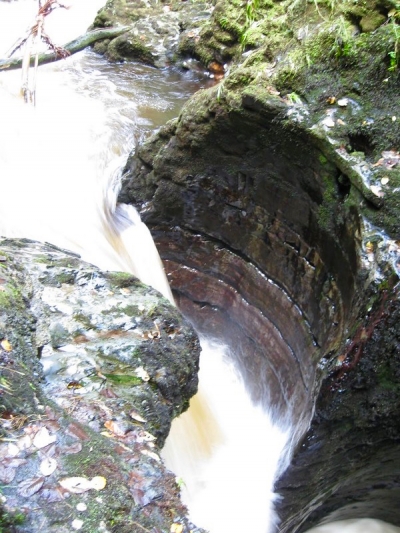 It’s all water under the bridge now anyway… 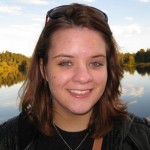 Alexandra Redisch is a citizen of the world, as Ibsen’s Peer Gynt said, but hails from Norway. She’s a published short story author, old-fashioned mystery fanatic, avid traveller and intense tea drinker. Alex has a BSc in psychology and an MA in creative writing.
She is currently working on a book about the ‘Germany students’, who were taken by force from the University of Oslo in November 1943, then brought to Germany. A few were medical students in the last half hour of their last exam. Alex’ s grandfather was one of these students.