The Devil’s Wedding and the cats of Tallinn

About time for a new installment of the infrequent Cats of the World series and today we’ve come to the cats of Tallinn, the adorable little capital of Estonia.

Tallinn’s UNESCO-listed wonderful old town is a spooky, exciting place – full of lore. The Devil’s Wedding is perhaps the most famous legend. If you ever take a walk along the streets of Medieval Tallinn, stop at the 15th century guest house at Rataskaevu street 16. Now look up at the top floor. 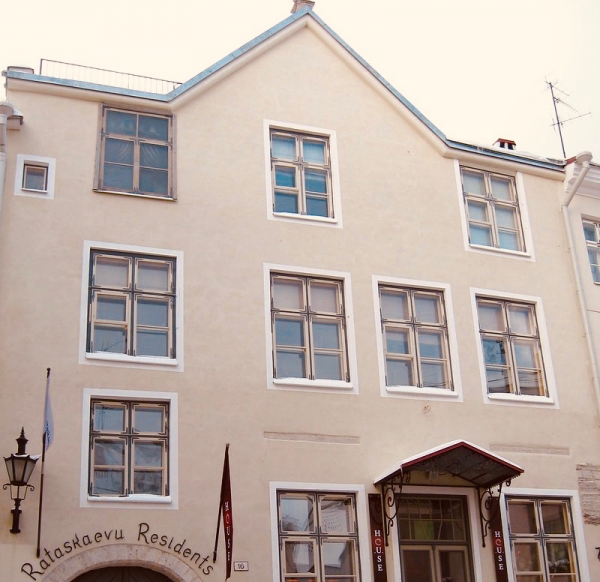 See the window that isn’t a window at all, but rather painted on? Legend has it, the Devil once stayed there, having a wedding party. Loud party noises are still said to be emanating from this haunted house in the middle of the night.

Now turn your attention to the large well across the narrow cobbled street. This is the Cat’s Well. 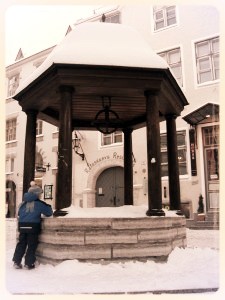 The cats of Tallinn

In medieval times, peculiar sounds would occasionally emerge from the well, so the Talliners of the past naturally assumed a demon resided at the bottom. For some reason, they also thought live cats would appease the demon, so they chucked them in, essentially leaving the poor creatures to die from thirst, starvation and/or exposure.

Today, Tallinn’s cats seem to fare much better. On my last visit, a cold January weekend, I observed an elderly woman coming from the supermarket with a large bag of cat food which she distributed to a gang of happy strays in an alley near Viru Gate, the entrance to the old town. 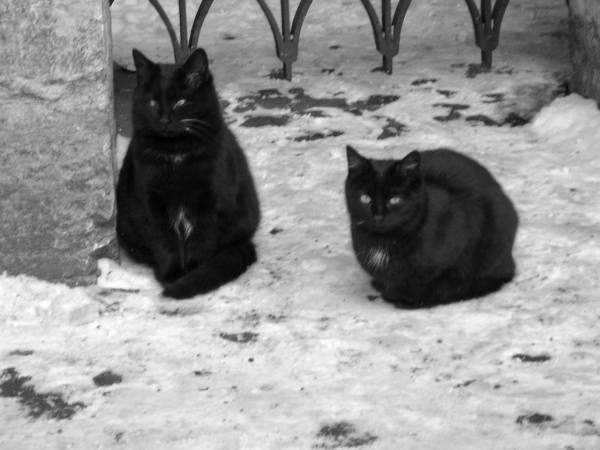 Later, when wandering aimlessly around a large supermarket, I noticed the cat food section was very well stocked and quite busy. Contrary to my pre-conceptions, the cat food shoppers weren’t all old women; in fact, many were neither women nor old. Some even looked decidedly wealthy. So either cats are very popular pets in Tallinn – or people make a habit of feeding strays. Either way, I think it’s wonderful.