A Postcard to Dorrigo 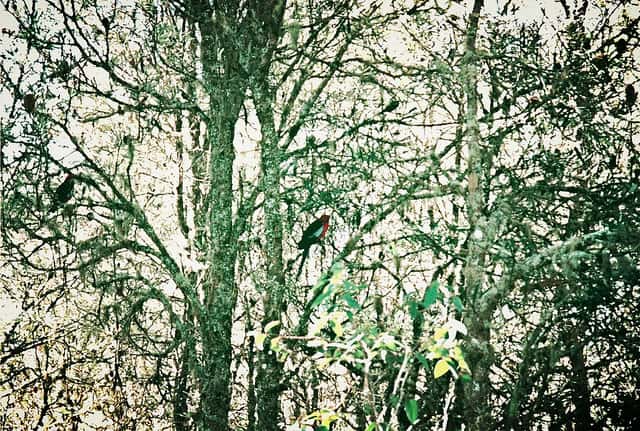 Driving from Armidale to Coff’s Harbour with my oldest daughter some years ago, I spot a sign for Dorrigo. The name sounds familiar. But why? We’re at the other end of the world, after all. In Australia. And not Sydney or Melbourne, but inland Australia. 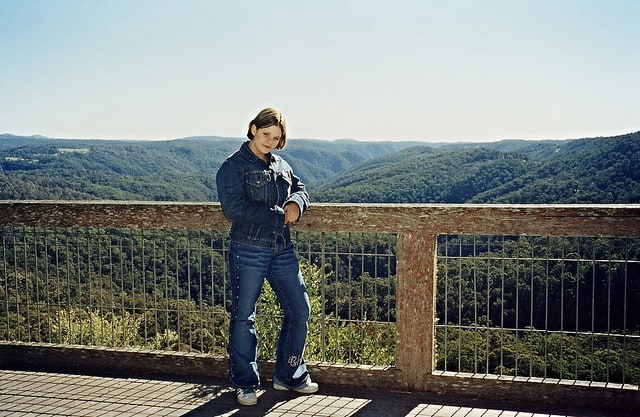 Then Dorrigo, a somewhat unassuming little town in the clouds. We pass through and carry on – yet I can’t quite shake the name.

As we continue through the scenic landscape – now with Dorrigo National Park on our left and Bellinger River National Park on the right – I dig into the far reaches of my mind, trying to locate the memory.

Then it dawns on me. Julie, of course. A lovely Dorrigo girl and fellow exchange student from my high school days. And with the memory, her parents’ address. Funny what sticks in the mind even 20-odd years later. Though it makes sense, I suppose. Back then, we wrote letters, young ‘uns. Paper, envelopes, stamps.

We’ve lost touch, Julie and I. She married, I remember. And changed her name. But perhaps her parents know where to find her. 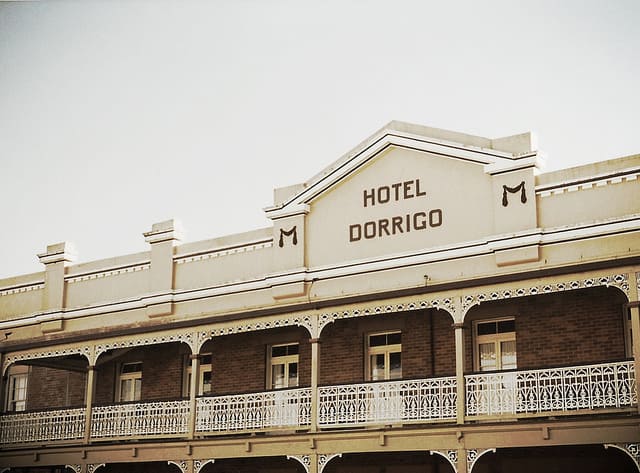 So I turn around and go back to Dorrigo. Luckily, Alex is easy-going. Time for lunch, anyway, I reason. I think I spotted a bistro serving salad sandwiches while passing through earlier. We’ve become slightly addicted to those during this road trip. And wasn’t there a sweet shop, too?

Back in Dorrigo, I’m suddenly apprehensive. Can’t just show up on someone’s doorstep, can one? Especially someone’s parents’ doorstep. Instead I buy a stamp and a postcard. I scribble a greeting and my e-mail address – then send it to Julie c/o her parents. A postcard from Dorrigo – to Dorrigo. 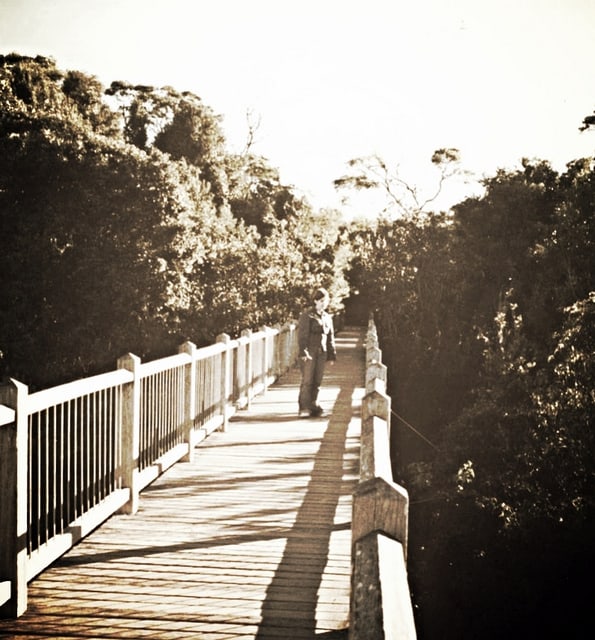 The road is quite narrow (or at least it was in the early years of the millennium), so you can’t stop just anywhere. But there are lookouts here and there, and a skywalk at the visitor centre in Dorrigo National Park.

300 million years ago, Gondwana was once the southernmost of two supercontinents, comprising the southern hemisphere: Antarctica, South America, Africa, Australia, and even India and the Middle East. The other supercontinent, in case you were wondering, was Laurasia. And the name? Not aboriginal, as I had thought. But rather named after the Gondwana region in India.

It’s a fascinating landscape – one that draws you in, compels you to stop for a while – and wander through it. Time to plan another Australian road trip, I think. Taking better photos. 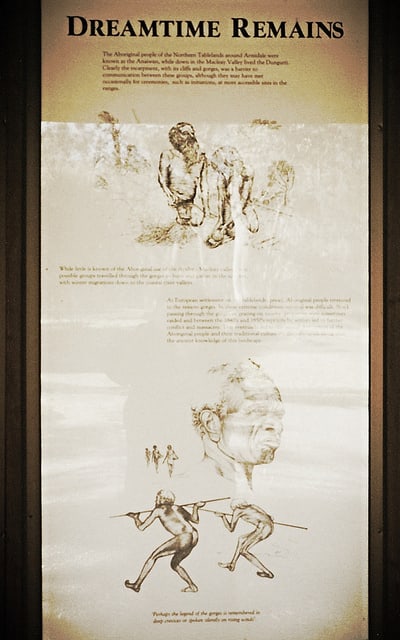 And Julie? We returned home and I didn’t think much about it. Until one day, a few months later, I received an e-mail from her sister, telling me Julie had sadly died a few years earlier, only 35 years old. In the years since, I’ve thought of her frequently.