Where can you find the world’s best hotel, the world’s tallest building, and several artificial islands where the world has been recreated? Why, in Dubai, of course. And there’s more: If you’re in the United Arab Emirates, part of the travel experience is a bit of Dubai shopping. Or at least having a look at the outrageous shopping malls in this little emirate.

For a long time, business dealings in the Middle East have taken place in cafés. No different today, except the cafés have moved indoors; into the shopping malls. People have meetings, go through documents together, talk on mobile phones or work at computers.

Dubai shopping at the Mall of the Emirates 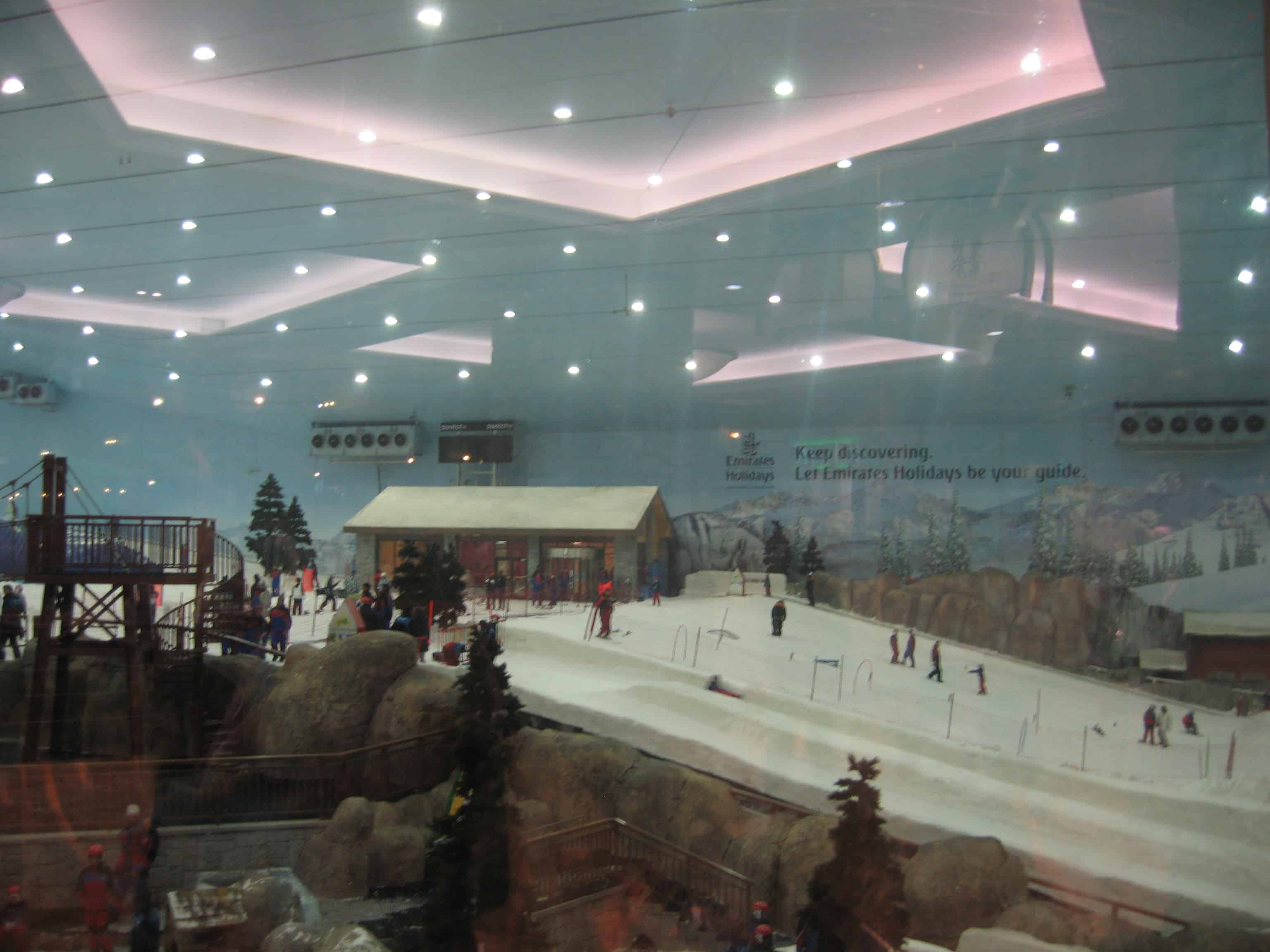 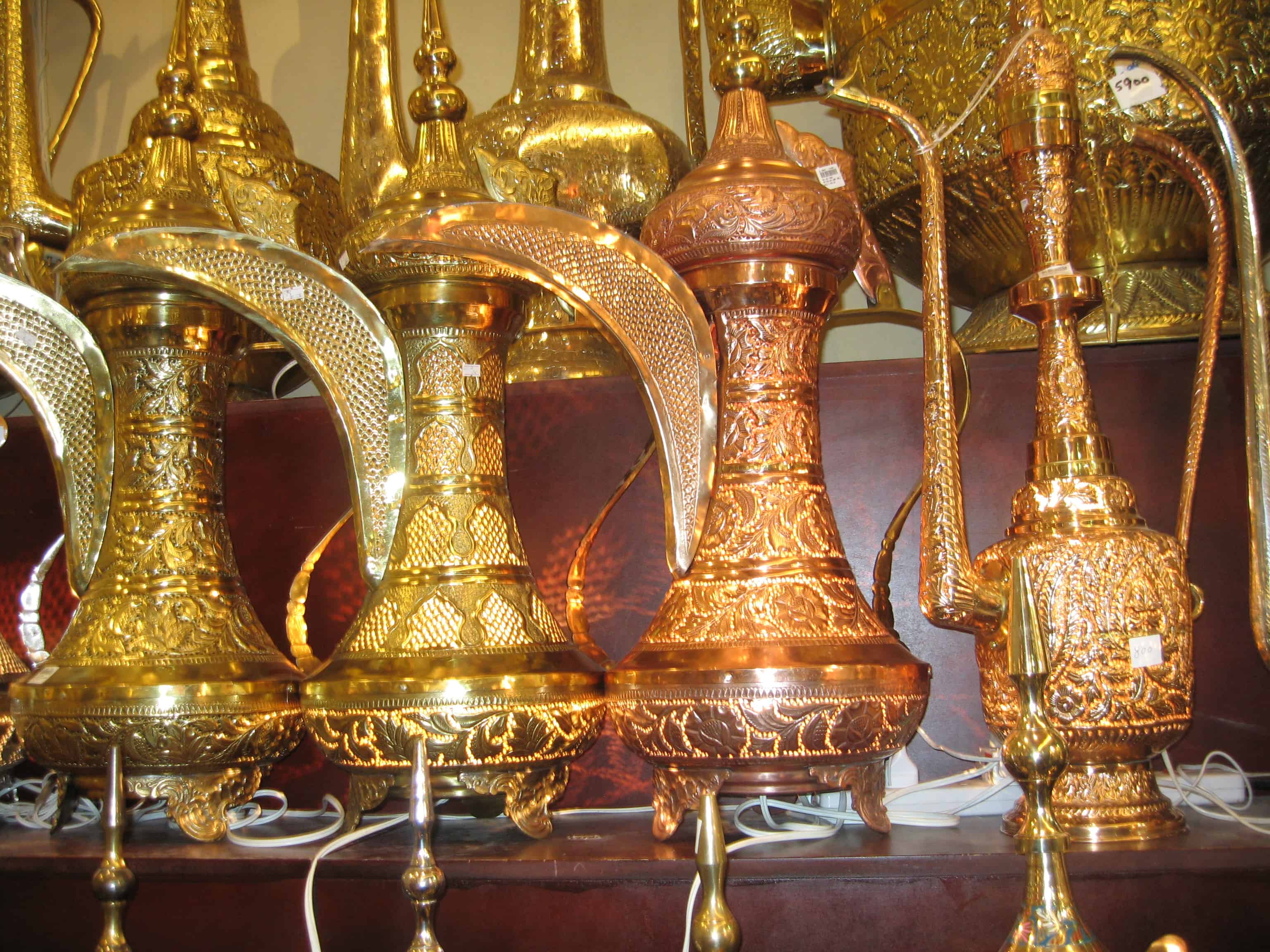 Mall of the Emirates offers valet parking and everyone arrives in hot red Ferraris or elegant Bentleys. Everyone! Mall of the Emirates boasts 476 international brands and 70 cafes and restaurants. However, what makes it stand out is Ski Dubai. It’s oddly absurd to watch men in traditional white dishdashas, down jackets and woollen hats pull children on sledges or fall on the slopes, all inside a shopping mall.

Travelling the world with Ibn Battuta 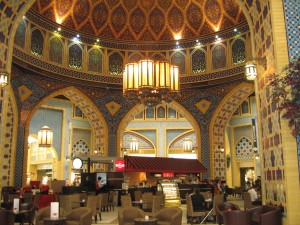 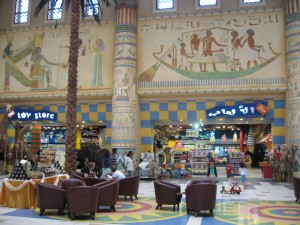 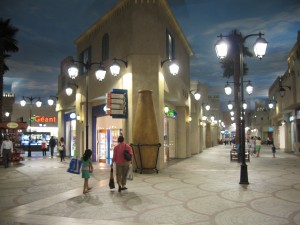 Ibn Battuta is an interesting mall with a historic twist. Ibn Battuta was a famous 14th century Arab traveller who visited more than 50 countries; no mean feat in the mid-1300s. The mall has six distinct sections with separate entrances – China, India, Persia, Egypt, Tunisia and Andalusia. Each section has an impressive court and an info display, detailing the relevant Battuta journey.

I can’t decide which part I liked best: The beautiful domes of Persia, Egyptian hieroglyphs or a starry night in a Tunisian village. What do you think? 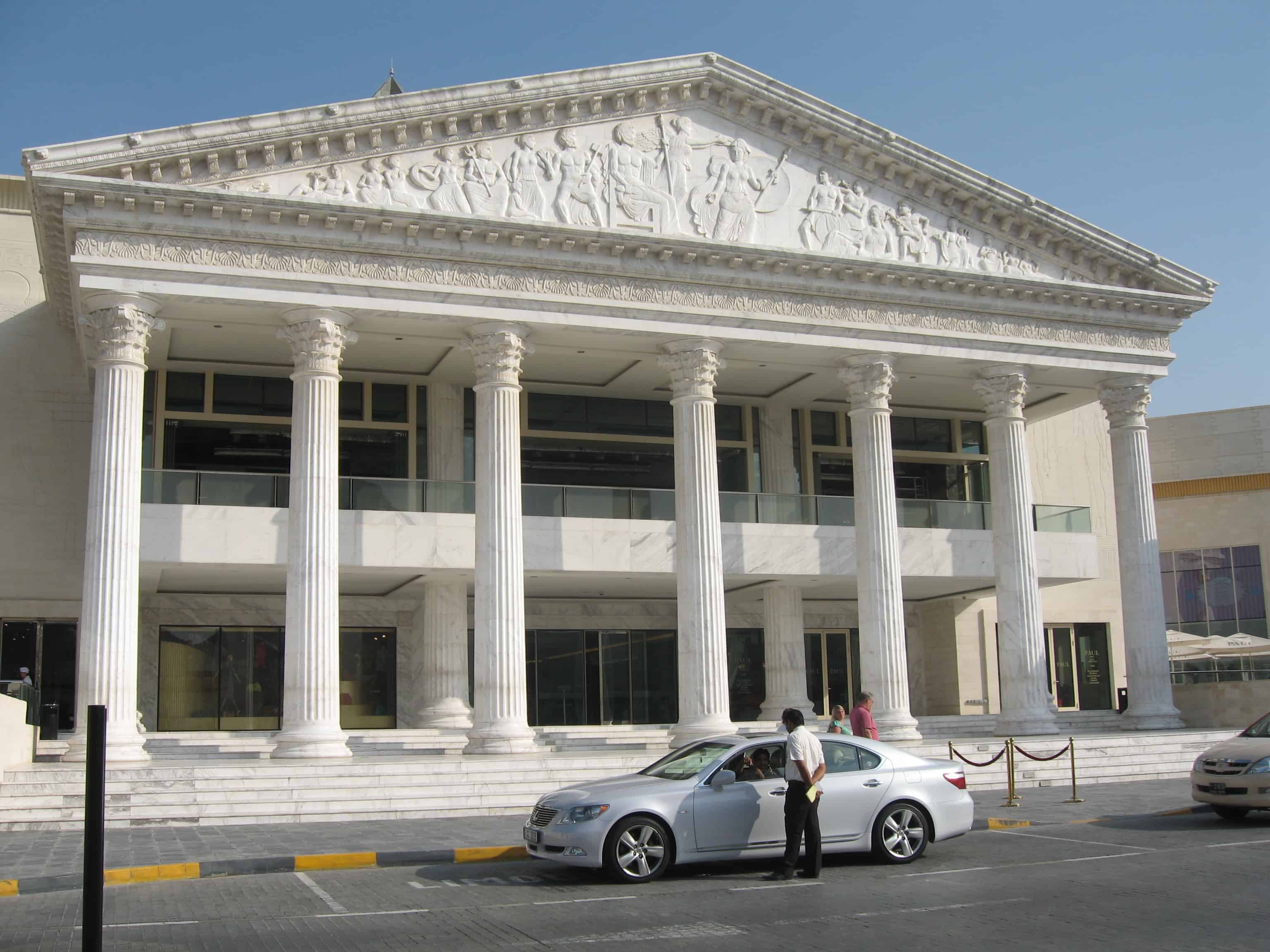 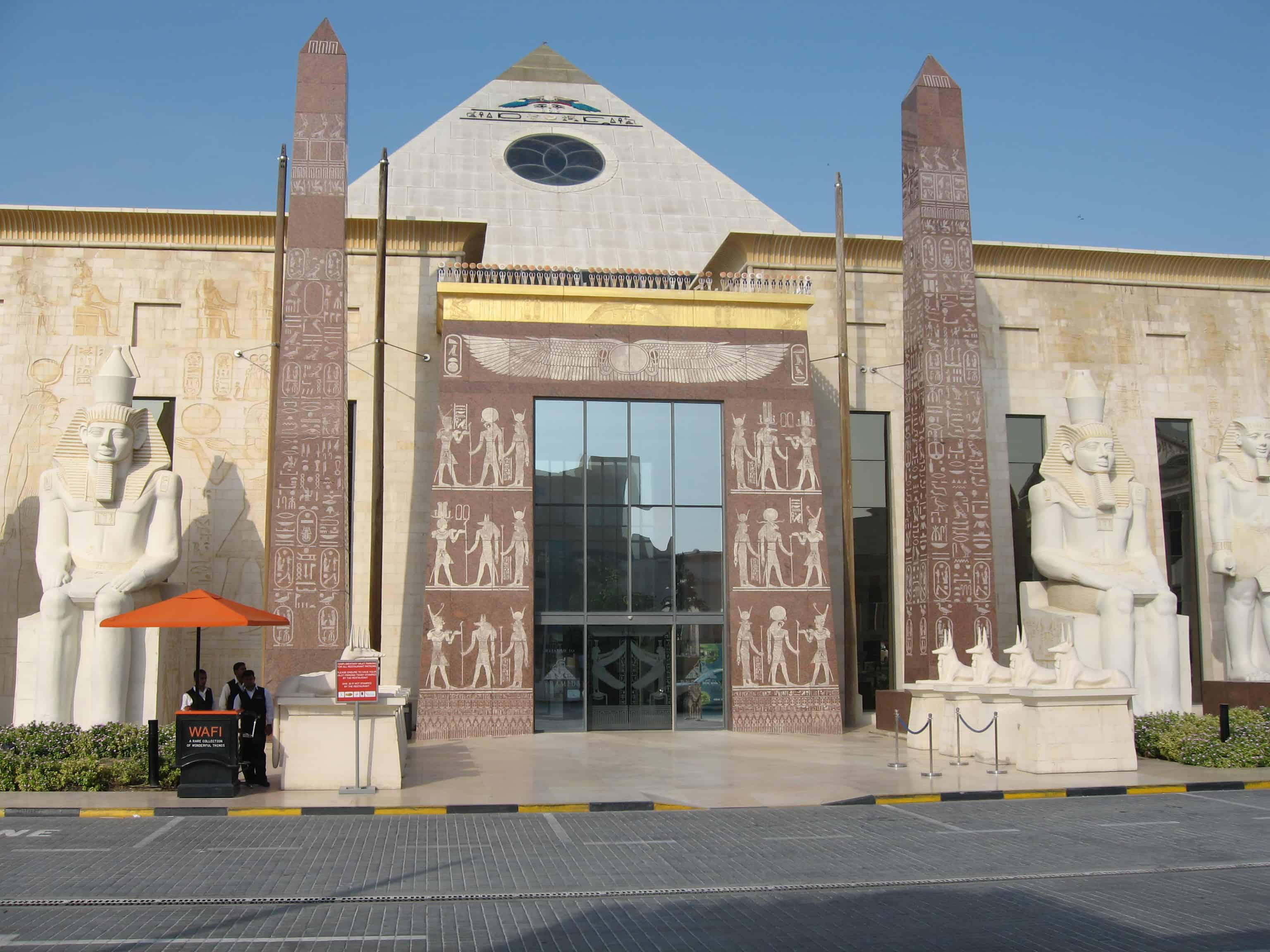 Wafi City is a small, elegant mall. From the outside, it looks more like a museum. Inside, apart from the usual assortment of exclusive boutiques, is an Arabian souk, the Khan Murjan, named after a legendary 14th century souk. Khan Murjan is full of arts and crafts and some of the sellers are slightly pushy. One in particular, a woman selling soaps and perfumes from Lebanon, was very persuasive. I had no intention of buying anything, yet I left her shop with all kinds of soaps and relaxing oils and face creams.

The Mediterranean recreated at Mercato 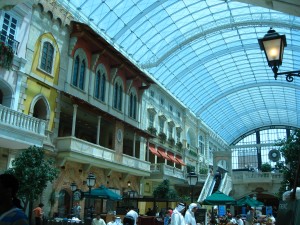 In a Tuscan-style building with cobble-stone streets and piazzas, the Renaissance Mercato Mall brought to mind Florence’s Ponte Vecchio. This is another fairly small shopping mall, but quite beautiful and with a good selection of shops.

—
We didn’t see Dubai Mall; apparently the world’s largest – with 1200 shops. The thought alone wears me out! Probably very child-friendly though – there’s an Aquarium and Underwater Zoo, as well as an Olympic size ice skating rink.