Curious about dashing Dubai? Well, here’s a nice little list for you of things to do in the most famous city of the United Arab Emirates.

1. Travel from the past to the future in an abra

A not-to-be-missed experience in Dubai is crossing Al Khor (the Creek) in a water taxi, locally known as an abra. These traditional boats will take you from one side of the creek to the other in a matter of minutes – from the old souk to the business district. And the price? Only 1 dirham. In fact, if you only do one thing in Dubai, this is it. 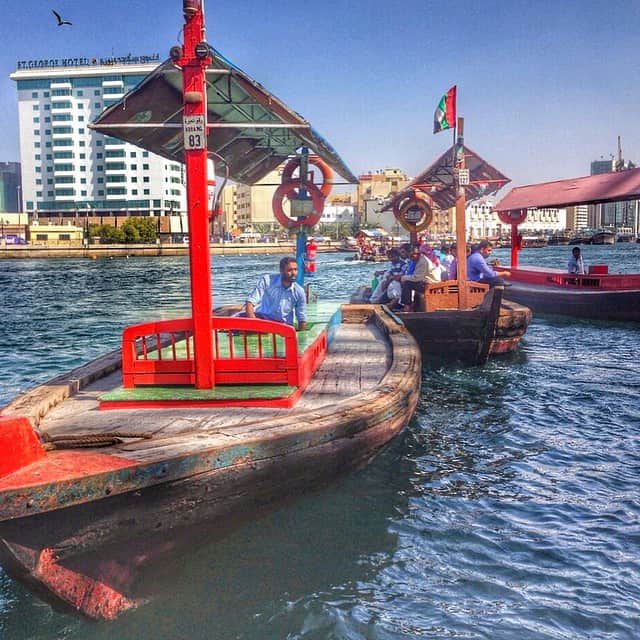 2. See the sun set over the Arabian Desert

Long before Dubai’s futuristic skyline emerged, the desert was there. Spending time in the Arabian Desert is another experience I highly recommend. Next time, I want to wake up in it. In the meantime, sunset isn’t bad either. 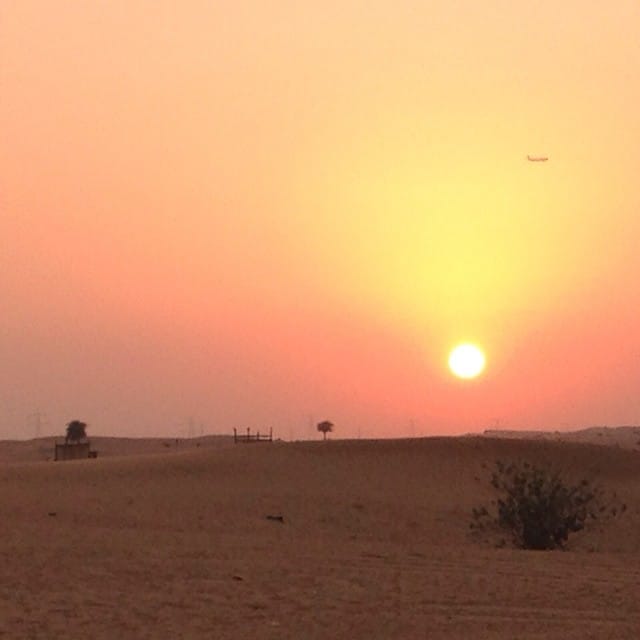 While you’re in the desert, you may want to tempt fate by hastening across the dunes at dizzying speeds (not to mention dizzying angles) in a 4×4. I’ve done this twice: the rough-and-fast edition with the kids six years ago (they loved it, I had my eyes closed much of the time) and the slightly slower-and-tamer edition just last month (fine with me). Several companies offer this roller-coasting fun, we used Knight Tours.

You’re not really tempting fate, of course. The drivers are very experienced, so you’re not in any danger. It just feels like it. 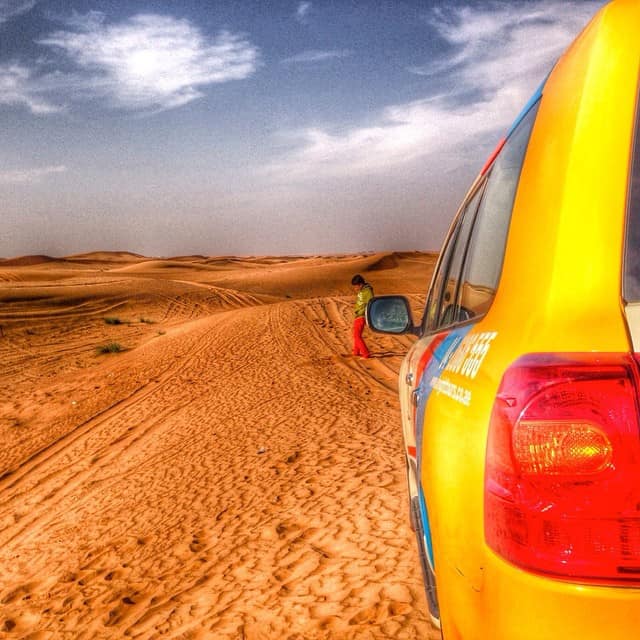 4. Gawk at the world’s best hotel

See the fabled 7-star hotel Burj al-Arab from Dubai’s Jumeirah Beach. Psst… it isn’t really 7 stars, there’s no such category. But it’s good publicity, isn’t it? And Burj al-Arab could very possibly be the best 5-star hotel in the world. And the architecture – speaks for itself, doesn’t it… 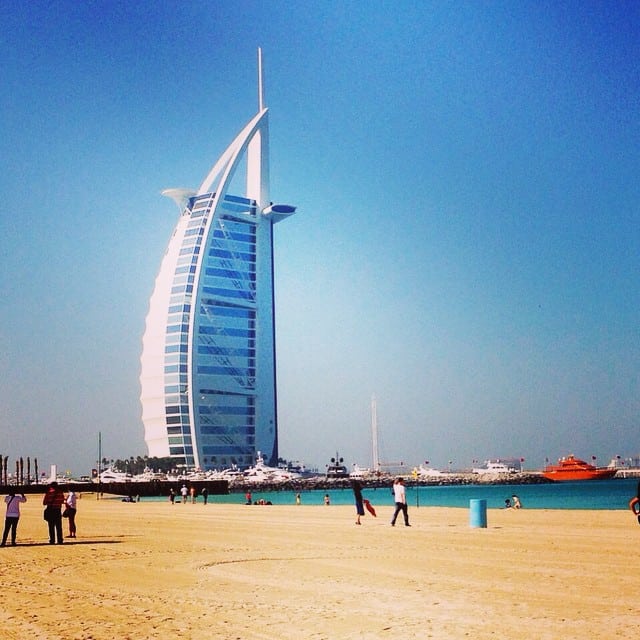 Indulge in that great Dubai tradition, Friday Brunch. It’s offered at numerous restaurants and hotels around town, including the Ritz-Carlton. The low-slung building on Jumeirah Beach is a nice contrast to the many skyscrapers. Facilities and surroundings aren’t too shabby either. Lovely place to linger. 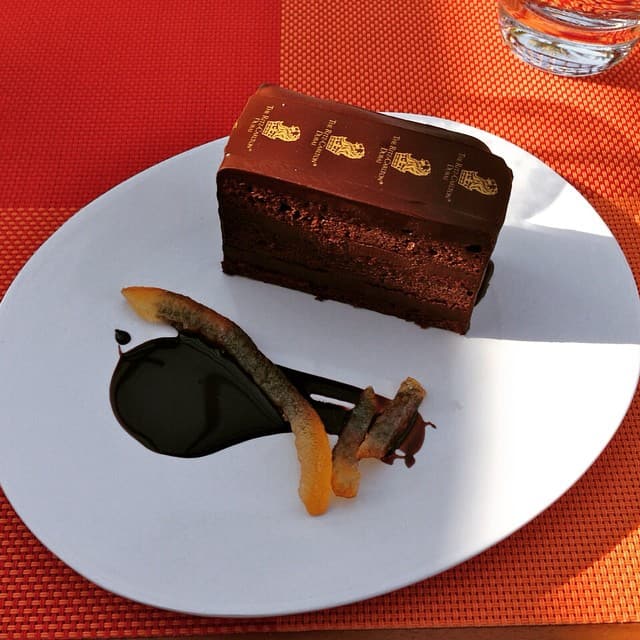 Don’t miss seeing Dubai from the top of Burj Khalifa, the tallest building in the world. It’s so high, it won’t even fit in the picture unless you’re very far away. Have a fear of heights? No worries, it’s so high up vertigo is no longer an issue. 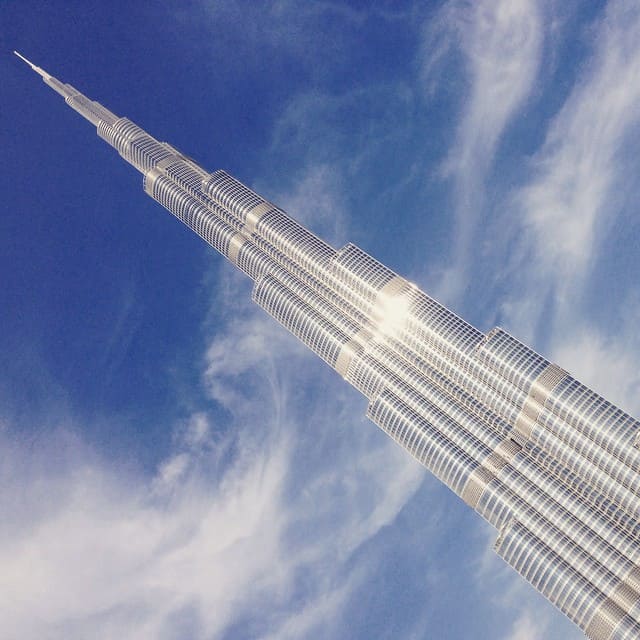 Even if you’re not keen on shopping, the malls of Dubai are attractions in themselves. You can ski, skate, visit a gigantic aquarium, and at Ibn Battuta Mall, you can even travel the world. Named after the great 14th century Arabian explorer, this shopping centre is divided into six courts, each representing Battuta’s travels in architecture and decor: there’s Imperial China, Ancient India, Persia and Egypt. Then you wander through a village in Tunisia and finish in Andalucia. 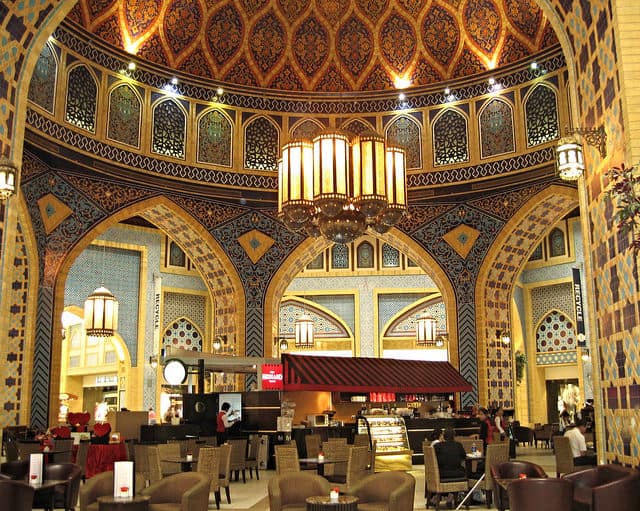 A cafe in Ancient Persia

Many restaurants become lounges and clubs after hours. It’s an easy transition, all you have to do is … well, stay. They’re elegant, but the atmosphere is relaxed. And just because Emirati women like to wear 10-inch heels doesn’t mean you have to. Self-confidence, not stilettos, I say. 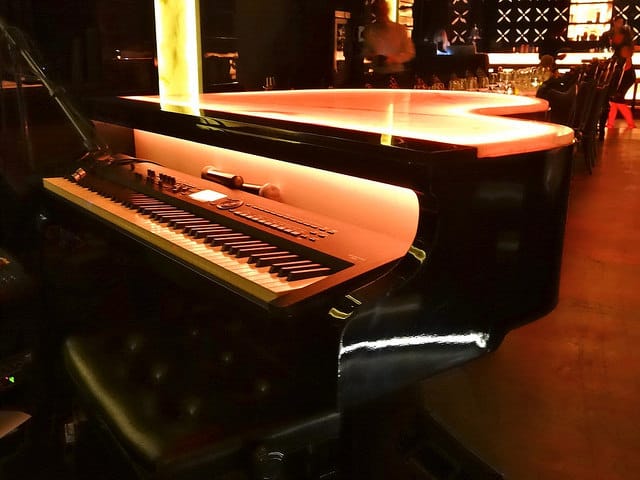 To get a glimpse of Dubai before oil visit Dubai Museum and wander the alleys of the Bastakiya quarter. Remember to look up and see the fascinating wind towers. 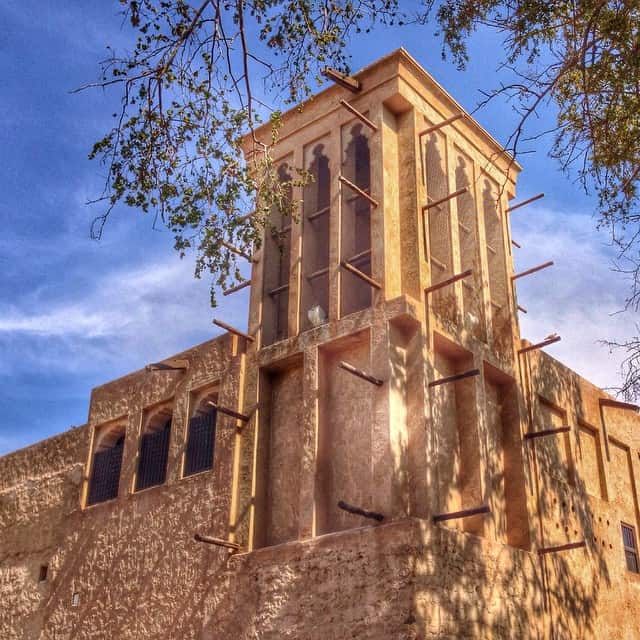 While you’re in Bastakiya, have lunch (or brunch or dinner) at Sheikh Mohammed Centre for Cultural Understanding, where you’ll be served traditional Bedouin food and given the opportunity to discuss anything you want about Emirati culture, religion and society. 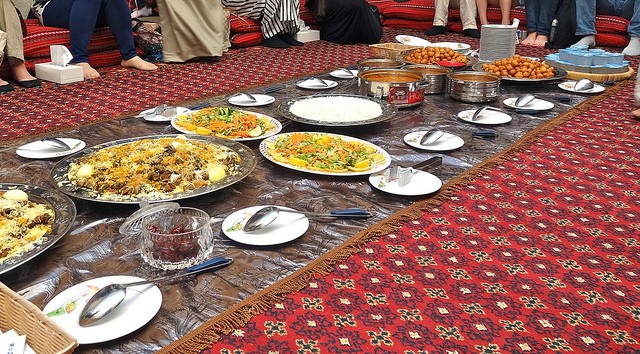 11. Visit the other emirates – and a World Heritage site, too.

What’s in a name? The UAE – what does it mean, exactly? In 1971, seven little emirates (principalities) joined forces and created the United Arab Emirates. Dubai and Abu Dhabi are the most famous of the seven. The others are Ajman, Umm al-Quwain, Ras al-Khaimah, Sharjah and Fujairah. See one – or see them all.

I’m nothing if not dedicated, so I’ve seen all seven. Dragged my daughters along, too, poor things. Of the five lesser known ones, we liked Fujairah the best, especially the fort. In the emirate of Abu Dhabi, you’ll also find the only World Heritage site in the UAE, the oasis at Al Ain. 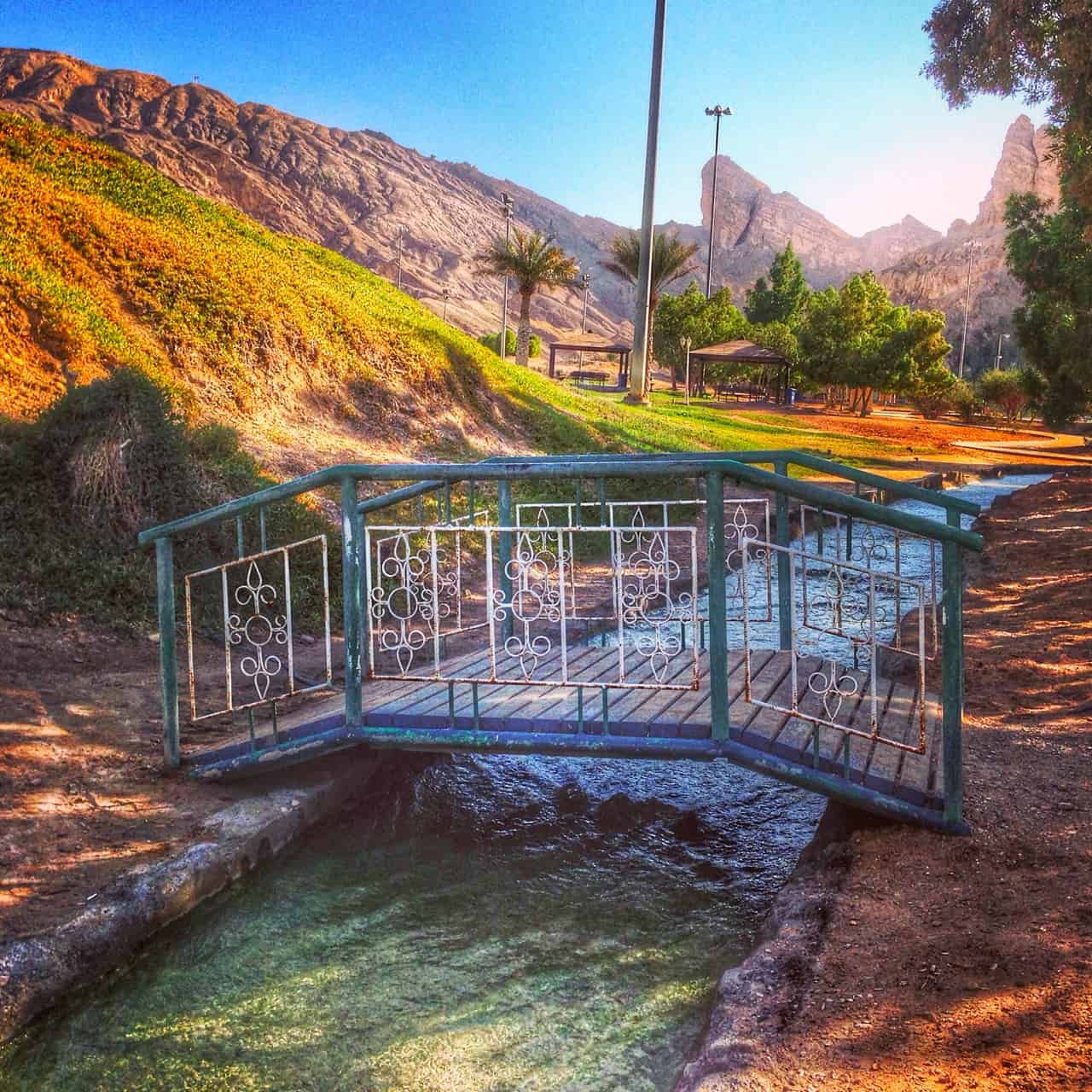 Have you been? What are your favourite Dubai things to do?

Disclosure: I’ve been in Dubai many times, sometimes for a quick stop en route elsewhere, other times for a proper exploration. Sometimes it has been on my own dime, other times at the invitation of others. On this latest visit, I was a guest of Emirates and Dubai Tourism in connection with the new direct flight route between Oslo and Dubai. As ever, I retain full freedom to write whatever I want.