This is the home of Hamlet, the mythical prince of Denmark. (The town’s Danish name is Helsingør, but Elsinore sounds so much more romantic, doesn’t it?) 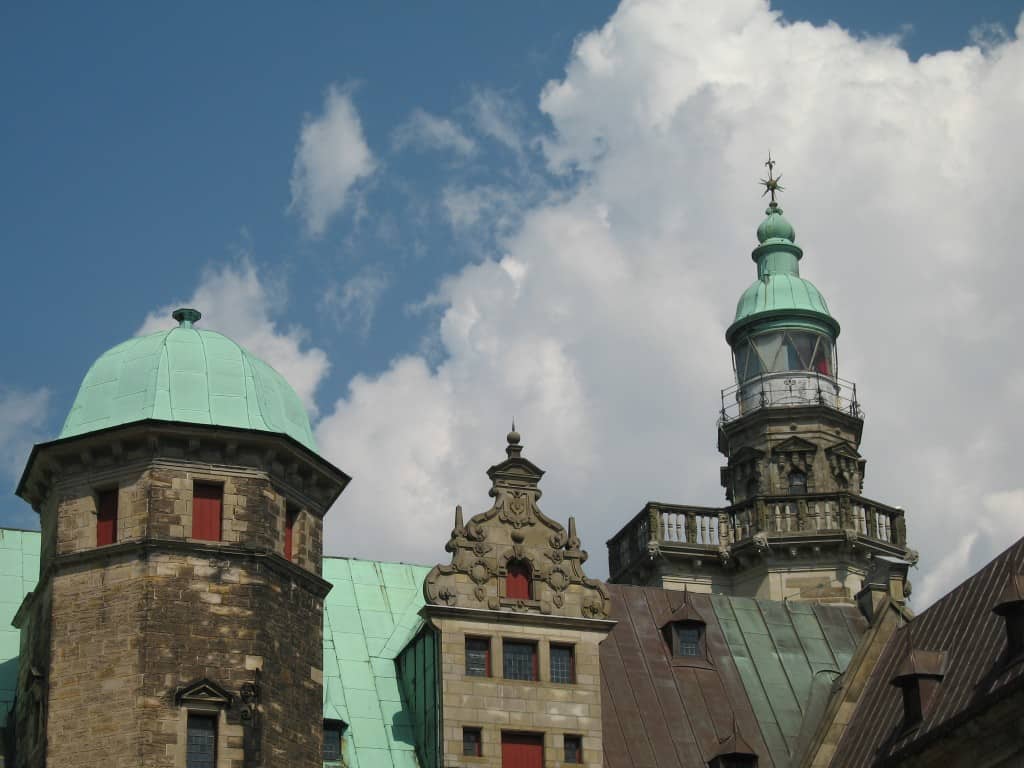 Kronborg Castle is interesting enough in its own right, even without any references to Shakespeare’s mad protagonist. It’s from an era when Denmark was one of the great powers in Europe.

Built as a naval fortress to guard the entrance to the Baltic Sea, King Fredrik II converted Kronborg into a fantastic renaissance palace. And since the Queen, the lovely (and might I add, beautifully named) Sophie, loved to dance, this royal summer house sported northern Europe’s largest ball room. Must have been a fun place to hang out in the 1500s.

The girls and I explore the royal apartments, surprisingly modestly decorated. Well… perhaps it isn’t so surprising. We are in Scandinavia after all, not France. Some saucy paintings decorate the otherwise stark castle walls: 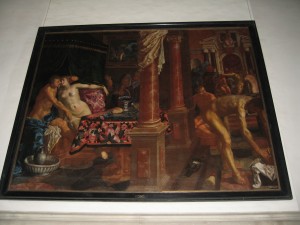 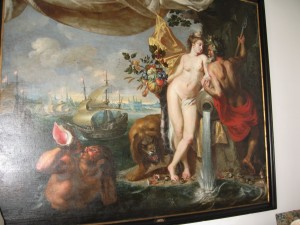 Outside are moats and drawbridges. I half expect to see the dead Ophelia floating in the moat. Over by the swans there, perhaps? Or even see Hamlet’s ghost, or that of his father, brutally murdered by his wife Gertrude and his scheming brother Claudius. Dramatic stuff. But they must all be away today. Neither ghosts nor Ken Branagh or Mel Gibson roam the grounds of this magnificent castle on this warm August afternoon. 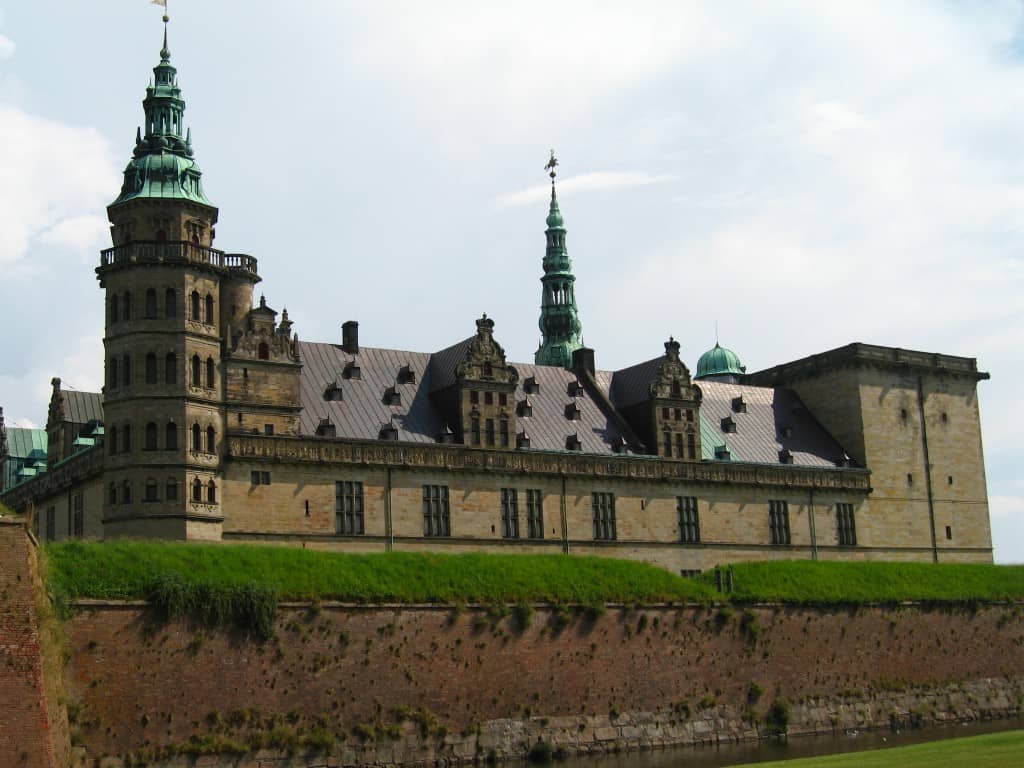