Elvis of the Balkans

Ambling around Skopje one balmy April night last year, I spotted a large crowd on Macedonia Square, gathered around a photo of a young, ruggedly handsome man with the caption 1981 – 2007. The picture was placed in a large bed of flowers, encircled by lit candles. Nearby, young and old queued to buy 10-dinar-candles. Some bought 10, some 20. 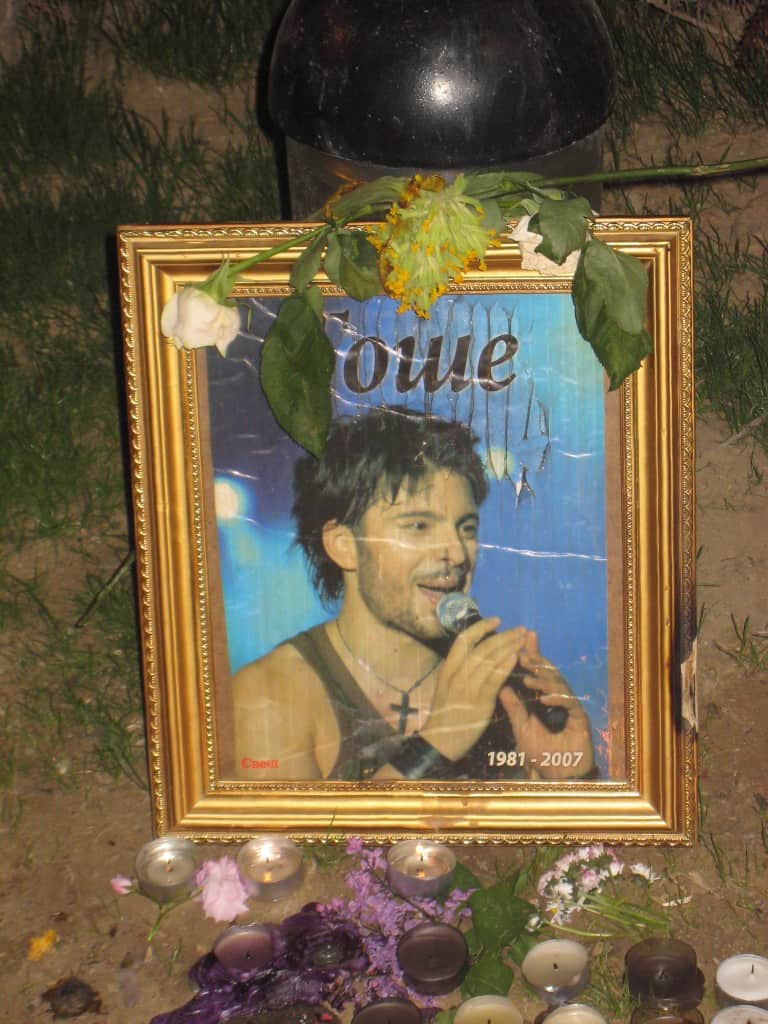 The sad demise of Elvis of the Balkans

Asking a group of teens, I was told he was Tose Proeski, a singer, killed in a car accident in Croatia half a year earlier. The Macedonian government promptly declared 17 October, the day after his death, a national day of mourning.

Tose Proeski, they said, performed Macedonia’s entry in the Eurovision Song Contest in 2004 and was named by the BBC as the Elvis of the Balkans.

Tose was more than a pop star. He worked passionately to bring children of the troubled Balkans together, across ethnic groups and religions. For this effort, he was named a UNICEF Goodwill Ambassador and received the Mother Theresa Humanitarian Award. And he received a state funeral!

So 6 months after his untimely death, he was still fondly remembered every Saturday night here on Macedonia Square. This took me quite by surprise. Back home in Scandinavia, this would be very unlikely to happen. I suppose we’re just not given to worshiping anyone – living or dead. Yet, this evening, I suddenly found myself in the candle queue. Mass suggestion? I don’t know… At least, I restrained myself to one candle.

In October 2008, a year after his death, a Tose Proeski memorial concert was held and earlier this year, a square in Skopje was built and named in his honour. That’s how loved he was.

Today, a year later, I shouldn’t be surprised if candles are still lit on Macedonia Square in his memory. And me – well, I’m strangely drawn to this man, his voice and his story.

Here’s to you, Tose: