Murder and Mayhem in London through the Ages – Part 2: Execrable executions

Continuing our time-travel through London’s pernicious past, here are a few ominous outings our forefathers might have enjoyed:

Take an excursion to Newgate prison to gawk at inmates: Daniel Defoe sat here (for poking fun at the Tories), as did Pennsylvania founder William Penn (contempt of court). Then continue to Wapping (present day Docklands), known for several centuries as Execution Dock. This is where pirates were strung up after sentencing by the Admiralty Court. One who met his fate here 300 years ago, was famous Scottish pirate, Captain Kidd. Not only was he hanged; his body was also gibbeted – suspended in an iron cage. For years, he hung there, to serve as warning to any who might have romantic notions of life as a pirate.

Common thieves and crims were strung up at Tyburn (present-day Marble Arch). The executions were public, so why not bring the family for a fun day out? The most fun you can hope for at Marble Arch today is hearing a passionate speech from someone on a soap box in Speakers’ Corner – a wee bit pale in comparison. The last to be executed at Tyburn gallows was a highwayman in 1783. 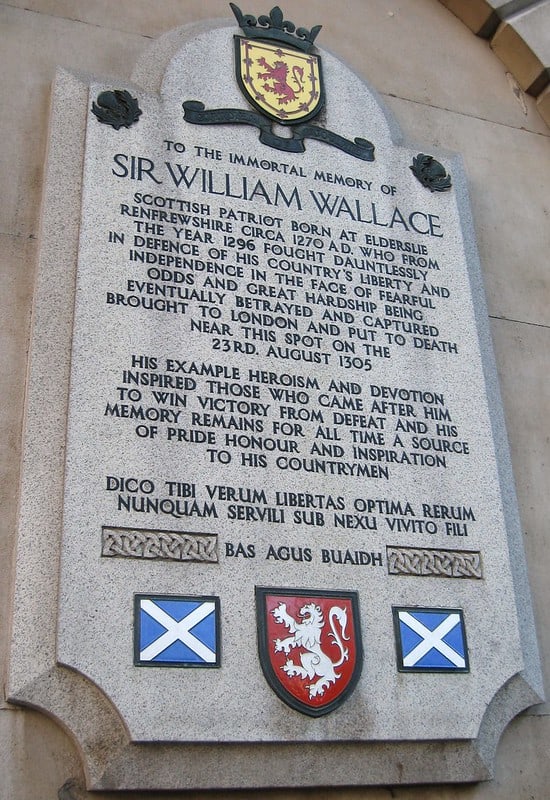 Ever noticed this plaque? It’s in Smithfield – on the wall of England’s oldest hospital, St. Bartholomew’s, founded in 1123. (A notable graduate was Monty Python’s Graham Chapman. Must be uniquely inspiring, attending medical school in a 12th century hospital). In 1305, Scottish freedom fighter William Wallace was found guilty of treason; then hanged, drawn and quartered at Smithfield.

Smithfield has been site of a wholesale meat market since 1179 (still there), as well as a place of public executions; a rather peculiar combination, don’t you think? 250 years after Wallace, during the Fires, Protestants were put to death under the reign of Bloody Mary. If you were just a regular swindler, you might be boiled in oil.

Around the corner is Fleet river, now subterranean. The street is rather better known. And not only for newspapers. If you are time travelling, you may want to think twice before stopping off at the hair dresser here. Heard of Sweeney Todd, the murdering barber of Fleet Street and his cannibalistic collaborator Mrs Lovett, who baked his victims into her pies? Were they real or an urban myth? No records of Sweeney Todd exist, and yet… 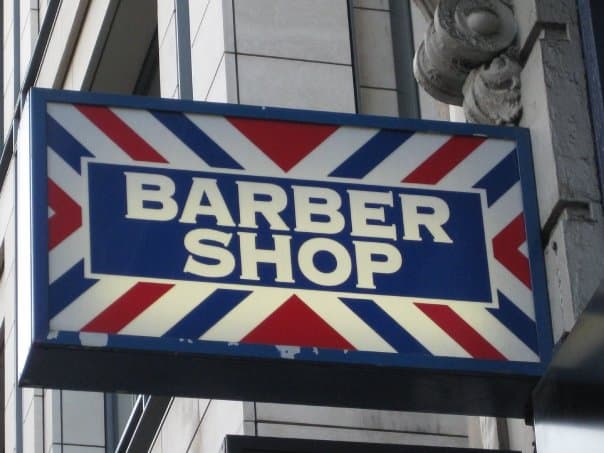 A barber shop on Fleet Street

Another popular outing of the past was going to bear-baiting. It was such good fun, in fact, that when Parliament tried to ban this most enjoyable entertainment on Sundays, it was overruled by Elizabeth I. Luckily for Bess, she didn’t have to deal with PETA.

Watch this space for a few words on the most infamous of serial killers. You know who…

This is an excerpt, somewhat reworked, of my Boots’n’All article Execution Dock, Tyburn, Smithfield and other beastly business