Another Sunday and a new installment on family road tripping in Wales. Last week, we left off in Blaenau Ffestiniog. Today, we continue onwards to Llandudno – Conwy. We’ve been here before, so you know we like it up here on the northern coast of Wales.

Llandudno is off the beaten track. It’s a quaint and quiet seaside town with a very long, crescent-shaped promenade with pastel Victorian facades – and a very long pier which could easily be the setting of a period murder mystery, or even a modern one. Llandudno also has numerous places to stay (for all budgets), good restaurants, lots of shops and miles of pretty beaches.

From the promenade, you’ll see the hill Great Orme, reachable by tram, cable car or a good old-fashioned hike. The hike is worth it for the views alone, but if you need another reason to exert yourself, there’s an interesting old copper mine up here as well. 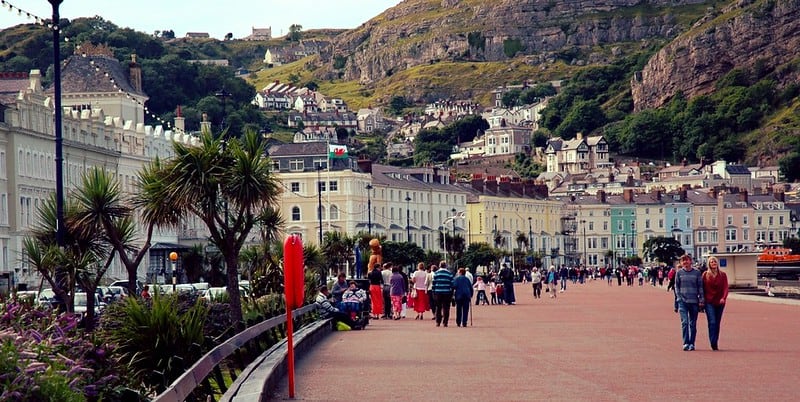 Llandudno pier has the usual array of little shops, noisy arcades and fairground rides (that the little one loves).

I prefer the pier after hours. It’s somewhat of a thought-provoking walk; the pier is lined with benches with memorial plaques and often flowers to dear, departed ones. 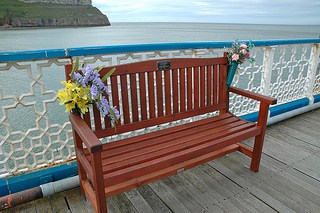 Back in day, the ferry to Isle of Man left from Llandudno Pier. Not anymore (it leaves from Liverpool these days). Today, the end of the pier is a nice place to enjoy the views of the bay with the occasional angler. 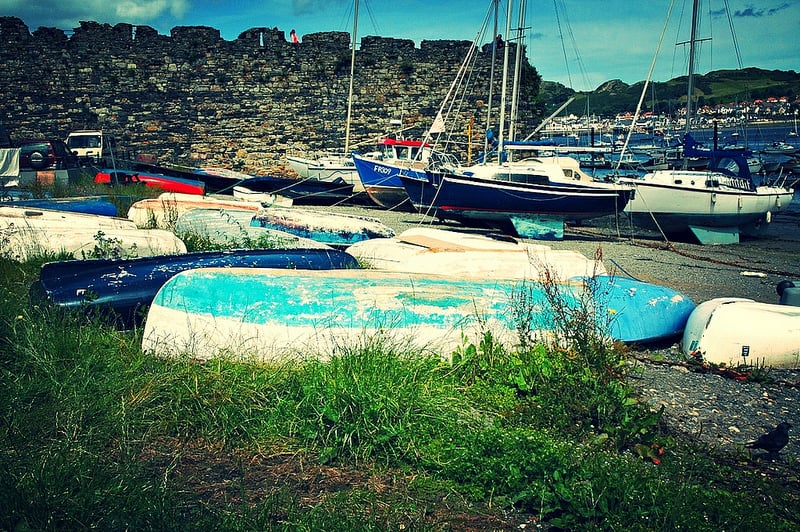 Just a short bus ride from Llandudno is Conwy. In 2008, we explored Conwy Castle and the well-preserved Elizabethan house, Plas Mawr – and we played with a lovable, local feline. Four years later, we decided a return visit is in order. We just like Conwy.

The rest of the gang decides to ramble about Conwy Castle yet again. Of King Edward’s four castles in Gwynedd, this is the one I like the best. 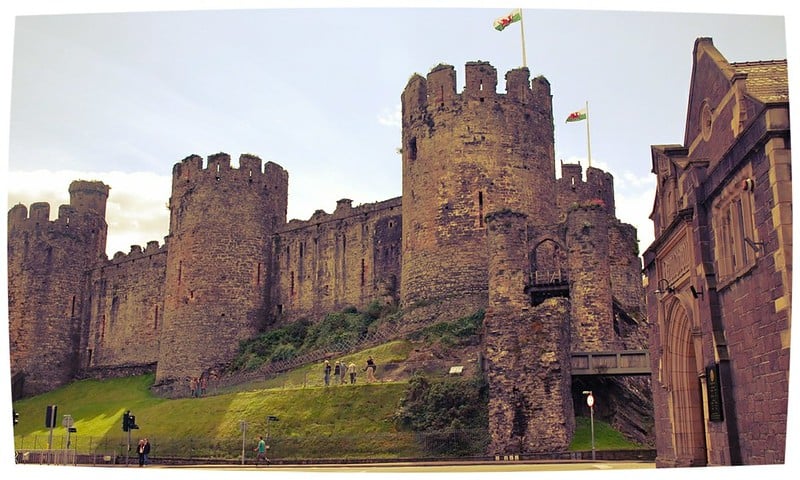 While they’re at the castle, I stroll down to the quay. It’s small and colourful and just the right place to sit and stare out at the water with a cup of tea in hand. 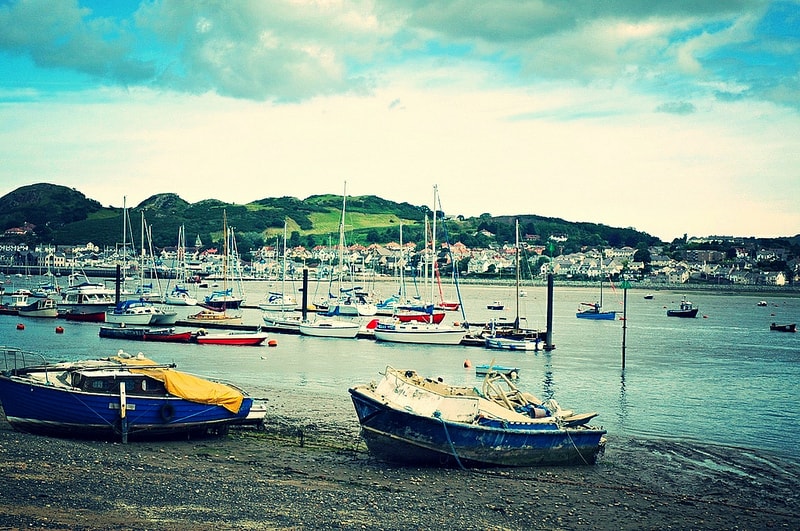 As I sit there, something makes me turn my head. Don’t know what, I’m really more interested in the brightly painted boats and all that goes on in front of me. But there it is: I turn around and spot… the smallest house in Britain. Right on the quayside. 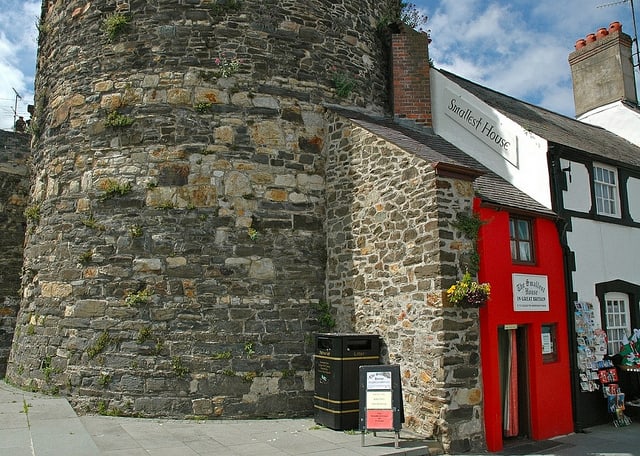 It’s not a toy house, it just looks like one. It’s about 6 sq. metres and maybe 3 metres high, covering two floors. And it wasn’t always a tourist attraction. This little house was a residence for 300 years. Ironically, the last owner, one Robert James, a local fisherman, was almost 1.90 metres tall, just 10 cm shorter than Aleks in the photo below. 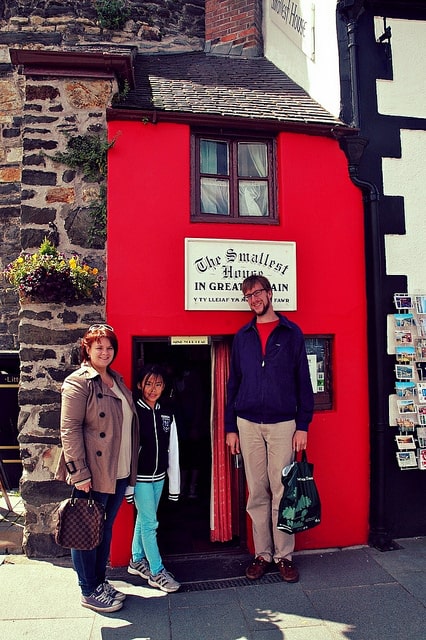 In the early 1900s, Robert was chucked out, when the local council declared the house too small for human habitation.

When the kids arrive – after being sidetracked by birds of prey at the quay – we pay the symbolic £1.00 (50p for children) and enter this tiny abode. Inside, there’s a stove and a water tap. We can’t go upstairs, as the first floor isn’t strong enough, but we’re allowed to climb a ladder to have a look up there. There’s barely room for a bed, a small cabinet, a wash basin and a chamber pot. 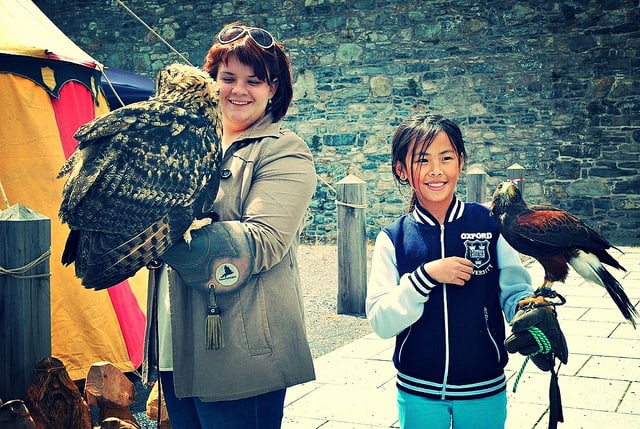 I think The Smallest House in Britain is a wonderfully quirky tourist attraction. The child’s verdict: interesting enough, but the birds of prey top it – and everything else. 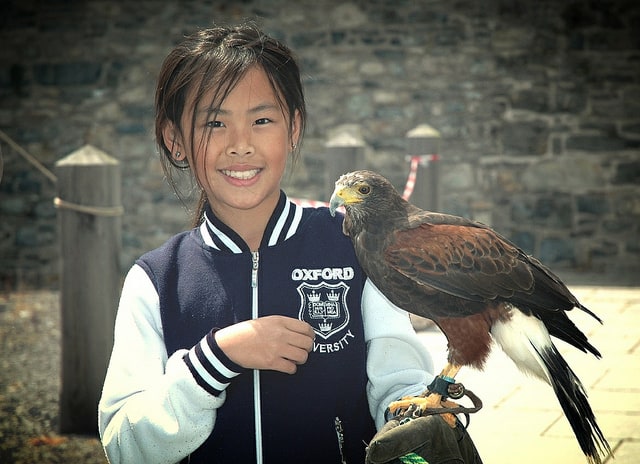 Conwy Castle is part of the UNESCO World Heritage site Castles and Town Walls of King Edward in Gwynedd.