It’s my great pleasure to host the 10th Lonely Planet Blogsherpa Blog Carnival. For this edition, I asked my fellow bloggers: Which is your favourite place on earth? Is it a country, a city, a village, a beach, a hut, a mountain, a hotel? Do you return all the time – or do you dream of returning? What draws you there? In short, why is it your fave?

Easy, right? Well, you’d think. But not so. Most found it a bit of a challenge, rating one spot above all others. We all adore so very many places, and favourites may depend on any number of factors. My favourite place often tend to be where I visited last.

Nevertheless, most of the contributing bloggers managed to choose one place. What follows is a long, delicious list of wonderful spots around the world: a market, several cities and towns, music, beaches, a hidden corner, a temple path, a castle, a fountain and a garden, a busy city square, islands, landscapes, a mud festival even. So grab a cuppa (or an apple), sit down, relax and enjoy all these great posts: 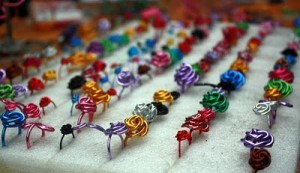 Sounds fabulous. I had never heard about it before Julie described it so temptingly, but now it tops my Beijing list. 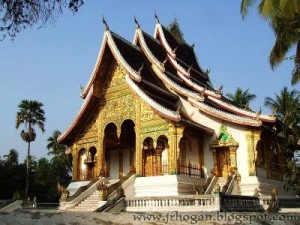 Suddenly, I can’t understand why I haven’t I been to Luang Prabang – or indeed, Laos – yet. Definitely time for a visit. 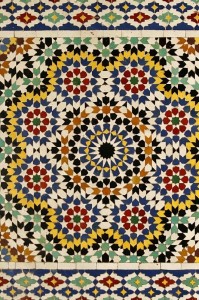 Kerry Dexter of Music Road shares this evocative post about music and hope in Derry.

Reminding us of the events of Bloody Sunday 38 years ago, she writes: 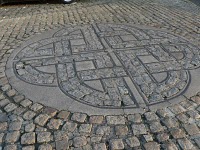 Beautiful post. Also, check out this post for a video of local Derry girl Cara Dillon singing There were Roses, Tommy Sands’ haunting song, setting the political struggles in the context of everyday life.

Over at LeX Paradise, LeX Tan Yih Liang has an unusual favourite: The Boryeong Mud Festival 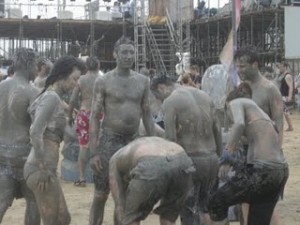 LeX tells us about his experiences at this action-packed Korean festival and gives useful information on how to get there. The festival attracts a whopping 1.5 million visitors every year! Looks fun. Dirty, but fun.

Claire Algarme of First-time travels shares her favourite place, lovely Coron Island in the provice of Palawan in the Philippines.

Claire is not the only one who loves this spot: 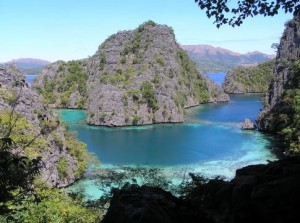 I haven’t been to the Philippines yet, but when I go, I’d like to hit one of those Coron beaches.

Vibeke Montero of Photito’s Blog has fallen in love with Oslo all over again. In Oslo for free, she recounts a lovely summer day full of pleasant surprises. In the most expensive city in the world, she encounters a bus driver who lets her ride for free, an Italian cafe owner who offers a latte on the house, a fruit seller charging only a symbolic sum for his apples… 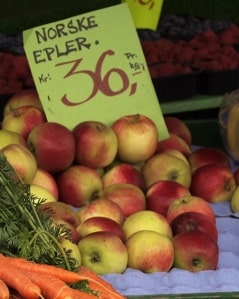 So true! At the first sign of summer, Norwegians cast off their inhibitions – along with most of their clothes – and magic does indeed happen!

Oh, and by the way: Norwegian apples – best in the world! Totally objectively speaking, of course 😉

Renee King of the cleverly named A View to a Thrill shares her love affair with Prague and heaps of great photos. Renee calls this city on the banks of the River Moldau one of the rarest jewels in the European Union. 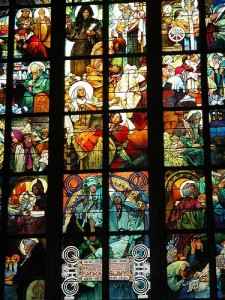 Who indeed? Prague is like a fairy tale, drawing you in.

Liz Borod Wright from Travelogged tells us about Red Beach: The Best Beach in Santorini near the ancient, Minoan site of Akrotiri. 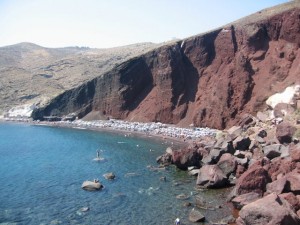 No wonder you like it, Liz. Santorini is already high on my go-to list. I’m thinking Greek island-hopping (with kids), definitely including Santorini. After all, it’s said to be the last remnant of mythical Atlantis. Heaps of interesting history, philosophy and mythology here. And with this unusual red-sand beach near Akrotiri, I’m even more intrigued. 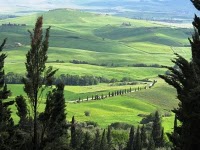 Erin Ridley of La Tortuga Viajera proves choosing only one favourite is very difficult indeed. In there’s no place like …, she gives us two faves. The first is a perfect vista in San Francisco. Erin takes us to a little spot on the water side of Broderick Street, from where you can see the Marina, Alcatraz and the Golden Gate Bridge. 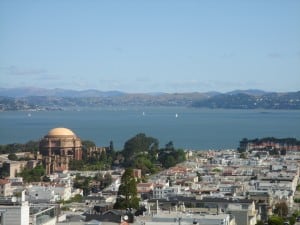 Erin’s other favourite is a magical Moorish castle. You have to stop by her blog to find out more 🙂

Jeff Funnekotter of Big City Blog has numerous favourites as well: a beachfront cafe in Malaga, New Zealand’s Paihia and his parents’ kitchen (I love that!). But Jardin du Luxembourg – and particularly the Fontaine de Medicis – tops his list. Jeff says: 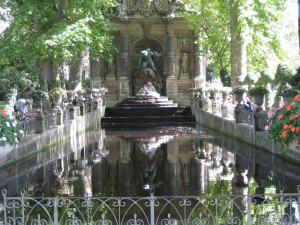 I’ve spent many happy moments in the Jardin du Luxembourg myself, away from the hustle and bustle of the boulevards. Next time I’ll have a closer look at this amazing fountain.

In How I Know a Favorite Place, John Houser of The Dotted Route, counts down to his number one spot. Runners-up include the stunning Tiger Leaping Gorge in China’s Yunnan province and Stuttgart’s lively Schlossplatz. But top billing goes to London’s Trafalgar Square. 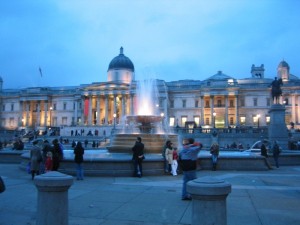 London – my favourite city in the world! 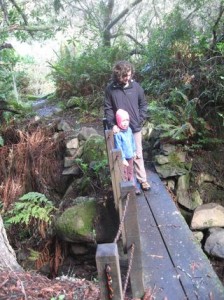 I’ve never heard of Sea Ranch before, but it sounds absolutely wonderful. And very ahead of its time.

Over at Todd’s Wanderings, Todd Wassel’s favourite spot is the path behind the Iwayaji Temple, Japan Here’s why:

Todd provides fascinating background info and gorgeous photographs and is currently writing a book on the Shikoku Pilgrimage. 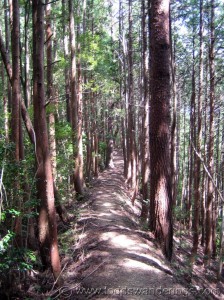 Wow, what a stunning secret temple path – almost enough to make one religious.

And finally, what’s my favourite, you ask? Well, perhaps you’re not asking, but I’ll tell you anyway. Like so many, I had great difficulties choosing – but finally settled on a short-list of two. Both are remote islands, neither of them tropical. One is a new aquaintance: the enigmatic, verdant Faroe Islands in the North Atlantic. The other is the haunting – and haunted – Norfolk Island. For the number one spot, I’ll choose the latter.

Once Britain’s worst penal colony, Norfolk is now a self-governing Australian island – and home to the descendants of the Bounty mutineers ever since Pitcairn became too small. Exciting history, stunning landscape, ghosts, secrets, mysteries; a most excellent little speck in the Pacific. 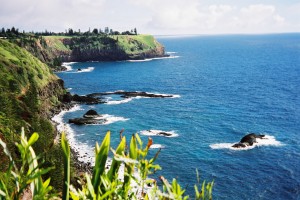 On this carnival around the world, we have covered 5 continents. We’ve been in China, Laos, Morocco, Ireland, South Korea, the Philippines, Norway, the Czech Republic, Greece, Italy, the USA, Spain, France, England, Japan and Australia/Pacific. I hope you’ve enjoyed all these wonderful spots around the world. I know I have.

The last Lonely Planet Blogsherpa Blog Carnival was hosted by Claire of First-time travel and was all about first-time travel outside your country. The next blog carnival will be hosted by Kat over at Tie-Dye Travels and is about food around the world. Yum! See you there!