Geghard Monastery: carved from the mountain (Day out Yerevan) 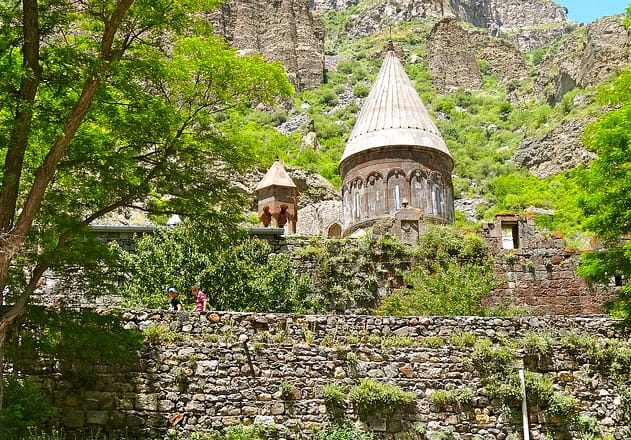 Remember I wrote about the ruins of Zvartnots Cathedral with the spectacular view of Mount Ararat? And a bit later, the monasteries at Haghpat and Sanahin? Armenia’s third world heritage site is Geghard Monastery with its scenic surrounding canyon, the Upper Azat Valley.

As you may have noticed, all three of Armenia’s sites are churches, cathedrals and monasteries. That’s perhaps not so surprising, as this was the world’s first country to adopt Christianity as state religion back in 301. Yes, you read that right: 301.

In the same century, Saint Gregory the Illuminator founded the monastery complex at the site of a holy spring inside a cave. The complex was plundered and burnt about 600 years later, so the buildings we see today are from the early 13th century, positively contemporary by comparison. 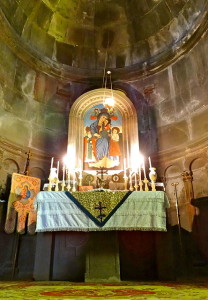 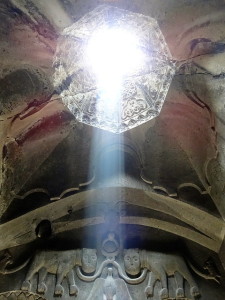 What sets Geghard monastery apart is its unusual construction, with tombs and churches cut into the mountain. Yet, perhaps its most important claim to fame is the relic once kept here: the sacred spear that pierced Jesus on the cross, brought here by Jude (in Armenia known as Thaddeus), one of the original 12 apostles.

Now, with holy relics one never knows, does one? The spear beneath the dome of St Peters Basilica in the Vatican is also reputed to be the one. Others believe the one in Vienna’s Hofburg Palace is. Another is in the ancient city of Antioch in present-day Turkey. 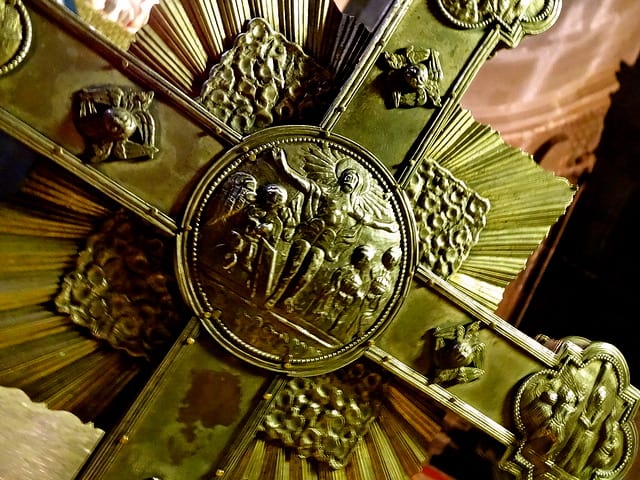 Whatever one believes, the spear gave the complex its name – Geghard-avank, Monastery of the Spear. And although the spear is no longer at Geghard (it was moved to Etchmiadzin Cathedral, the Armenian mother church) it has attracted thousands of Armenian pilgrims through the centuries. Even on this day, a late June afternoon with the sun beating down, pilgrims outnumber tourists, their devotion clearly noticeable.

Getting to Geghard Monastery

Public transport doesn’t go as far as Geghard, but you can take marshrutkas (minibusses in various states of disrepair) from Yerevan to Garni, then walk, hitch or take a taxi the last 9-10 kilometres to Geghard. A much easier option is to join a tour from Yerevan. Many tours combine Geghard with the pagan temple at Garni, also worth a visit. 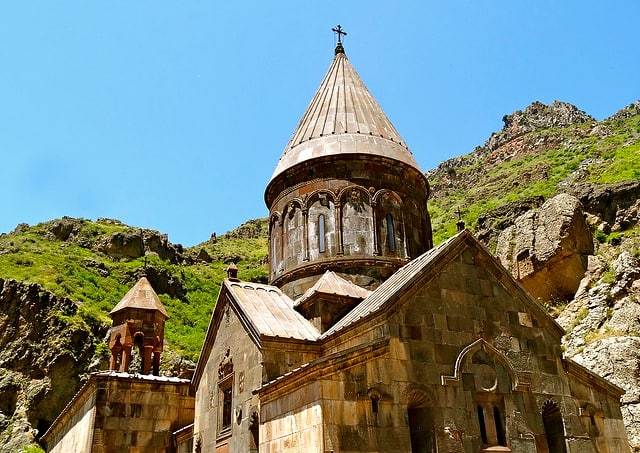