I’m a paranormal investigator. For the night. Well, no, I am not. Not really. I cannot even call myself a believer. But Victoria can.

I’ve just met this blonde, fresh-faced Brit – from somewhere just north of London. She tells me she has degrees in psychology and forensic psychology and has made Prague her home for the last three years. Scientifically investigating ghosts is her job. That, and showing visitors around cemeteries and tunnels and the legends of Prague’s fascinating old town. Before Prague, New Orleans was her haunting grounds. It’s hard to come up with a more appropriate place for a ghost hunter. ‘I was deported from the US,’ she says. In a rather matter-of-fact way for a rather dramatic piece of news. For some reason, I refrain from asking why, uncharacteristically curbing my instinctive journalistic curiosity…

We’re about to begin a night-time visit to an abandoned graveyard in the Czech countryside, just outside Prague. We’ll be using torches, recorders, radio transmitters, thermometers, and EMF meters. The latter measure electromagnetic fields; an antennae of sorts. 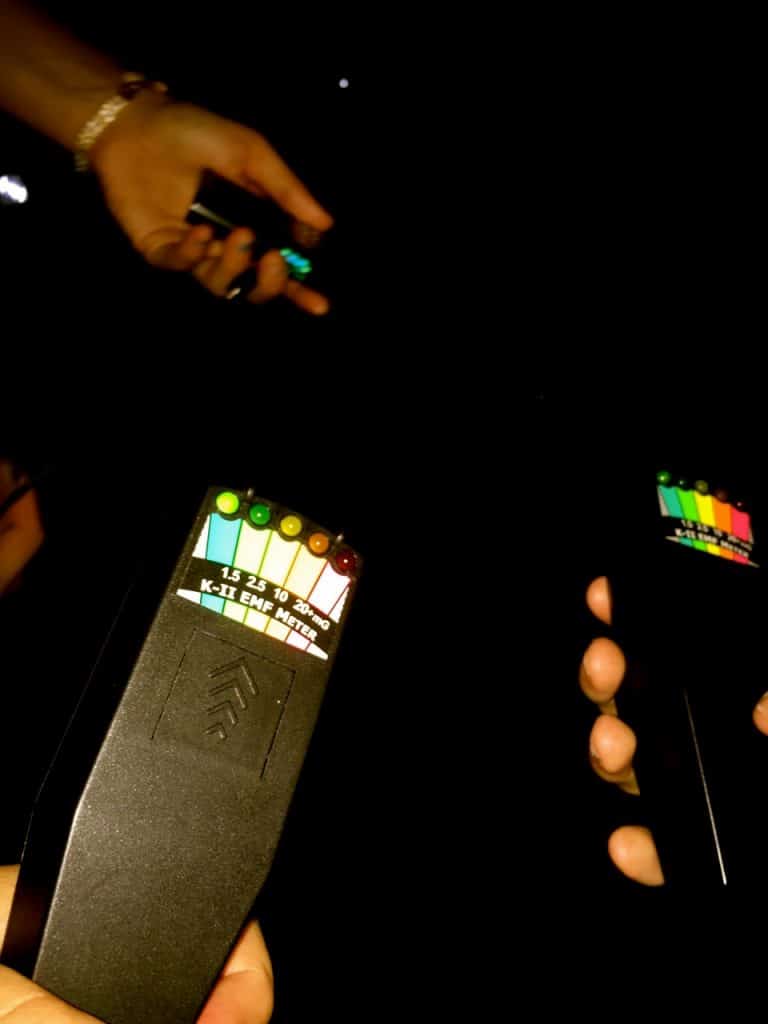 Me, I’m sceptical of anything that can’t be proven scientifically. But up for an unusual night out. And Victoria is eager to show and tell. In touch with spirits since childhood, she has also worked as a medium. Strictly pro bono. I can’t help but be smitten by her enthusiasm, and I kinda want her to be right. In some small way, at least.

There’s five of us this evening; all in various states of (dis)belief. In addition to my good self, there’s a young Norwegian (even more sceptical than I am – it must be in our national DNA), his British girlfriend (much more open), and two young men from India, for whom ghosts are as natural as drinking tea. Of course they exist. Everyone knows that.

First order of business is a stop at a mental hospital, or insane asylum, the term du jour in the early 1900s. It is a large building, surrounded by several smaller ones, all in a tranquil, pretty, pastoral setting. This is where they came from, most of the 4000 (restless) souls we’re about to meet at the cemetery down the way.

Psychiatricka Nemocnice Bohnice is still in use. But it’s nothing like back in the day, when frontal lobotomies were the order of the day; just cutting out any, old piece of brain, usually rendering the victims with a “surgically induced childhood”, as American lobotomist Walter Freeman called it. His speciality was “icepick” lobotomy. This is similar to Sir Isaac Newton’s investigative approach to optics, where he poked a large needle into the corner of his eye and moved it around – just to see what would happen. Admirable sacrifice for science. 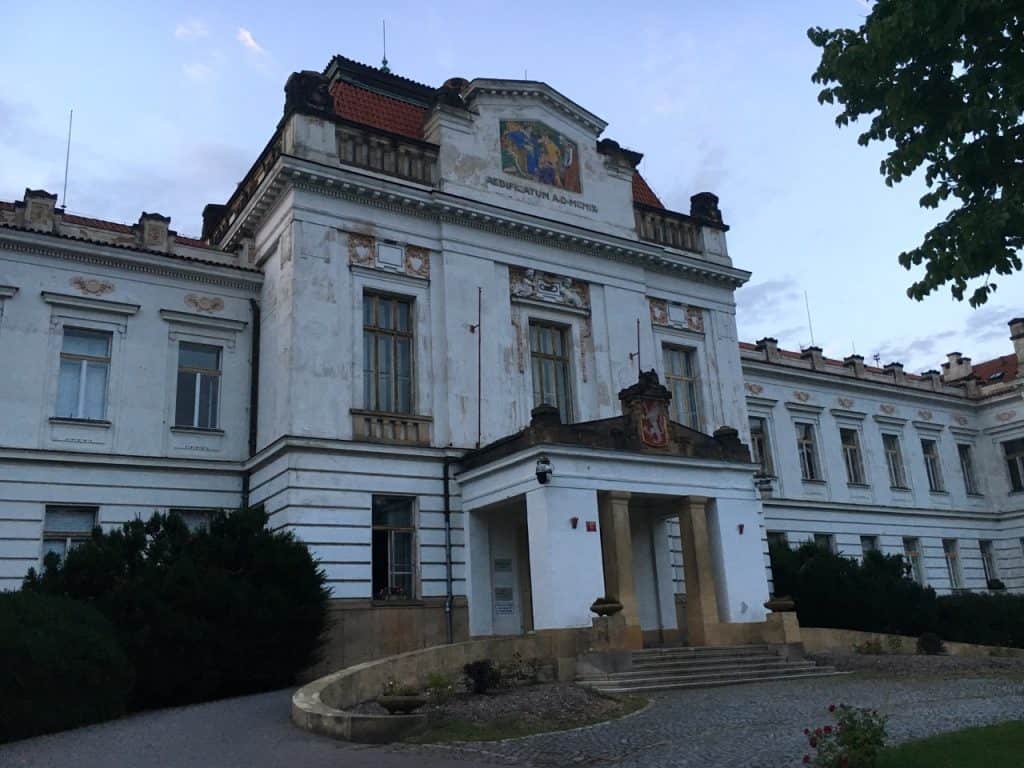 Now, Newton only experimented on himself. Freeman did not. Just imagine being a young woman (most lobotomy patients were women), having an ice pick hammered into each eye, through the bone, then monkeyed about. Did you know the inventor of lobotomy won the Nobel Prize in Physiology/Medicine? For the “discovery of the therapeutic value of leucotomy in certain psychoses“.

Victoria tells us lobotomies are still performed today, but of course targeted down to the millimetre with precision instruments. And she’s right! Today, they are mostly used to treat epilepsy.

In the old days, things were different. Oh to end up in an insane asylum in say 1904. Yikes! The reasons could be many: homosexuality, hysteria… Women were sometimes put away for having opinions and for daring to oppose men. I shudder to think where I’d be.

All right; it’s time to wander down to the ghosts. We walk along a country road, where farm workers are busy. A combine harvester approaches in the dusk – the bright lights obscuring the driver as he comes nearer and nearer. I’m reminded of an episode in one of these cosy English country murder mysteries (Midsomer Murders, possibly) where people are shaken to death by some sort of farm vehicle. Bizarre simile perhaps, yet appropriate somehow. 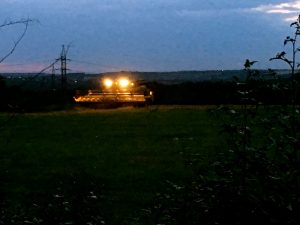 Arriving at the cemetery, Victoria unlocks the heavy metal gate. A cross used to top the gate, but that has vanished some time during the last three months. And the atmosphere has changed as a result, she assures us, while pulling out various equipment from her bag. A veritable Mary Poppins. We are all given torches, and she hands her two EMF-meters to us sceptical Vikings. Clever girl!

As we’re at the gate, one of the Indians admits to never having visited a cemetery before. At first, we’re astounded. But it makes sense, of course. Hindus don’t bury their dead. He’s reluctant to enter, but the thought of being left alone outside in the dark is not an appealing alternative. Courageous fellow! Ain’t brave if you ain’t scared!

In addition to the patients, about 1000 others are buried here. Victoria pulls a photo from her bag. A black and white photo of a young man, a strangely familiar face. Seen it before? 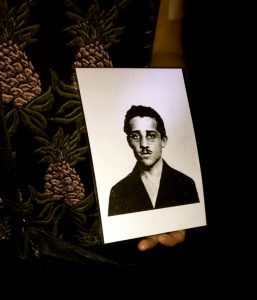 It’s Gavrilo Princip. The 18-year-old who triggered World War I, the man behind the assassinations in Sarajevo. After killing the Archduke and Archduchess of Austria-Hungary, Princip tried to off himself by cyanide. Sadly for him, the cyanide tablet had passed its sell-by date. Gavrilo survived and was sentenced to 20 years in prison – where he contracted tuberculosis and died 4 years later in Terezin (better known as the infamous Theresienstadt concentration camp in the next round of world wars). To avoid being rendered a martyr, he was buried at an unmarked grave. And rumour has it, it was here at the graveyard in Bohnice. 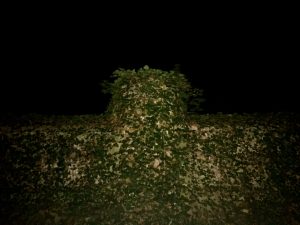 Ivy grows in abundance here, practically covering the ground, the walls and the tall trees. Graves are mostly unmarked. But Maria’s isn’t. Hers is one of the few stones still left standing. A mother who died at the sad young age of 29 from shrinkage of the brain – a slowly debilitating and very painful disease. ‘People have strong reactions here,’ says Victoria, as she lights a candle at the grave. ‘Especially pregnant women.’ I remain at the grave for a few minutes after the others continue on, to see if I can get a sense of Maria. I can’t. But then I’m not pregnant… 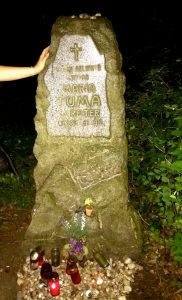 We continue to the chapel, where Victoria lights another candle. ‘A spiritual, peaceful place,’ she says, and shows us a photo of how it once looked. Now, the chapel is a shell of its fomer self. I wander inside, wading through the undergrowth, to see if I can sense… something. Again, I can’t. But I’m perhaps not particularly sensitive to the subtle moves of the dead. 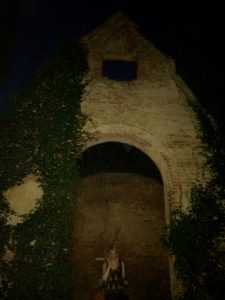 Many children are buried here; children born and died in the asylum. We head towards the back gate where a little girl has been active, we hear. The thermometer does indeed go up and down rather dramatically, as Victoria holds it near the gate.

Carrying on, we walk past the suicides and on to the criminally insane. Stories aplenty. Victoria fires up the recorder and my EMF-meter goes wild for a bit, lights all across the scale, from green to yellow to orange to red. I have to admit, this is fun!

Most bodies here are buried in mounds, common graves. This wasn’t done just with the poor (as the misleading story goes regarding Mozart), but rather the normal thing to do in the past. But is it resting in peace? Who’s to say… 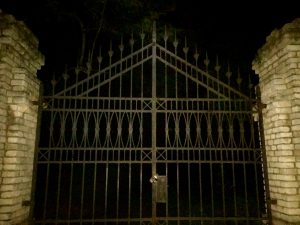 As we exit through the main gate, our Indian admits to being absolutely freaked out. Well, he did a good job of hiding it for the rest of us. As we drive back to the city, there’s a bit of giggling (nervous?) and talk of my EMF-meter going berserk. And before we know it, we’re back in Prague’s night life, amongst those very much living.

PS: As you may have spotted, neither my eyes nor my iPhone is up for work at the pitch black. But I rather think the photos add a bit of supernatural atmosphere, in a Blair Witch Project kind of way. You’re welcome!