My first visit to Brussels was just after uni.

I was not overly taken with the city that first time; in fact, I remember thinking (and writing on post cards) that the best thing about Brussels was how easy it was to get to so many other interesting places in just a few hours: Paris, Amsterdam, London – all within easy reach. And even inside the country, beautiful Bruges and Antwerp are both less than an hour away.

But I also remember seeing Grand Place for the first time. 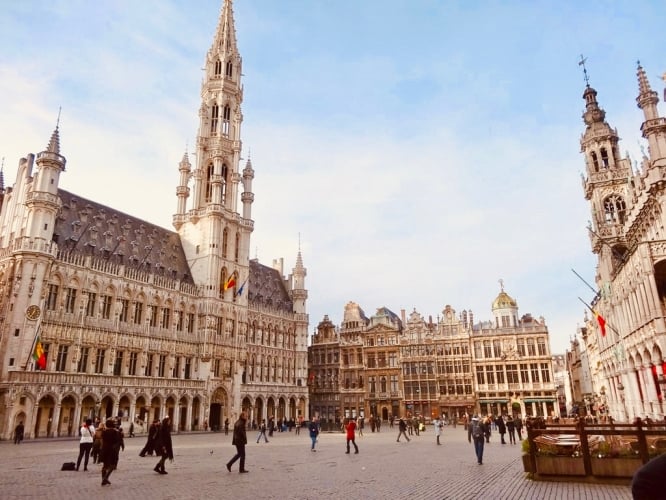 On my first day there, my friend that I was staying with, wanted to show me a stunning medieval square. So there we were, wandering through the narrow streets. I had just seen a cool jacket in the Agora, a small shopping centre nearby, and that’s what was on my mind as we entered Grand Place. I didn’t give much thought to medieval squares.

Now, my country is not known for grandiose architecture; even the royal palace is quite modest, in keeping with our informal, laid-back lifestyle. Instead, Norway is all about grandiose nature. Also, I was just back from 5 years in Oklahoma – not many grandiose buildings there either, and nothing even resembling medieval.

I can safely say it stopped me in my tracks. Gorgeously Gothic architecture surrounded a cobbled rectangle, with Hôtel de Ville – the town hall – as the pièce de résistance. There were gilded facades, lampposts with flowers, little shops selling lace and brocade, Godiva chocolate and speculoos (ginger biscuits, mmm…). At the outdoor cafes, waiters in starched white shirts served coffee in proper porcelain cups with saucers, and gave us glasses of water on small silver platters. It was all very quaint and satisfying. Very civilised. 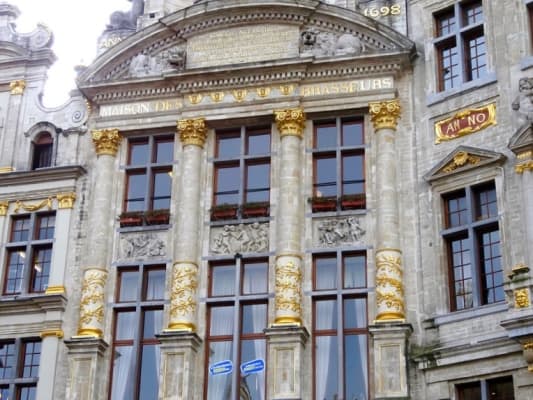 I could sit for hours, taking in all this magnificence. And I did. And have many times since. Chatting with friends and colleagues. Or alone, eavesdropping on other patrons, watching performers, listening to street musicians, often trained opera singers. Much as people would have done centuries ago, I expect. And that sums up Grand Place for me: a feeling of having been transported to another era.

Most of the buildings on Grand Place are 17th century baroque. In 1695, the French Army attacked with mortar and cannons and destroyed the original ones. But the good people of Brussels rebuilt quickly and efficiently, in a style faithful to the old square. The only building left standing was Hôtel de Ville, with its 96-metre tall bell tower rising high above all the rest. On top is a 3-metre-tall Archangel Michael, slaying a demon.

Facing Hôtel de Ville is the King’s House. Though I prefer its other name, Broodhuis (Bread house), after functioning as a market hall selling bread back in the 12th century. Today, it houses the city museum (which I have yet to visit).

The golden facades along the sides belong to the old merchant houses – guildhalls – decorated with statues, guild signs and the house names. 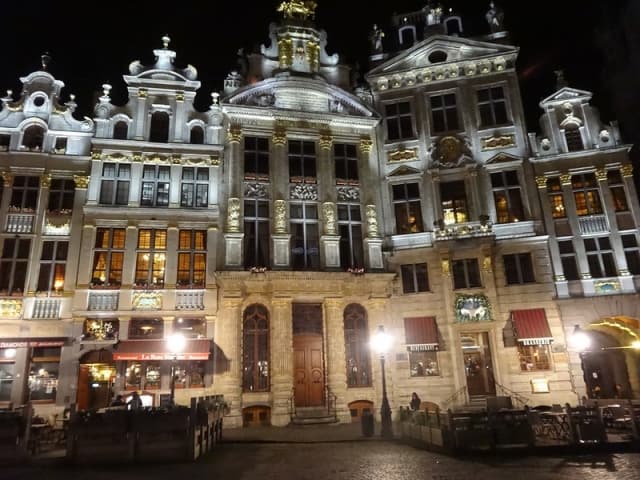 Today, there are a few modern-day additions, including a Starbucks. That is usually a bit of a downer in surroundings like this, but the one here is relatively unobtrusive, and does not take away from the atmosphere, as is so often the case elsewhere.

Dramatic happenings on Grand Place through the ages

You will not find any churches or abbeys on Grand Place. This is, and has always been, a place for trade and commerce – a true market square, a hive of activity through the centuries – economic and otherwise, including the rather gruesome old custom of public executions. Here are a few examples: 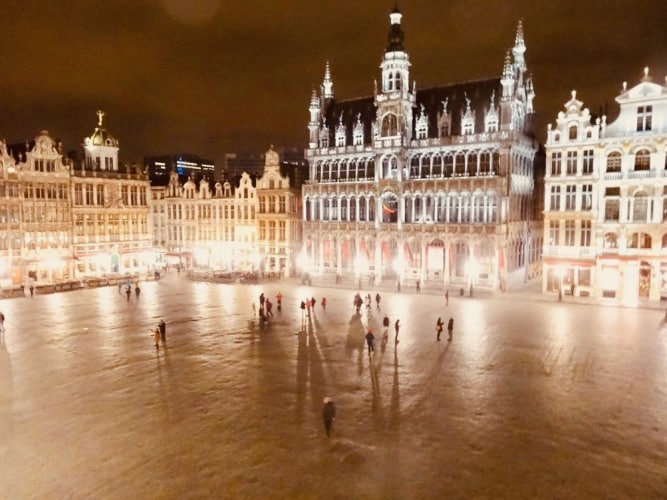 At night Grand Place is magical; the guild houses are lit up and the square looks like molten gold.

La Grand-Place in Brussels is a UNESCO World Heritage site.