World at a Glance: Great Zimbabwe (Day out Harare) 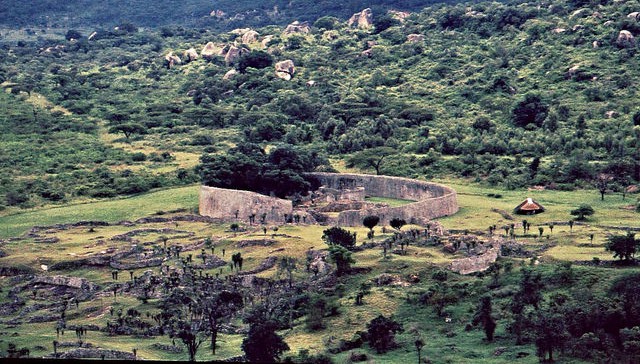 I had 4-5 hours to kill in Masvingo once, waiting for the last bus to Harare. Must have been 16 years ago. So I did what I often do when I’m short on time: I asked a taxi driver if there was anything interesting to see. A slightly dubious practice, I know, and certainly one that can end up costing a pretty penny. Then again, I’ve rarely encountered any difficulties when using this strategy. In Masvingo, he suggested the ancient ruins of Great Zimbabwe. A lost city; how could I say no?

Legend has it the Queen of Sheba resided here at Great Zimbabwe. True or not, it was an impressive site and a wonderful discovery. The monumental structure was built almost 1000 years ago, by the Shona people of the area. They called it Great Zimbabwe – Large Stone House. A simple name. Logical. Today, you can walk around in the ruins of royal houses. The general population lived in much simpler dwellings. 10 – 20 000 people is said to have lived here at one time.

I scrambled about on my own for a couple of hours. At the passageways of the Hill Complex, I got lost. Not the first time; I have a crap sense of direction. Dusk approached, and not another soul was in sight. A bit unnerving, that.

Then I met a monkey. A boy, I think. He wasn’t shy. All feelings of unease evaporated. Funny how animals do that. Even cheeky monkeys. 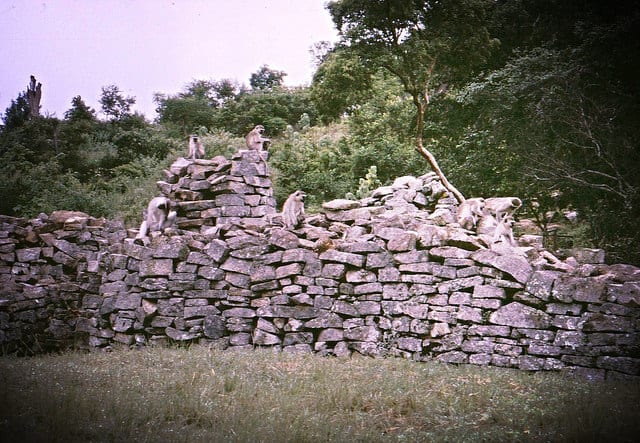 Wish I had a photo of my little friend from Great Zimbabwe. But here, at least, are his relatives.

World at a Glance is a series of short articles here on Sophie’s World, with a single photo (… well, two this time), portraying curious, evocative, happy, sad or wondrous, unexpected little encounters.

Want more travel inspiration? The pop over to this week’s Travel Photo Thursday.