World at a Glance: The Stonehenge of Tonga (Day out Nukualofa)

Did you think stone henges was a phenomenon limited to Europe? Think again. The Ha’amonga ‘a Maui trilithon might be much smaller than the remarkable site at Salisbury Plain, but legends and mysteries surround this Tonga stonehenge as well. 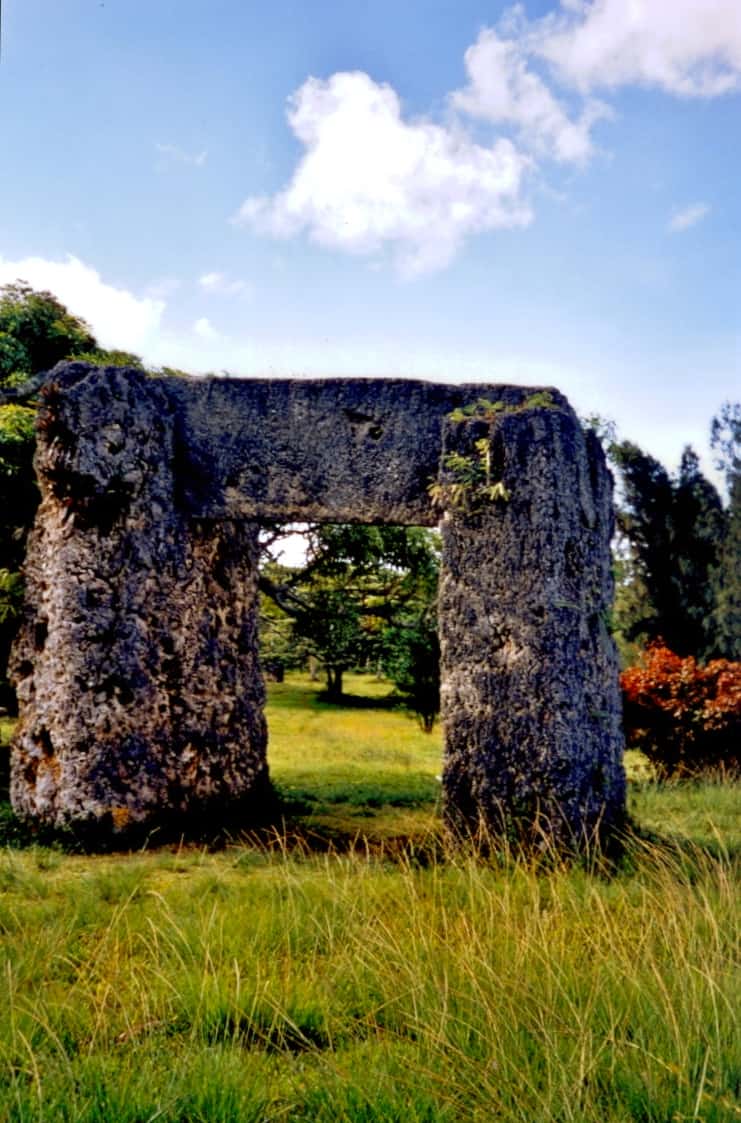 How were these heavy coral lime stones lifted and set into place? Surely no mere mortals could construct such a monument. How could they? The stones weigh about 40 tonnes each.

Ha’amonga ‘a Maui, such an intriguing name. It means Burden of Maui. According to legend, the demigod Maui went to ‘Uvea (present day Wallis Island), nearly 1 000 km away, and brought the stones back to Tonga in his canoe. A burden, indeed.

The truth, however, is more prosaic. The erection of this monument simply required lots of people, log rollers and various temporary falsework constructions. In the early 1400s, Tu’itatui, the 11th king of the long-lasting Tu’i Tonga dynasty built this giant archway to encourage his two sons to cooperate, we were told. The standing stones represent one son each: Lafa is east and Talaihaapepe is west; the horizontal beam on top binds them together. His way of ensuring (as far as such things can be ensured) the continued rule of the Tu’i Tonga family.

In the 1960s, when assigning astronomical meanings to mysterious structures around the world was all the rage, King Tāufaʻāhau Tupou IV – once famous for being the world’s heaviest monarch – became convinced the trilithon had been constructed according to sunrise at summer and winter solstices. Alas, there’s no evidence to support this. But he’s the king, after all, so that’s the story we tell, laughed our guide.

But he’s the king, after all, so that’s the story we tell.

King Tāufaʻāhau Tupou IV is gone now. I wonder if the guides still tell that story.