Yesterday would have been your birthday, mum. Just three days shy, on Friday 29 June, you died. It was a bleak, rainy day.

I don’t think I ever told you how inspiring you have been, mum. You raised us, my brother and me, all by yourself. It can’t have been easy becoming a widow, suddenly and brutally, with a toddler and a 2-month-old. But growing up, it never occurred to me that might be difficult. You were living proof it’s not what happens to us that counts. Rather how we respond to it.

You instilled us with heaps of self-confidence. I think I must have been well into my teens before I stopped believing the world could not exist without me (no doubt annoying everyone else).

You were tough and unafraid. When we were kids, you took us to New Orleans. No big deal today, but in the 70s, that was a long and complicated journey, involving five different airports. You had hardly been out of Norway before, never flown. Yet you thought nothing of taking two raucous kids abroad, and on such a long trip. First when I began travelling with my own kids did I understand the complexity of that. Damned admirable, mum. 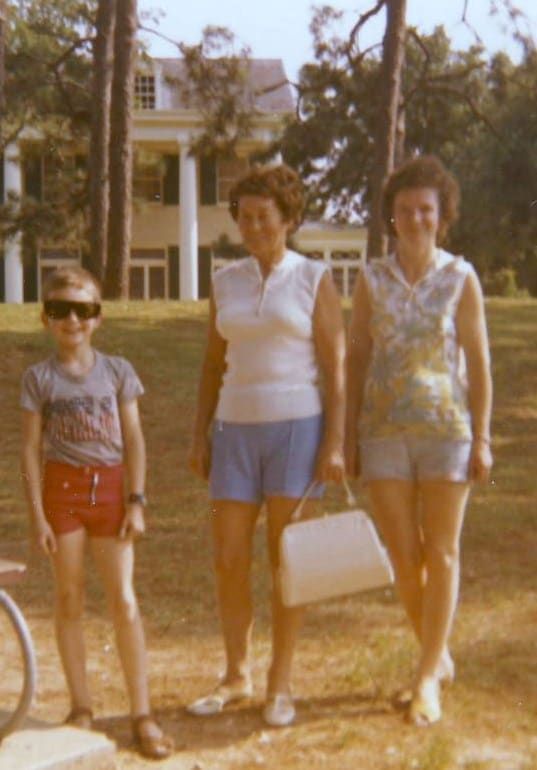 In New Orleans in the 70s

I never felt I missed out on anything by not having a father. There was nothing my friends had that I didn’t. I think I remember him. Though I suppose I can’t have, not really. I was only 2 when he died. Likely, it was the photo albums you showed us and the stories you told. You kept him alive for us. And you were quite the storyteller.

When I was expecting Alex and it became clear I was on my own, I never questioned whether I could make it as a single mum. After all, it was the only thing I knew. Also, I knew without a doubt you’d be there 110 %. And you were. I think you changed just as many nappies on her as I did. Perhaps more.

And when Alex and I travelled to China to get Cat, you were still there, from the moment you met us at the airport, teary-eyed, so moved at the sight of that beautiful, bouncy baby. My children were equally at home in your house as in mine. 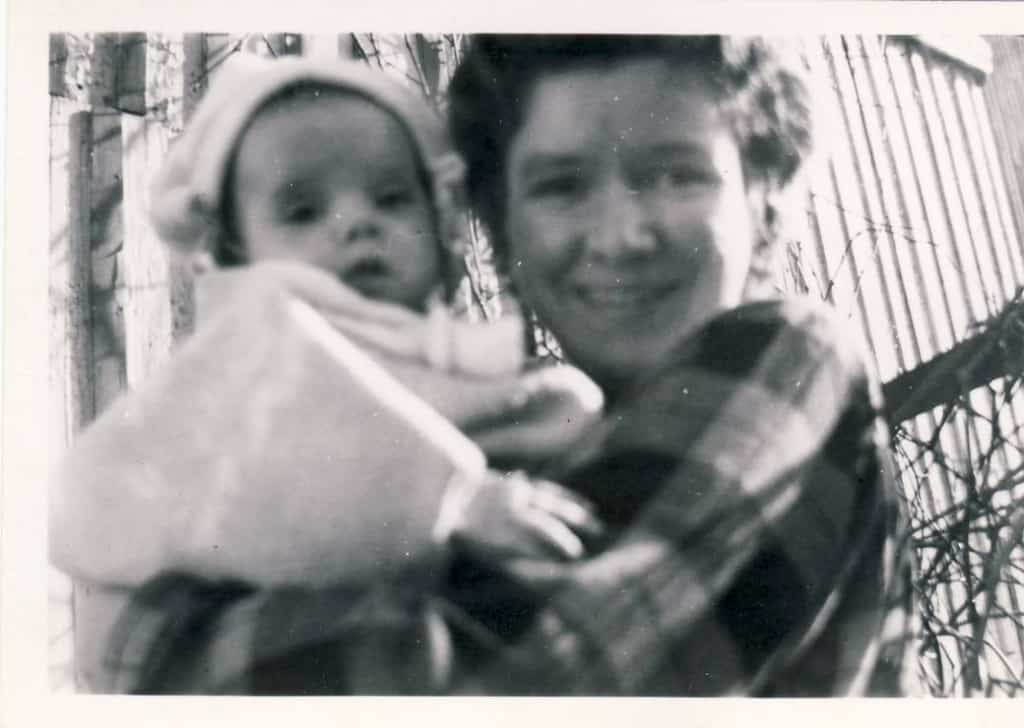 You were a practical, no-nonsense kind of girl. No patience with politics or grand philosophical discussions. Your children and grandchildren, your house and garden, the cabin your father built 112 years ago, where you spent many of the happiest days of your life; those were what mattered. The near things. The here and now. You were of the earth. Gaia.

For the first 85.5 years of your life, your body served you well. It was strong, lithe and energetic. You had extraordinarily good health. I can’t remember you being ill once. You life was very physical, very active. Your feet were your major means of transportation. Always outdoors, walking, working, gardening. And shovelling miles of snow each winter. Sometimes in the middle of the night. Without wearing a reflective vest. We worried a car would run you down outside the gates one dark winter night, and that would be that. “Hah,” you said. “Don’t be ridiculous!” 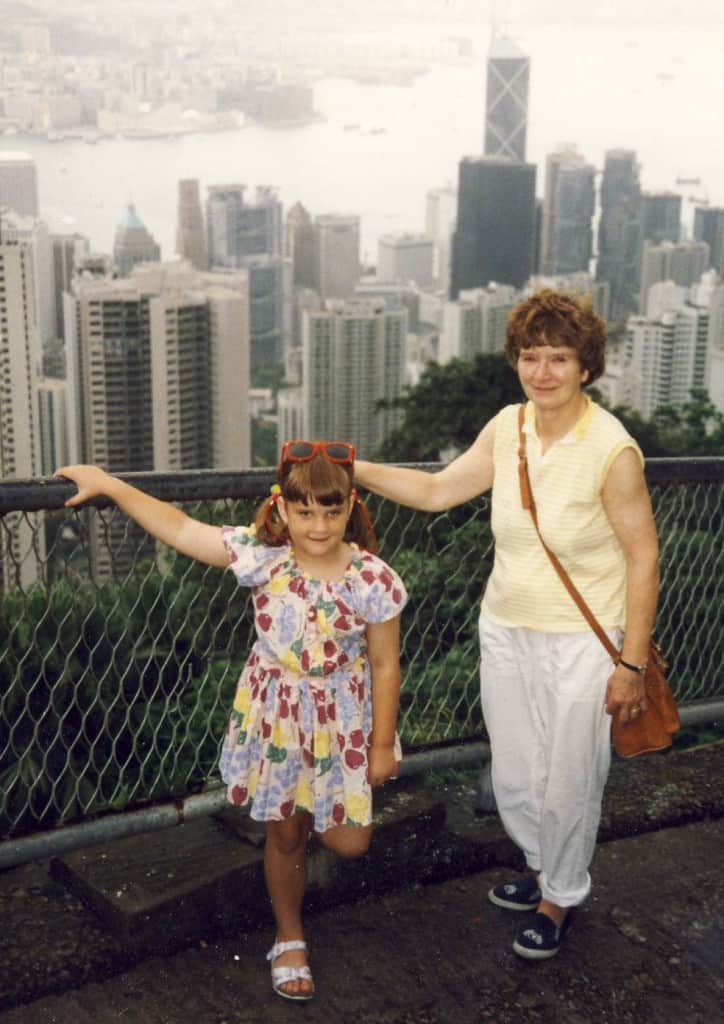 But in the end, it wasn’t a poor, unsuspecting driver that got you. The last year and a half was troublesome. You gradually lost strength, became tiny and fragile. Yet you continued to have a commanding personality.

You had strong opinions, mum – and a stubborn streak. You could drive me absolutely mad. We had numerous arguments over the years. That is, I argued. You didn’t. You mostly ignored my tantrums and just got on with things. Damned frustrating it was. Oddly, that makes me smile now.

The stubborn streak was useful. When county planning authorities wouldn’t let you renovate the boat house at the cabin, I said “well, that’s that, then”. But you would have none of that. You kept fighting the bureaucracy, peppering them with letters. Handwritten. And you won! It took a few years, but you won. You finally saw the boat house up last autumn, just before the snow. “As soon as summer comes, the boat house must be painted,” you said.

An 87-year-old dying isn’t tragic. It’s merely the way of life. But I miss you. I even miss your infuriating stubbornness. It feels unreal knowing you’re no longer in the yellow house on top of the hill, just a few hundred metres away. A bad dream.

In the end, you were like a baby bird with a broken wing. During the last four days and nights, we were all there in the hospital room with you. Somehow they managed to fit beds for all of us in that one room.

All your energy was needed just to breathe then. There was nothing I could do for you, apart from being there. Nothing anyone could do. Gradually, your body shut down, like a music box winding down. Until you drew your last breath. At 5:25 pm on Friday.

You would have been 87 yesterday. Inside, you were always the young girl at the cabin in the forest. 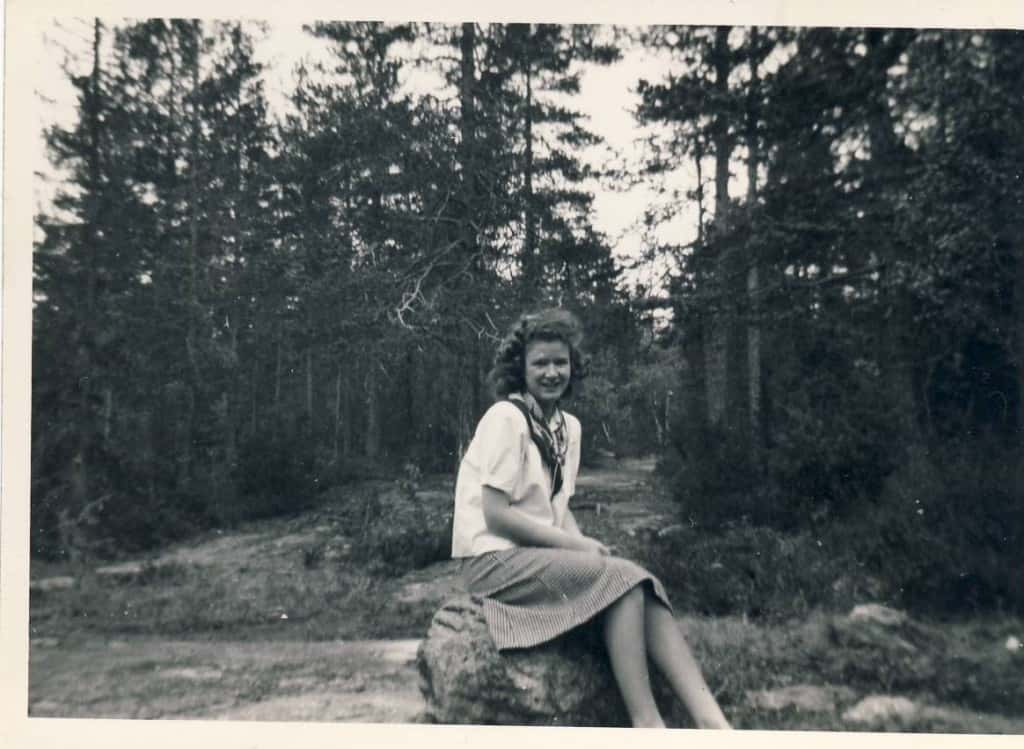 Yesterday, we celebrated your birthday. We rounded up friends and rustled up a spontaneous barbecue in your garden. We played the usual games: archery, croquet, boules. You always won at boules, even last summer. You had a good aim and a strong right arm. Damned strong for 86.

I don’t think I ever told you how inspiring you have been, mum. I reckon I have another good 40 years in me. I’ll tell you then. Which, I suppose, is but a blink of an eye in the grand scheme of things.

Meanwhile, we’ll get on with painting the boat house.

See you down the road, mum!