Murder and Mayhem in London through the Ages – Part 3: Jack the Ripper

123 years ago, a man known as Jack hung around Whitechapel, ridding the world of prostitutes. Five murders have been attributed to him. Grotesque murders, but still “only” five. Judging by the number alone, he seems a bit of an amateur among serial killers. Yet, he is the most famous of them all. Never discovered, Jack the Ripper has been the subject of myths, urban legends, conspiracy theories and plot for a good number of novels.

On this chilly evening, Whitechapel seems sanitized and a bit dull. The only interesting building around is the landmark known as the Gherkin. It takes a pretty big leap of the imagination to picture a man sneaking around here, slashing up prostitutes. In fact, it all looks slightly disappointing. Until Jason begins to elaborate; thus underlining the importance of a good story teller. 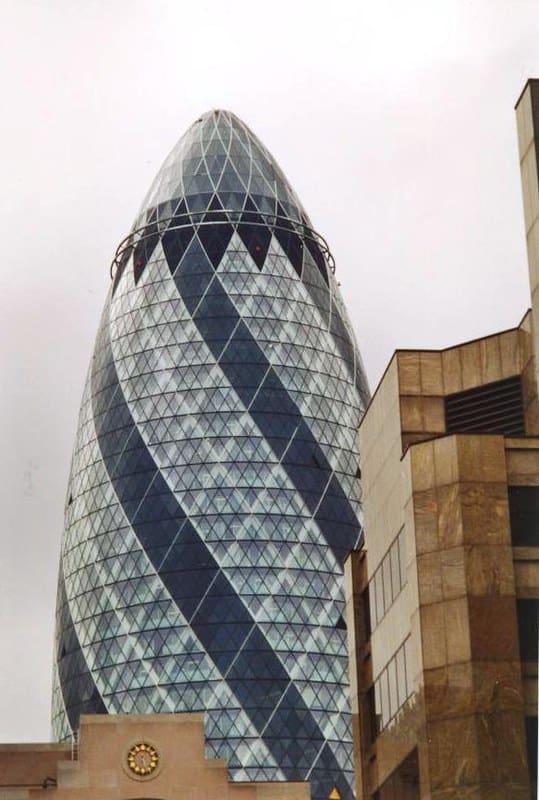 Picture if you will, Whitehall in late summer of 1888. A crowded slum with the most abject living conditions. 15 – 20 % of London’s then 4.5 million inhabitants lives in this area. That’s about 900 000 people sharing 1.5 square miles! Though only a mile from the City of London, it’s a different world. A lawless world.

It’s late in the evening of 30th August. Although it’s summer, it’s a cold night. Your name is Mary Ann Nichols, but everyone calls you Polly. You’re 43 years old and the mother of five children. Life’s hard, so you turn to the bottle. Gin’s your tipple; it’s cheaper than beer. You’ve had a jolly good time at the pub and you now want a good night’s sleep. Not so easy, that. Turns out you’re lacking four pence to rent a bed in the lodging house. But no worries. You’ll rake in those measly 4 p in a matter of minutes, using your considerable skills with men. Also, you have a nice, new bonnet. They can’t help falling for you. So off you go. But something happens. You meet a man who’s not impressed by your new bonnet at all. He’s a nasty piece of work. And before you know it, a “jagged wound runs the length of the abdomen”. Thus read the police report.

Only eight days later, Annie Chapman found herself in the same predicament. Needed somewhere to sleep, was out and about trying to earn it and didn’t make it through the night alive. She was 47 and mother of three children.

A Swedish girl was next, Elizabeth Stride, born Elizabeth Gustafsson in Gothenburg, also in her forties. She was more of a veteran; engaged in the business since she was 17. An international prostitute, even; active both in Sweden and in England. Elizabeth was found in the early hours on 30th September.

Just an hour later, victim four was discovered. 46-year-old Catherine Eddowes had been brought in to police custody earlier that night for drunk and disorderly behaviour; then released. Three witnesses saw her talking with a man at about half past two in the morning. Ten minutes later she was found murdered and badly cut up. Her kidney had been removed. So had part of her uterus. One wonders how he had the time.

This all happened on Mitre Square where we’re standing. Jason eagerly points to the corner where she was found, and to where she must have walked just minutes before that. By now, it’s quite dark; the nondescript present-day Mitre Square is not that well lit. Suddenly, the imagination kicks in. Is that a dark bundle I see, in the corner over there? And someone standing over it? Spine-tinglingly eerie!

About six weeks later, Mary Jane Kelly – at 25, a mere slip of a girl compared to the other four – became the final victim. She was found in her bed by her landlord who came to collect the rent. Dead and brutally butchered. 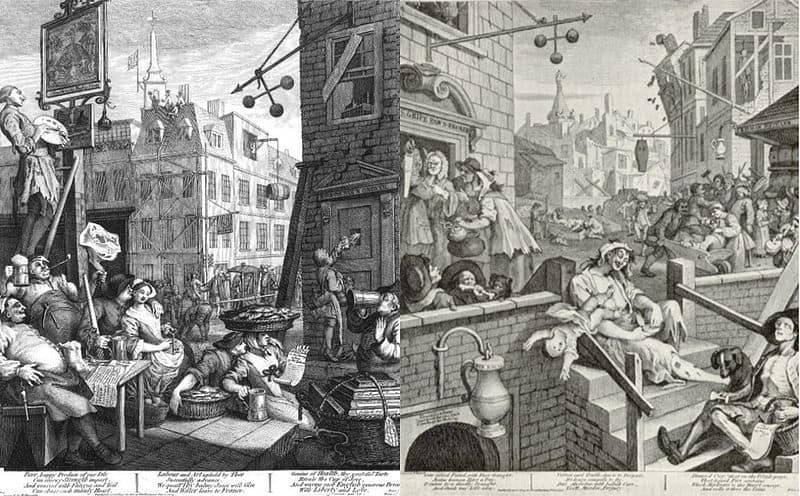 Mary Jane was fond of drink, too. Gin was the staple of the working class as Madame Geneva was cheaper than beer. The consequences were also much worse, at least according to 18th century artist William Hogarth. In his work Beer Street and Gin Lane, he paints a vivid picture of the benefits of beer to you and to society in general – and the evils of gin.

The painting is said to have been partly inspired by a story of a woman who killed her baby to sell the baby clothes for gin money. Vile stuff indeed. I’ll think of that next time I’m enjoying a GT. Or perhaps not.

This is an excerpt, somewhat reworked, of my Boots’n’All article on Jack the Ripper.

This concludes the series of deliciously dreadful London of the past. In addition to spooky Jack, we’ve covered London’s bridges and some eerie executions. Hope you’ve enjoyed it!