On a dramatic cliff in the hills above a large, brawling city, there’s a hotel. A deliciously kitsch, bright pink Hollywood hideaway in Acapulco, a secret refuge for film stars in the 1950s. 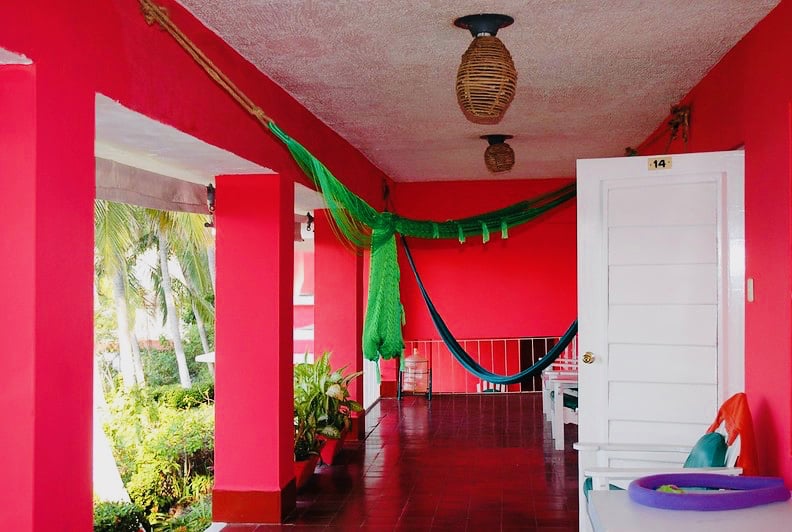 We only stopped for the spectacular ocean views, and for drinks on a hot day, so this will not be a proper hotel review. I know nothing about the rooms. I hear they’re fairly basic, but all I saw were large, lovely balconies and a board announcing very reasonable prices. 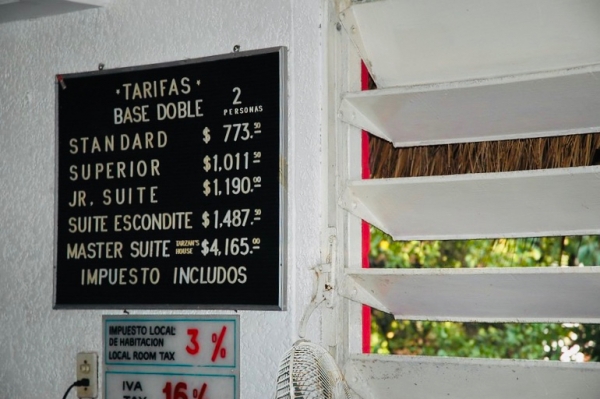 A Hollywood Hideaway in Acapulco 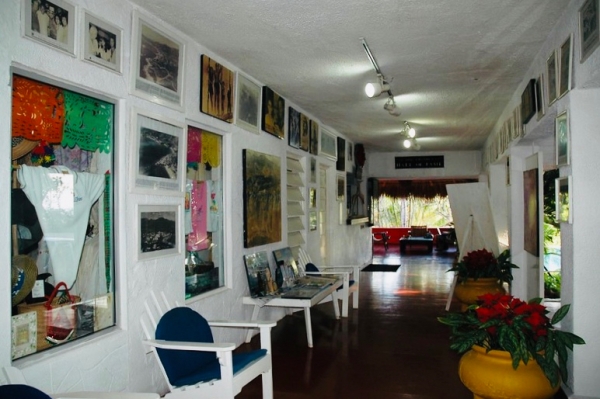 Hotel Los Flamingos isn’t just any hotel. This was the haunt and secret hideaway of 1950s Hollywood stars.

John Wayne, Cary Grant, Errol Flynn, Fred Mc Murray, Rex Allen, Red Skelton, Roy Rogers and Tarzan himself, Johnny Weissmuller, all hung about here, hiding away from the less than relaxing Hollywood life. Their photographs line the lobby walls, some a bit… self-indulgent, shall we say? 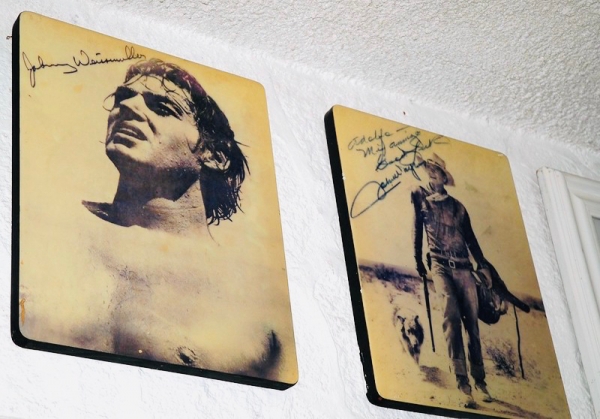 I can’t help but notice a distinct lack of females, Hollywood stars or otherwise. A hideaway from women, too, perhaps? 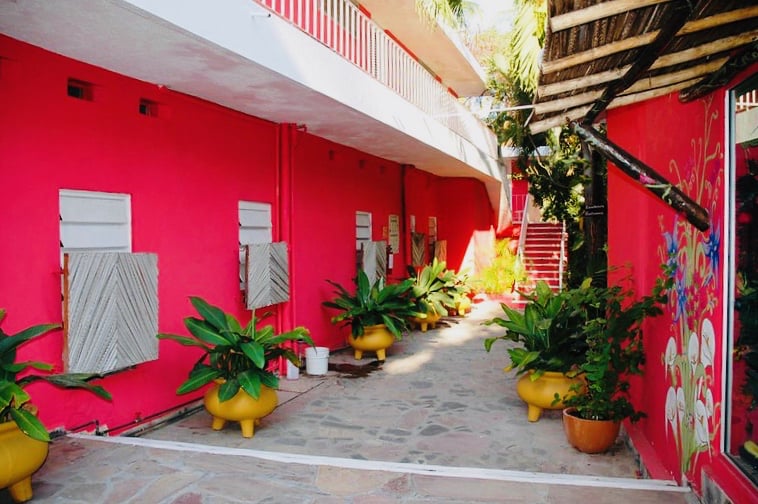 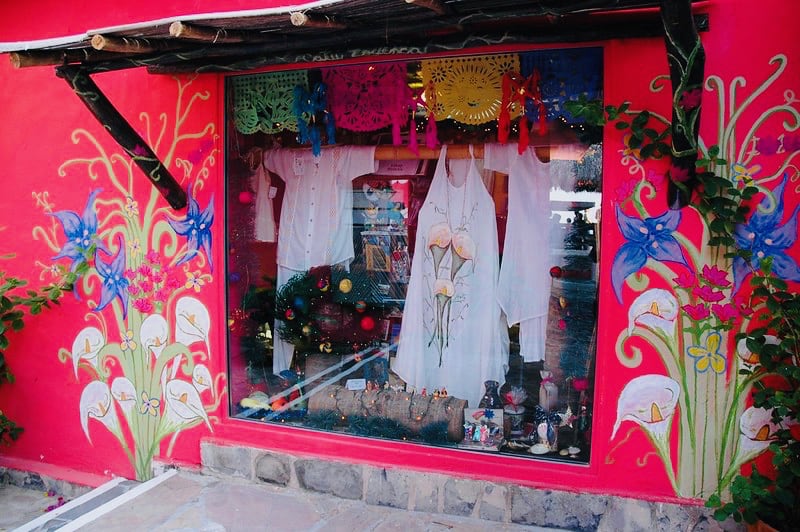 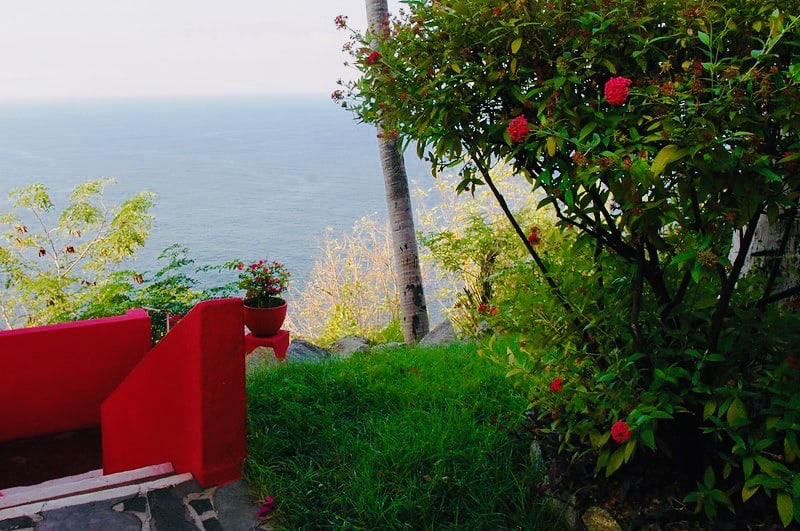 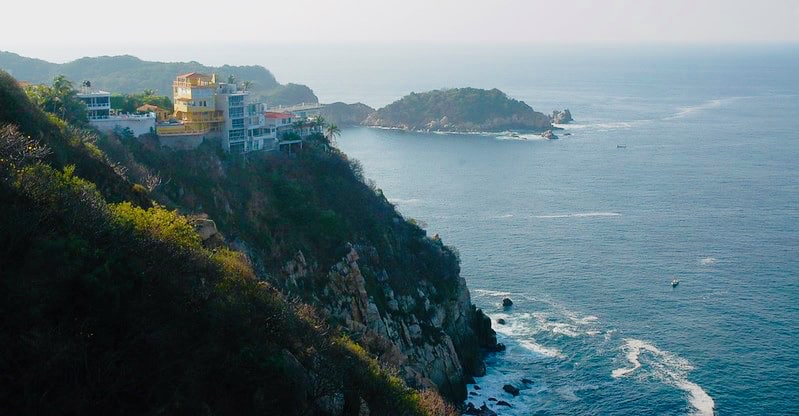 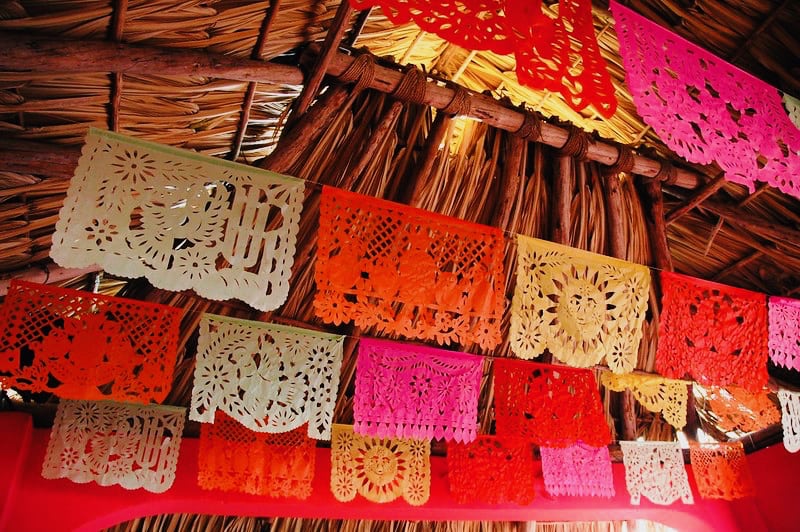 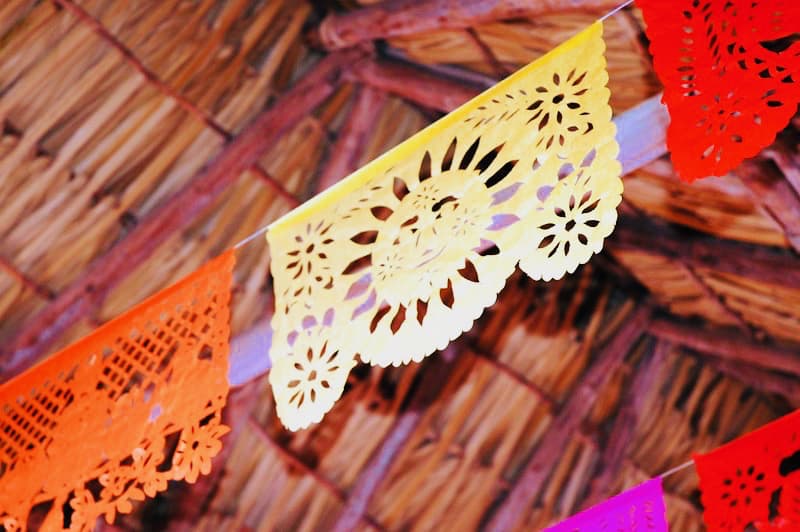 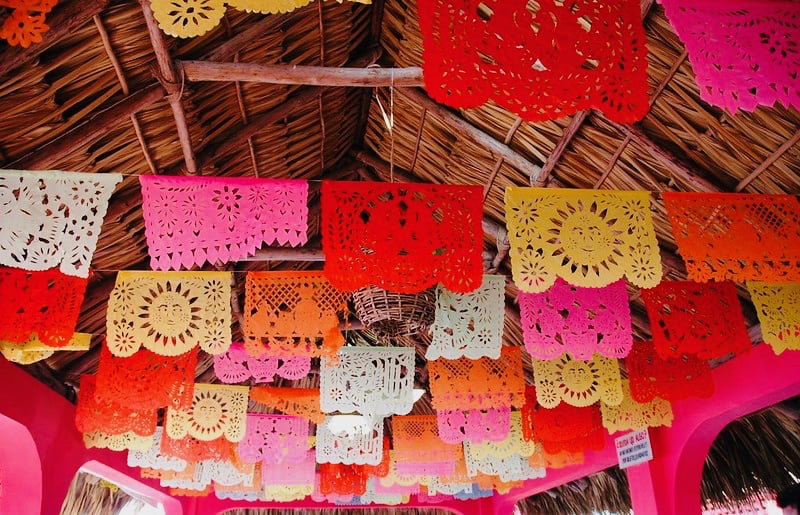 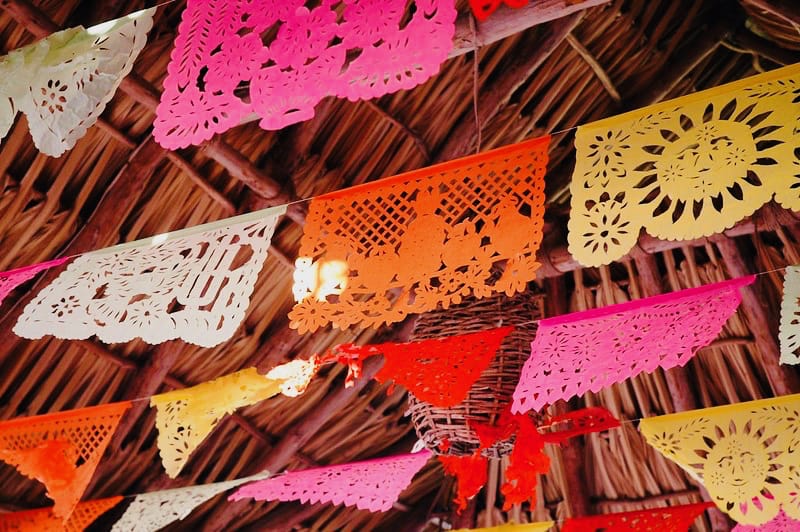 I’d love to spend a night or two in this world of faded grandeur. Sunsets and champers must be absolutely ab fab up here. Sunrises, too, of course. But somehow this place seems to inspire late nights rather than early mornings. 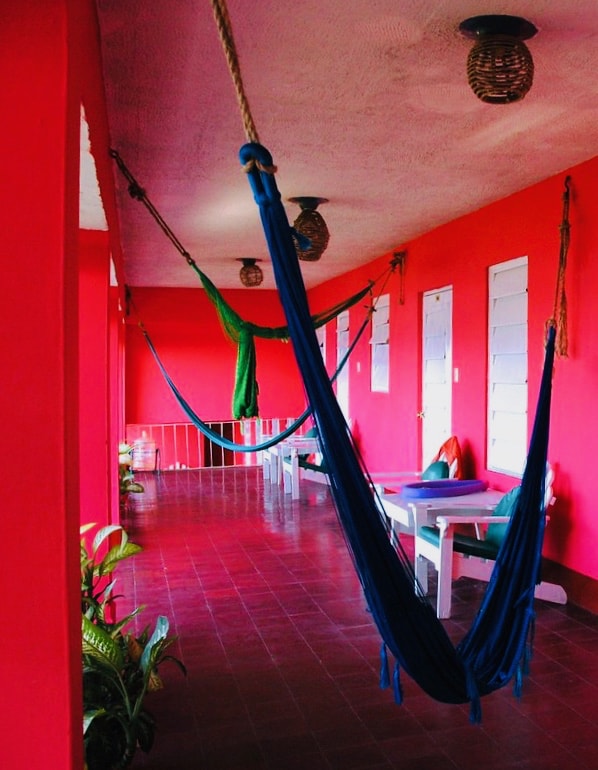 A lazy afternoon in the hammock, on the other hand, a slight ocean breeze, a Margarita in hand… – or perhaps a yummy Coco Loco, invented here, I’m told. 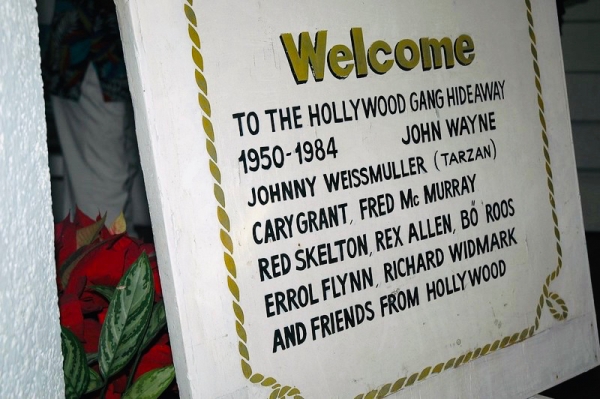 Hotel Los Flamingos is located near La Quebrada of mad cliff diver fame. Acapulco’s main square and several beaches are within walking distance (if you can stand the heat).

Want to come along to Los Flamingos?