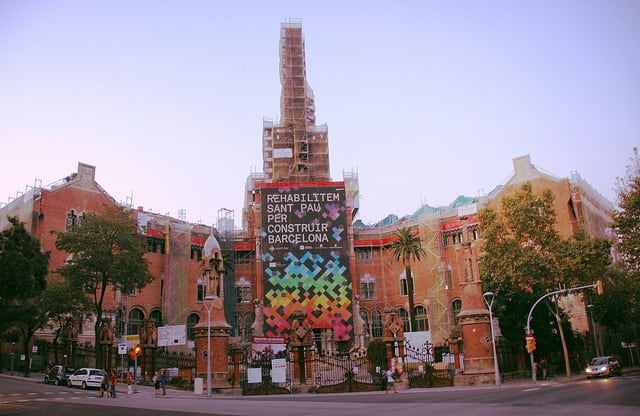 Antoni Gaudi isn’t the only famous Barcelona modernist architect. Another one is Lluís Domènech i Montaner. I was introduced to some of his spectacular buildings during a walking tour of Barcelona. The walk did not comprise Hospital de Sant Pau, but I had the opportunity to wander about the grounds of this hospital during another visit in the Catalan capital. 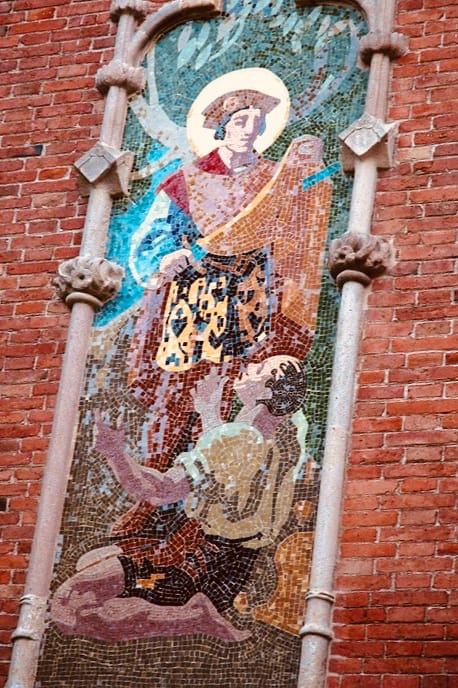 Hospital de Sant Pau and another Doménech i Montaner classic, Palau de la Música Catalana, together form one of Barcelona’s World Heritage sites. According to UNESCO, these two buildings are

masterpieces of the imaginative and exuberant Art Nouveau that flowered in early 20th century Barcelona.

For the Hospital de Sant Pau, UNESCO goes on to say:

The Hospital de Sant Pau is equally bold in its design and decoration, while at the same time perfectly adapted to the needs of the sick.

Who says functional buildings can’t be beautiful… In fact, if you’re sick, might it not be restorative even? Lying in a hospital bed can be boring at the best of times; being surrounded with an environment that pleases the eye and challenges the mind can surely help healing, don’t you think?

The hospital was built at a time when city health became an issue. Here at Hospital de Sant Pau, Doménech i Montaner designed separate pavilions connected by underground passages. It was a fully functioning hospital up until 5 years ago. Today, it serves as headquarters of various international organisations, including the United Nations University Institute on Globalisation, Culture and Mobility. 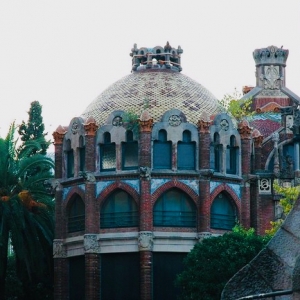 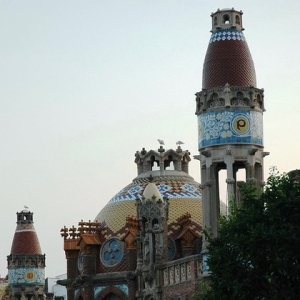 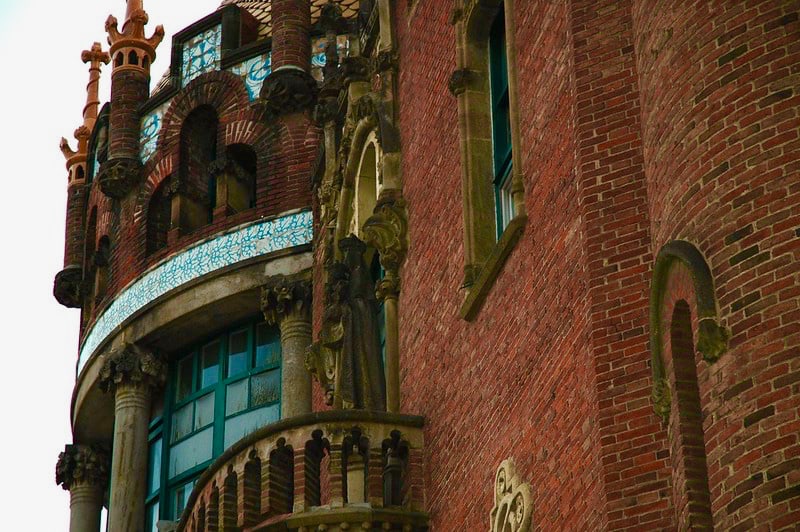 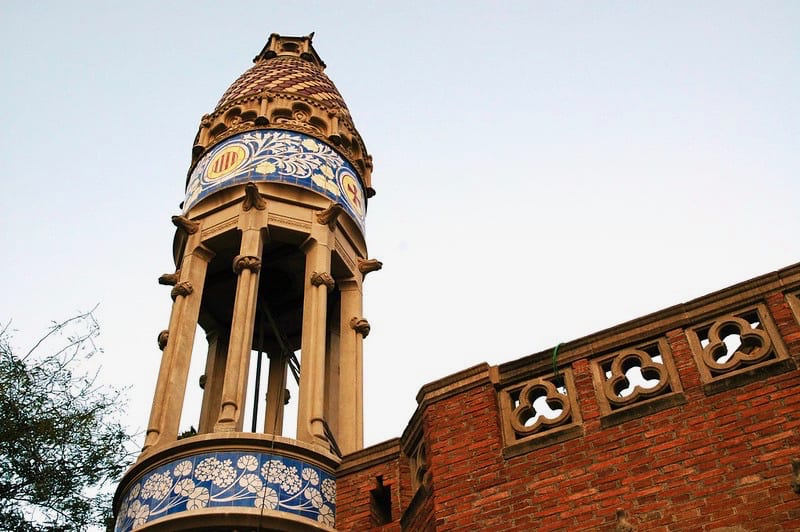 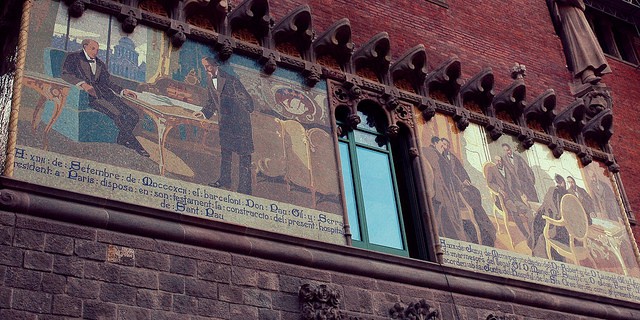 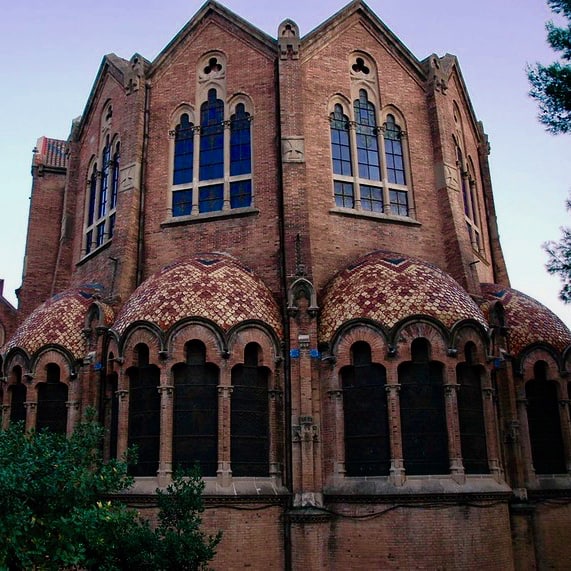 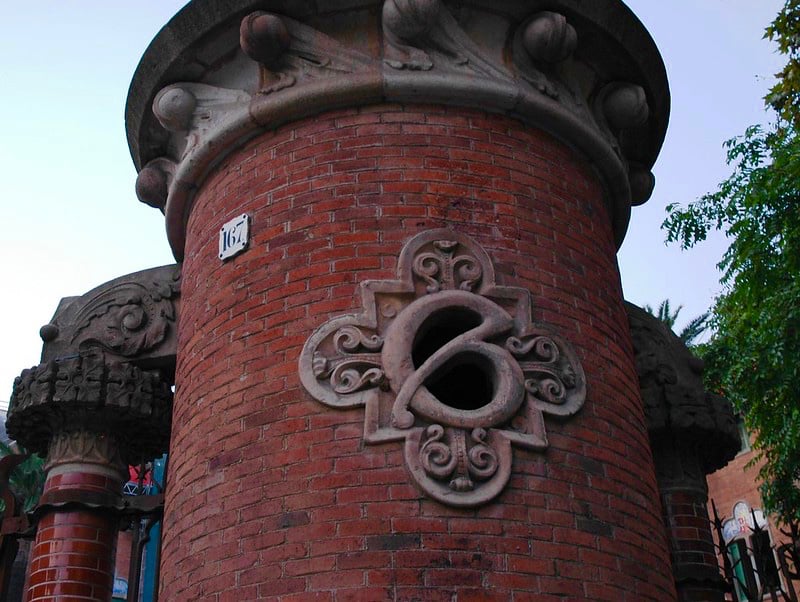 Do have a look at Hospital de Sant Pau when you’re in town. It’s easily accessible, just a few hundred metres from La Sagrada Familia, and well worth the effort with all its fantastical structures, quirky corners, sculptures, mosaics, stained glass windows and heaps of curious details. And there are cats. Lots of cats. 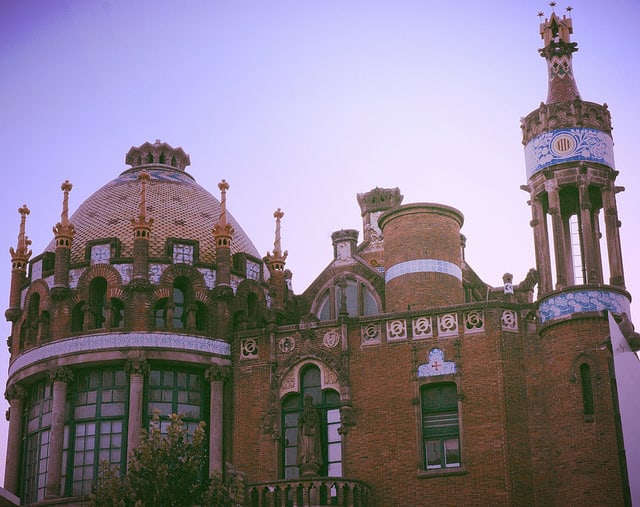