Ever wanted to learn how to make whisky? Here’s your chance.

But what about uisge-beatha, you say? What does that mean? Read on, and all will become clear. 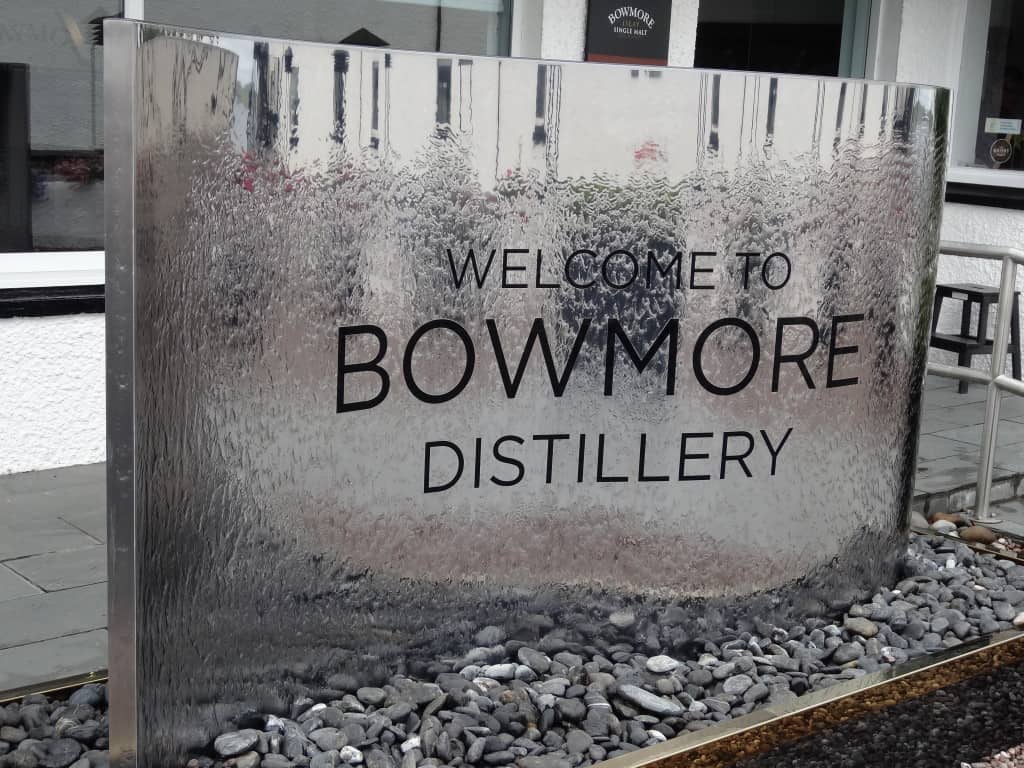 We did a 4-day whisky tour of Islay, a small island in the Hebrides. The tour took us all around the island. Along with a selection of the distilleries that make up the heart and soul of Islay, we also stopped at many scenic points, beaches, and ruined castles. A thouroughly enjoyable trip. Even though I didn’t have a taste for whisky when I set off, I have developed a liking for the Islay kind after so many visits (and tastings).

First, we checked into our cottage; Distillery House. 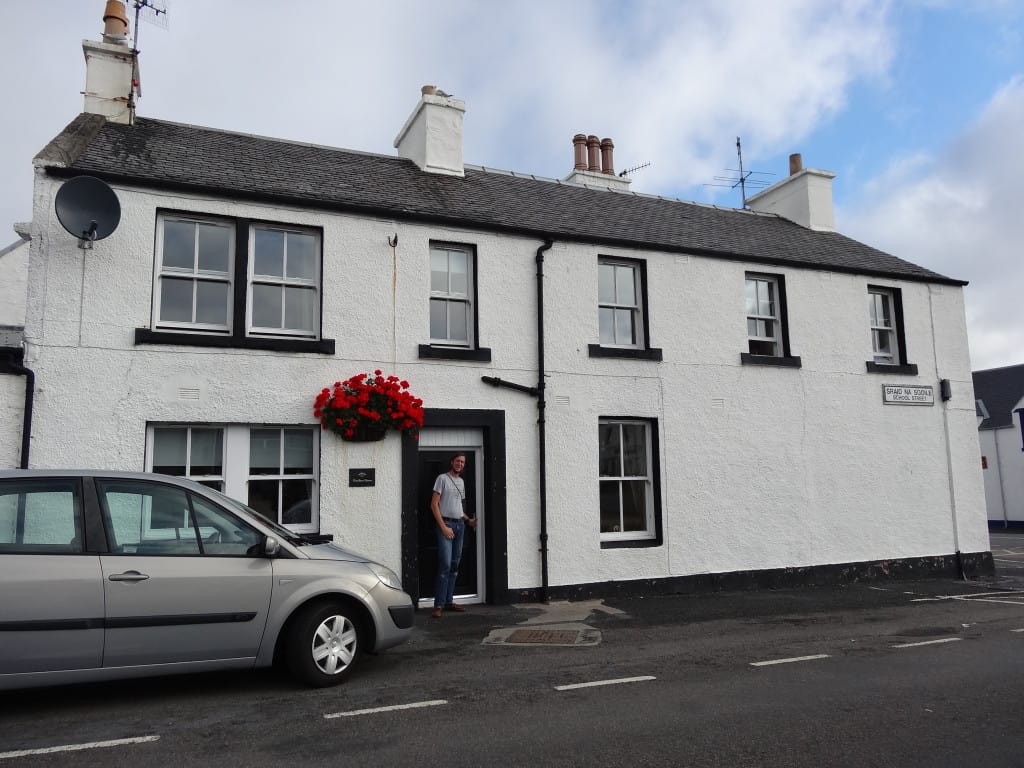 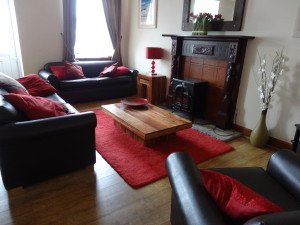 The cottage was lovely and had everything we needed, complete with Bowmore tartan pillows and throws. 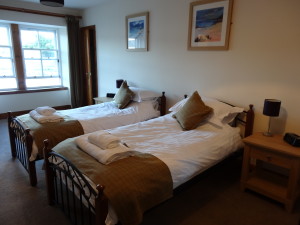 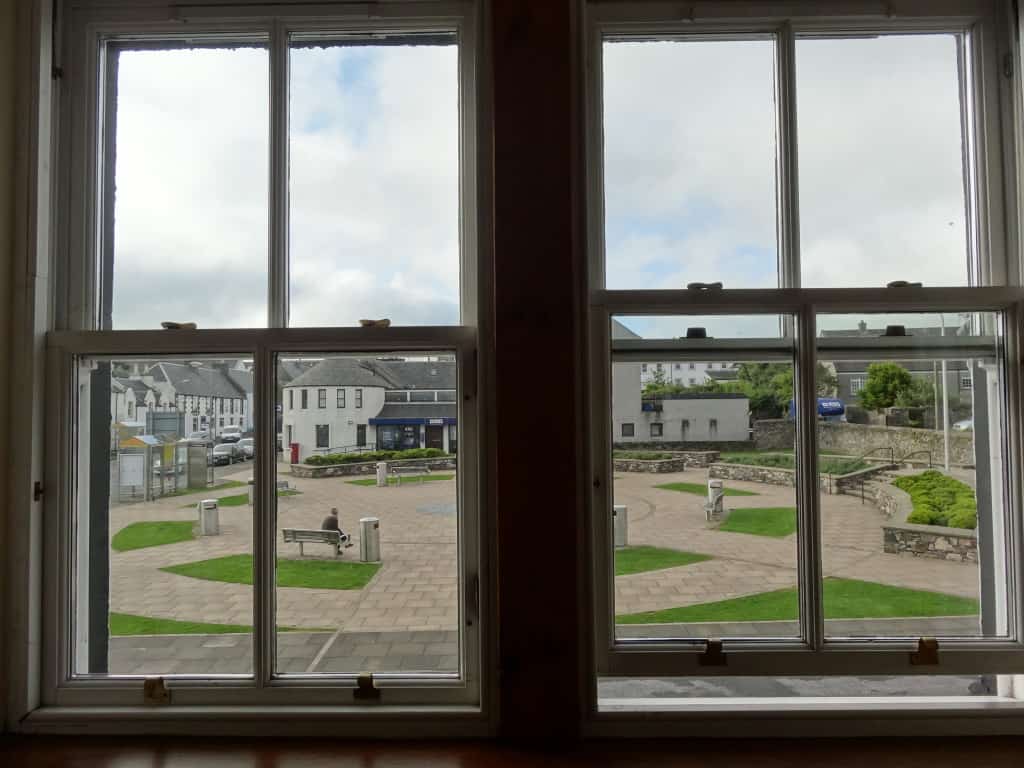 Lovely view of Bowmore Square from our bedroom window

We visited six of the eight distilleries on Islay: Bowmore, Ardbeg, Laphroaig, Lagavulin, Kilchoman and Bruichladdich. All of them are worth a separate post, but I suspect there are limits to how much whisky you want (metaphorically speaking). As we lived at Bowmore, I’ll focus on that. Incidentally, the village is also called Bowmore, and is the administrative hub of Islay. 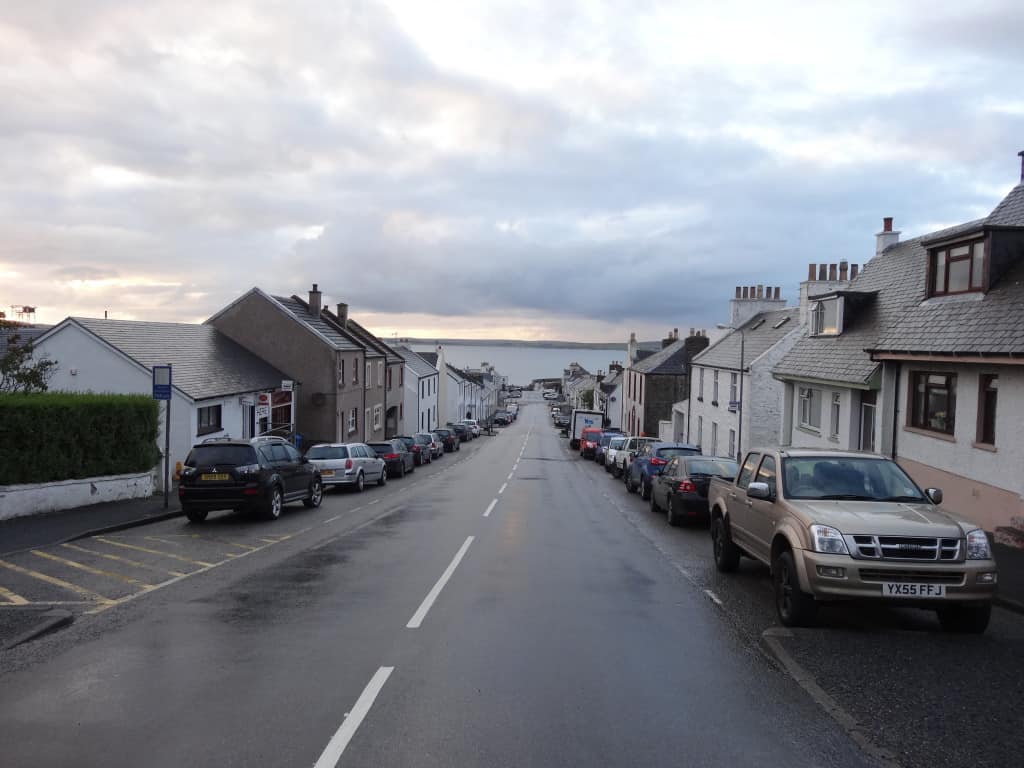 As you can imagine, after visiting so many distilleries (also including Oban on the mainland on the way back to Edinburgh), I now feel like I could make whisky with my hands tied behind my back. Though it’s not a very complicated process, what I really appreciated about it, is the traditional techniques still being used in all the distilleries. I like the fact that no computers and fancy machines are involved, and that there are still Ileachs who do the nitty gritty. 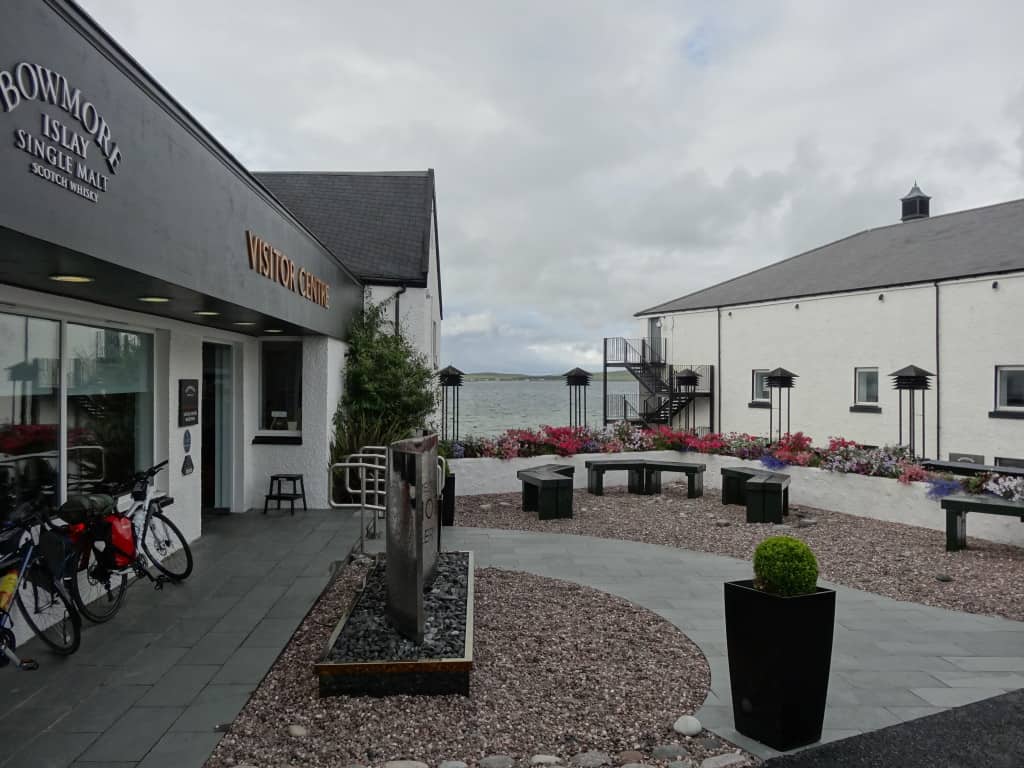 How to make whisky the Islay way

So, how does it work then? To begin with, barley is spread on the malting floor after being thouroughly steeped in water. After that, it needs to be turned (by hand) every four hours, day and night. Peat is collected out on the marshes, and after being dried, it is used to smoke the barley to give it that distinctive peaty Islay taste. 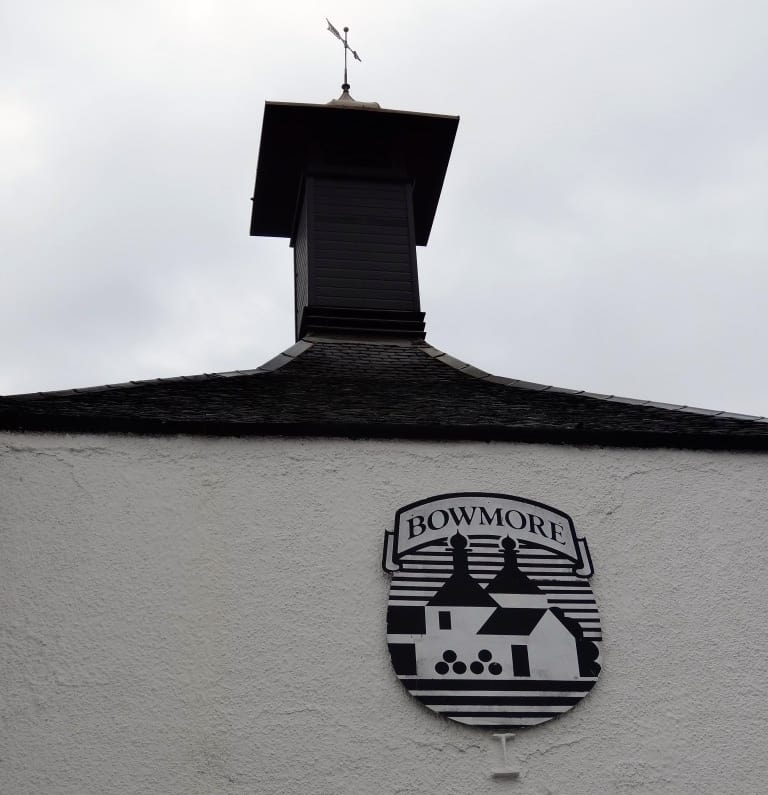 Bowmore is one of the few distilleries left that use their old Pagoda chimneys to smoke their malt.

The grains left after the smoking is called malt, and this is grinded to a semi-fine substance called grist. At Bowmore, they still use their Porteous mill from the 60s, which grinds eight tonnes of barley in three hours. 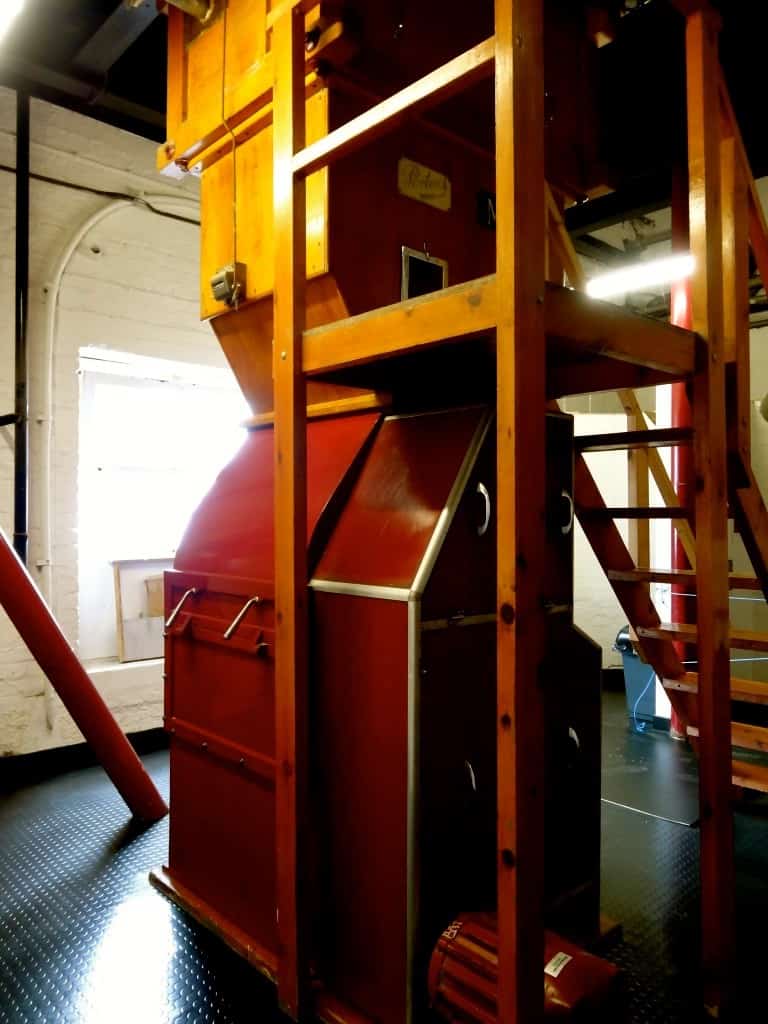 After the grinding, the grist is put into the Mash Tuns along with yeast and fresh water from Bowmore’s own water supply. The Mash Tuns at Bowmore are over 100 years old, built around the same time as the Titanic! Also, nothing goes to waste at Bowmore Distillery. The protein rich spent grain from the Mash Tun is sold to farmers who feed their Highland Cattle with it. Apparently it’s very popular with them. 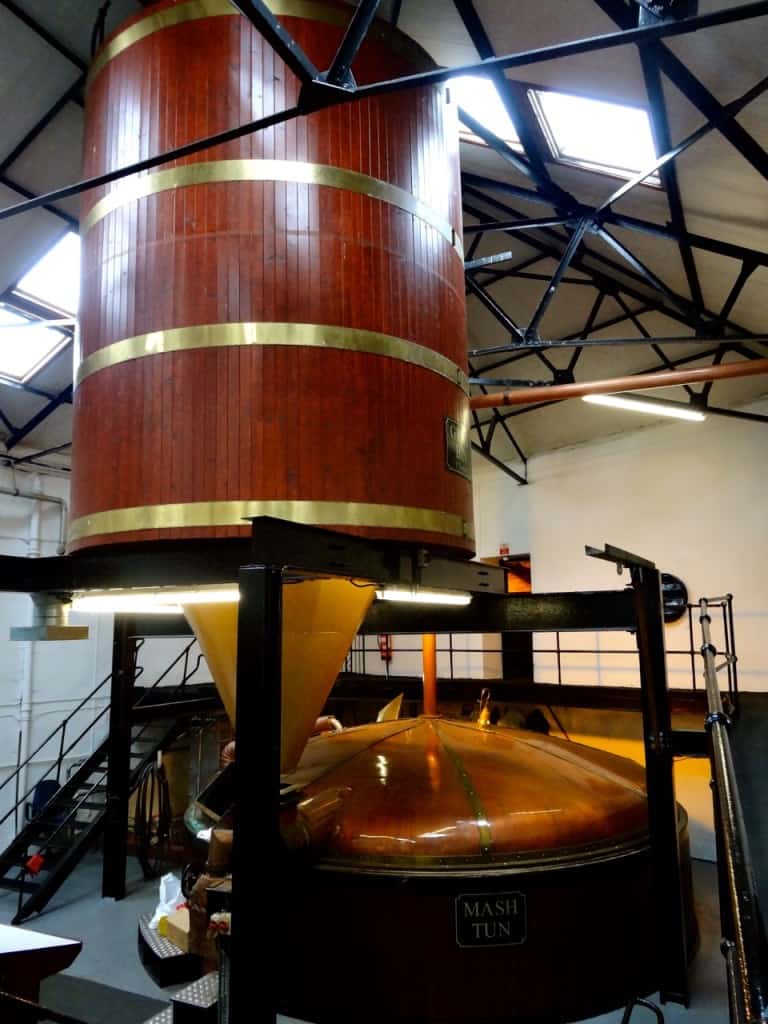 The mixture is left in the Wash Backs to ferment… 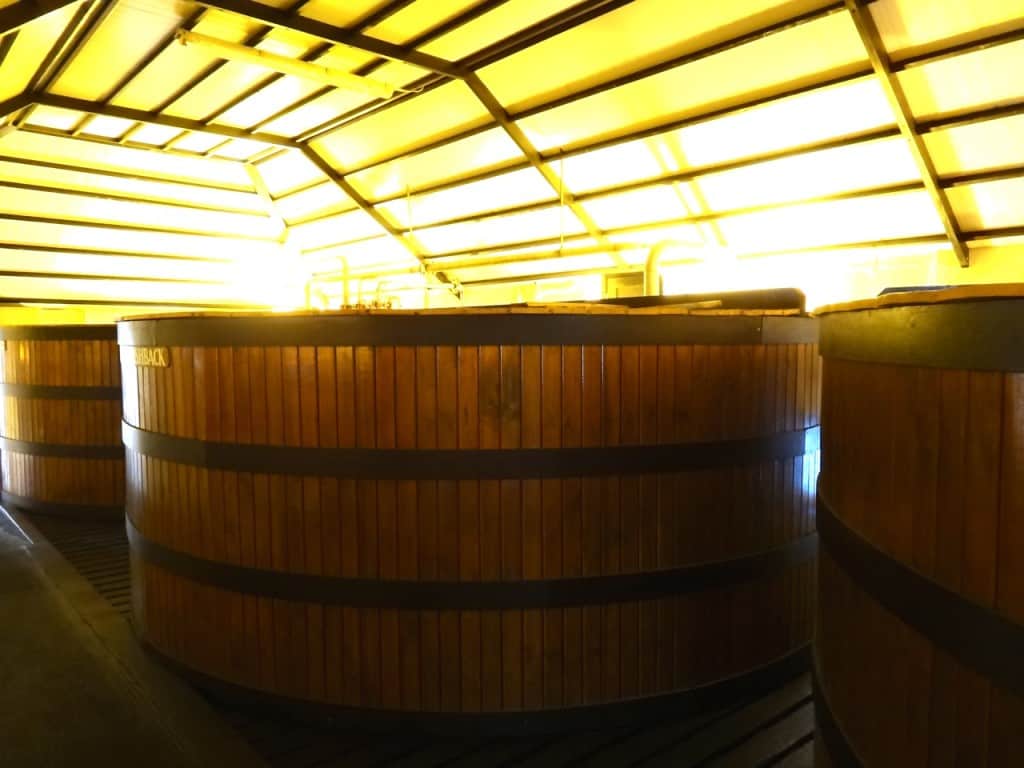 …and then sent to the stills, where it is triple distilled. 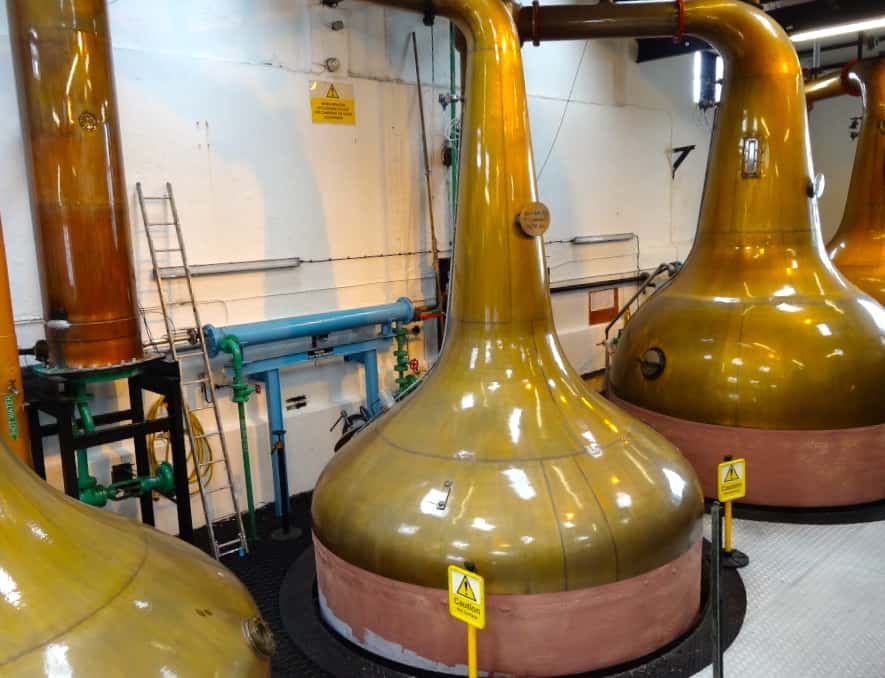 The Spirit Safe makes sure the alcohol level is safe. After all, uisge-beatha is gaelic for ‘water of life’. 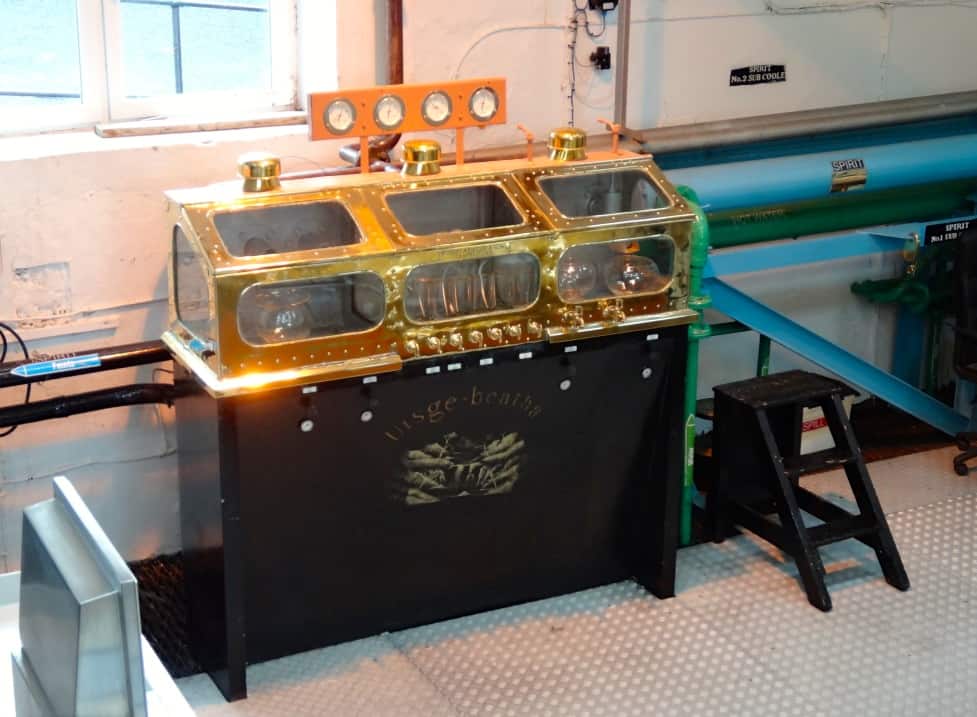 And that’s that! The clear spirit is now ready to be put into sherry barrels and stored for a minimum of three years before it can call itself a proper whisky. 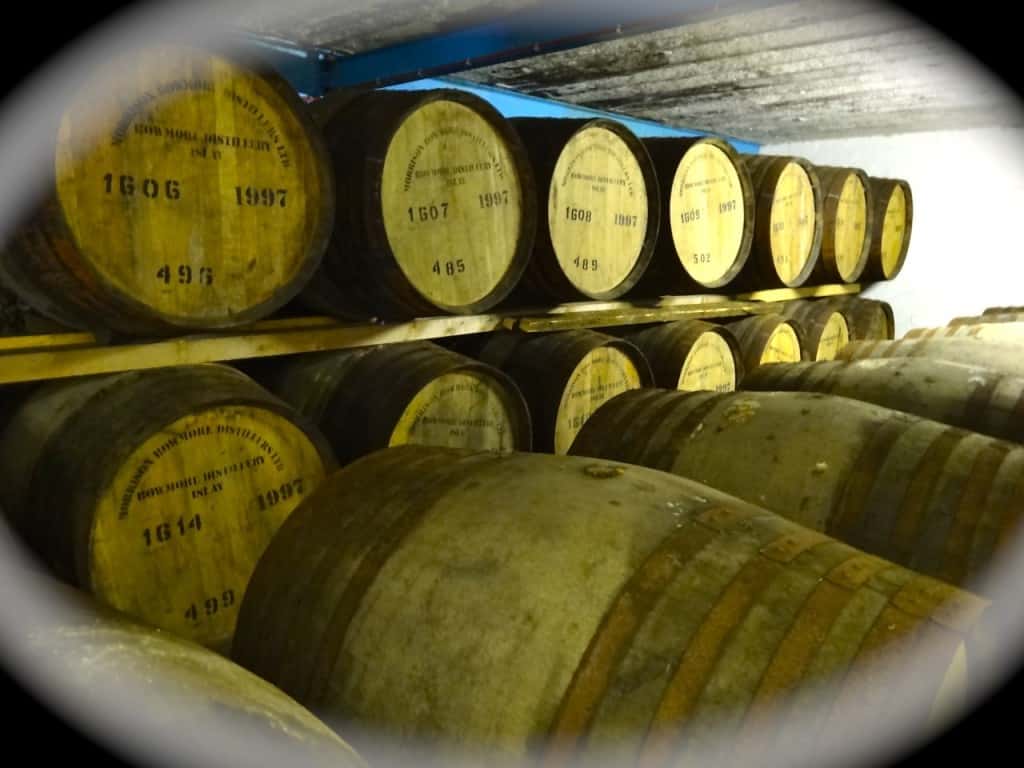 We booked with Rabbie’s, paid for it all ourselves and are happy to recommend them.